This week I’ve been spoilt for choice for my six. Some will make it into next weeks six, while others haven’t made the cut. I’ve somewhat neglected the back garden while I’ve been sorting the front garden but I’ve discovered bindweed so I need to very carefully weed the borders to try and stop it establishing.

I started growing these from seed in trays. I then moved them straight into the ground and forgot about them. Then when I saw flowers emerging I almost removed them as weeds but asked for an ID on Twitter. The pack came with a variety of types in. They’ve been popular with the insects and there very pretty. I’d grow them again but I would probably put them further forward in the border as they are hidden a bit behind dahlias. 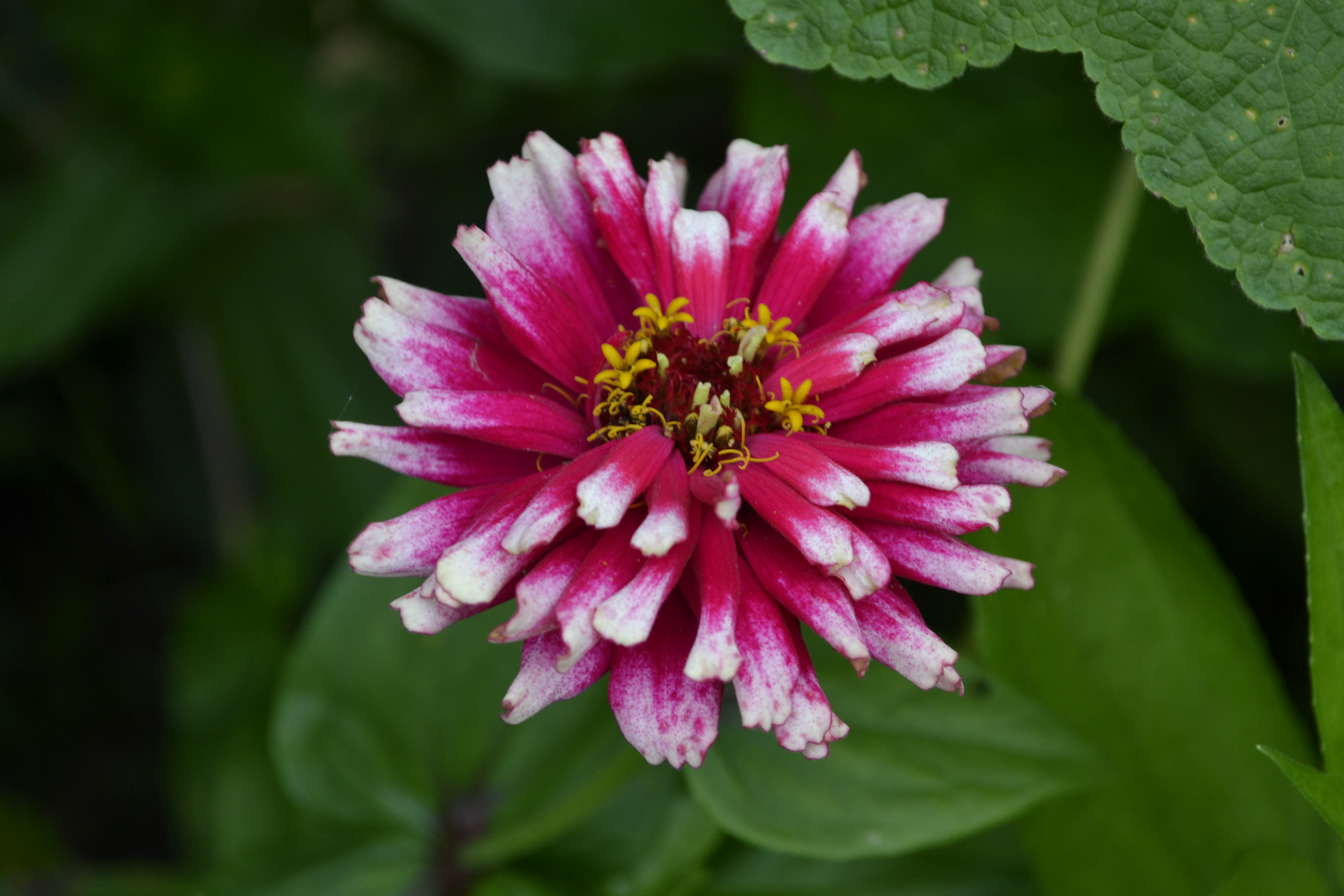 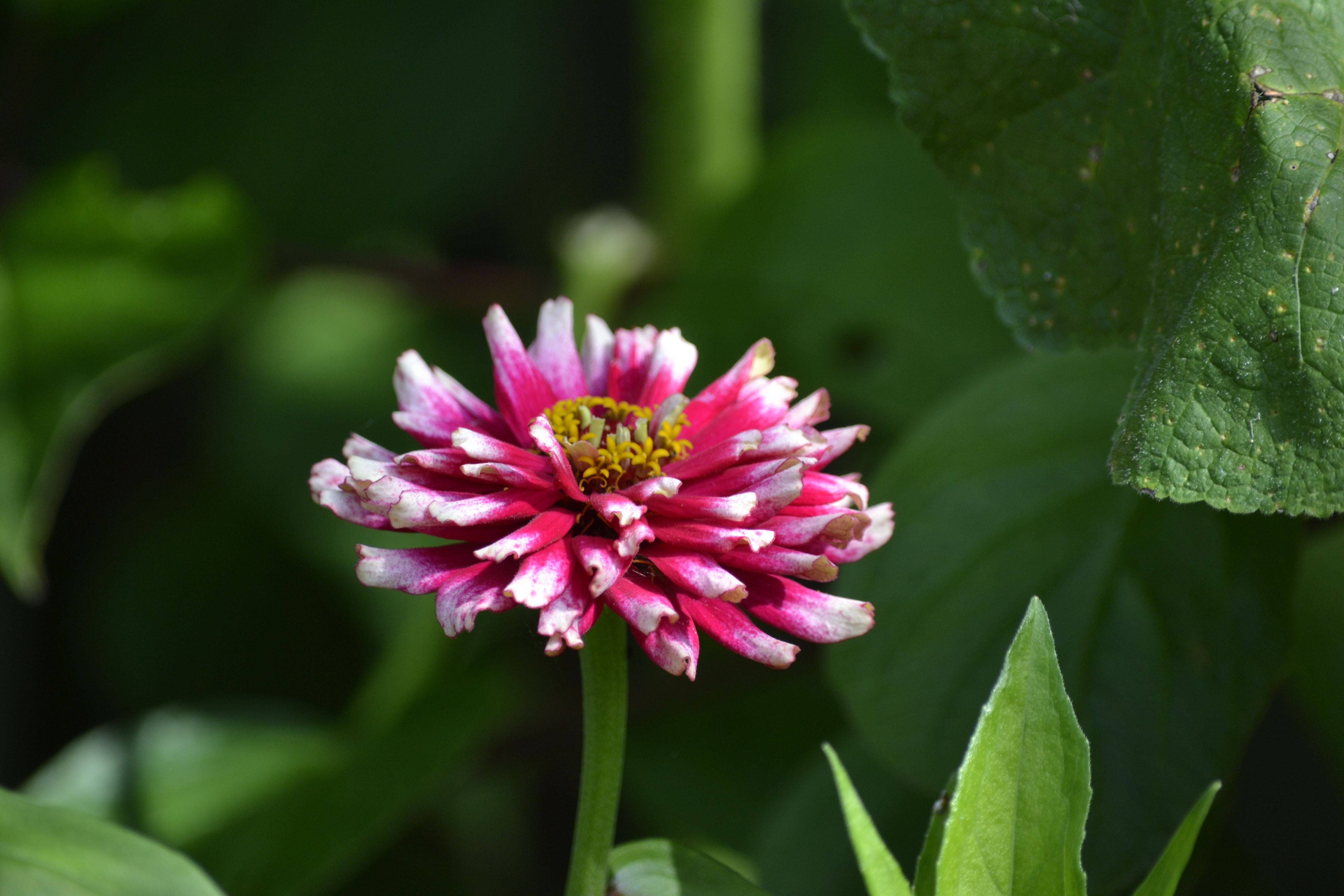 This clematis was already in the garden when I took over the garden. It barely flowered so I gave it a hard prune and it has been giving a few more flowers each year. It is growing out of a thicket of shrubs and then gradually colonising the top of the fence. 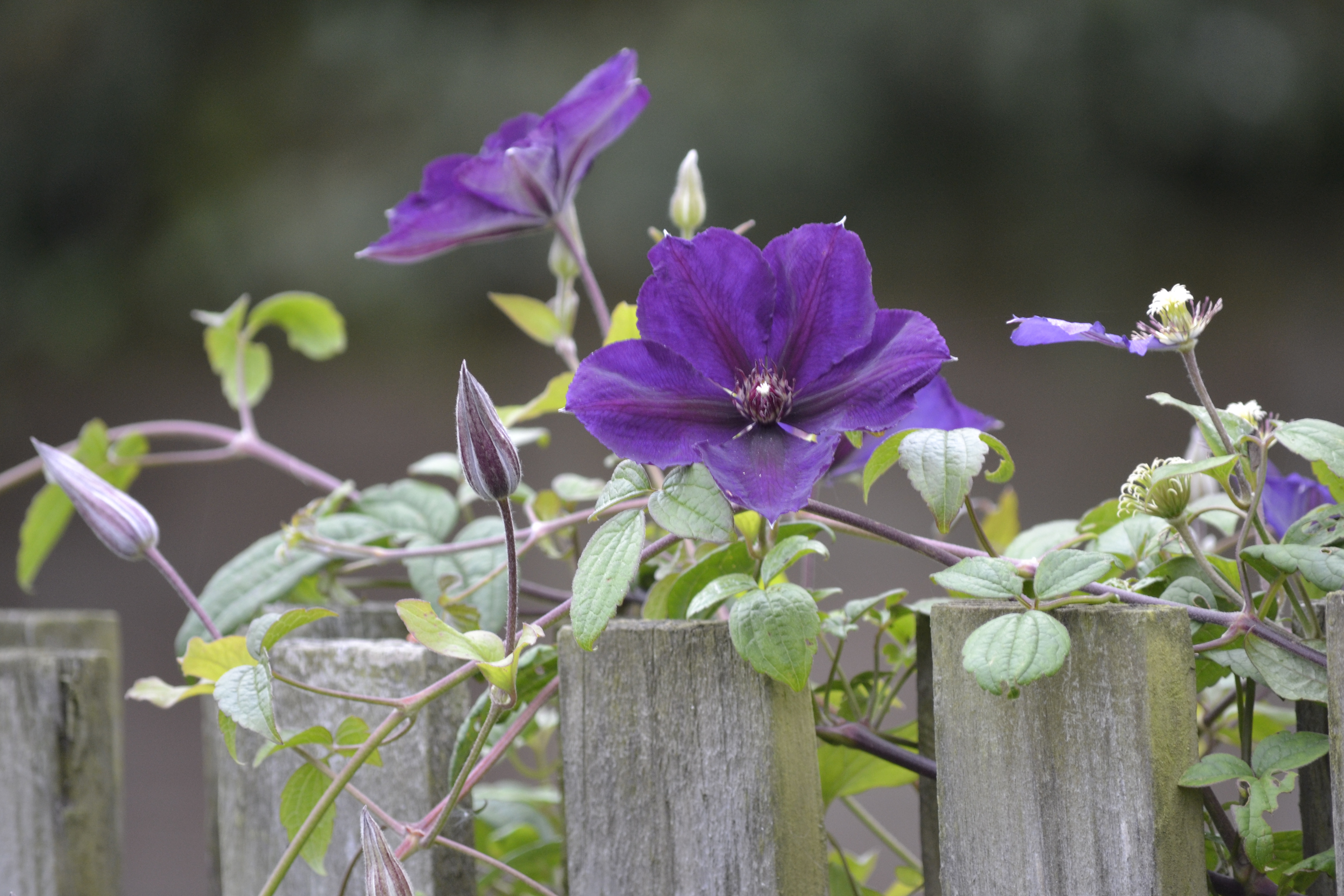 I planted these as bulbs last Autumn as they formed part of our wedding flowers. We had our anniversary this week and one is in flower. The others have put on foliage this year but no flowers. I’m growing them in pots as the advice states they like to be crowded. Hopefully next year I’ll have a few more to show. 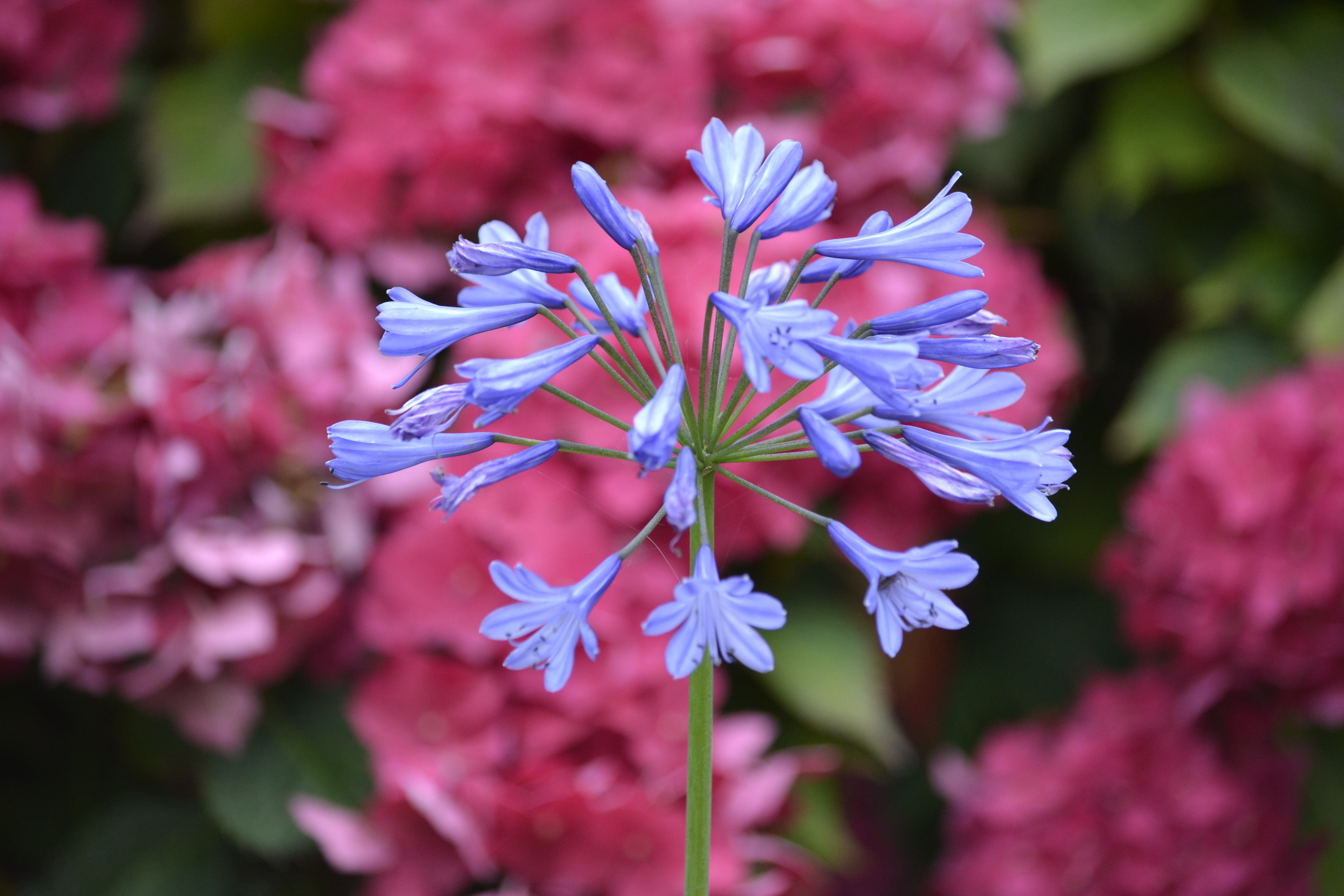 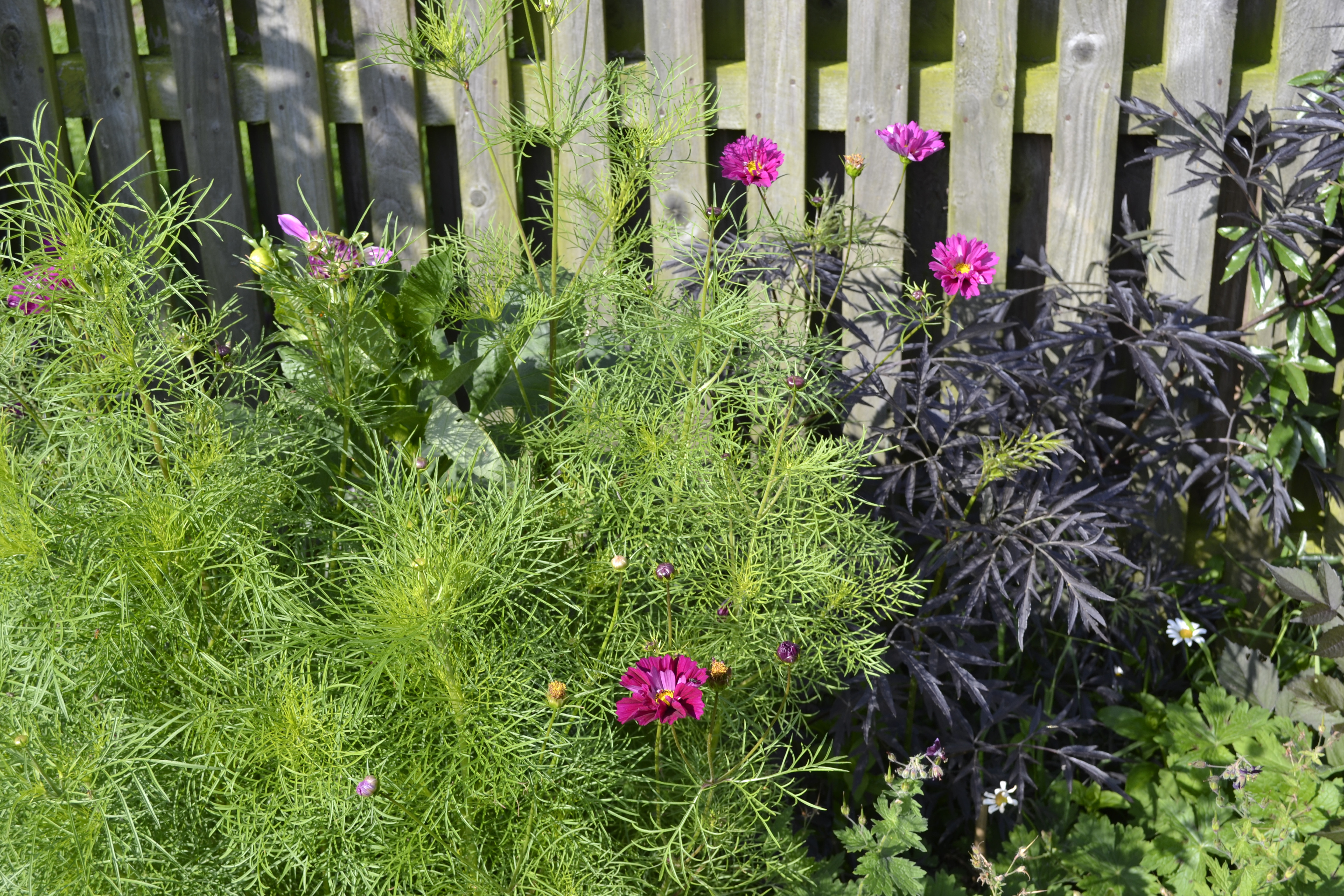 So far the majority of the patch has come out as double click but I have a few of the candy stripe dotted through. These are white with a pink edge. They are recommended as good for insects and I’ve seen a good group of hoverflies over them each day. 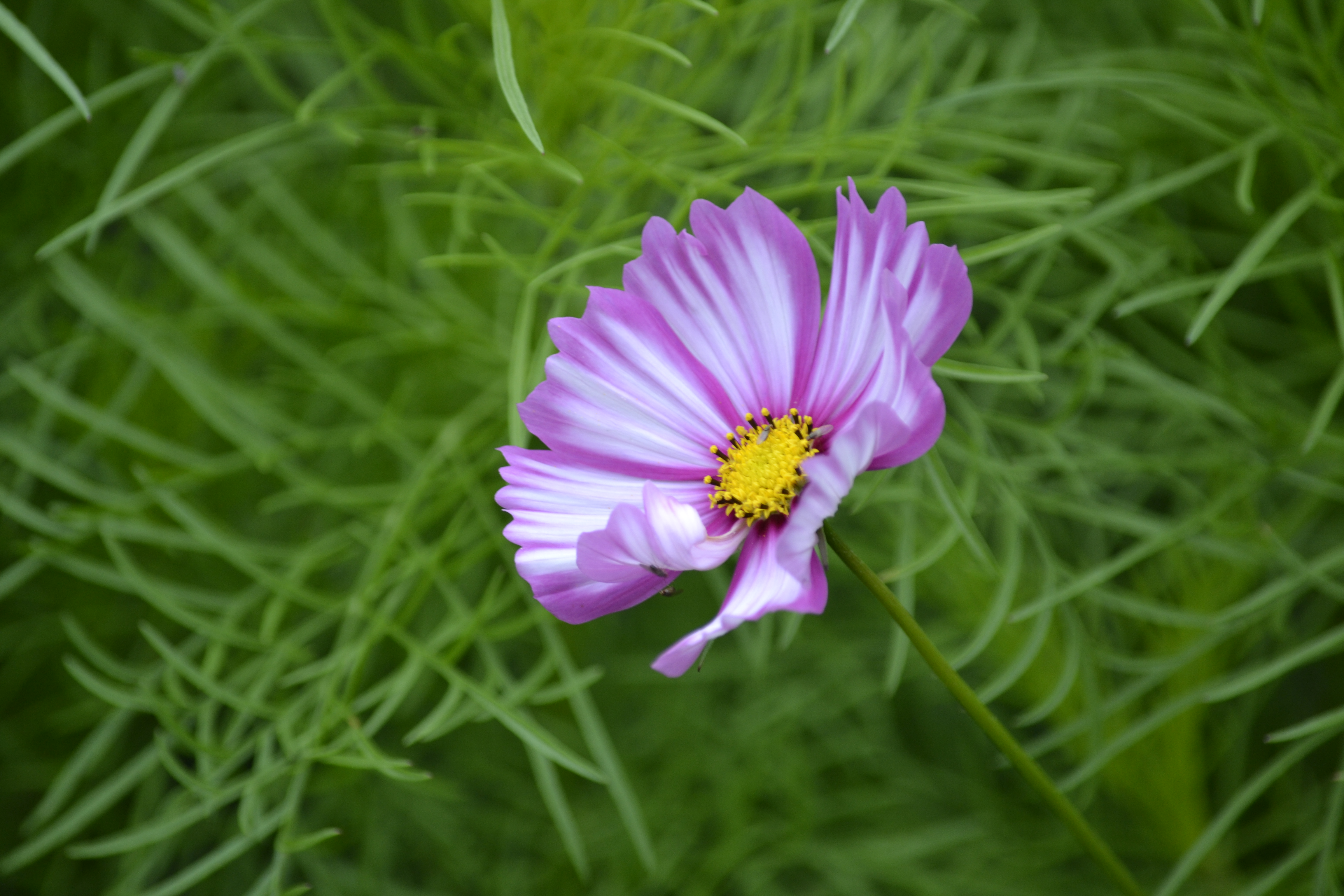 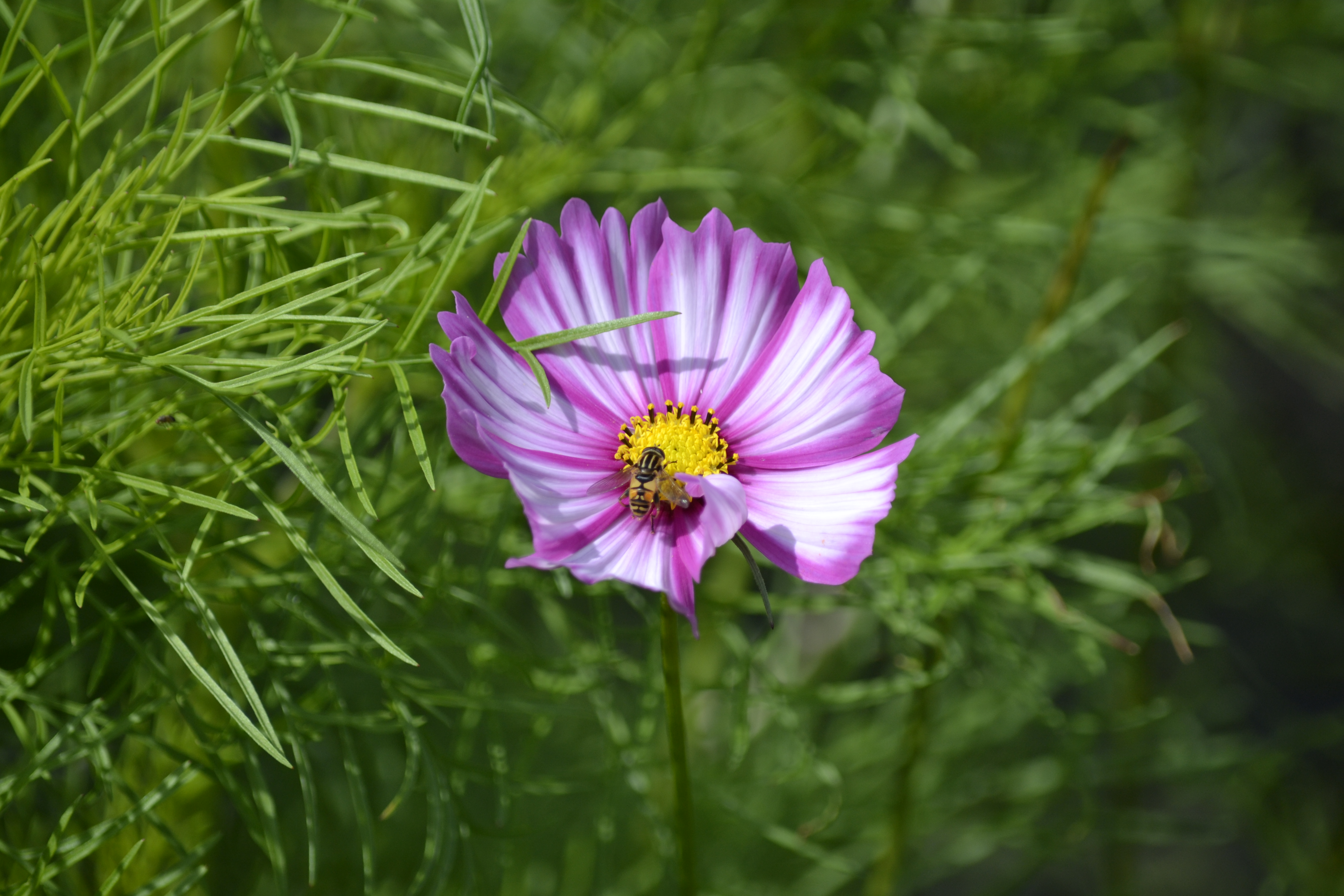 And a few other insects enjoying just resting on them. 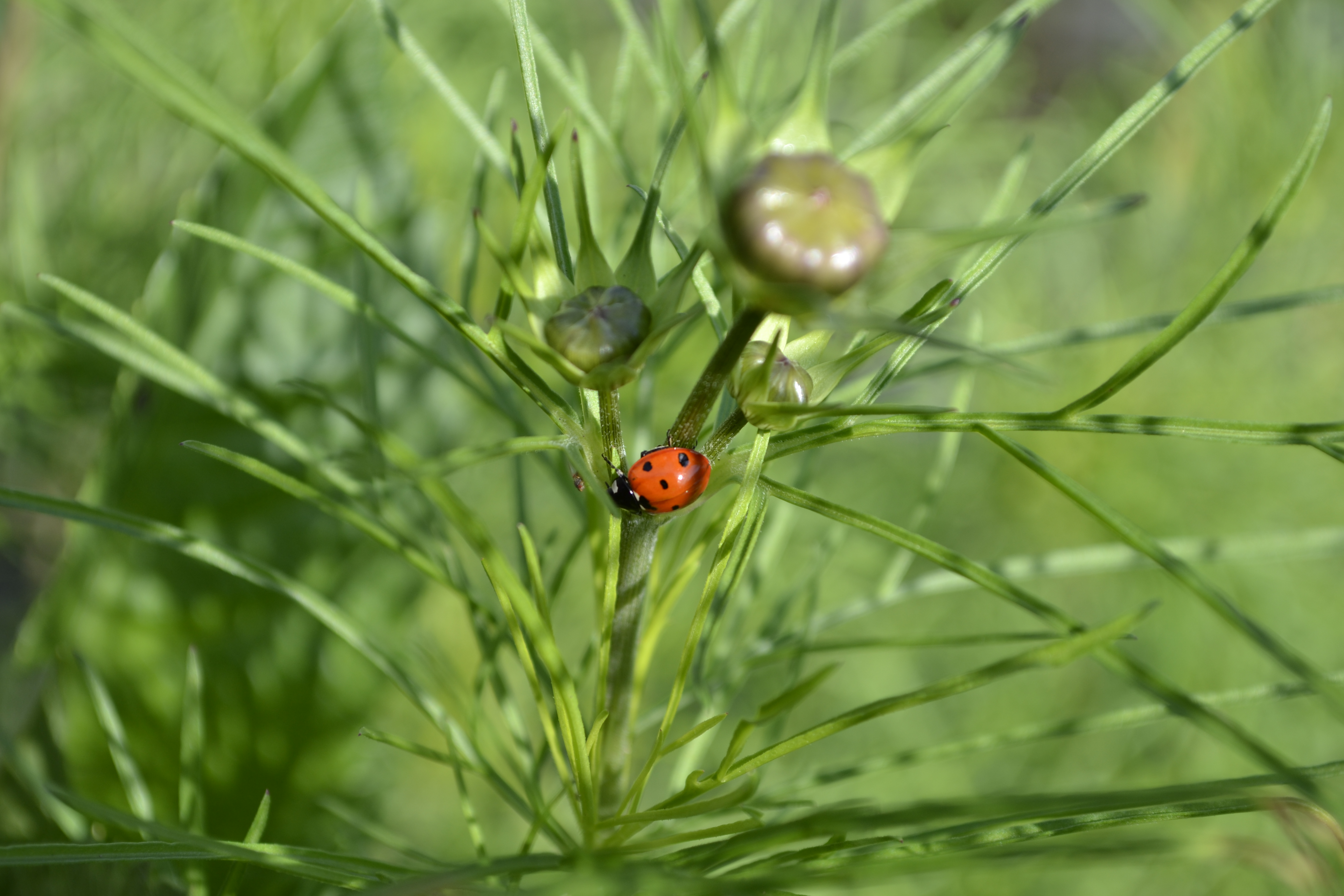 This almost didn’t make the cut this week but I decided I’d include it. It flowered while we were away and was getting past its best when we returned. It’s a pure white lily from Sarah Raven as part of her scented collection. The lilies have suffered from lily beetle this year. I’ve grown this in a pot this year but I may move it into the ground for next year. I’m not too bothered if it survives as it isn’t really exciting enough as just one. I’d need to but a couple for proper impact. It doesn’t really work in combination with my other plant choices. 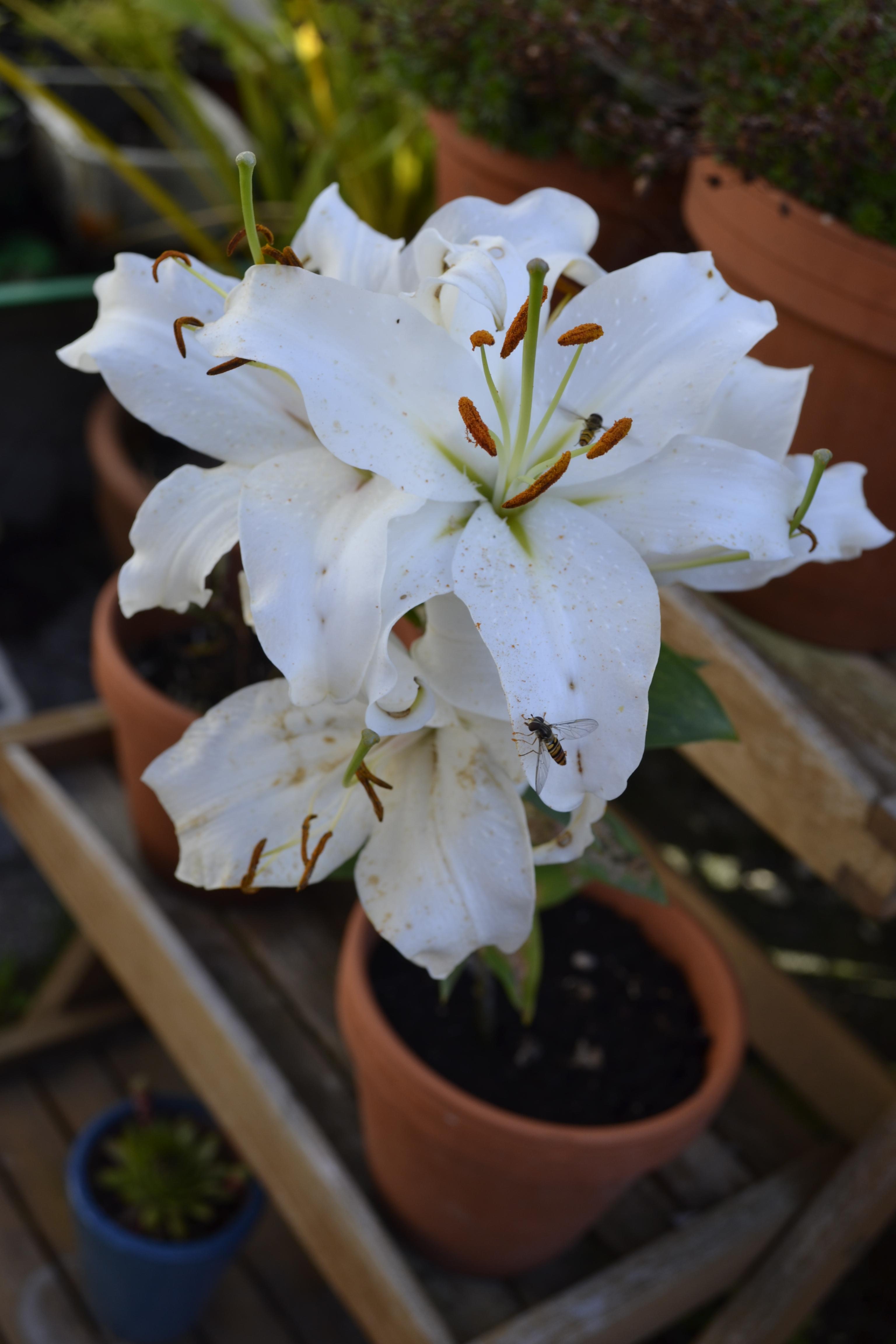 This was another Sarah Raven choice and has been a stunner. It’s been sold as a small variety for pots. I have only used one short stake and I think it would have managed without. The dark flowers are absolutely stunning and it has taken pride of place outside the extension window visible to all. 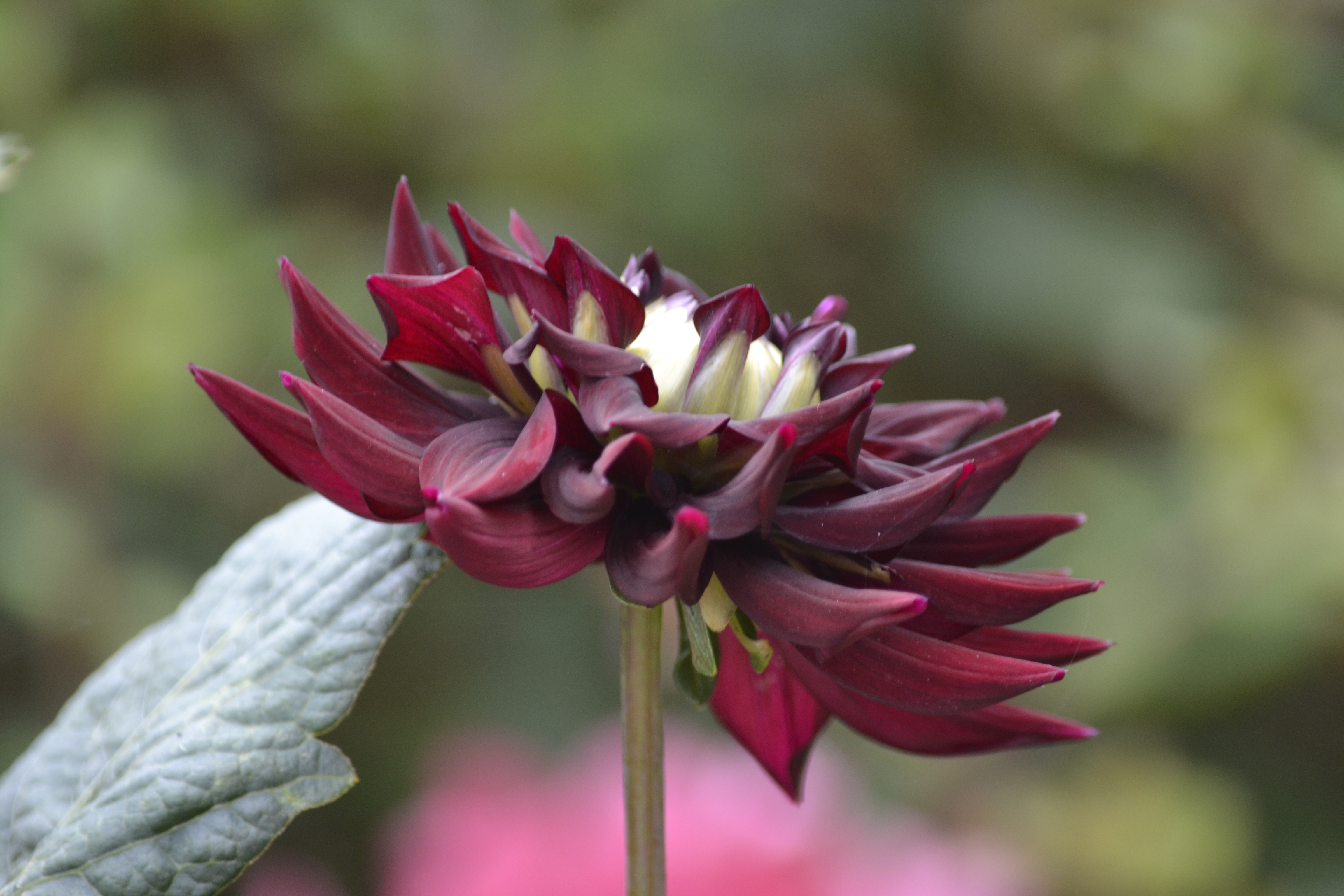 Lots of insects have been settling on the large flowers as a convenient resting point to survey the garden. It has been a good week for wildlife in the garden. I’ve had swarms of long-tailed tits of up to 40 coming in, tons of insects and a lot of frogs around. These dahlias seem to be hot spots for posing insects wanting their photo taken. 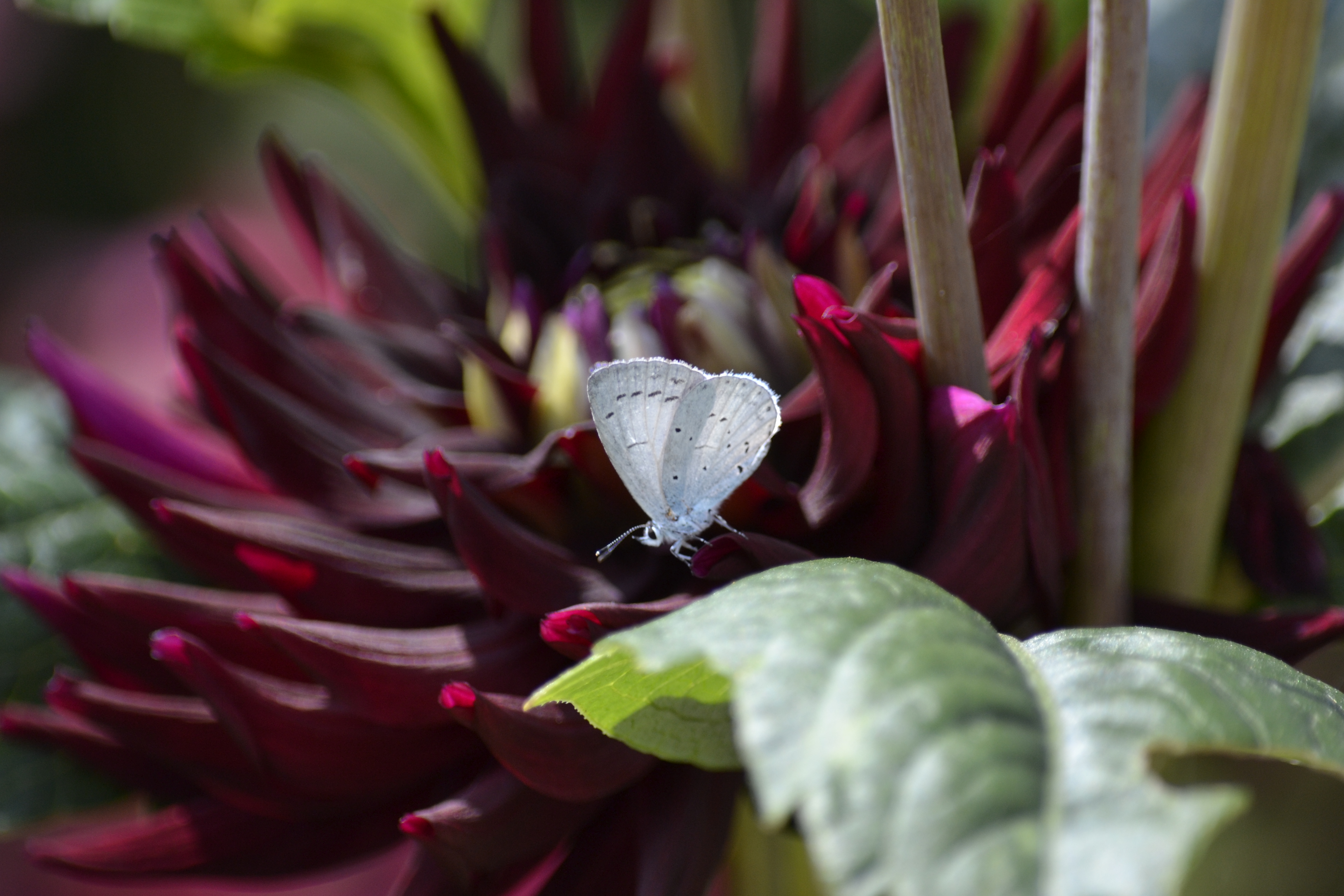 The dragonflies have been regular visitors. I love seeing the dragonflies and this year I think I’ve had more than ever. The size and their primaeval nature make them fantastic to watch. 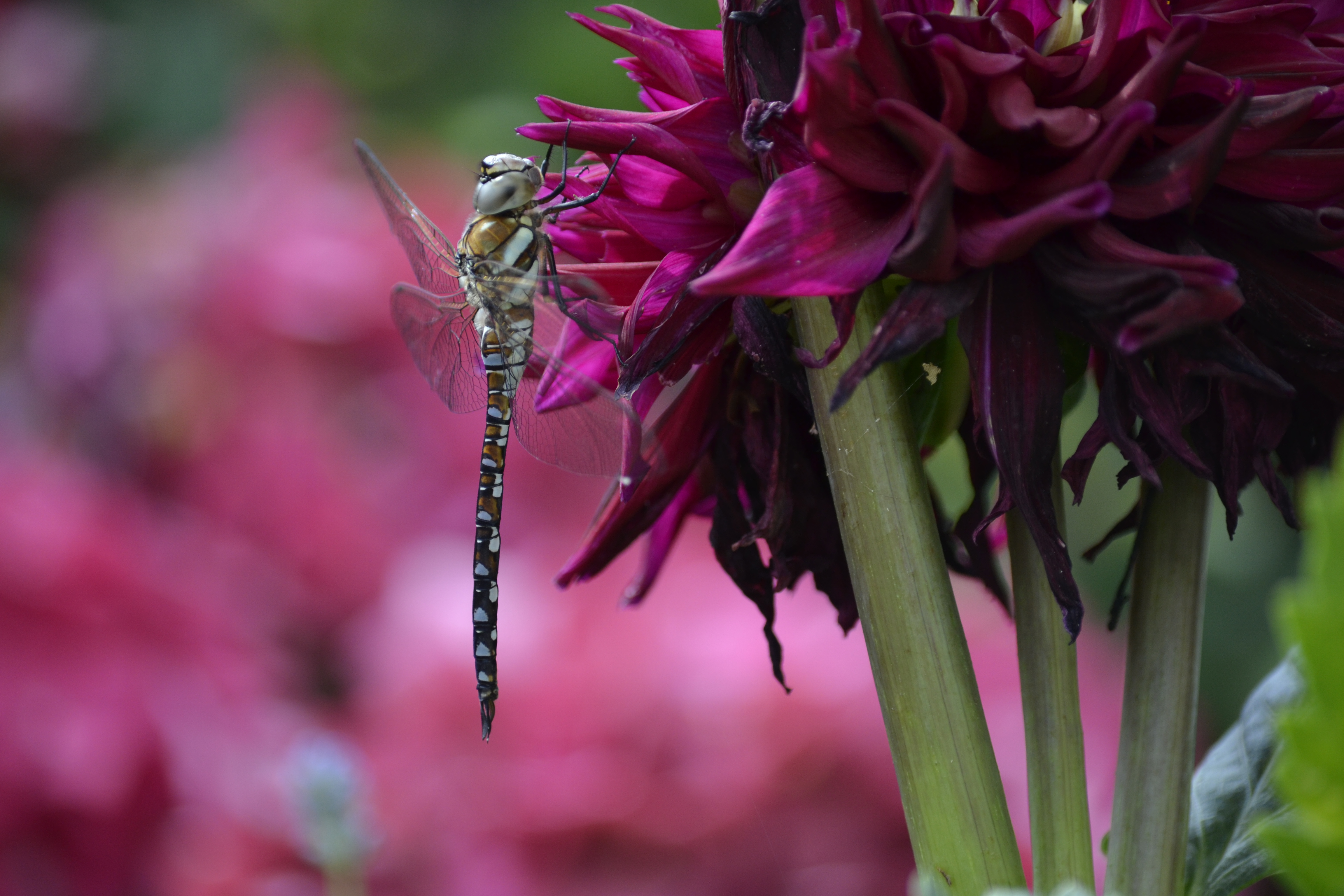 I hope you’ve enjoyed this week six as much as I’ve enjoyed admiring them. As well as the much-needed weed of the back garden I’ve got a large fern donated from my mums garden to plant and a couple of gorgeous heucheras to plant. Happy gardening!