We’ve returned from visiting the in-laws at Robin Hood’s Bay. We’ve had a lovely time despite the grey weather. It’s been back and forth between glorious sunshine, mizzle and thunderstorms. But we did manage to get out and about a bit.

We made it to the local Horticultural societies competition. Some very good veg entries. Alice liked the children’s gardens. 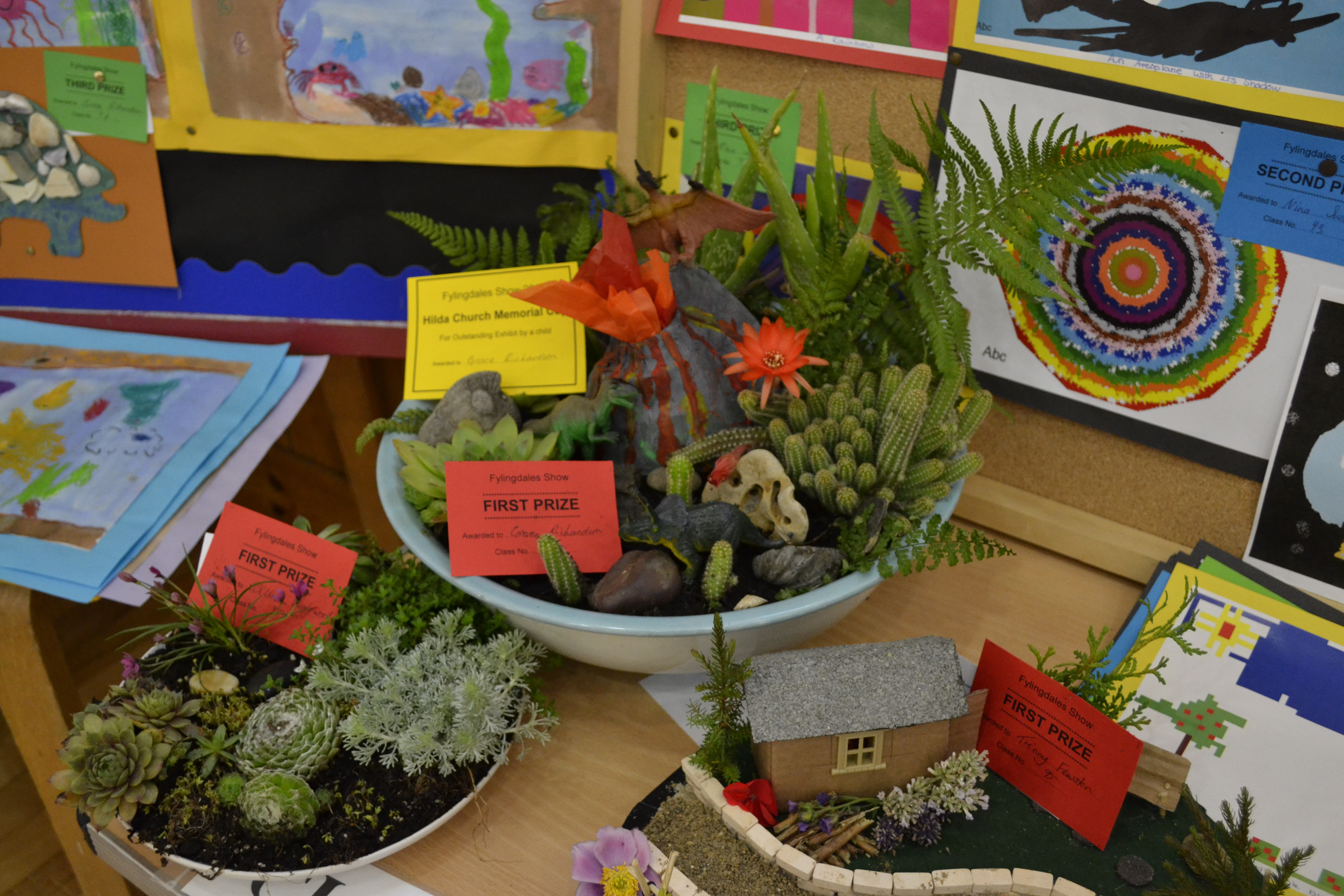 She was also quite taken by this sardine tin display. 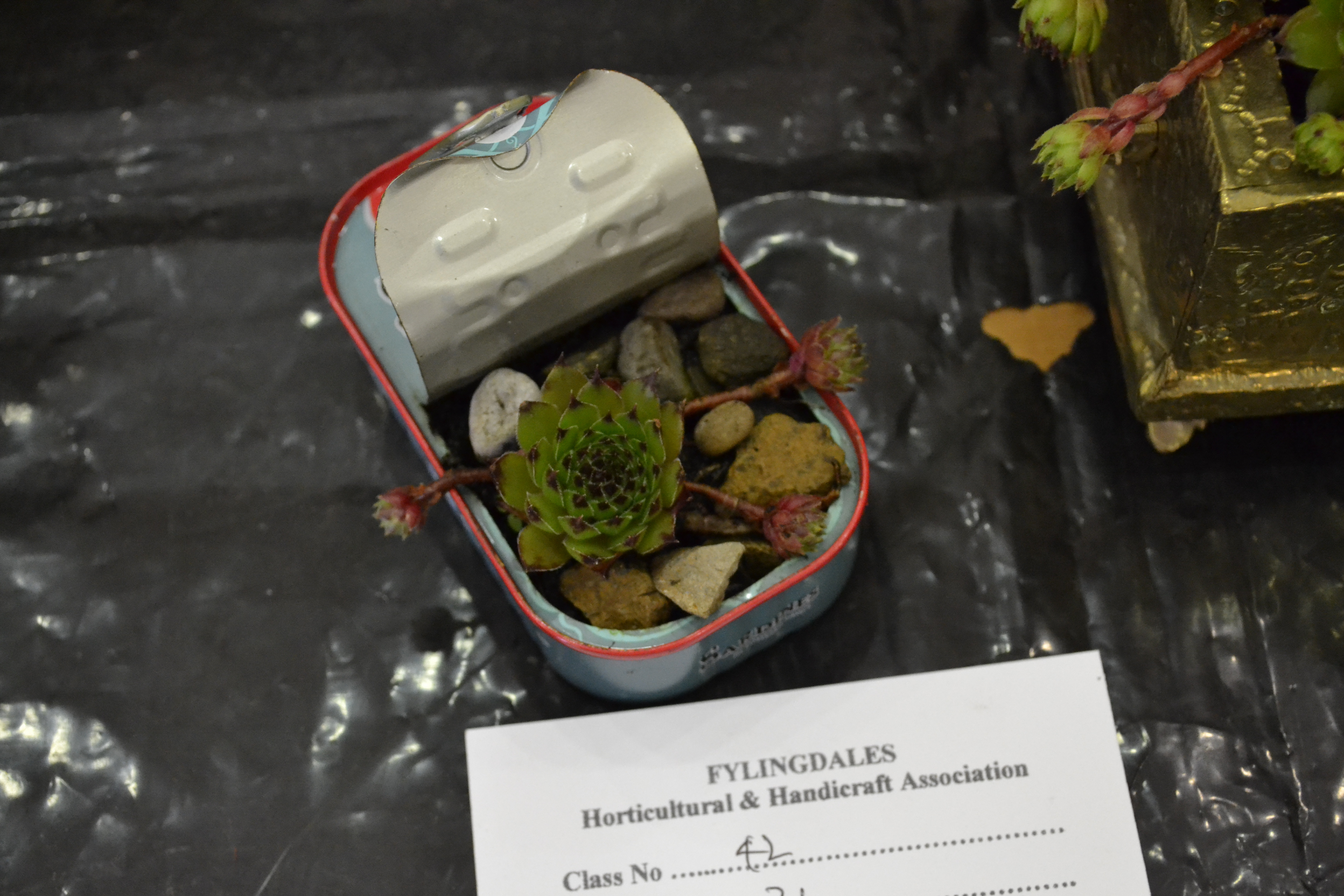 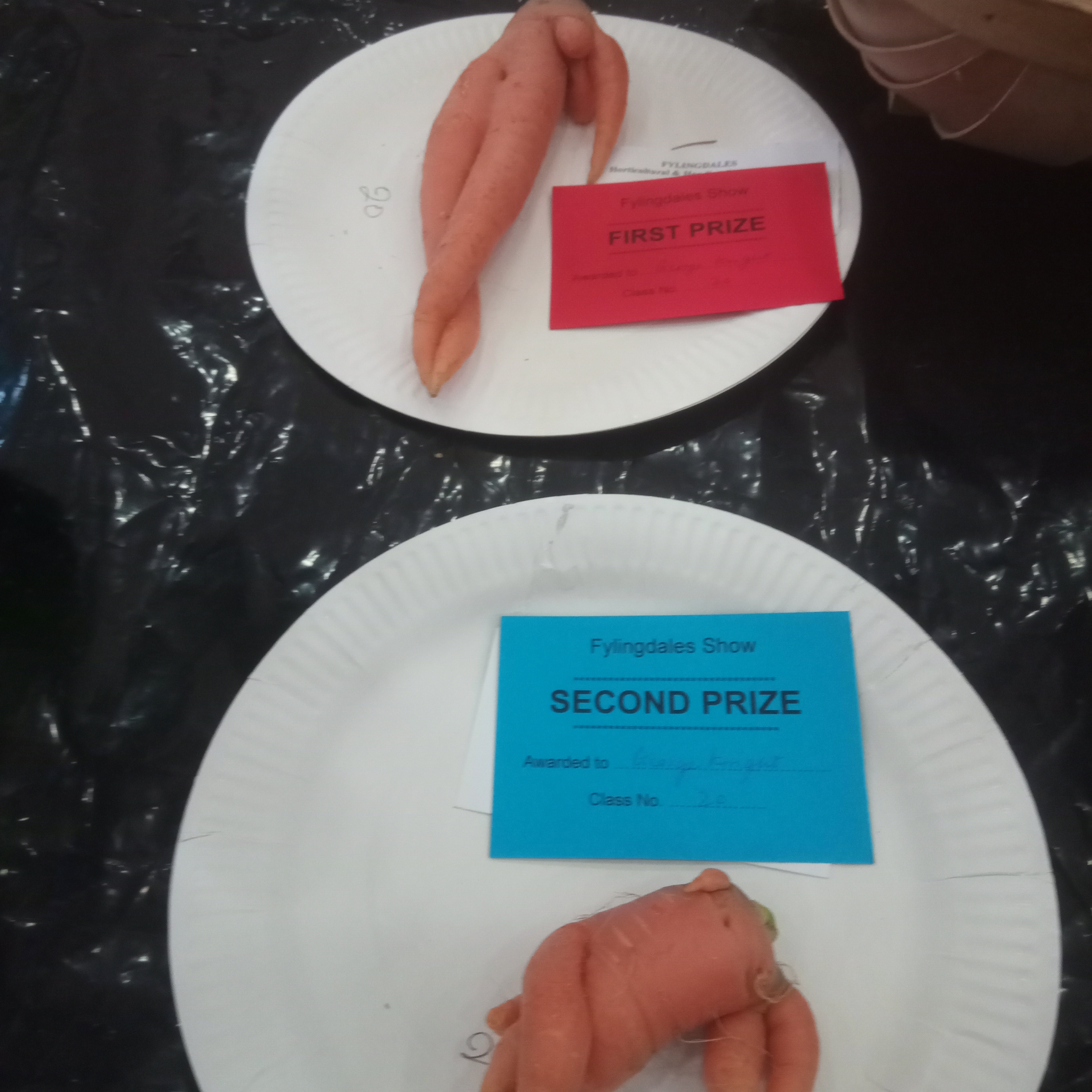 We’ve had plenty of time playing in the garden but I will probably save that for this weeks six on Saturday. 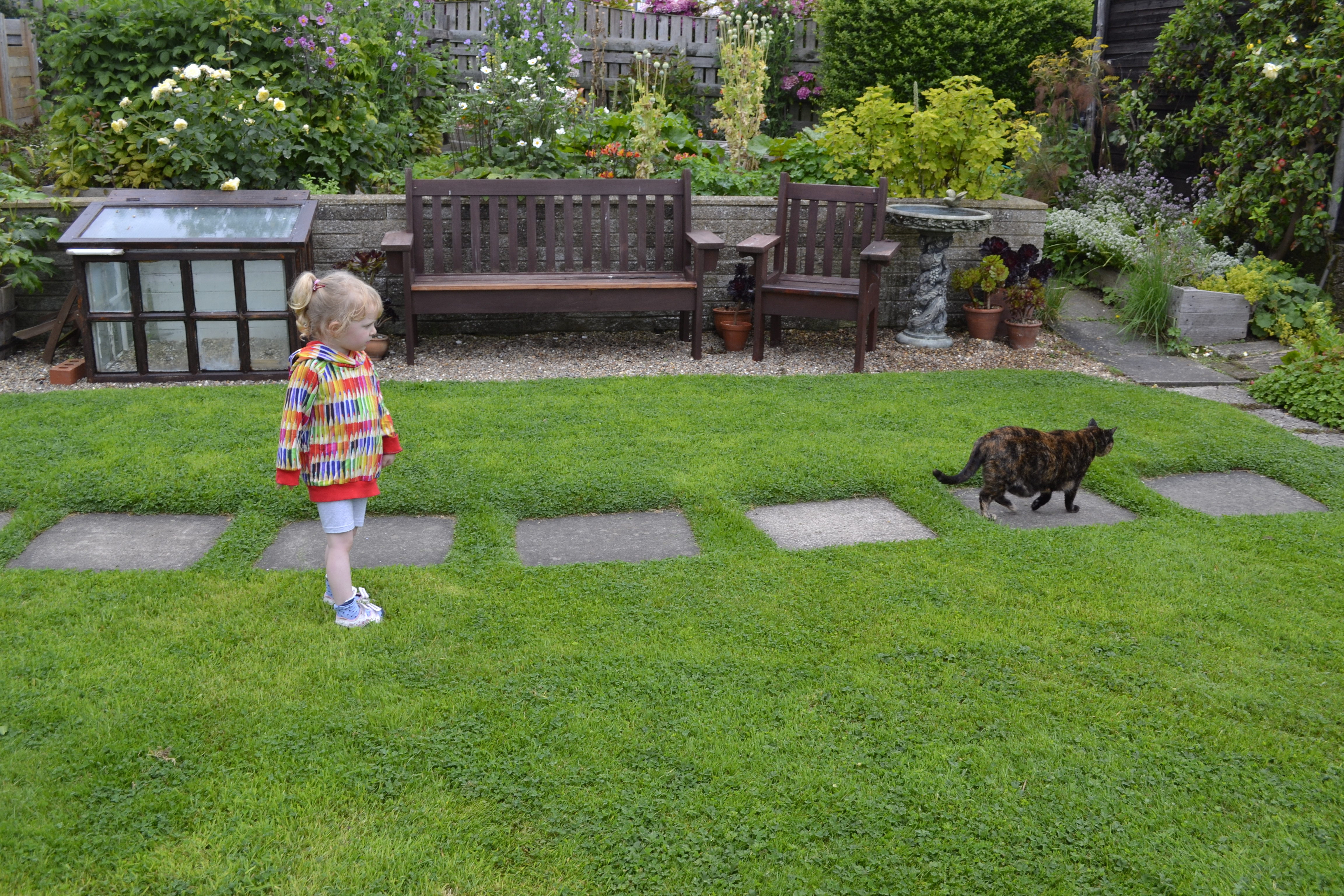 This was the weather for much of the weekend. Grey with a mist of light rain blowing in. 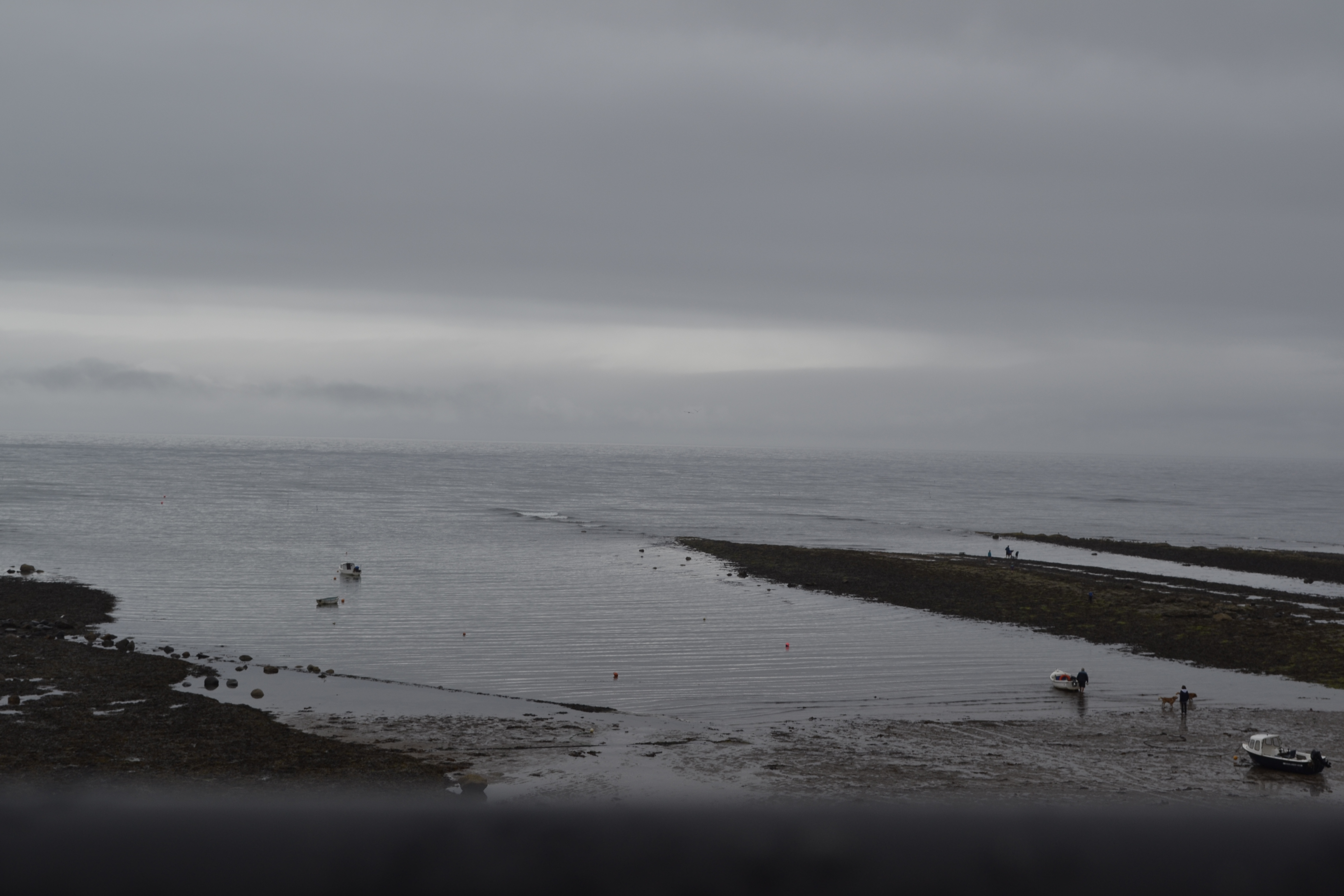 Though we didn’t let that put us off. We just got kitted up. 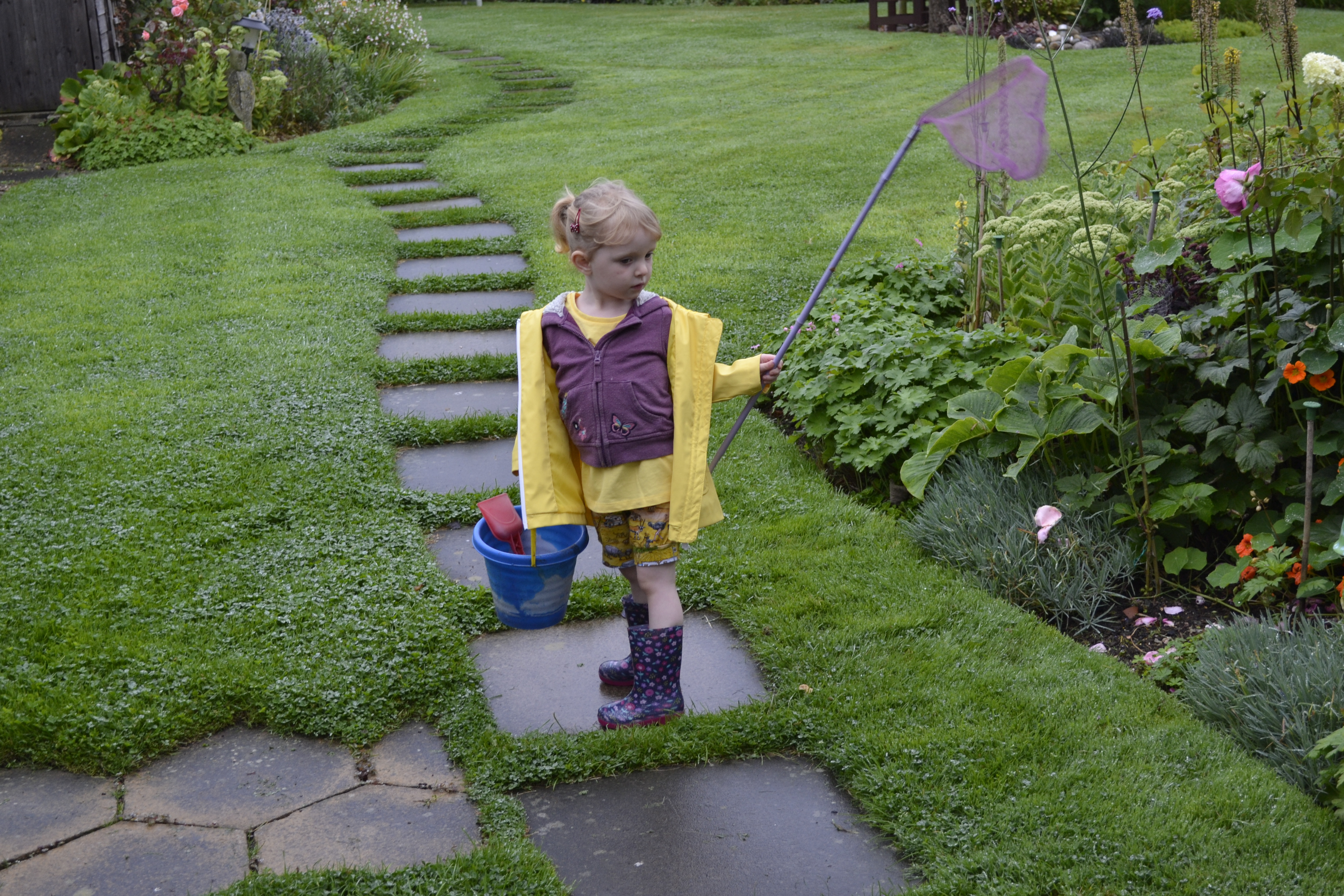 Alice did really well going up and down the cliff. It’s a steep walk and we see lots of tourists panting back up every visit but Alice has managed walking up and down several times this trip. Previously she’s travelled in the baby howdah but she’s too big now and the pram is useless at the Bay. 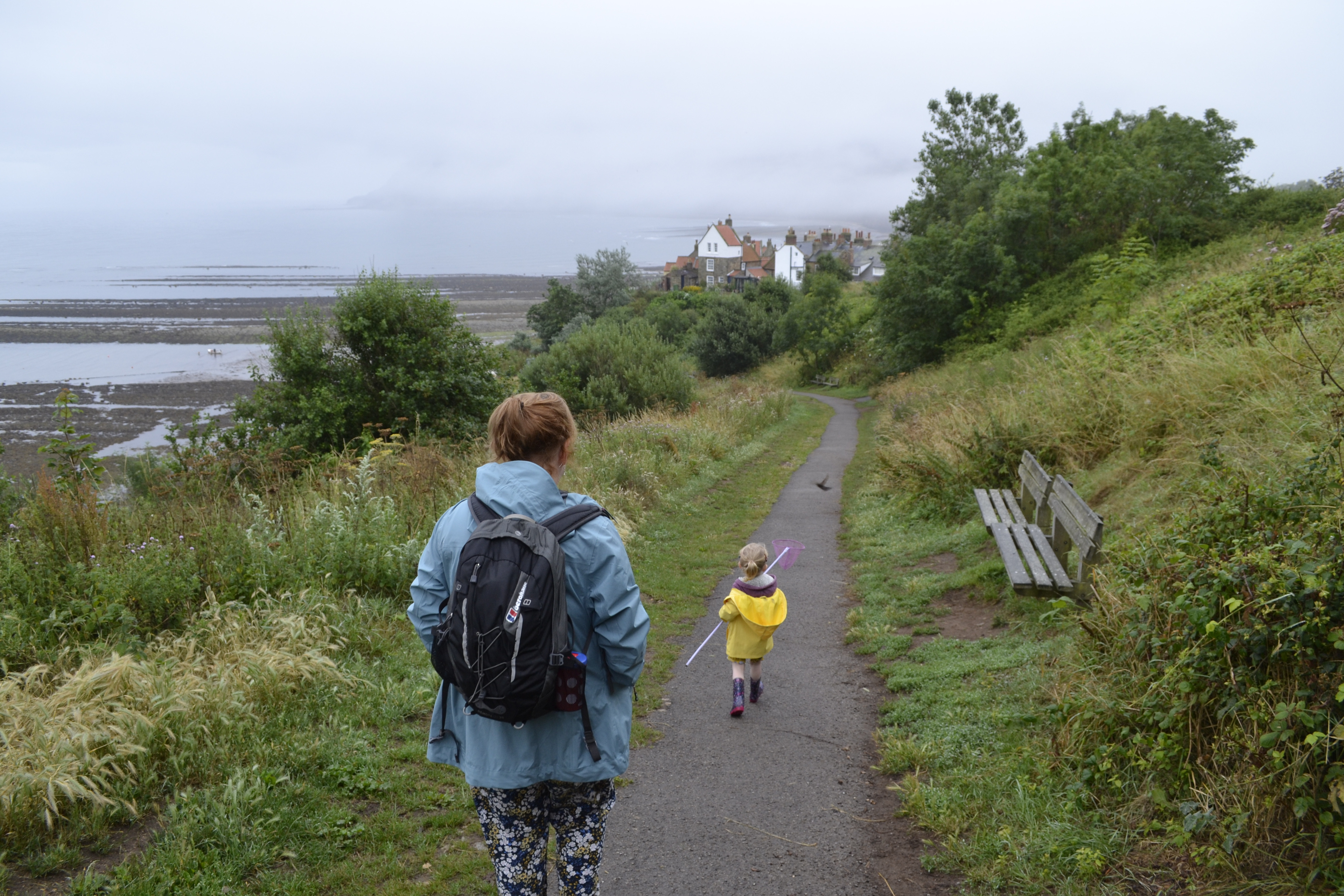 Alice had a good time rock pooling though we didn’t find much beyond snails. She did enjoy throwing seaweed back in the pools. Though she couldn’t handle getting her shorts wet. We’ll need a swimming costume next time. Previous visits she hasn’t even wanted to go in the water at all though. Whereas now she’s happily exploring. 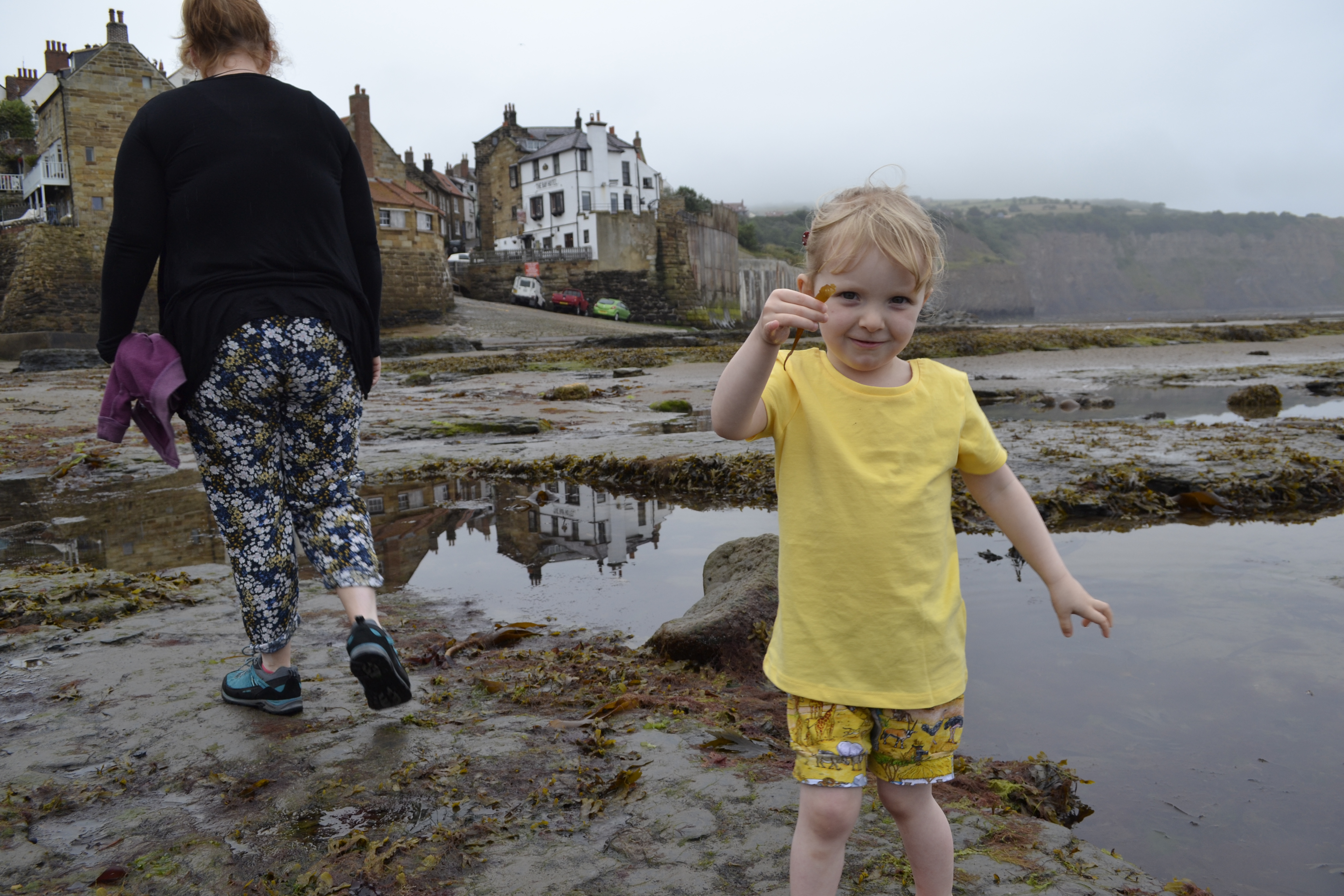 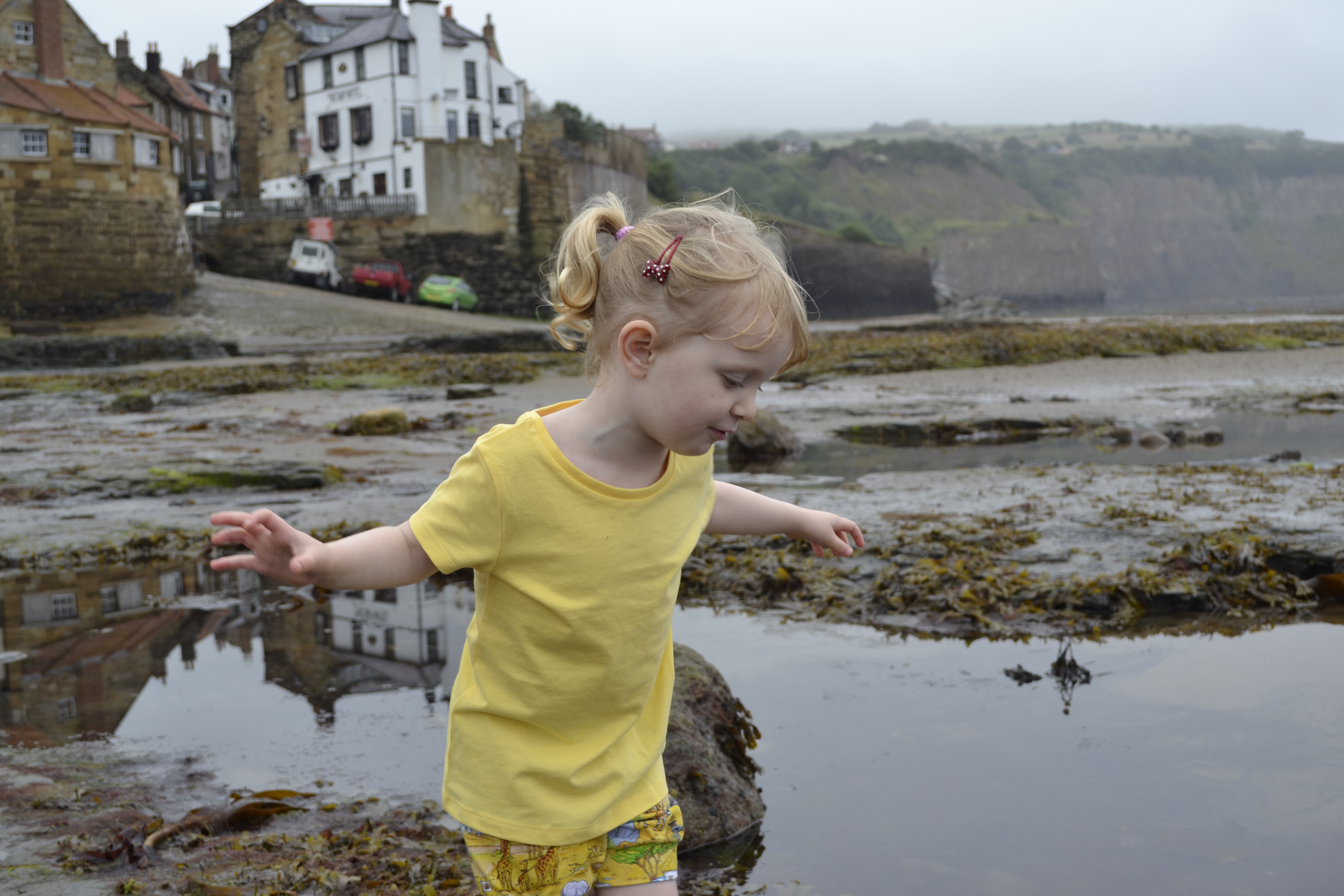 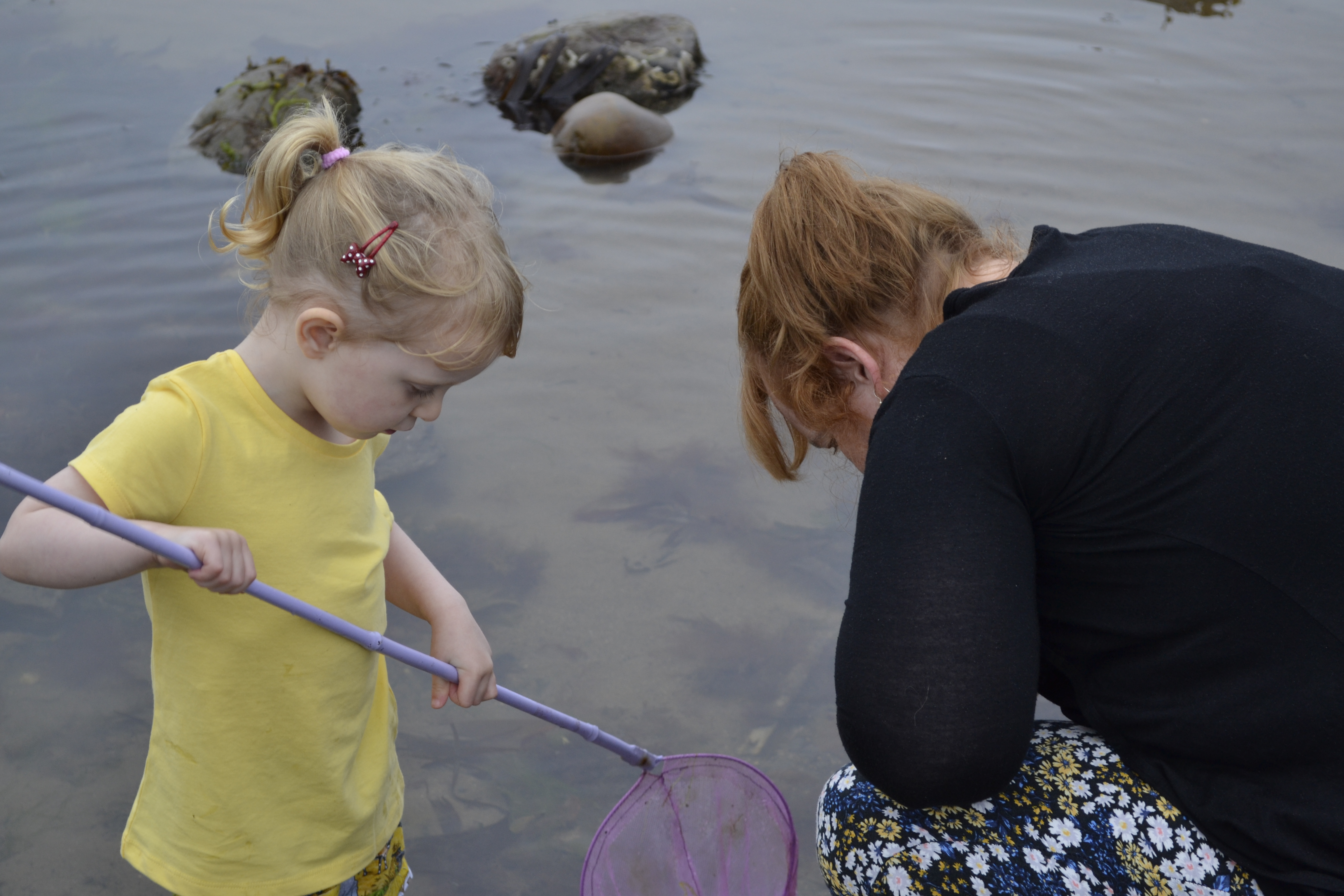 Lots of dead crab shells around. 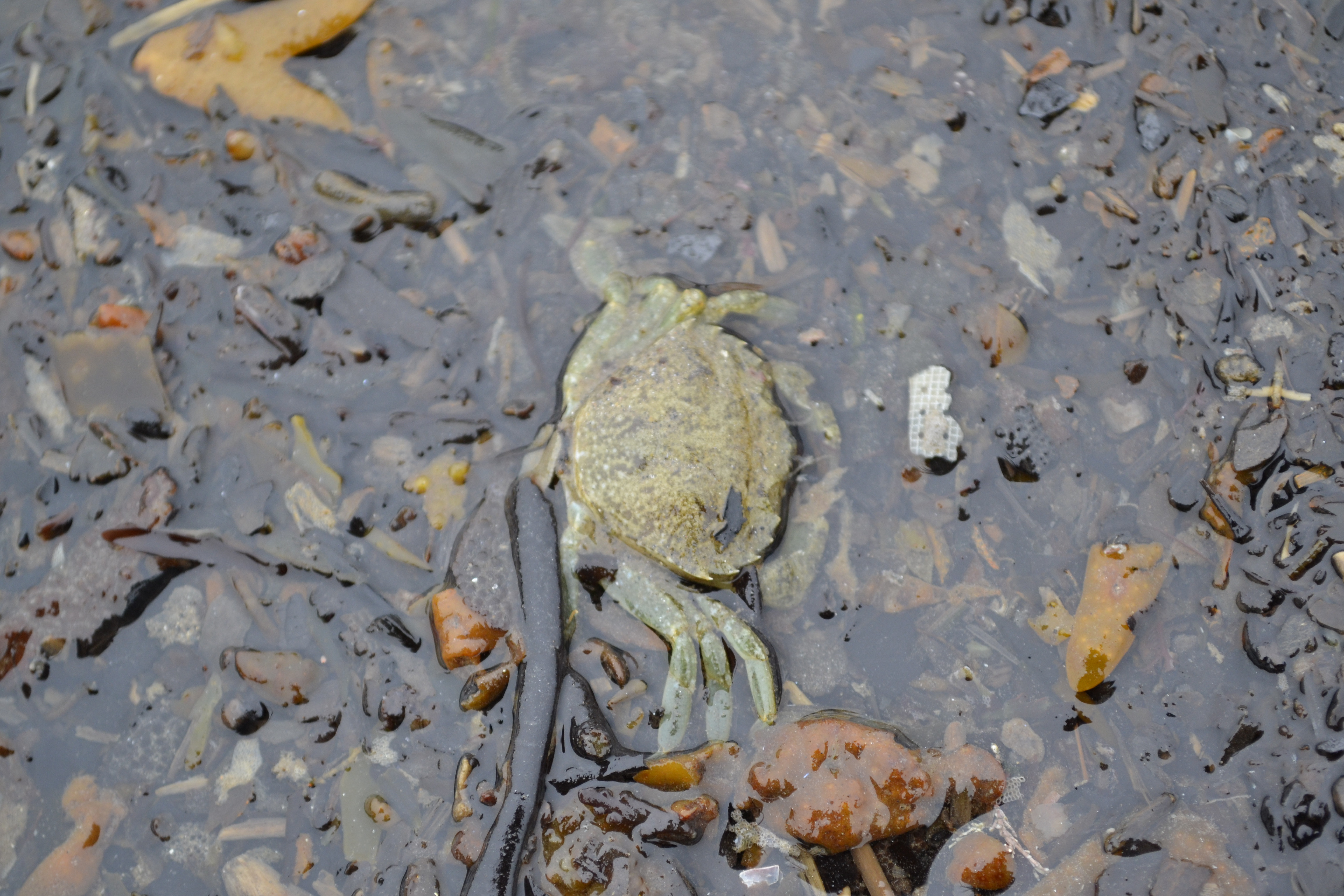 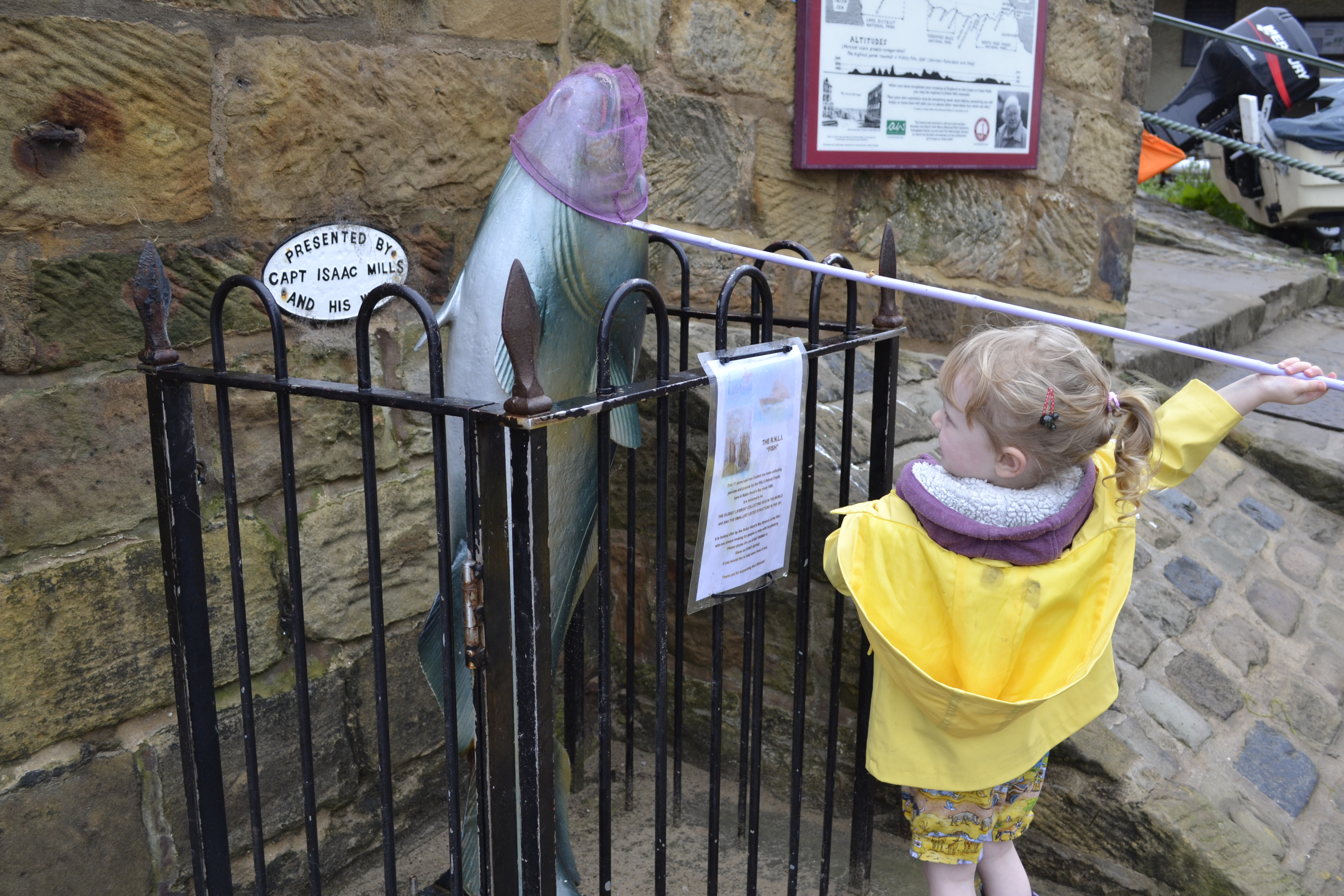 At the bottom of the hill, there are these big belly bins. They have solar panels on the top and we’ve been wondering what for.  I looked it up and they are rather fascinating. The solar panel powers a compressor so the bin can hold more for busy locations. It can also signal when the bins need collecting to reduce the number of pickups lowering its carbon footprint and saving trips to difficult to reach locations. The bottom of Robin Hood’s Bay is as bad a location as you could ask for. It has a steep narrow road with little turning room. So these seem a very clever solution to keeping the place neat. 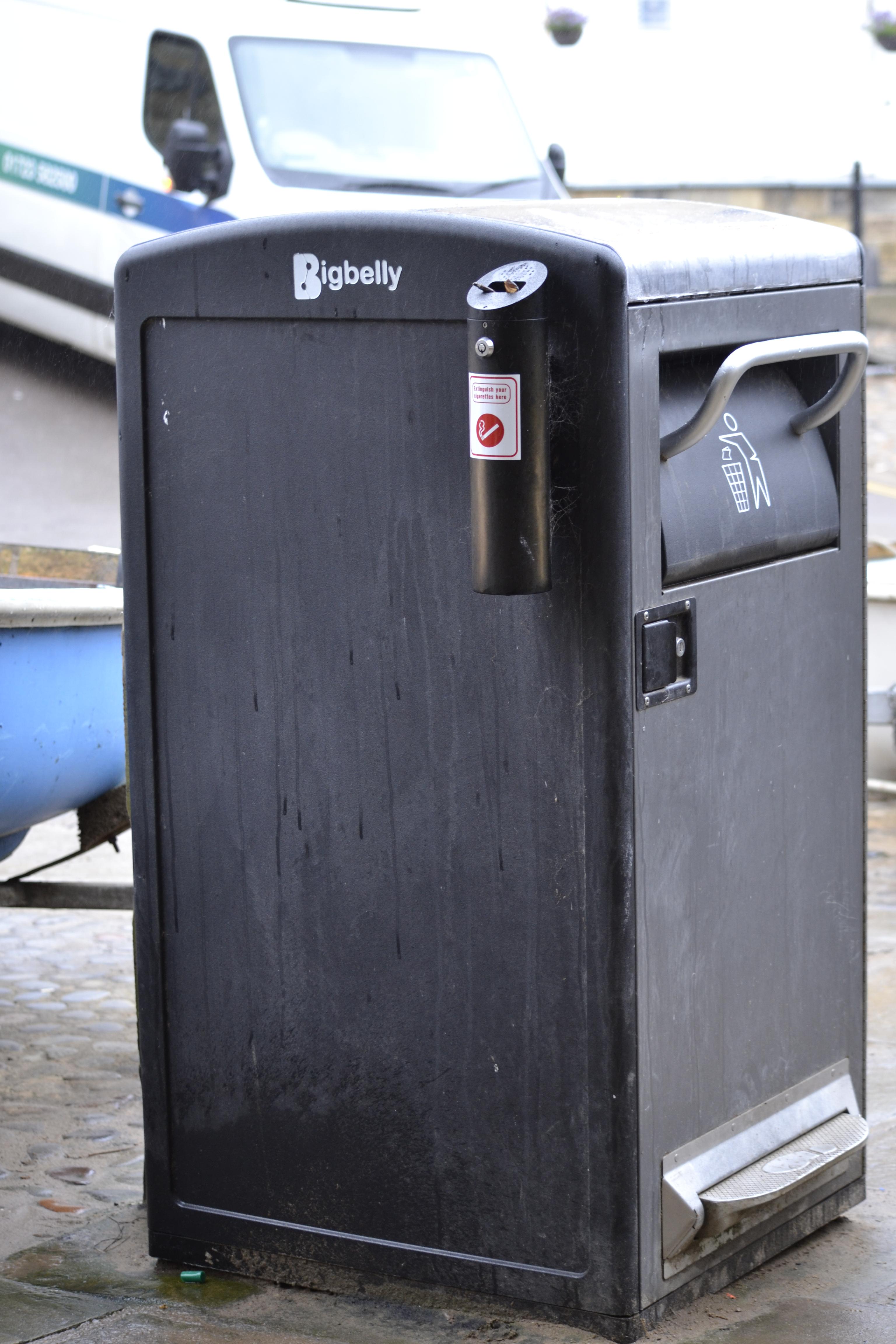 On the road down the walls are covered in ferns. the ravine is one of my favourite parts of the bay with a mass of ferns and mosses growing from every crack. I could happily replicate this in my garden with my fern obsession. 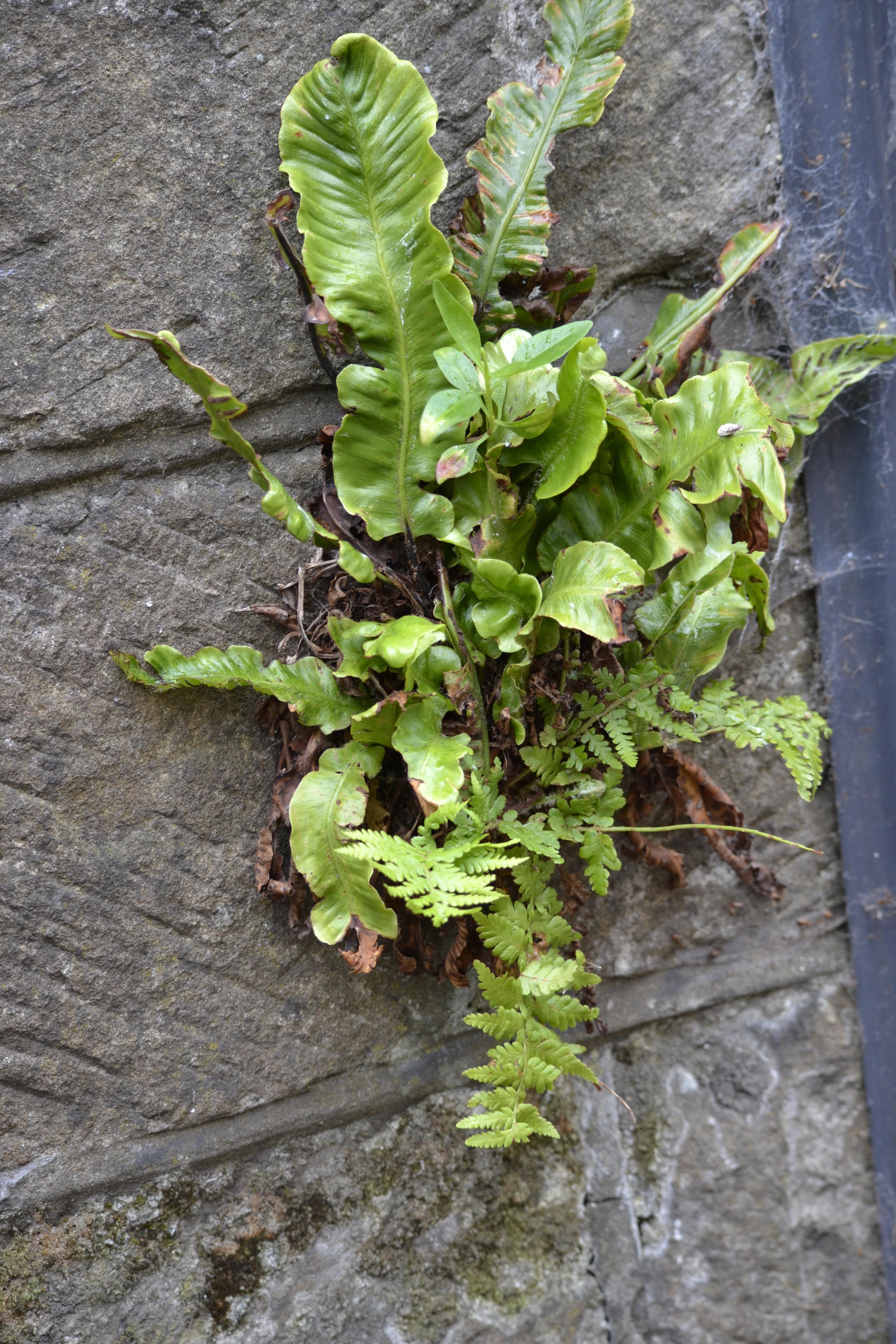 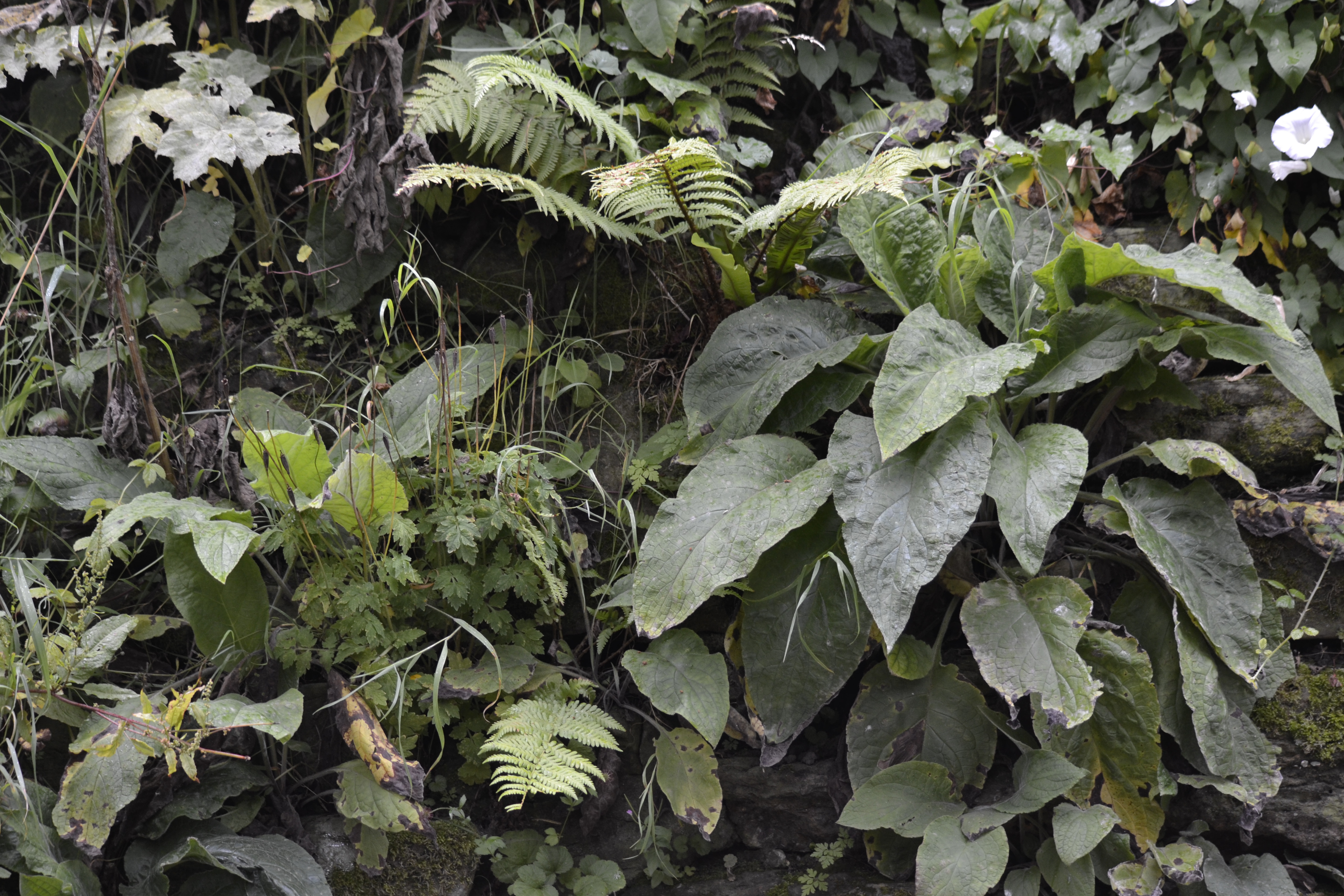 Alice has enjoyed very too many ice creams in the last few days. She has been going through lots of tantrums recently and we’ve been making it clear whiney whingey girls don’t get ice cream. 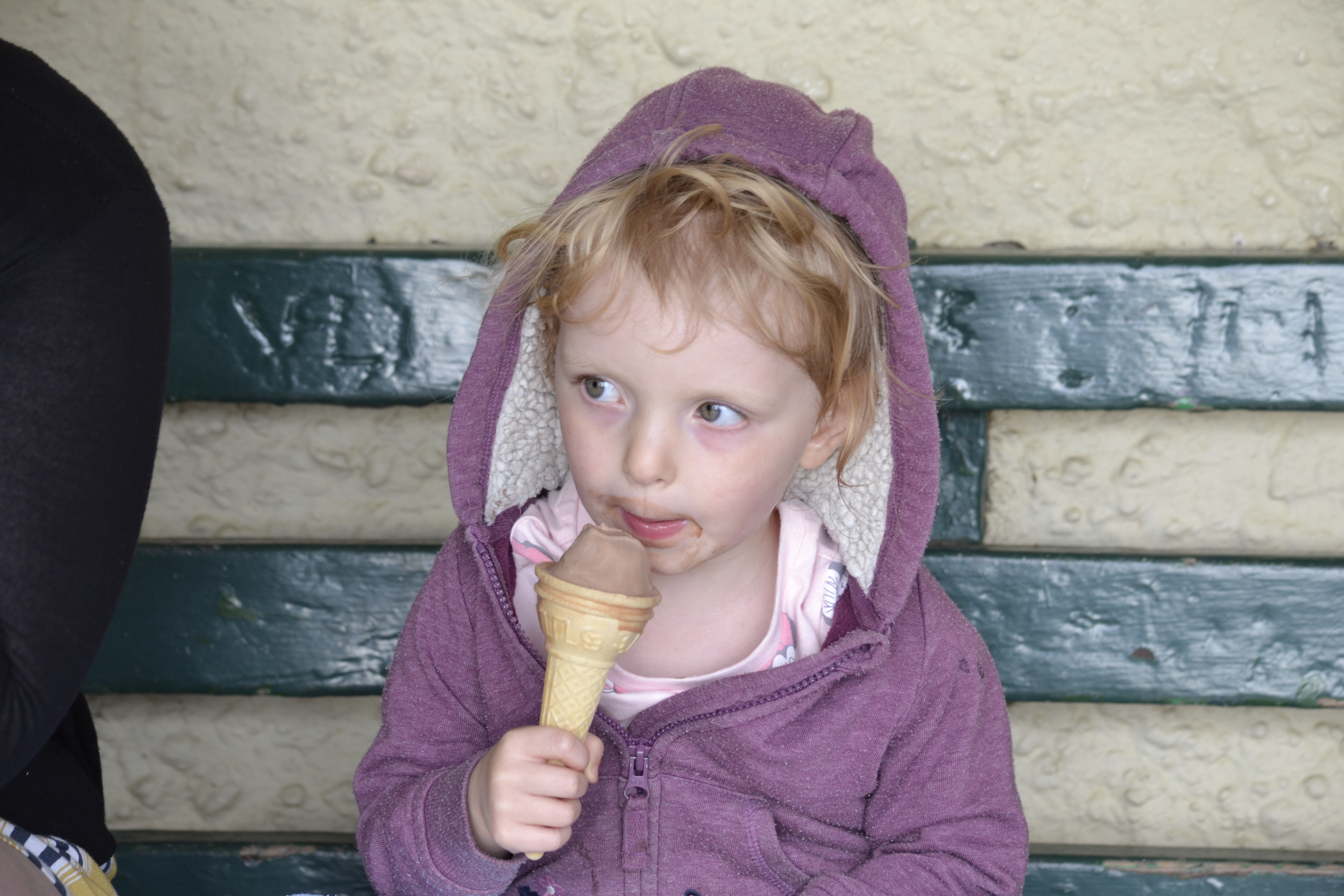 Alice is becoming very adventurous at the park climbing and jumping off greater heights. 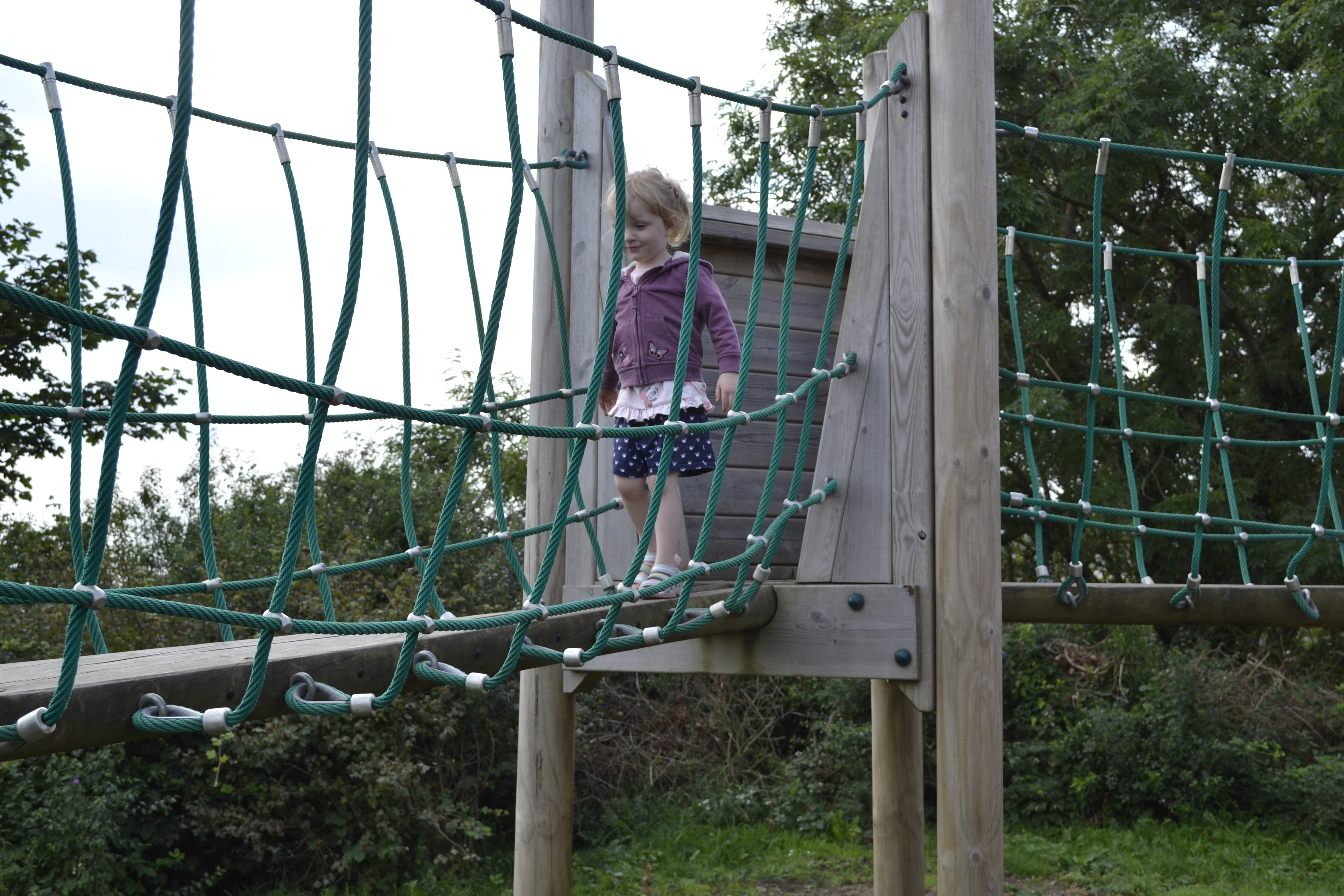 We had some moments of sunshine. 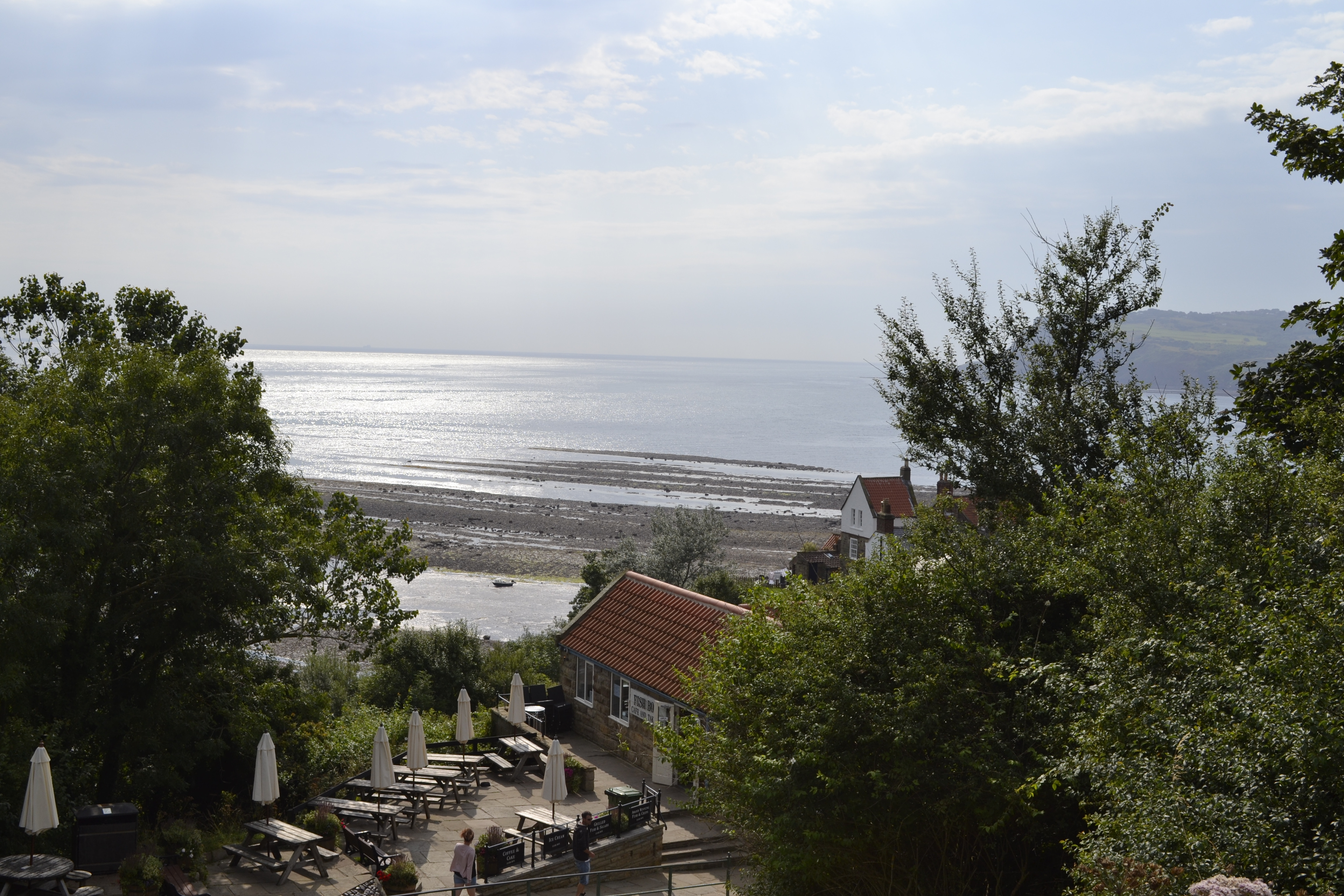 The Victoria pub has finished its extension since we got married last year. It’s looking good and has probably the best view out of the bay of any of the pubs and restaurants. 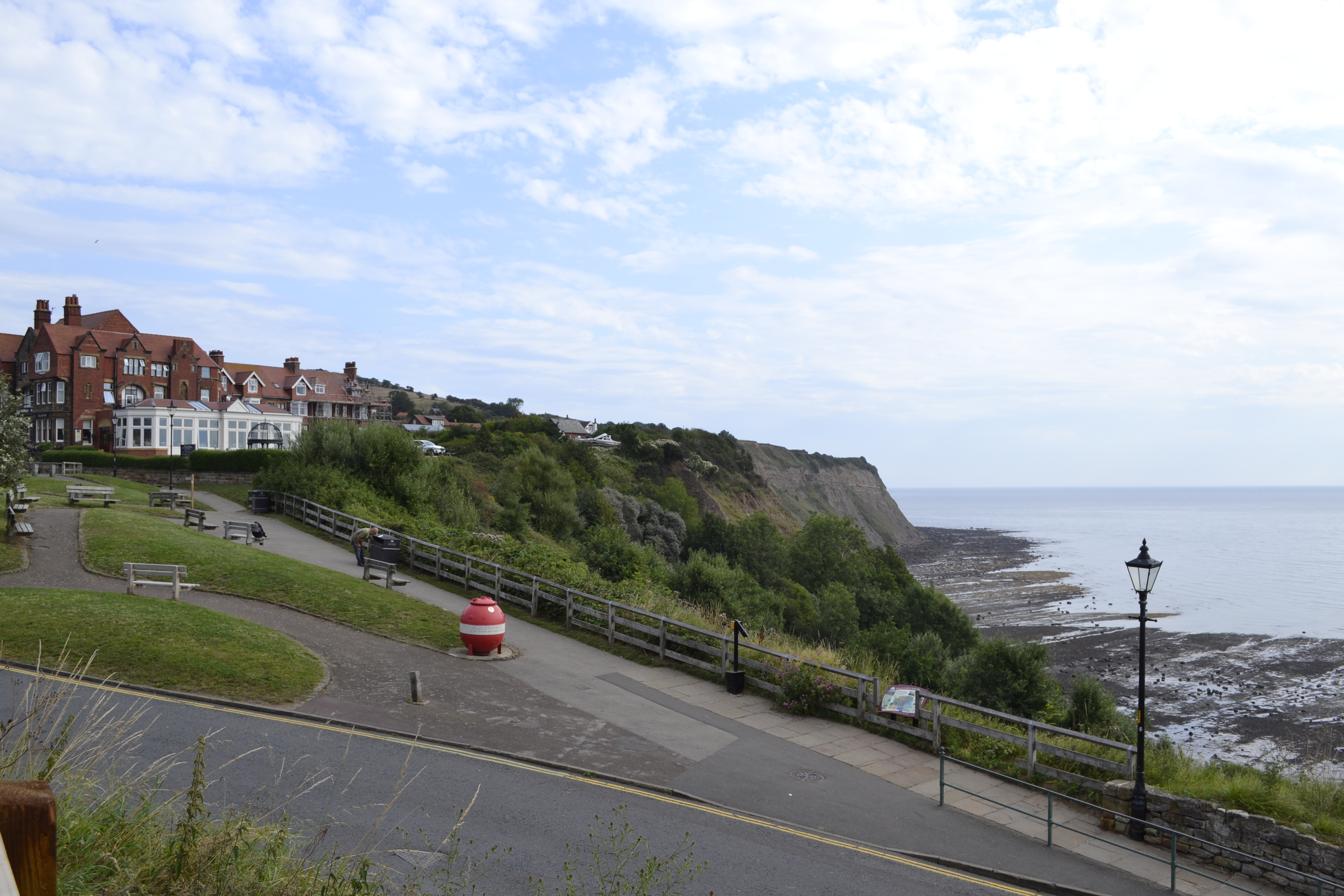 On the way home, we stopped off at Bempton Cliffs. Traditionally it rains whenever we visit but we actually had glorious sunshine for a change. Alice wasn’t up to walking very far as she was in a tired, hungry mood. We did make it down to the first observation spot to see the cliffs. The seabirds flying from the cliff swooping down to the water is always a spectacular sight. 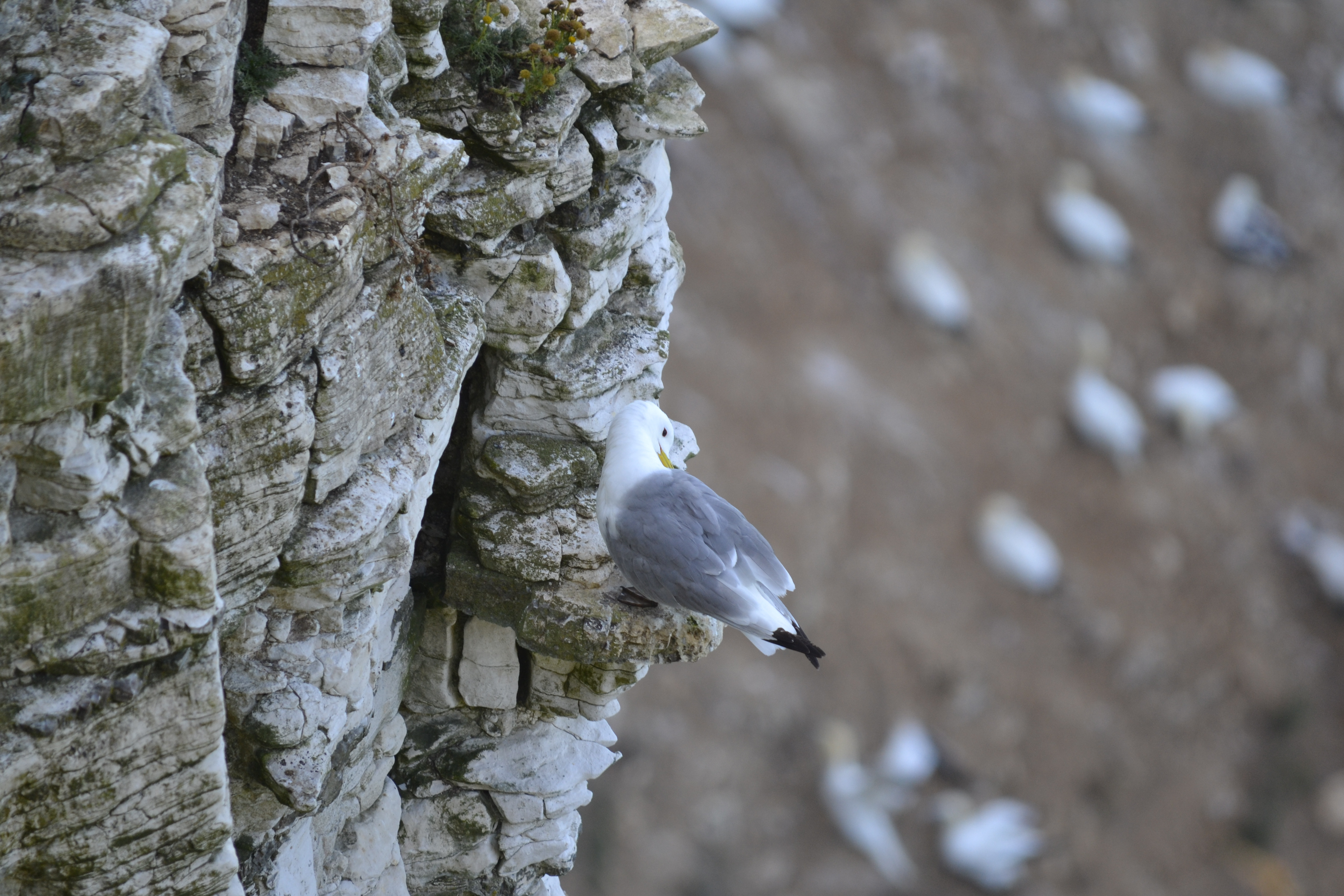 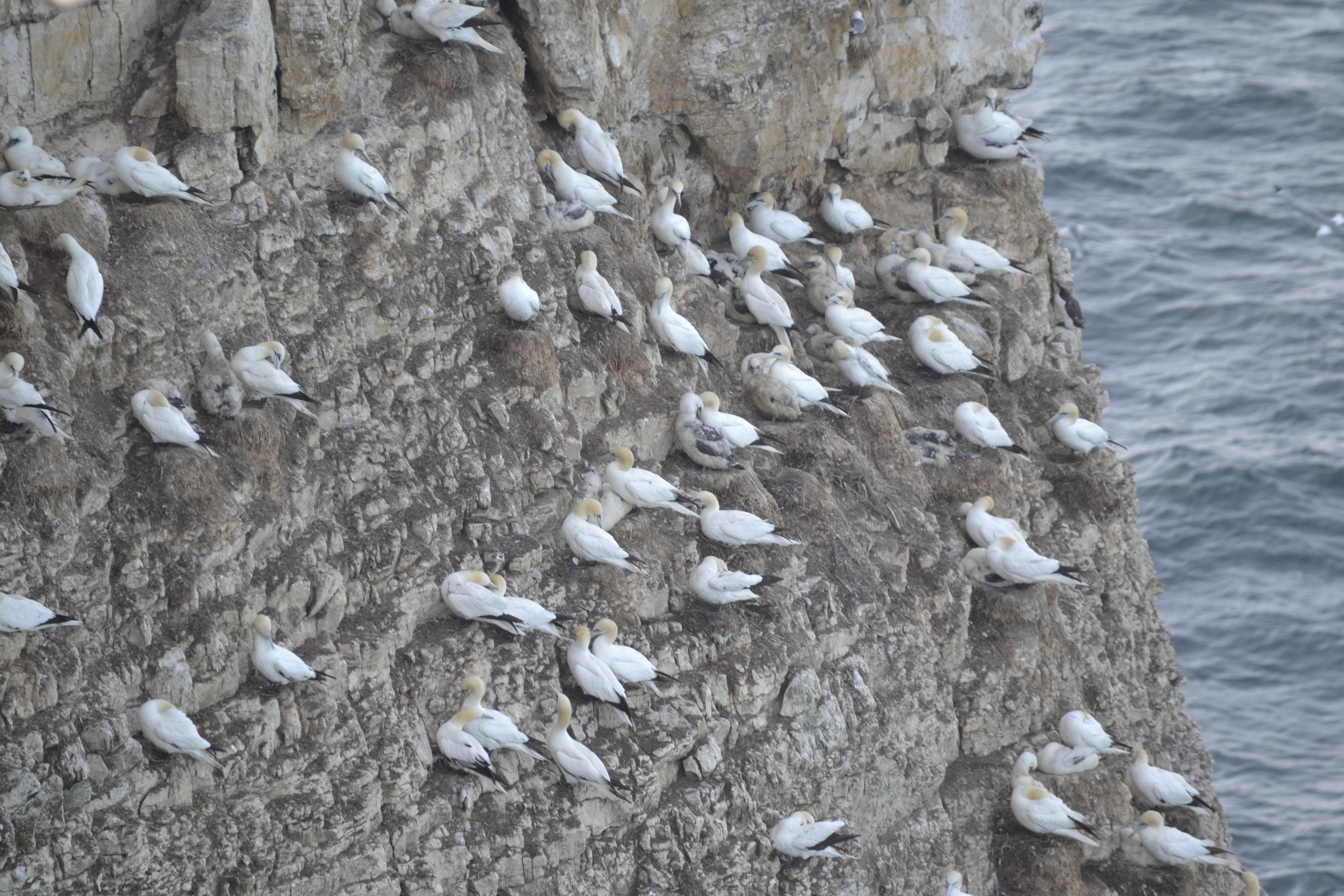 We managed to see one of the star attractions up close. Normally we’ve seen the puffins at a distance through telescopes but there was one close enough for a recognisable photo rather than a blur in the distance. I’m not winning wildlife photographer of the year with this one. But nice for Alice to actually be able to make one out. 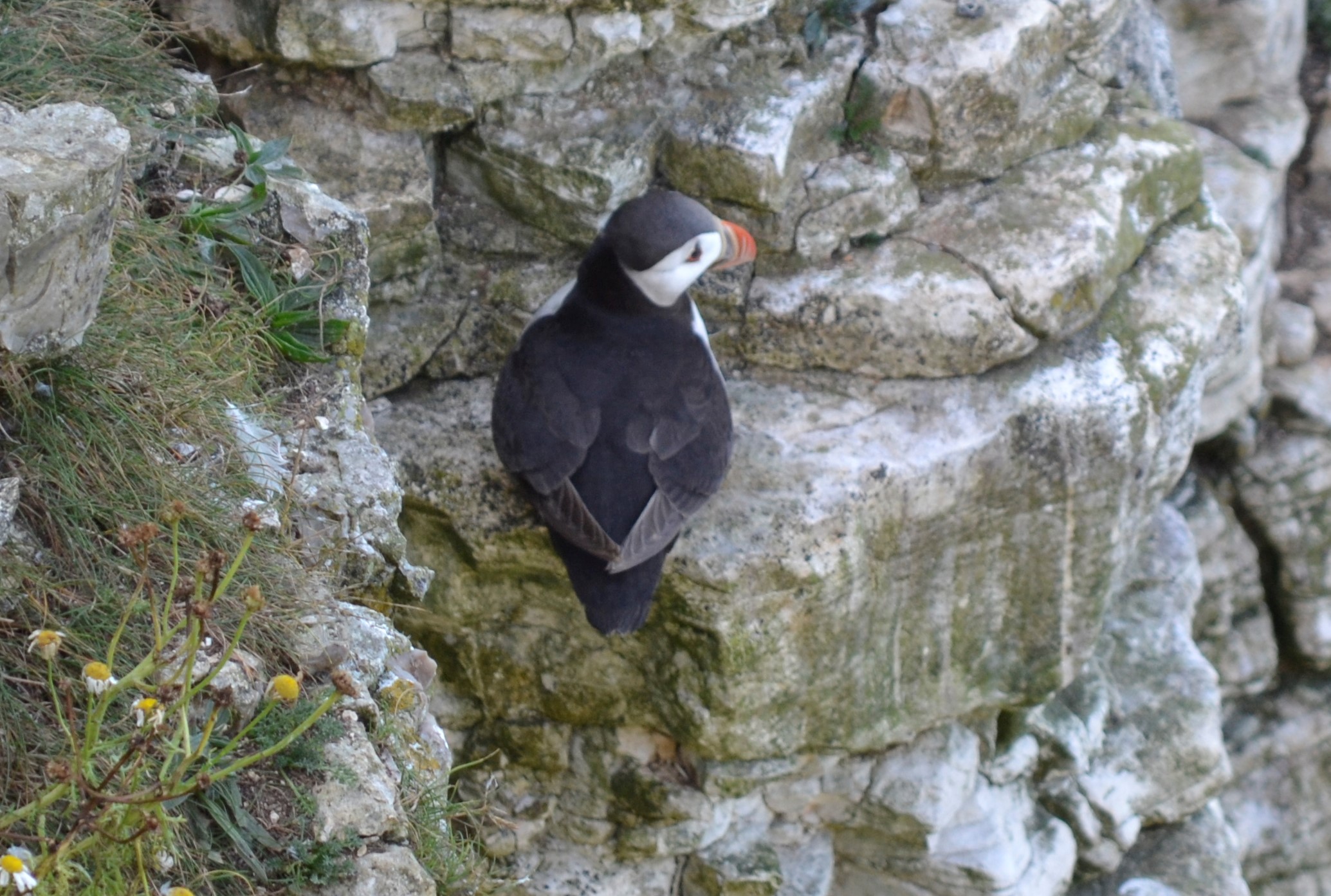 Though it’s not all about the birds. The insect life was pretty amazing too in the sun. 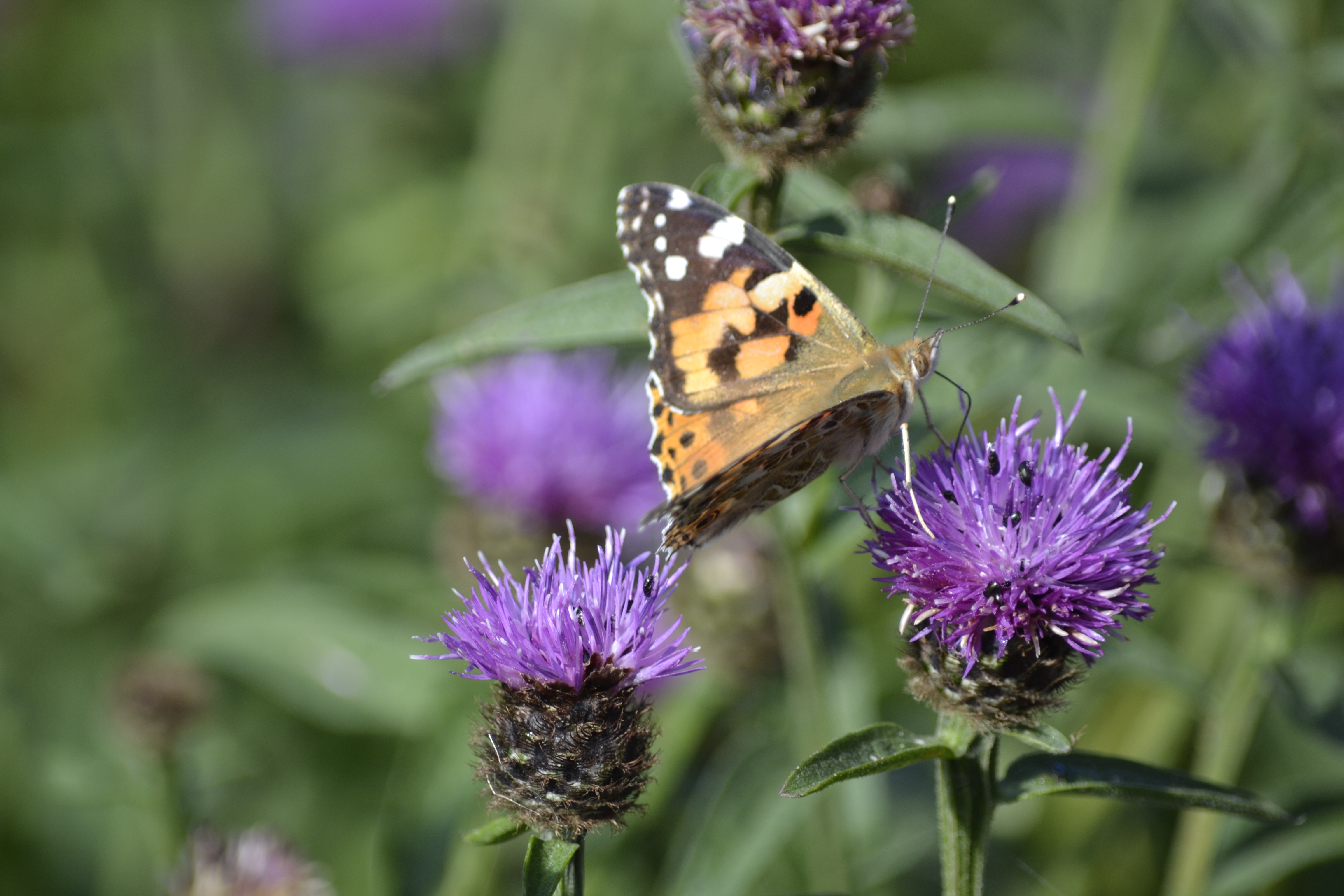 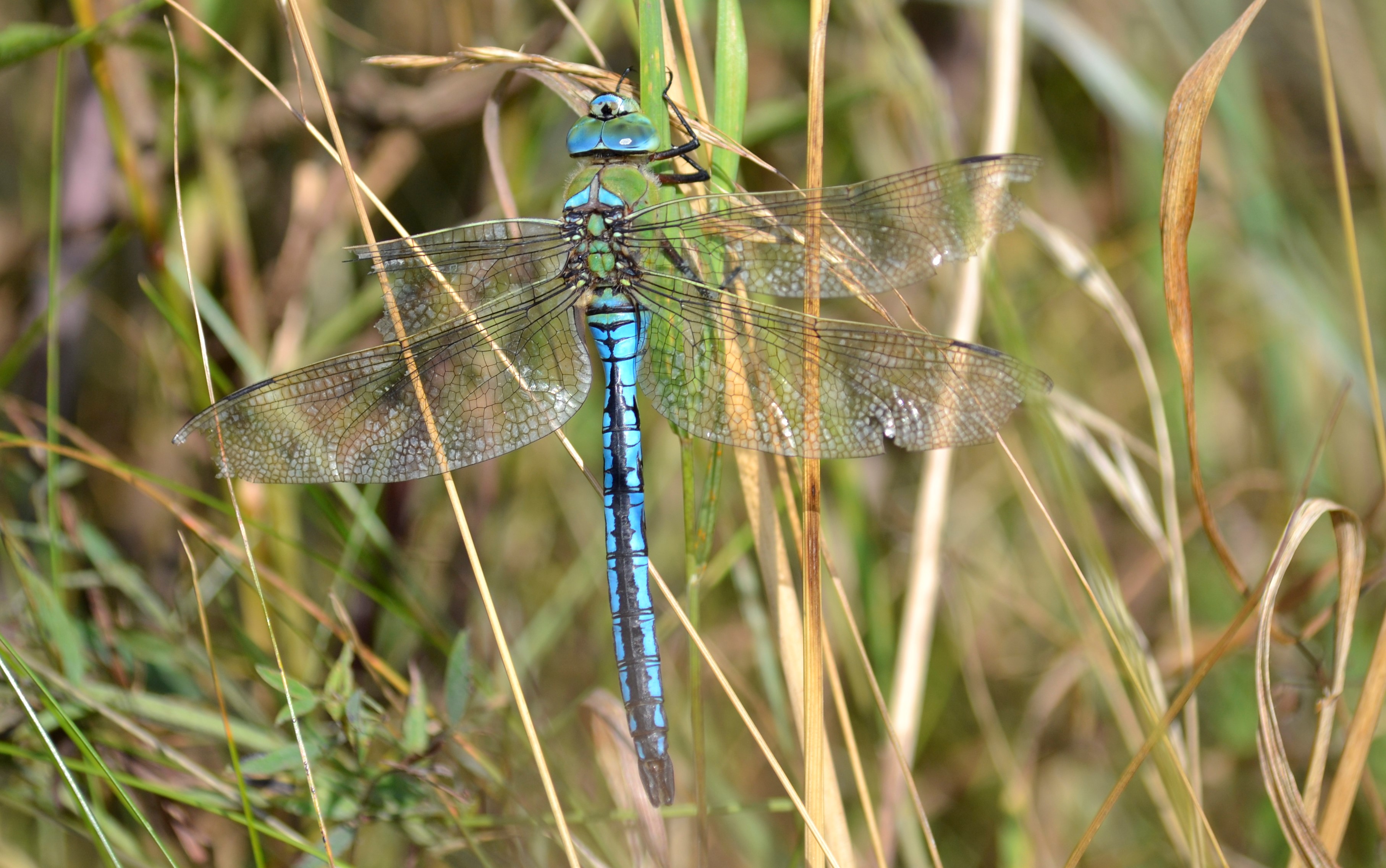 The wildlife at Bempton face so many threats with habitat destruction and changing climate that I continue to support the RSPB even though we probably only manage a trip a year. Each time we visit I hope for Alice’s sake these wonderful birds are still there as she grows up. 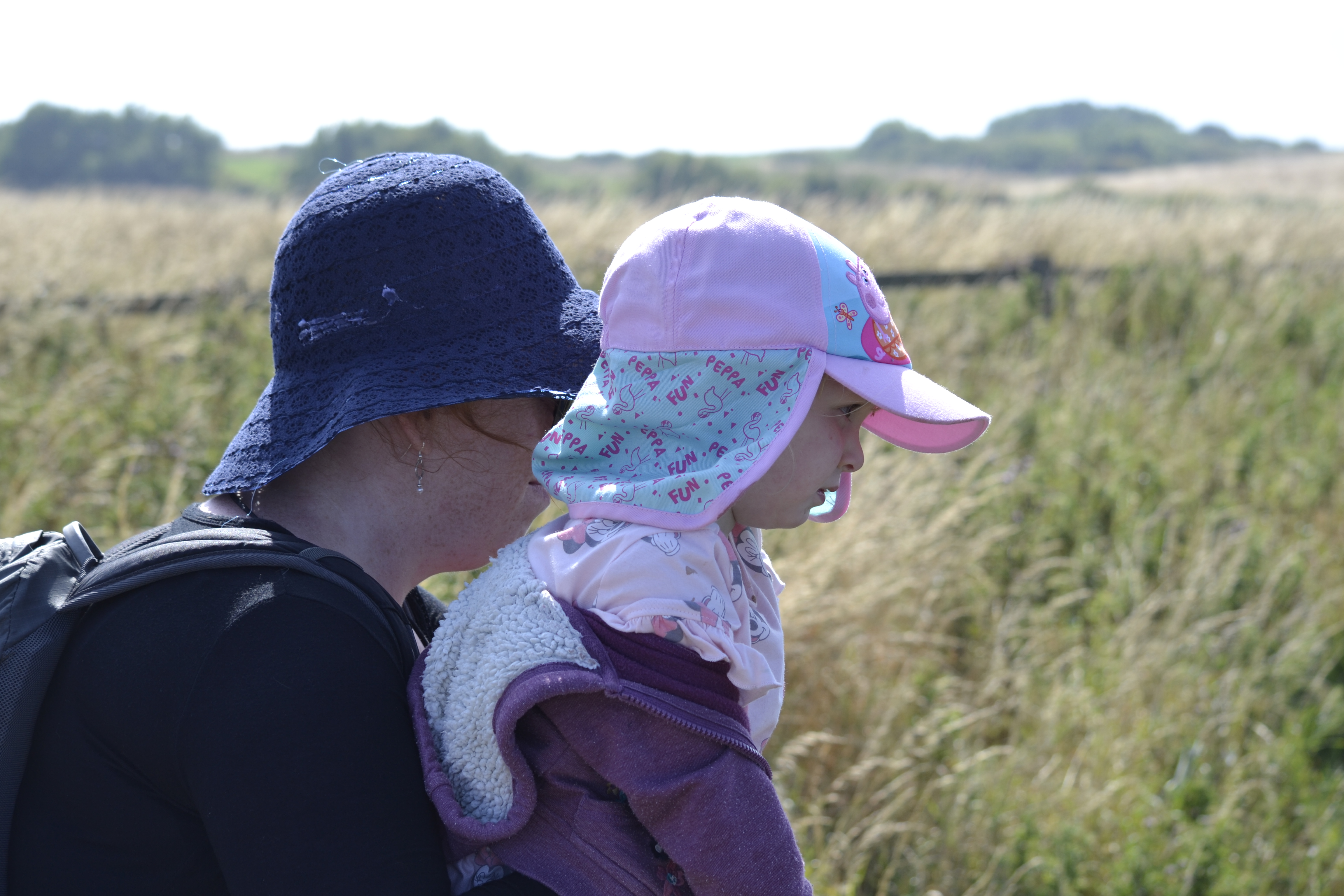 Amy was taken with this lovely little chappy so he was brought home which is now stopping the door rattling in the wind helping Amy’s dislike of noises. 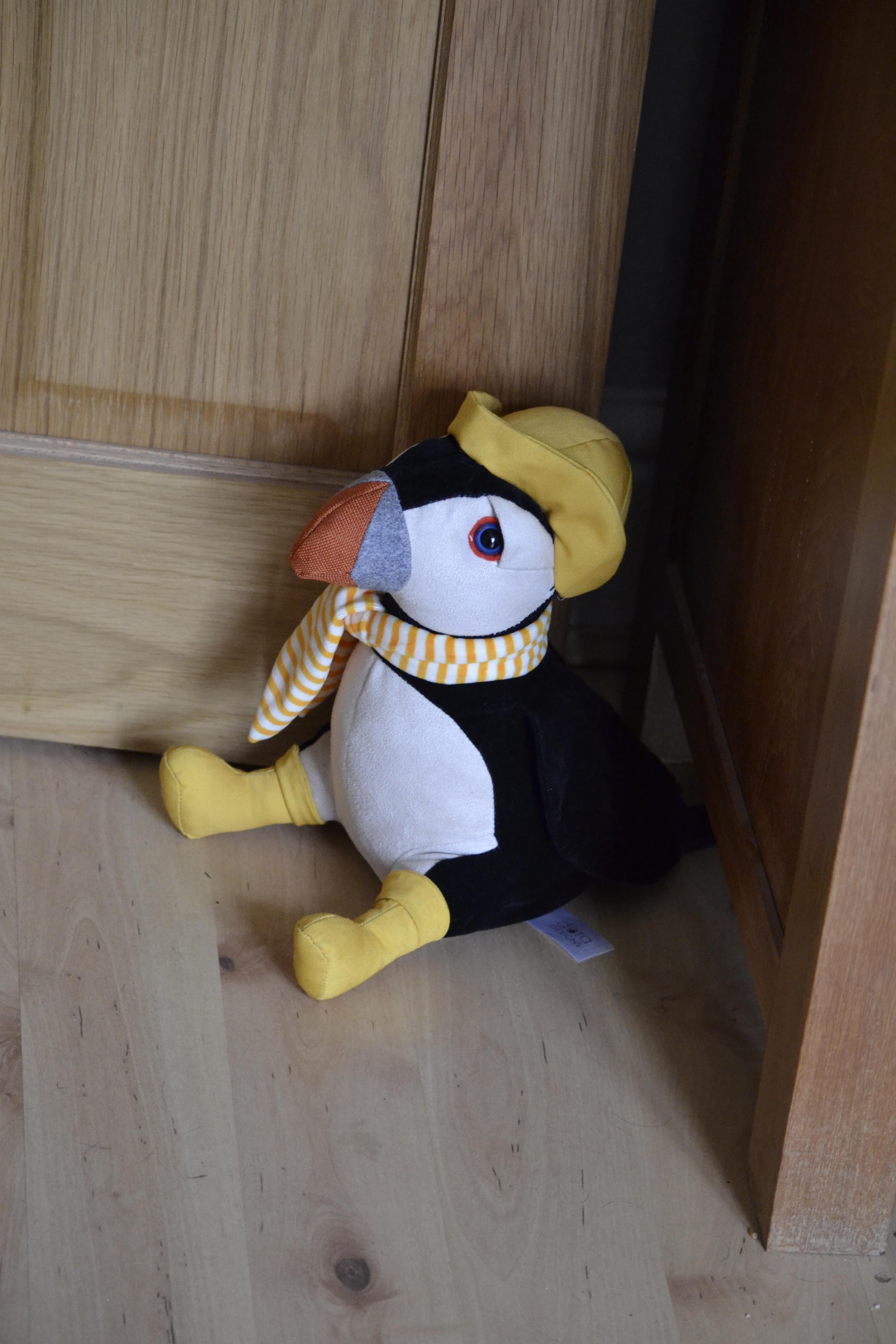 We’ve had a lovely time and have more holiday left to enjoy.

2 thoughts on “Bay and Bempton”