This week I seem to have ended up with a selection of Cottage Garden favourites. The building work is almost done now and the borders are full of activity with lots still to come up. I’ve spiked the lawn as it was badly damaged by building work and spread new seed. It will recover quickly enough but looks bad currently. We’ve had good bursts of sun and rain which should help. The front garden has had a few plants put in and I’m hoping to get a bit further this weekend.

They are one of my favourites. The tall spires are always great to see and beloved by bees. I’ve got a mixture growing this year. Some I grew from seed, some that self-seeded and a few cheap ones purchased. Many of the varieties this year seem short so I’m going to start growing some taller types to make sure they are standing proud in the border next year. 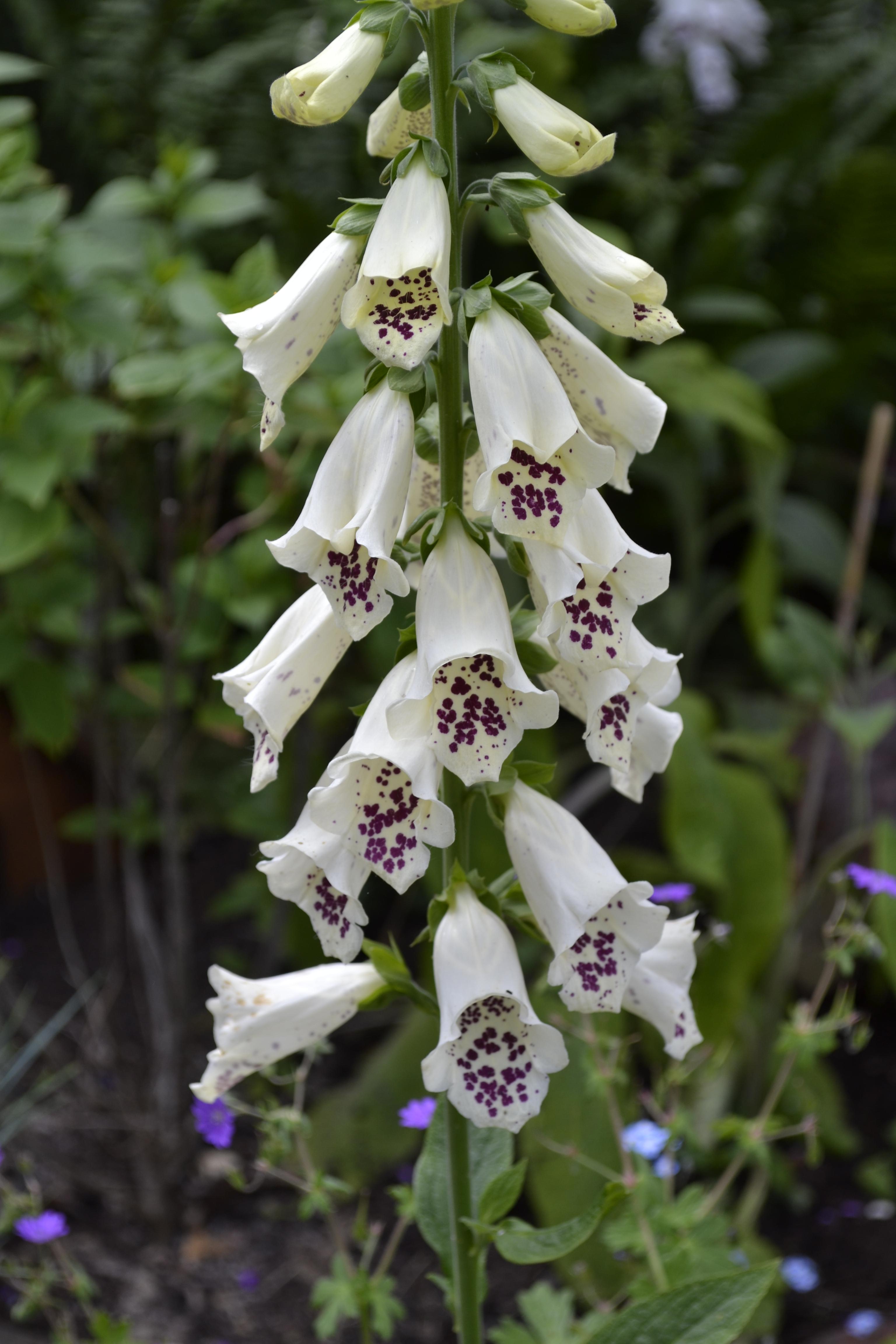 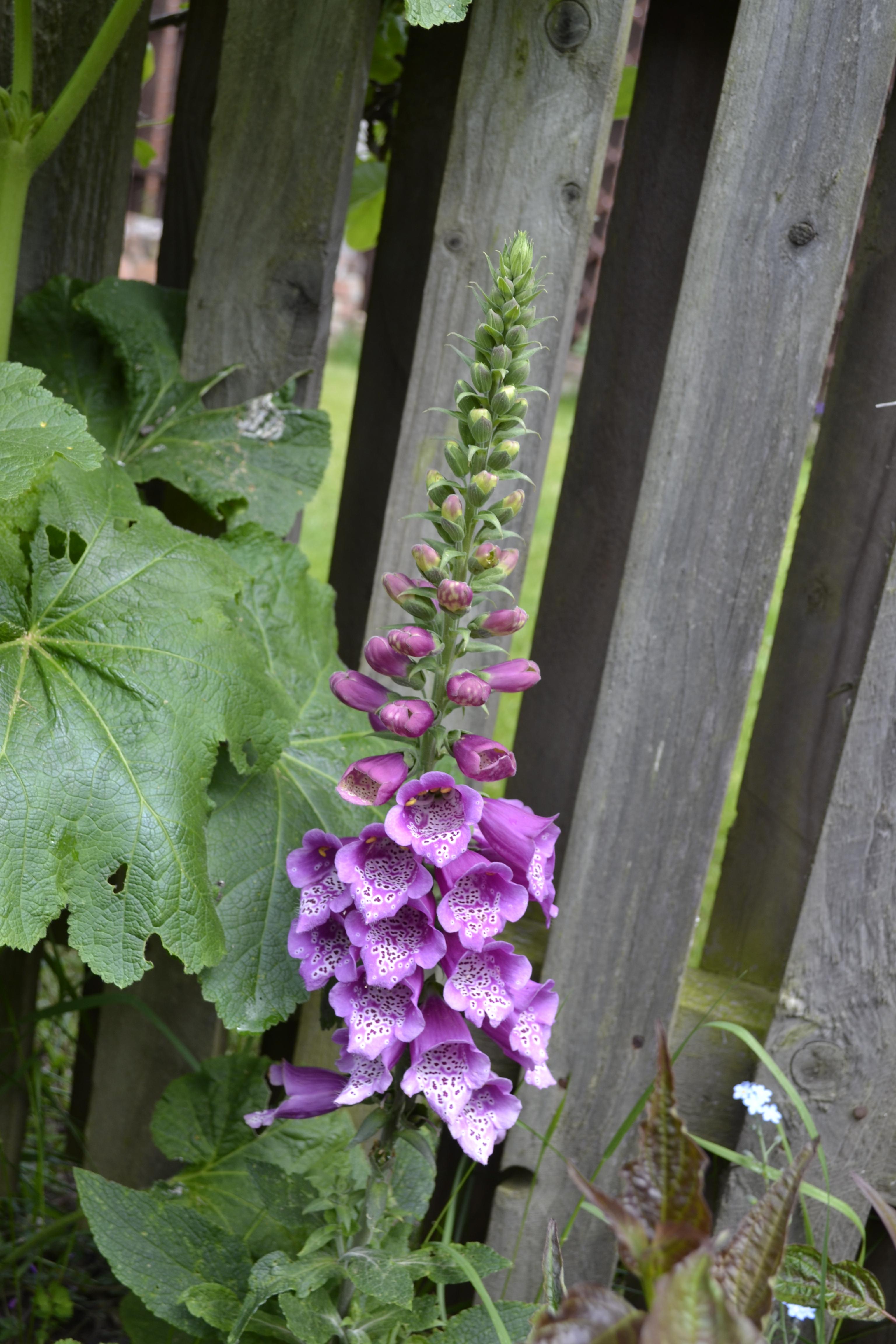 Last year I planted several patches of lupins. They were all devastated by slugs and snails with the exception of this on that is growing strong. It has been surrounded by sheep wool pellets to act as protection. It’s done the job well. 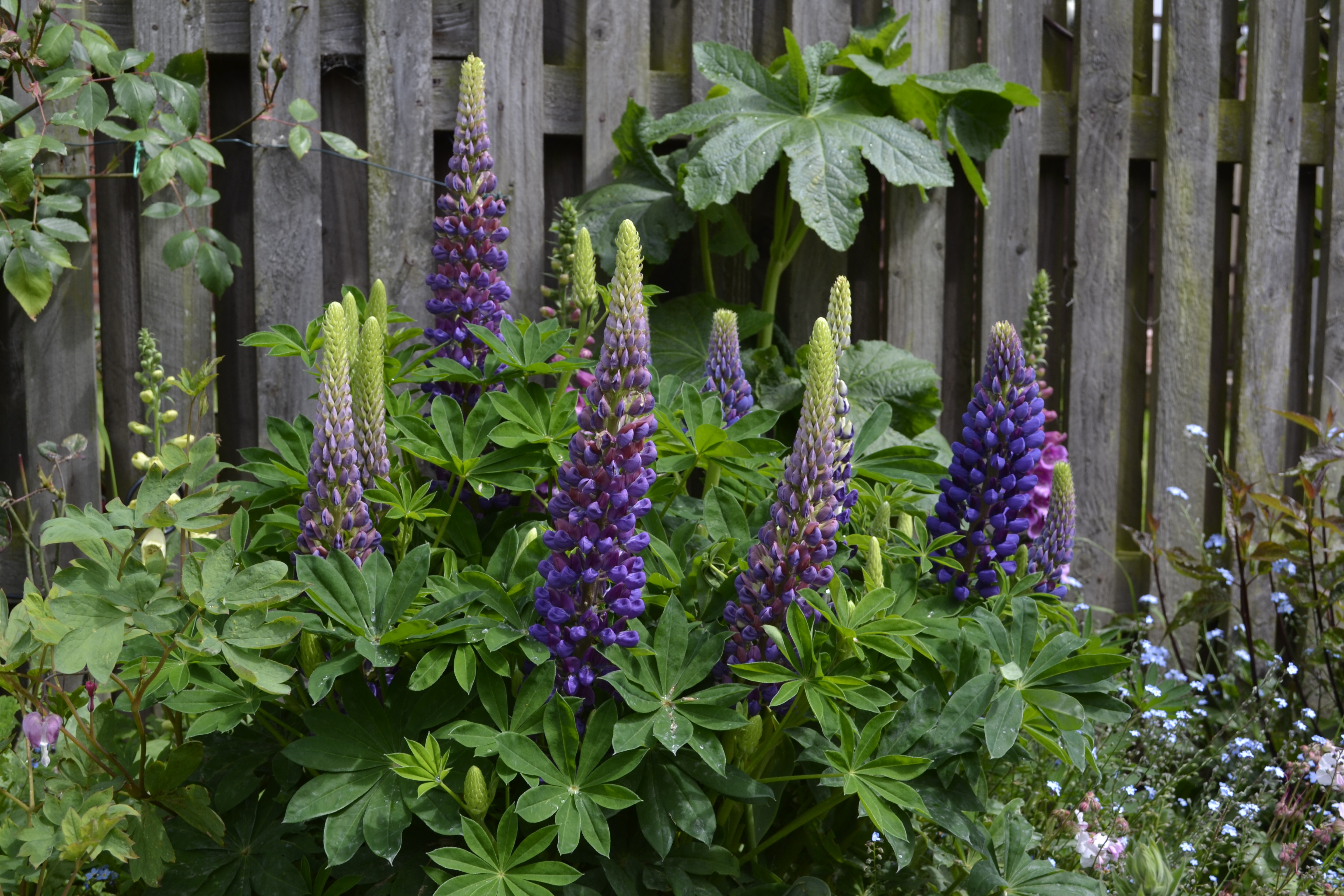 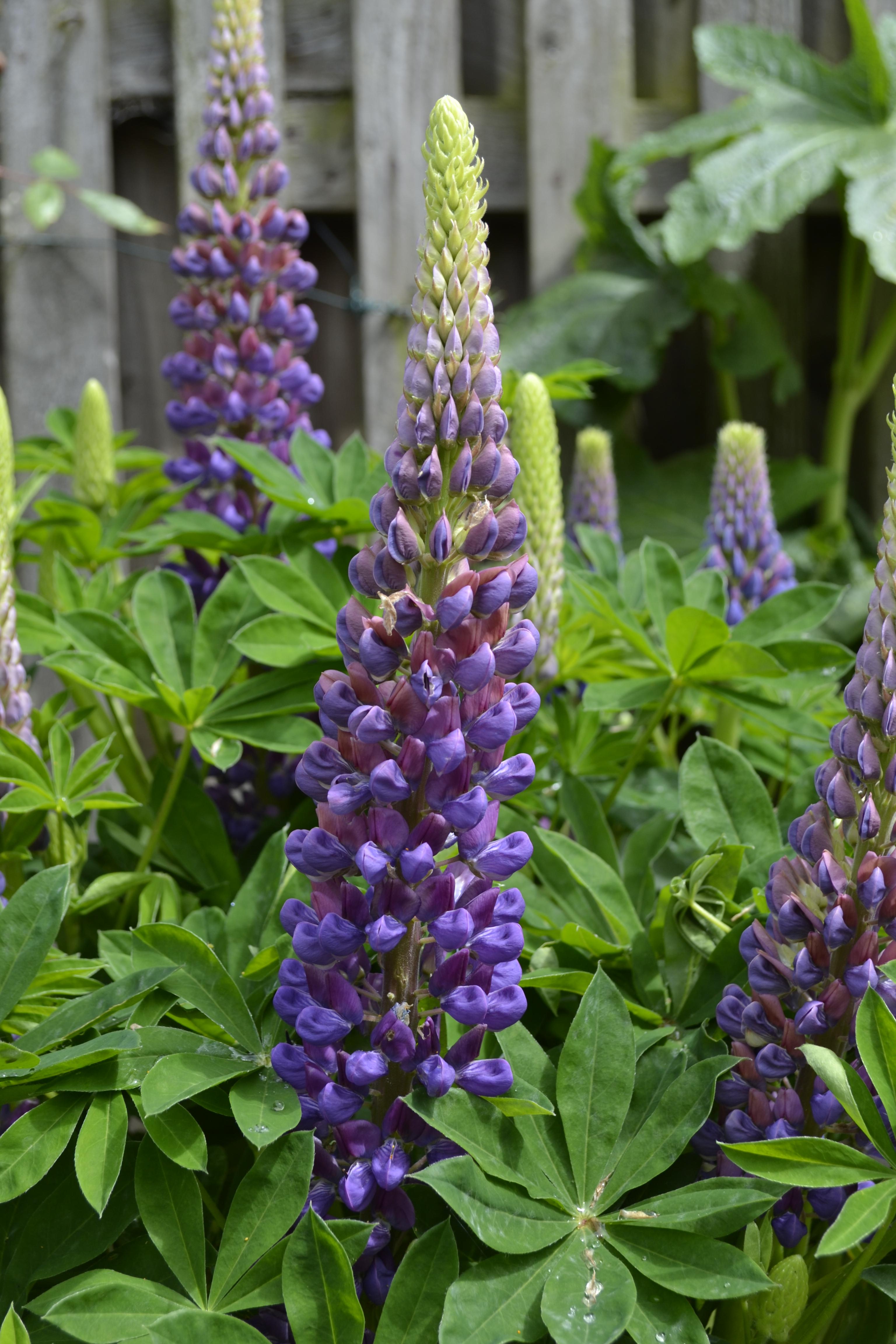 This early Dutch honeysuckle was planted last year. I planted this one on the edge of the patio with the intention that it will grow up to give the scent on the patio. I have some native honeysuckle in the corner of the border but no one ever gets close enough to enjoy it. This is growing up well gradually claiming a good section of fence. I’m gradually getting different climbers established along the fence to build up the greenery. 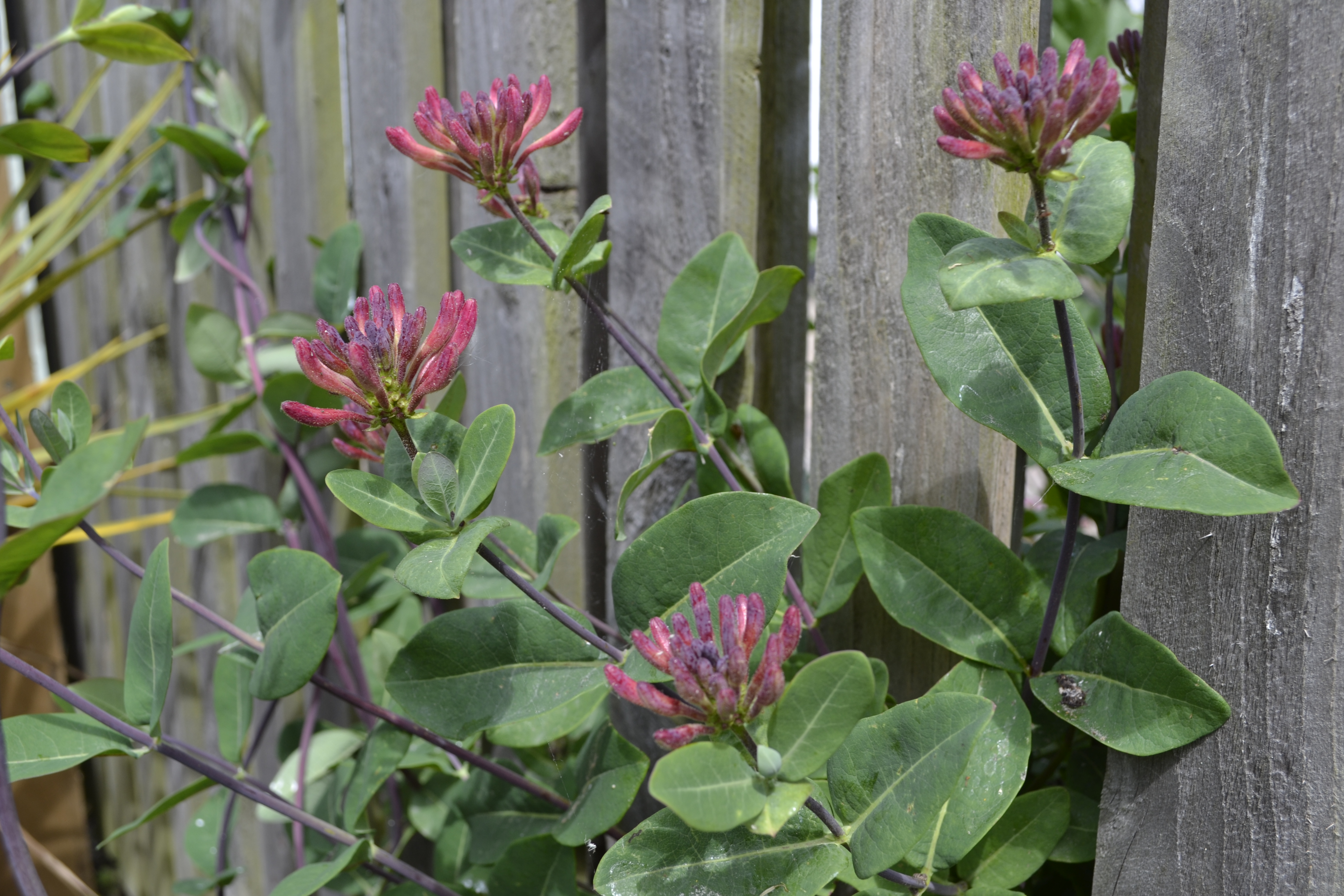 My mum planted a handful two years ago. I allow a few to self-seed and come back each year. 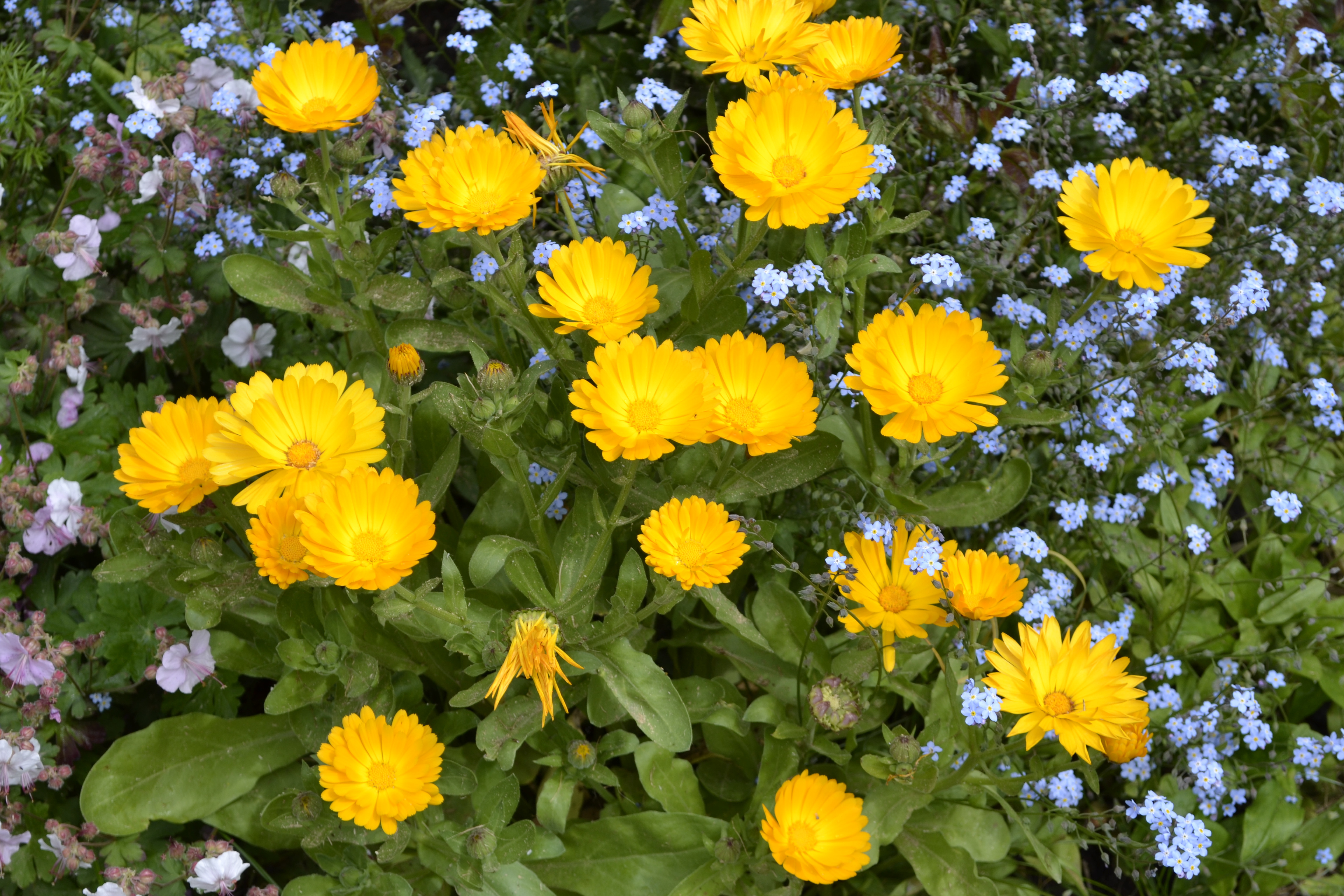 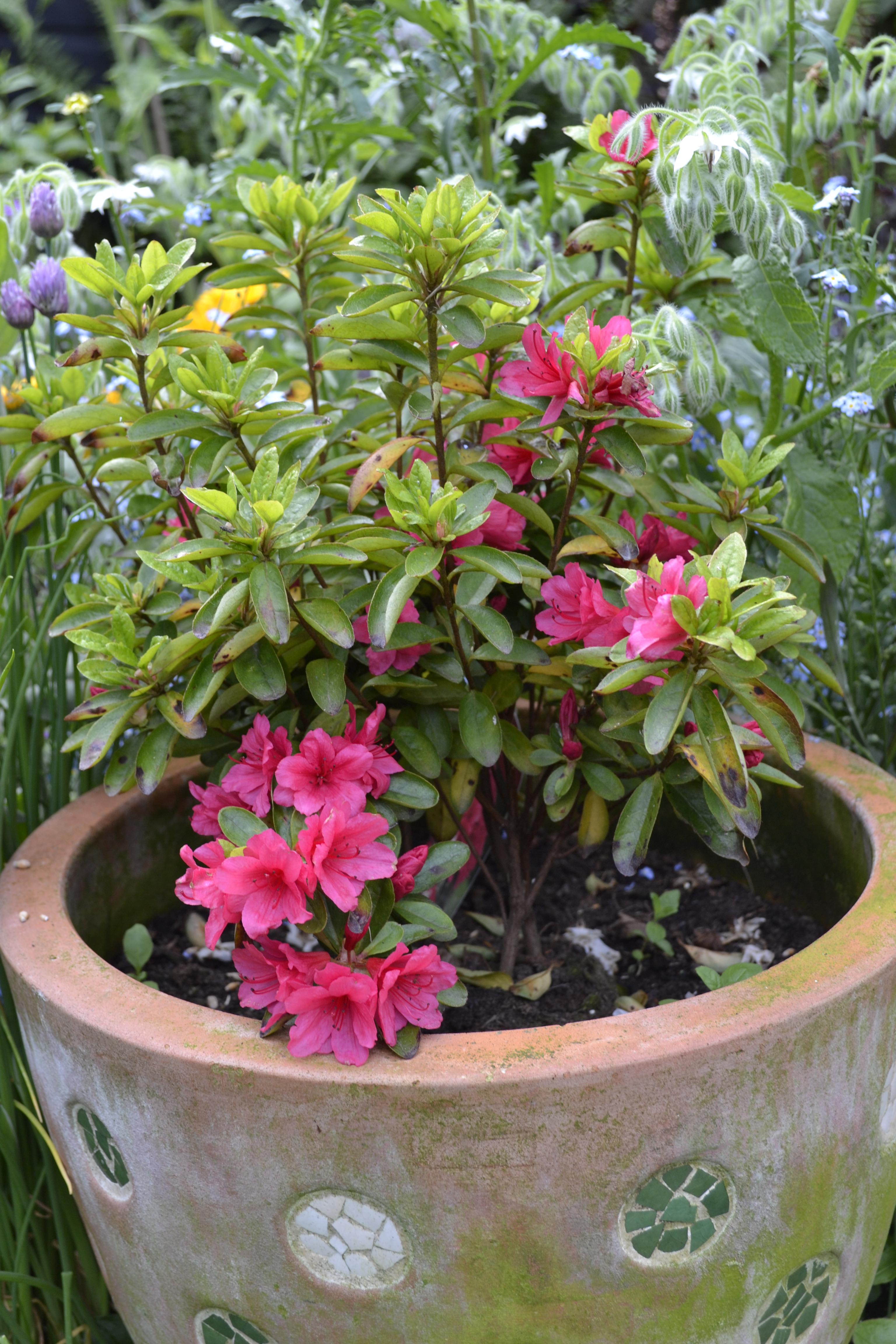 I bought this little azalea last year. It’s not really my taste but I know Amy likes the one at her dads. It’s put on a good amount of growth since buying and has more flowers than I expected for its first year. It’s bold and brash so I’ve currently got it down by the bench at the end of the garden as it stands out from a distance. 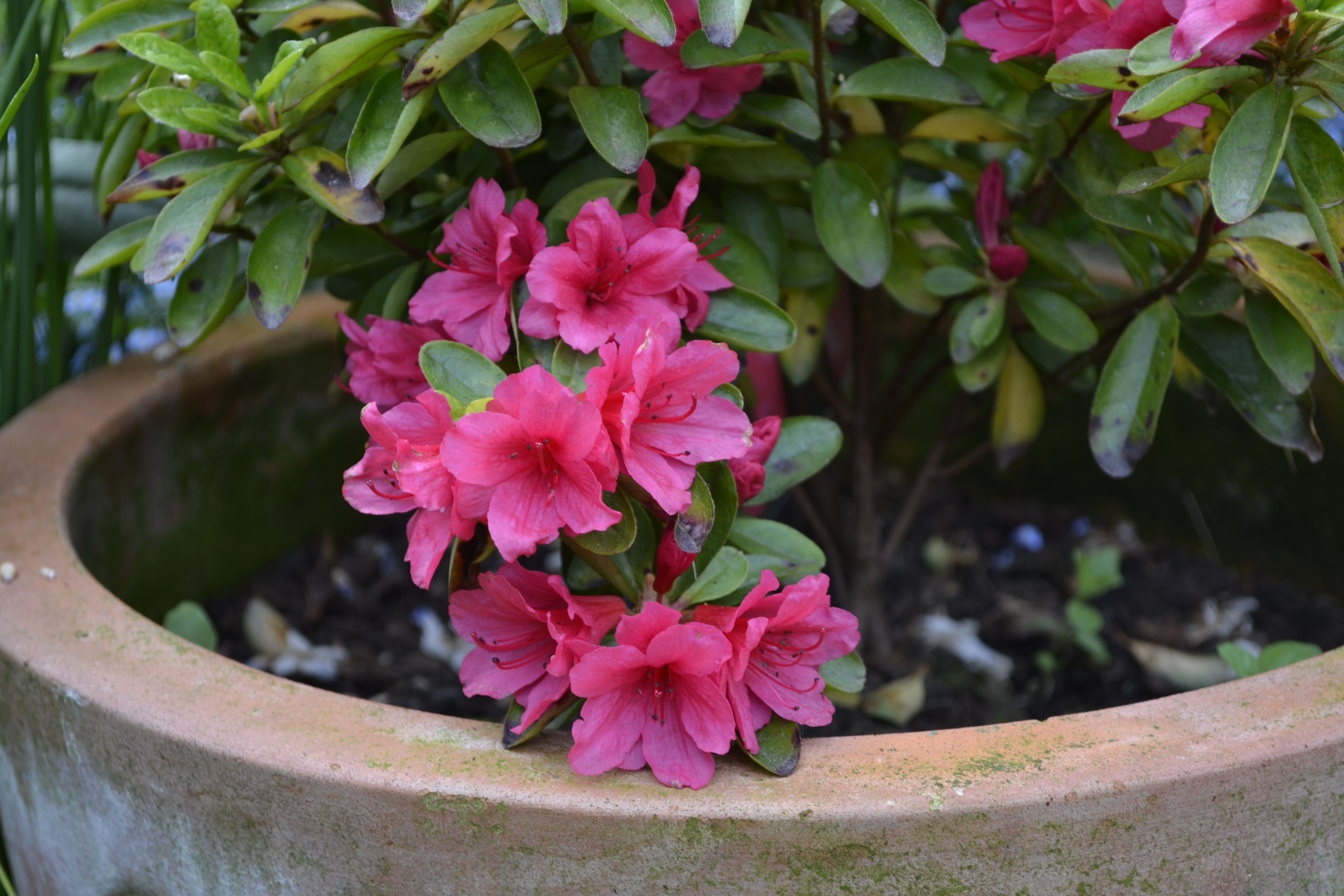 Another addition from last year. I planted two of these bare root climbers last year. They have put on loads of growth and I’ve been working on training horizontal branches to encourage flowers. It’s covered in buds that are starting to open. It’s about a third of the way up the fence. In another year or so this should cover all of this fence section. Again, like the azalea, the flowers are bold and showy. This one doesn’t have any scent to speak of but there are two old roses still to flower with great scent. 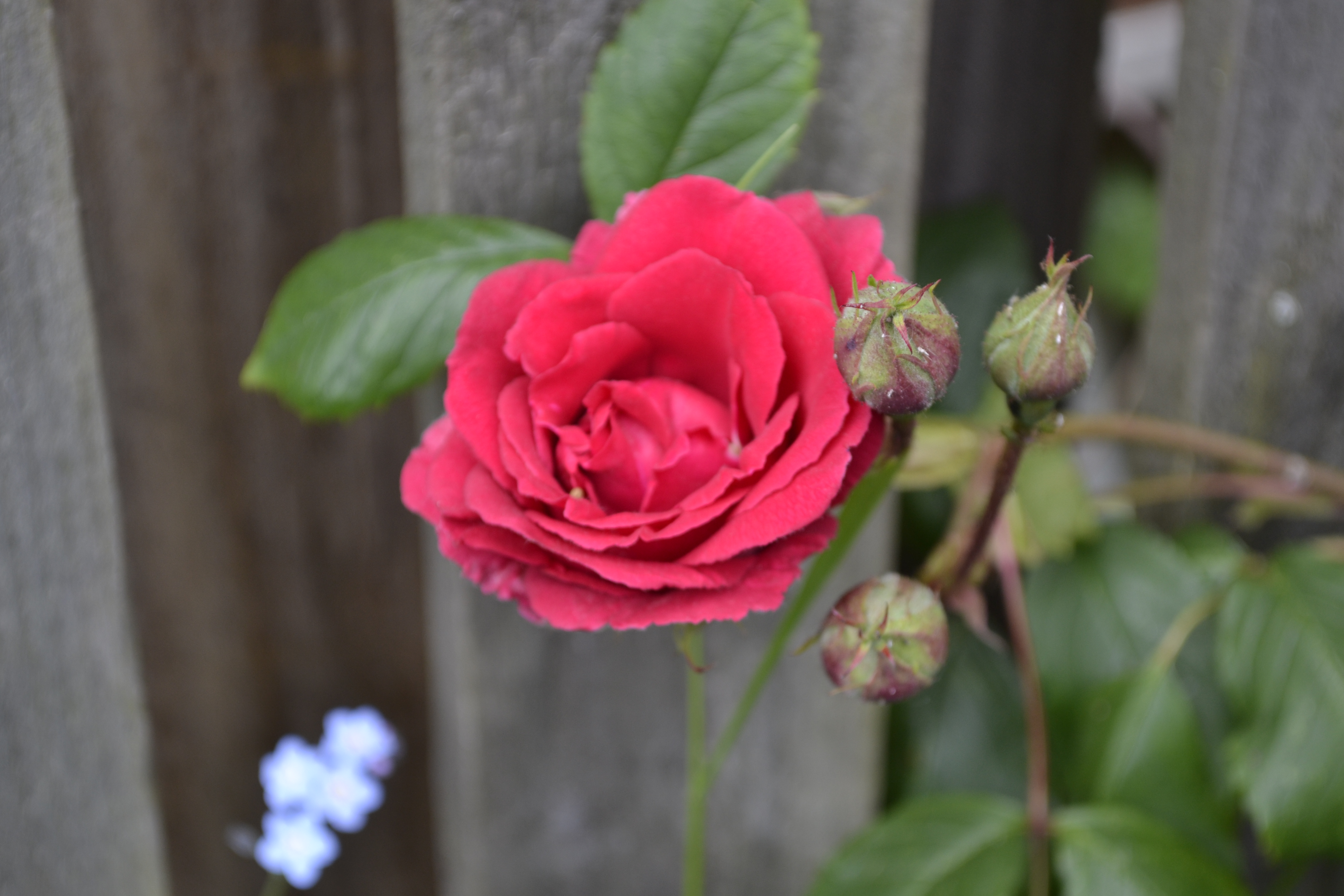 Tomorrow is open gardens in my area so I’m hoping to get out and have a good look through lots of other peoples gardens. It didn’t run last year but the previous visit was great. There are some spectacular gardens around me and it gave me some great inspiration for what would probably do well in my garden when I first started out. If I get out you can expect mass numbers of photos