This weeks six seems to have inadvertently ended up having a largely white theme. I don’t use white much in the garden but it seems to have come all together. There are some stunning blooms this week. Then a rather spectacular prize. Amy thinks I am very lucky. I have won multiple prizes throughout the year. I won a bird box from meadow in my garden last year, the Thompson and Morgan Succulent kit and vouchers from Old House in the Shires linkz party. Maybe it’s time I buy a lottery ticket.
1. Camellia

Last week I featured the pink camellia. This week I’m showing off the other camellia. This is more established than the pink variety. It suffers each year with frost damage. It just isn’t hardy enough for my garden but it seems a shame to remove an established plant and I don’t fancy wrapping it for large parts of the year to protect it. At some point in the future, it will probably be removed but not yet. The hoverflies are enjoying it currently so it is at least providing some wildlife benefits. 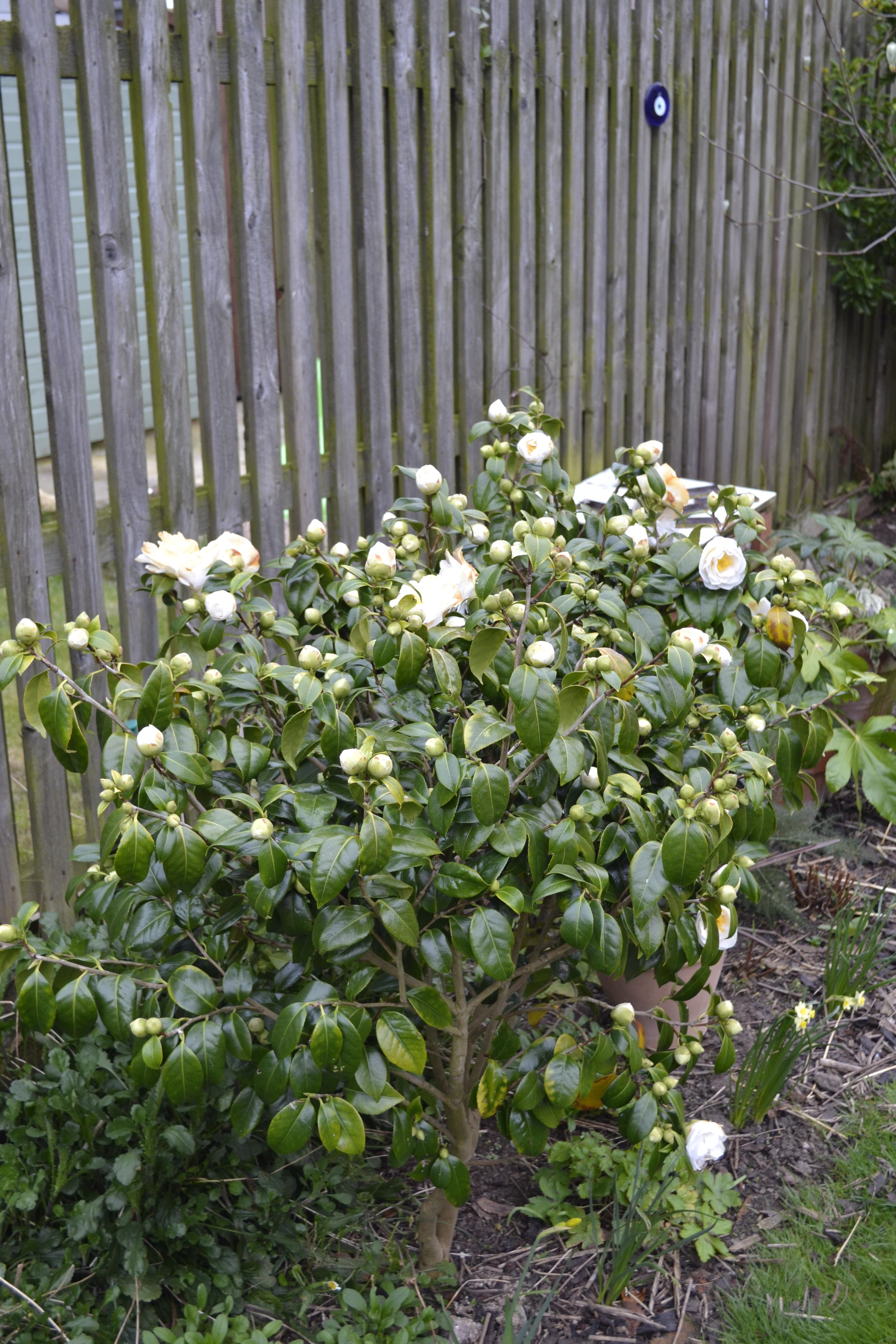 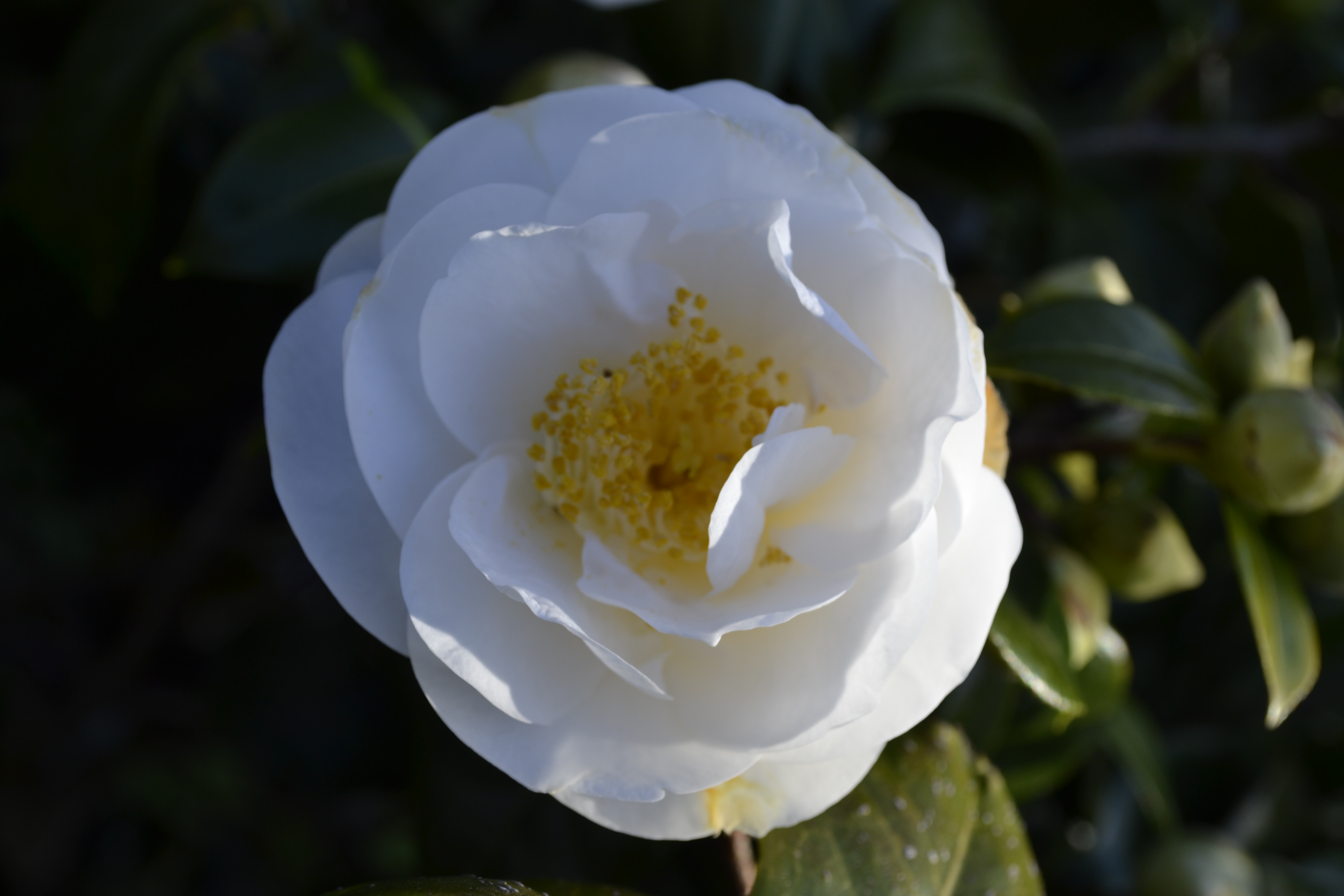 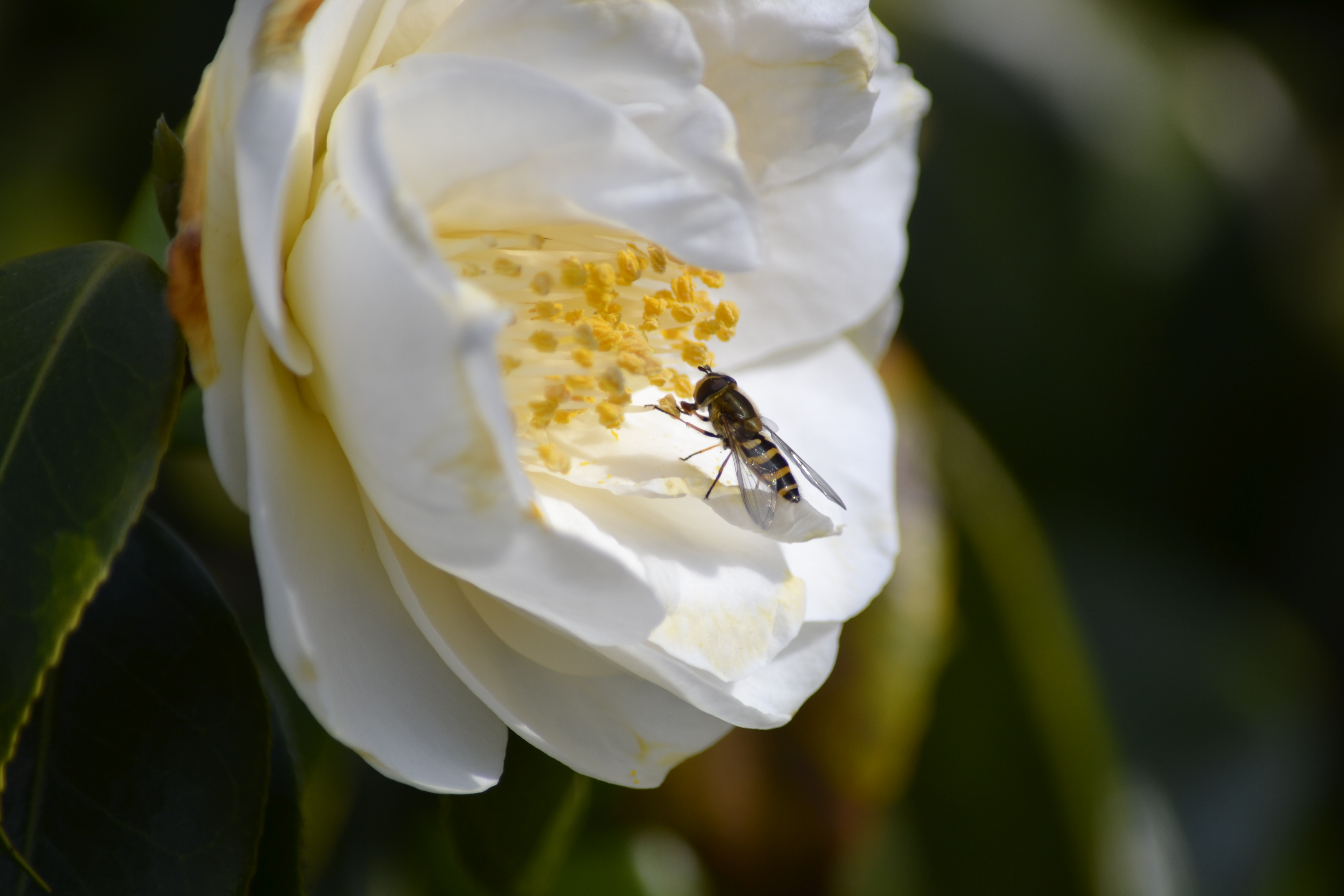 These were bought for us as wedding gifts and planted last Autumn. They are currently sat in a pot on the lawn while the building work goes on. So, not the best display situation but they are still pretty with there small white rosettes. Each bloom is only a cm or two but beautiful. 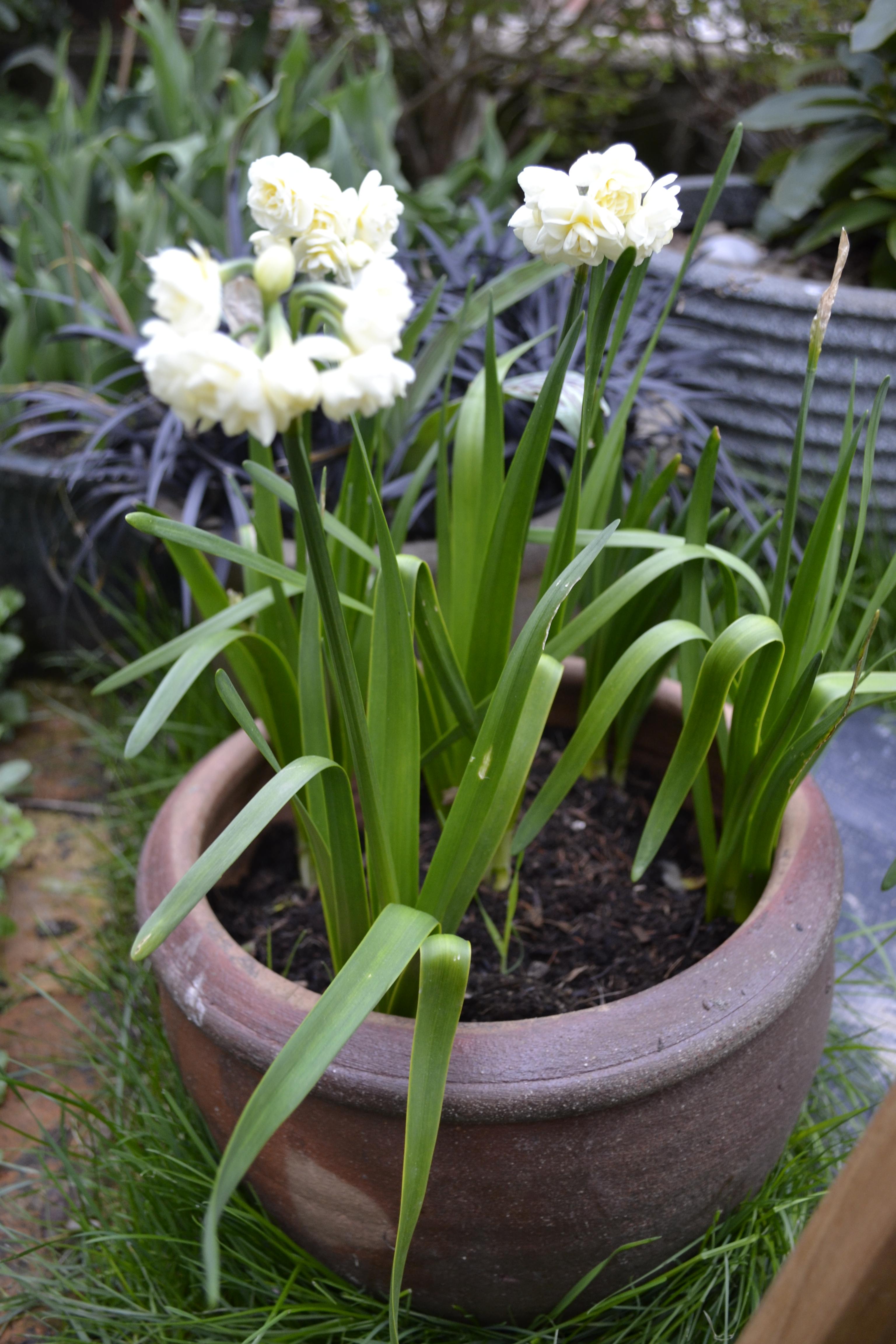 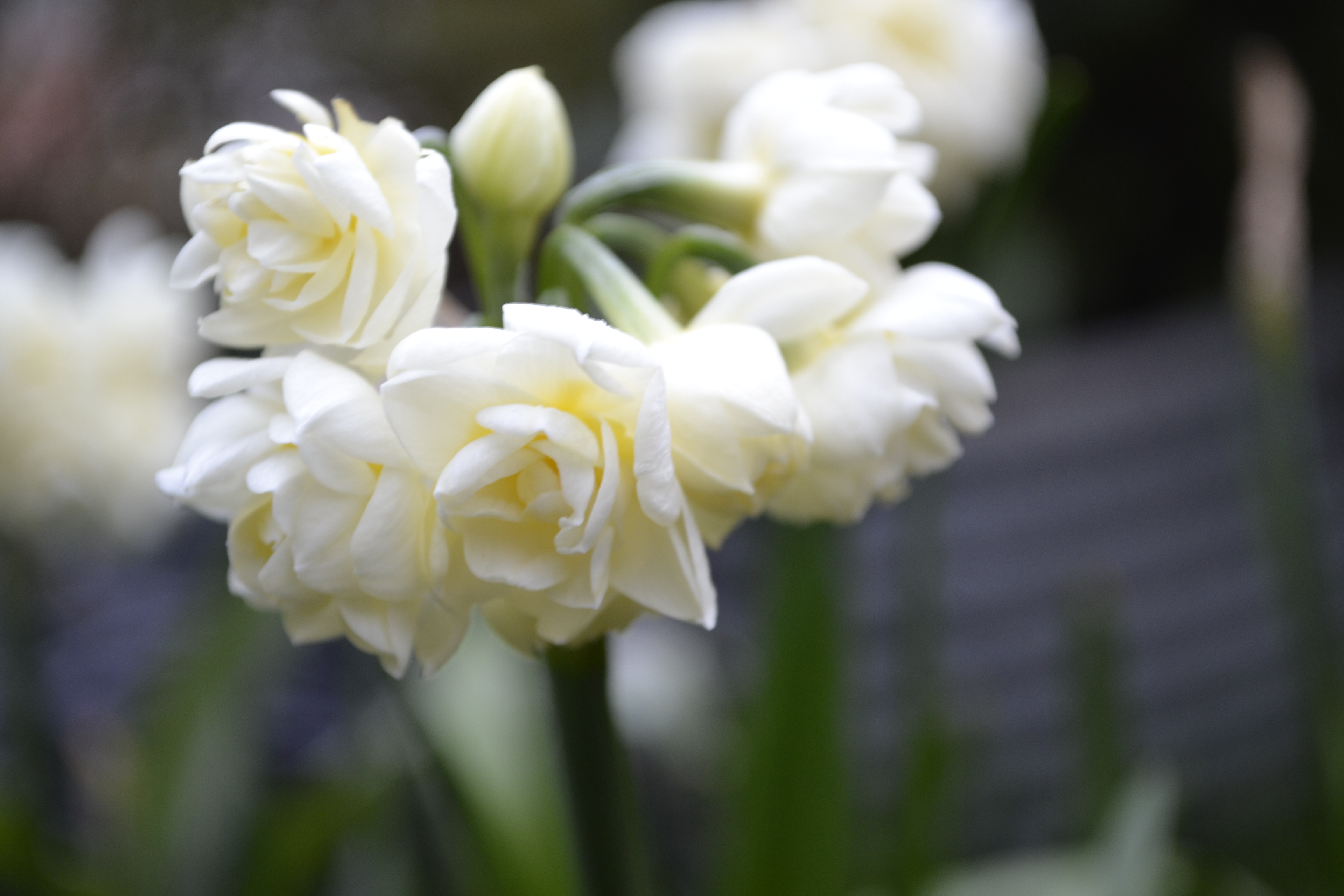 I planted these two years ago and forgot about them. They were a surprise last year and a surprise again this year. They are a bit crowded by surrounding plants. I may move them or plant some more as seem to be reliable bulbs suiting the conditions. 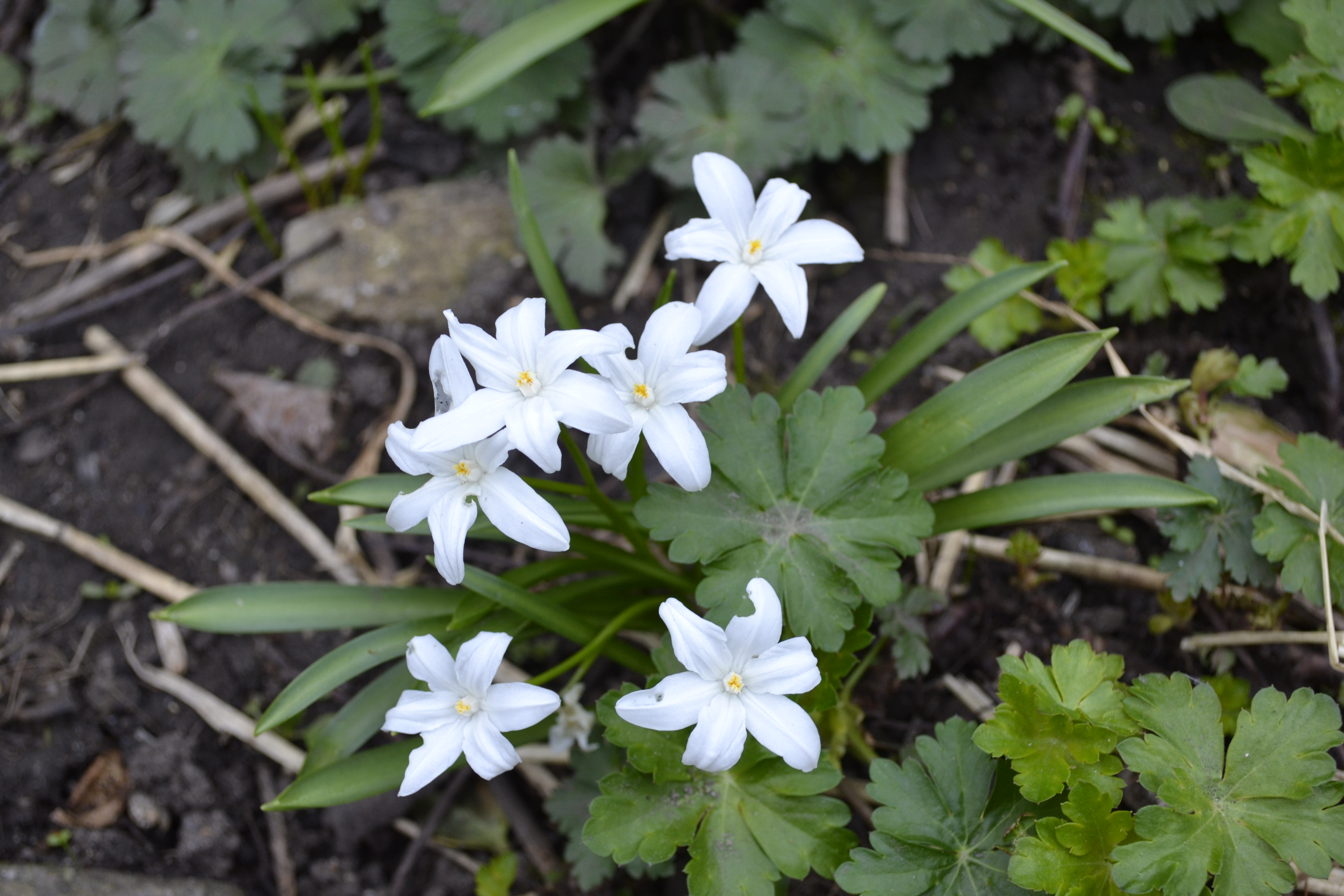 The smaller daffodils are coming into flower. These were from a mixed bag from wilcos. I hope these last and spread as they are some of the nicest around. I plant the brash yellow variety as Amy likes there cheer but I much prefer these. 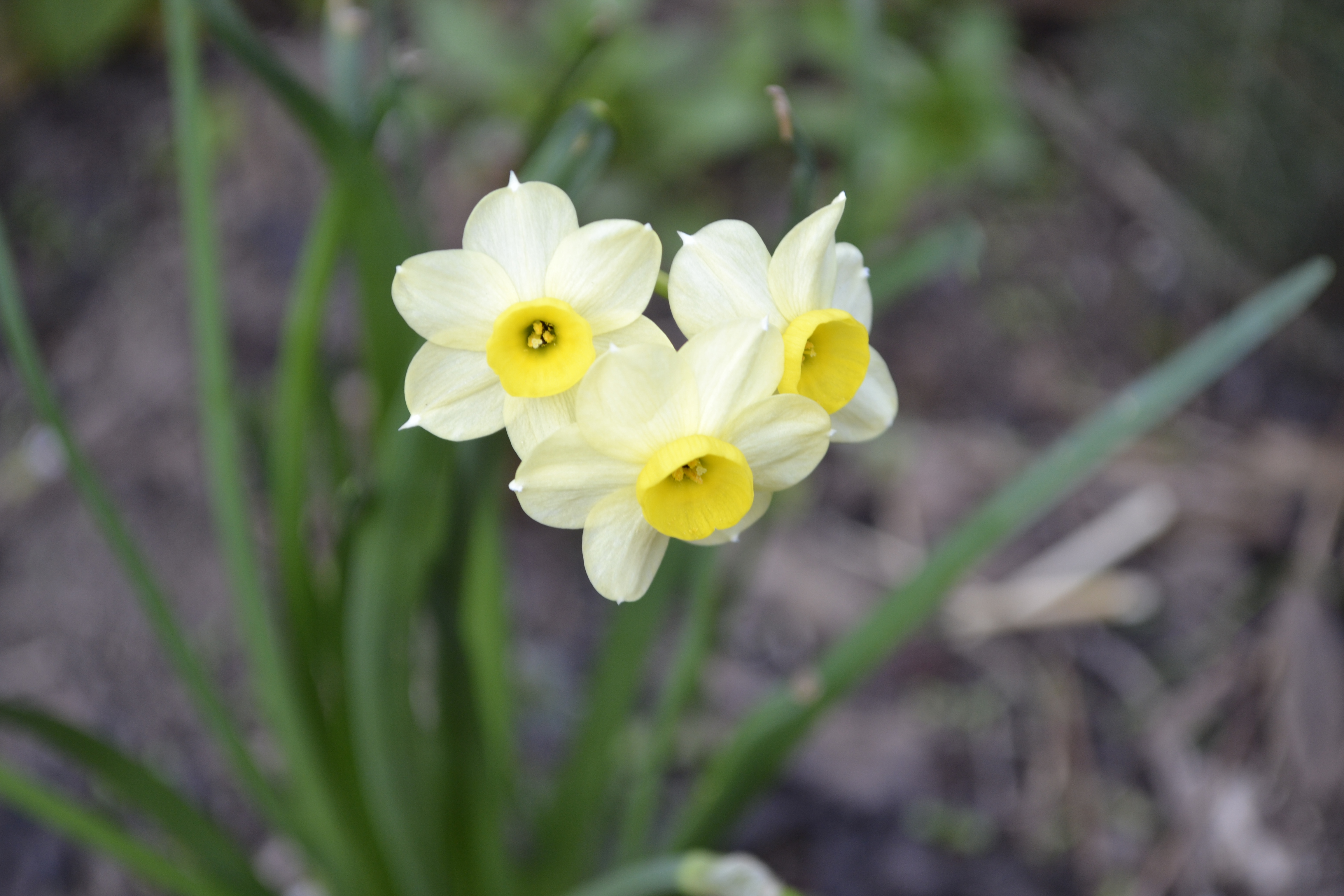 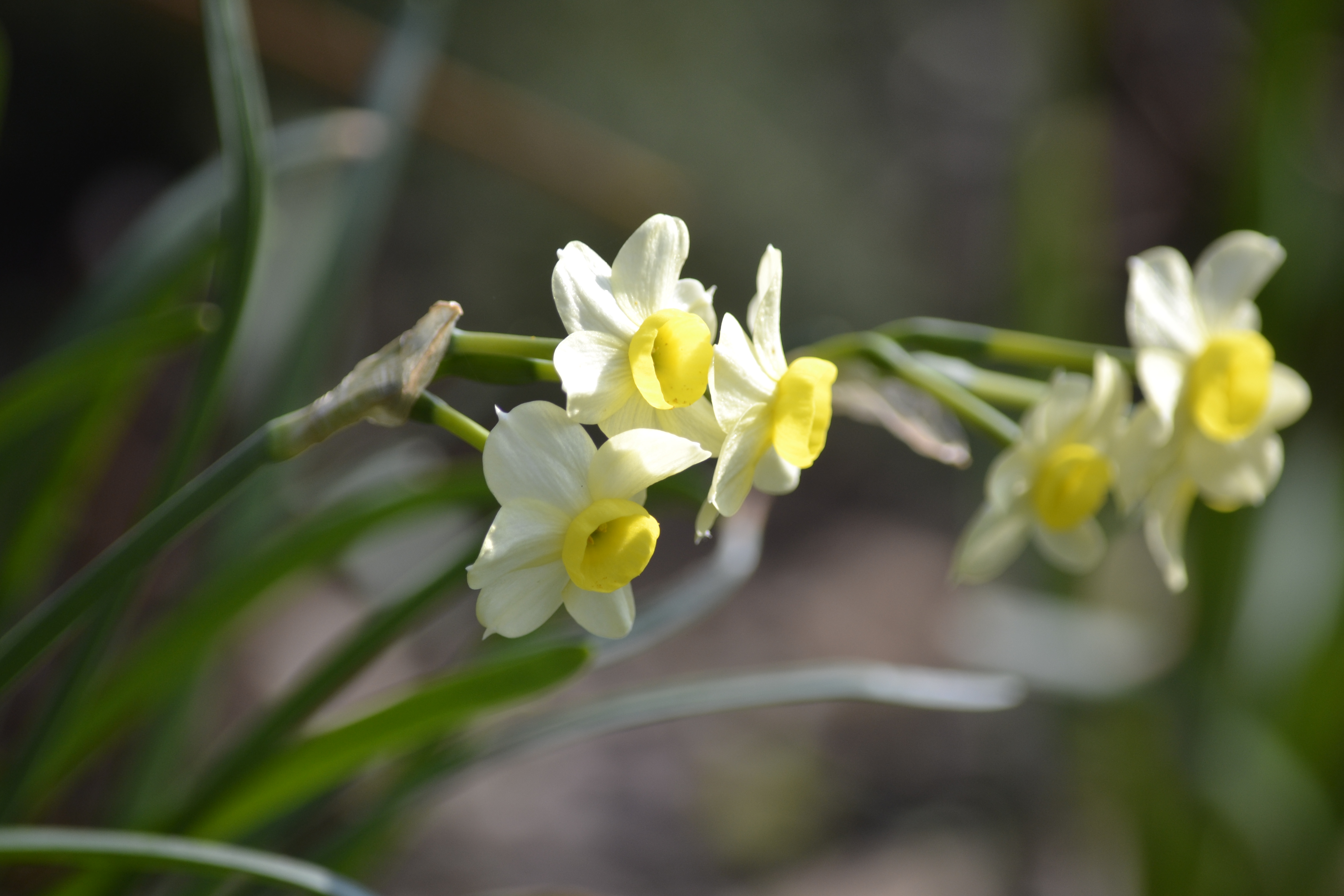 And now moving away from white blooms, though a white primula has snuck into the photo. These were a birthday present two years ago. I probably wouldn’t have bought them for myself as I favour the plain white or cream primulas but they add a dash of colour and seem to be coming back reliably each year. Though something has been munching on them. 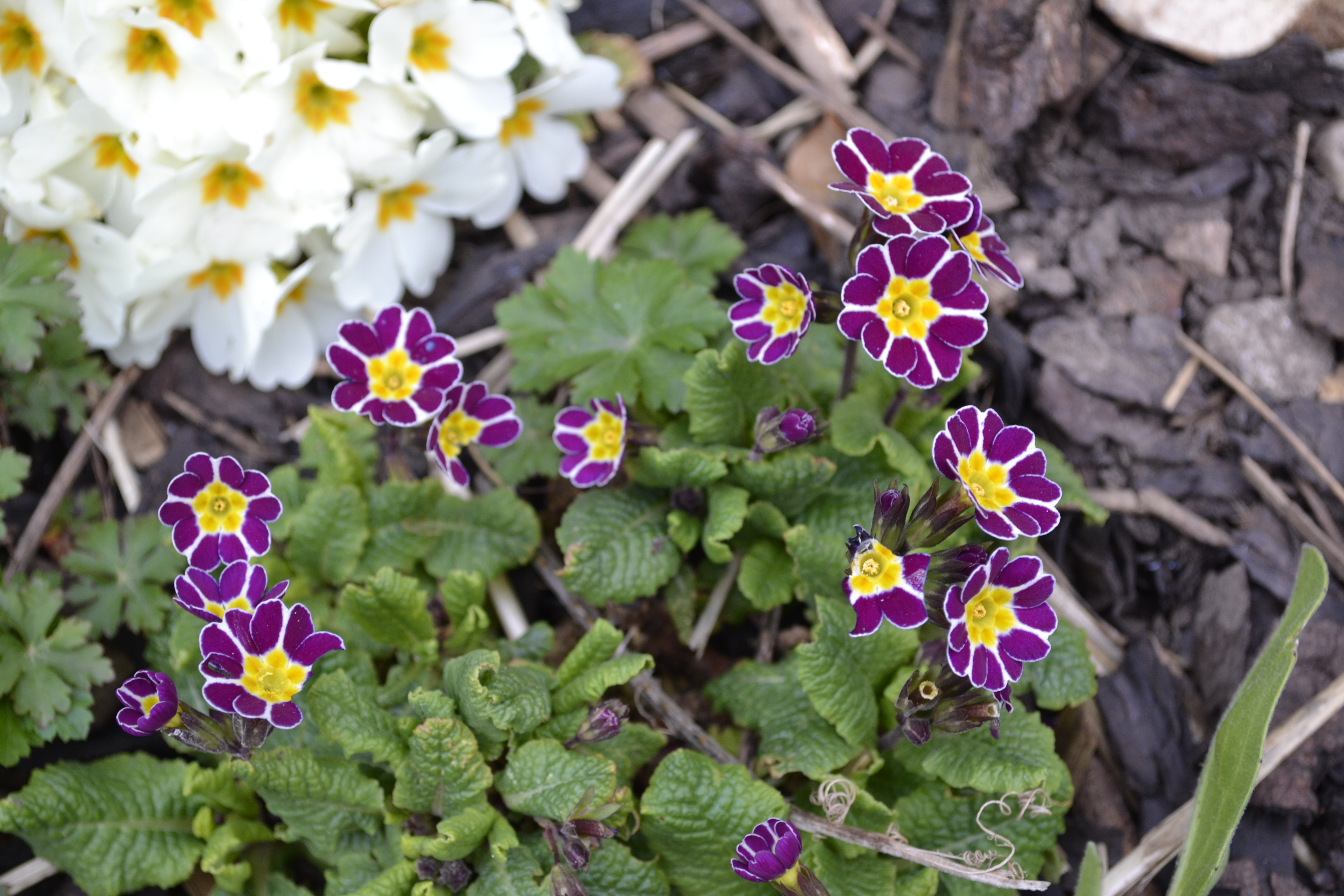 Through a Twitter competition through Wildlife Paul, I have won this lovely Bird Box View nestbox. The nestbox connects up the laptop to give a view into the nest box. I’ve used the Free2X Webcam software which allows me to sit and watch what is happening in the box. Currently, nothing as I haven’t hung it up. I’m going to give the roof an extra layer of waterproof paint to get a bit more use from it. I’ve got a rough idea of where I’m going to hang this. It’ll be good to sit in the new garden room once the building is complete and hopefully watch birds coming into this. 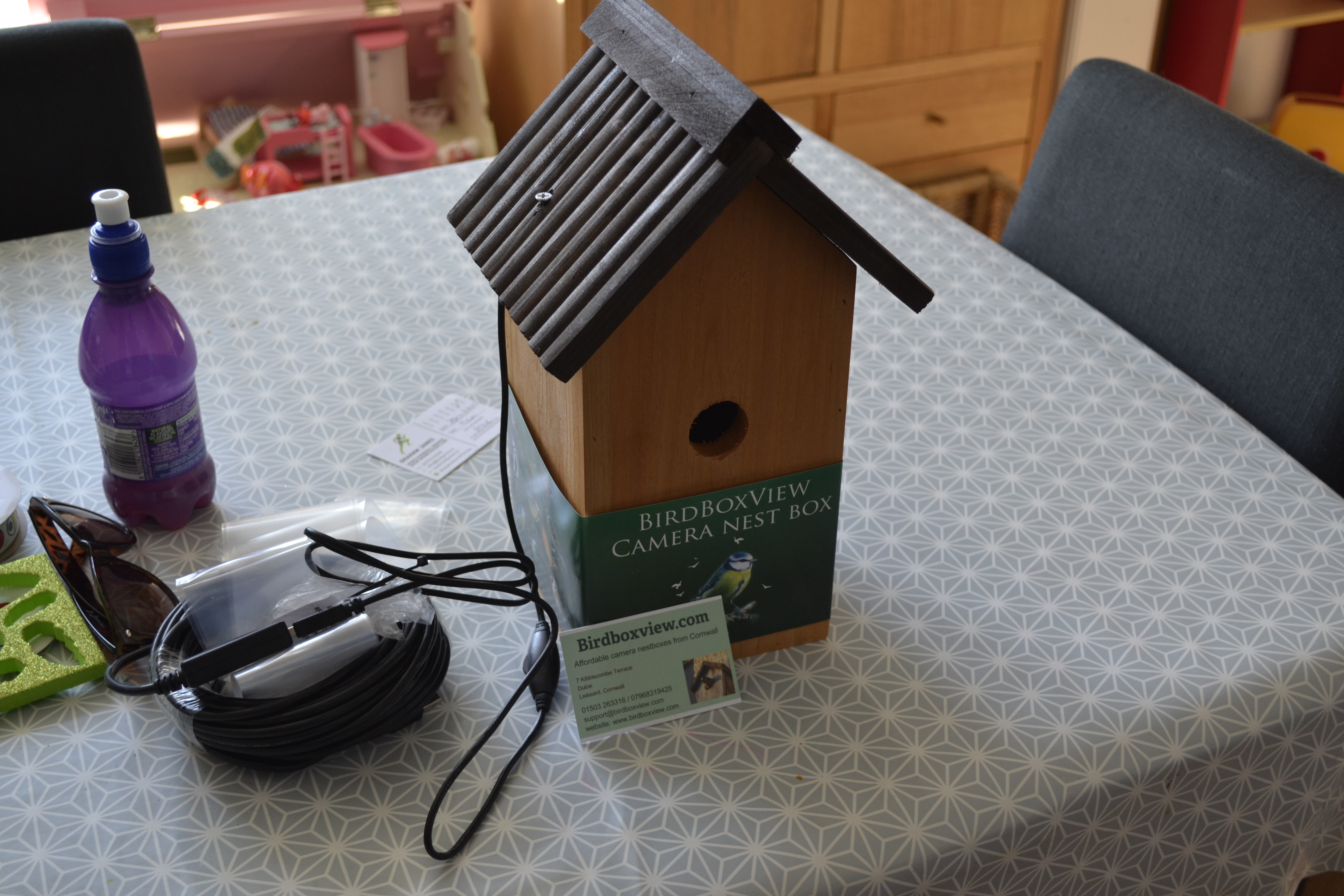 Hope you’ve enjoyed this weeks six. This last week has varied massively for gardening. We’ve had glorious sunshine reducing layers to t-shirts followed by a return to frosts and then heavy rain. Though I for one appreciated the rain. I’ve got lots freshly in the ground that will be needing a few decent downfalls. But I am now on holiday for two weeks so plenty of time to catch up on jobs. Check out the participants guide if you fancy taking part in this international online gathering of gardens and check the most recent six comments to see further gardening blogs.