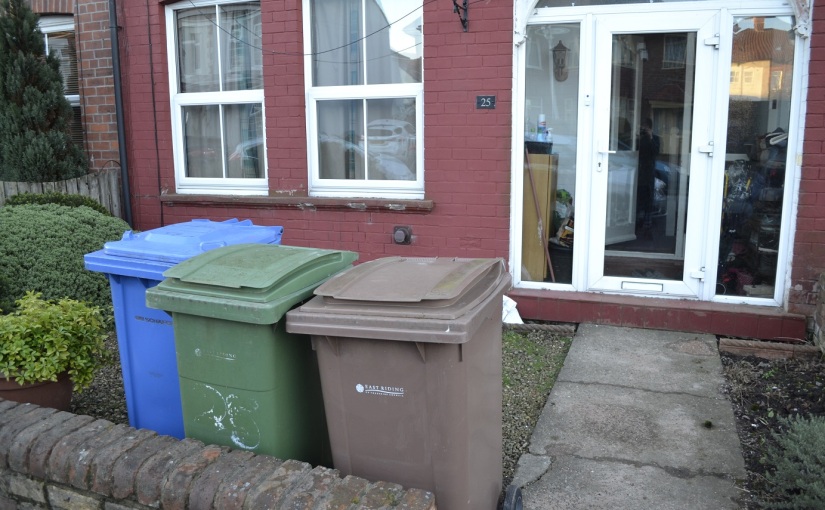 Recently I’ve mentioned the front garden, quite a lot, in my six on Saturday posts. However, I rarely feature it or show it off as there isn’t very much happening. It is set up to be low maintenance and requires very little attention. Drought tolerant plants and evergreens have been the order of the day. While it easy it lacks any razzle-dazzle. The current building work is going to change the front. The top half is being rerendered. Then the bottom half is having the windowsills redone and we will be painting the brick again.

The garden itself is North facing and shaded as a result for much of the day. A few doors down to the West there is a house with an overgrown Aucuba Japonica hedge that provides a bit of shelter from that direction and a bit more shade. The small border I believe is fairly shallow. I seem to remember there is a pipe going through both. 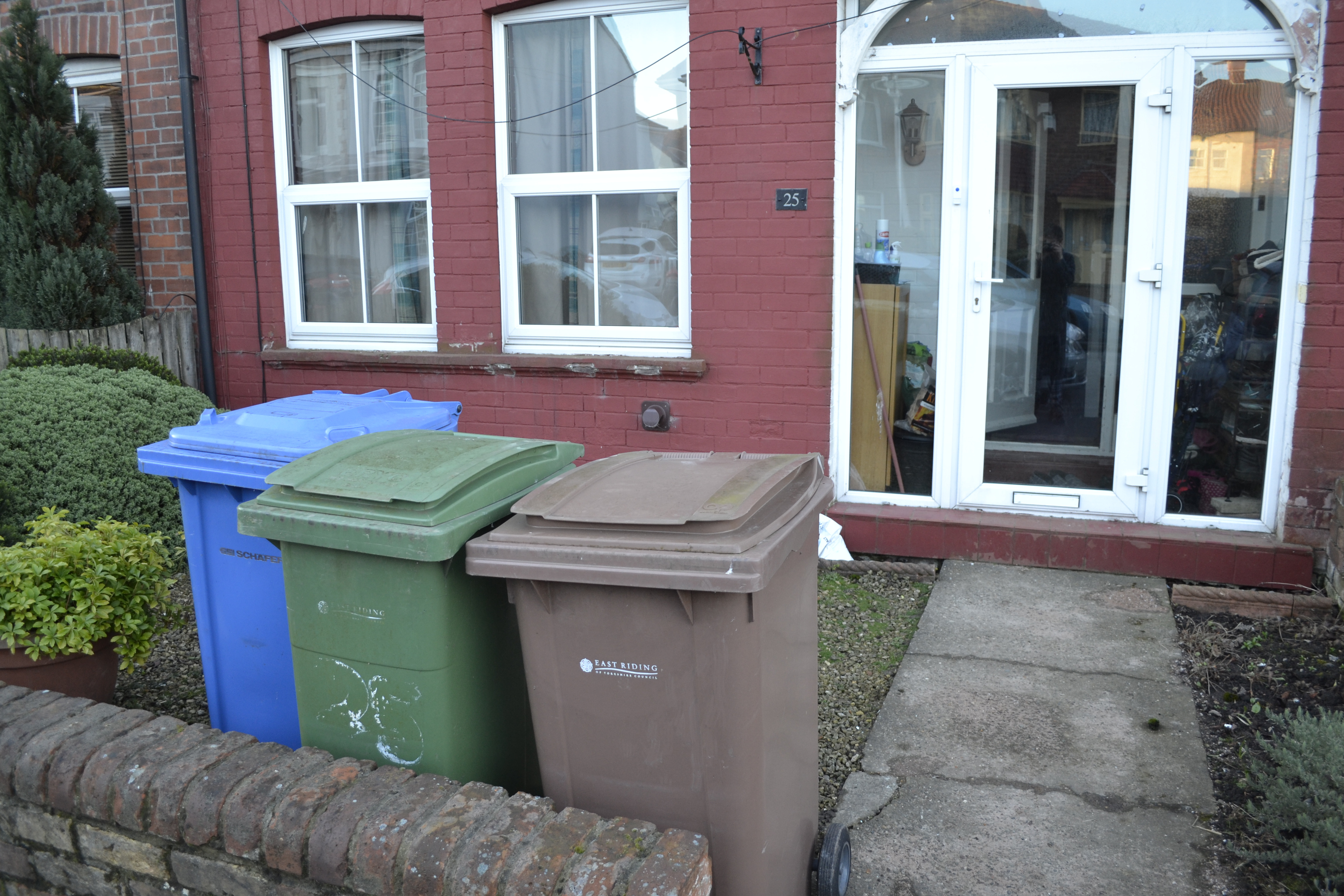 I’ve emptied part of the thin border ready for the scaffolding going up. There was a patch of lavender close to the house but this has got a bit scraggly so I removed it. Arum Italicum pops up along this border. I will probably dig it out. While I like the foliage it spreads quickly. The lavender at the other end I will probably relocate. It’s doing alright but it doesn’t really get enough sun to thrive. I quite fancy a few evergreen plants with shade-loving perennials or bulbs to add some excitement. Possibly some evergreen ferns and maybe a few hostas. Alternatively, the bin may end up where the lavender is. I’d like them tidied away behind a screen but can’t decide on the right spot to place them. I’d like the garden to look better but it still needs to be practical. 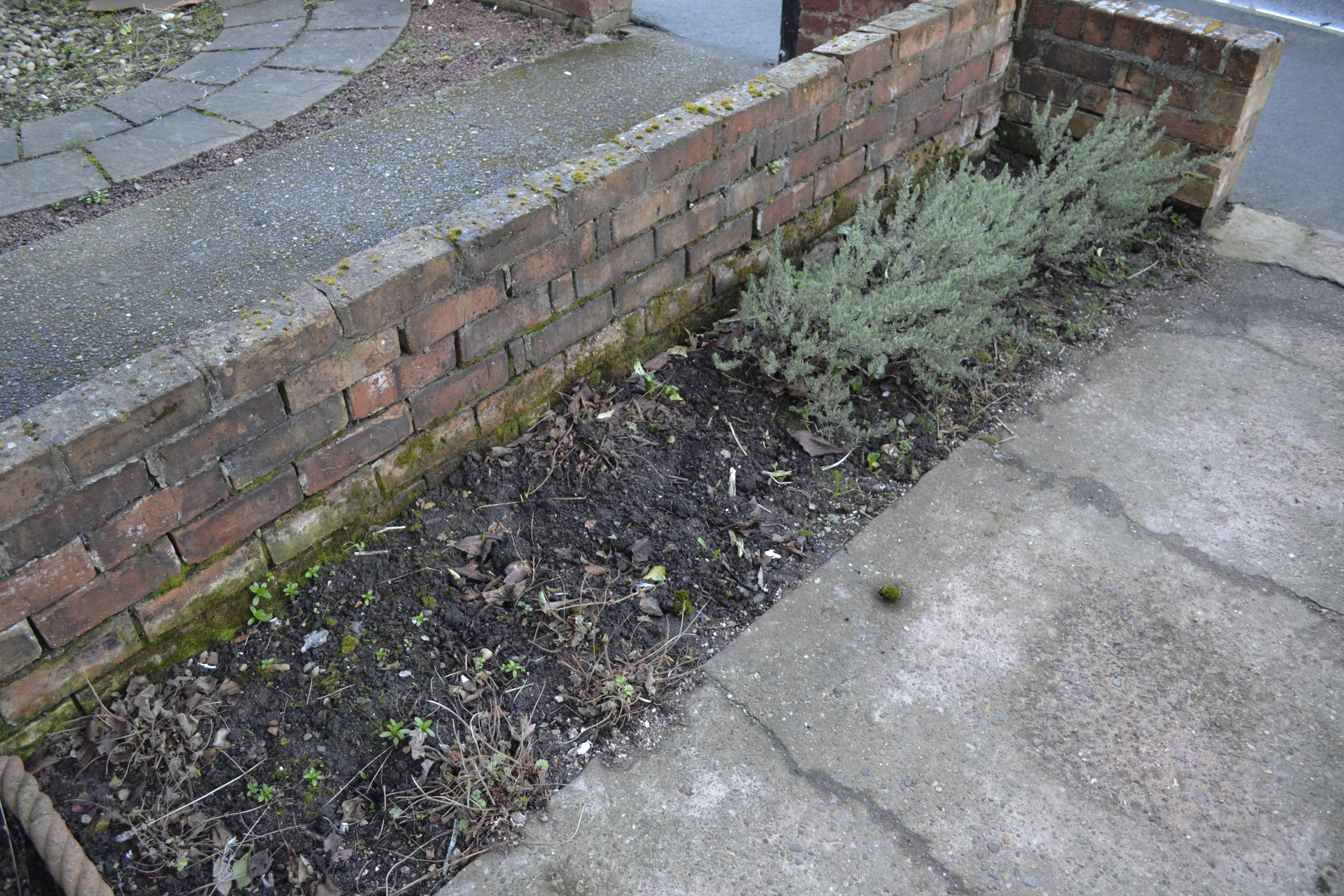 The opposite border is dominated by two hebes and next doors conifer. I imagine the conifer will go at some point as it is blocking their window now and the house side is starting to brown off. The hebes are evergreen and require little maintenance. I like how they give nice rolling domes of greenery all year. Lamprocapnus Spectabilis, bleeding heart, pokes out through the middle for a few weeks each year. However, the darker of the two hebes is dying off with more browned off patches. They don’t flower much anymore. So, I’m unsure whether to remove the one or both and whether to replace with like for like but smaller and healthier. Or whether to go with something different. The hebes suit the shaded conditions and sea winds but it will have the same issues that it will need replacing every 5-10 years potentially. The hebes don’t prune well so when they outgrow their space it causes an issue. I have the two Ilex Crenata Holly stokes that will also form neat domes but could be pruned back and shaped to form tight evergreen interest for the whole year. While they are getting established I could plant some filler plants in between. 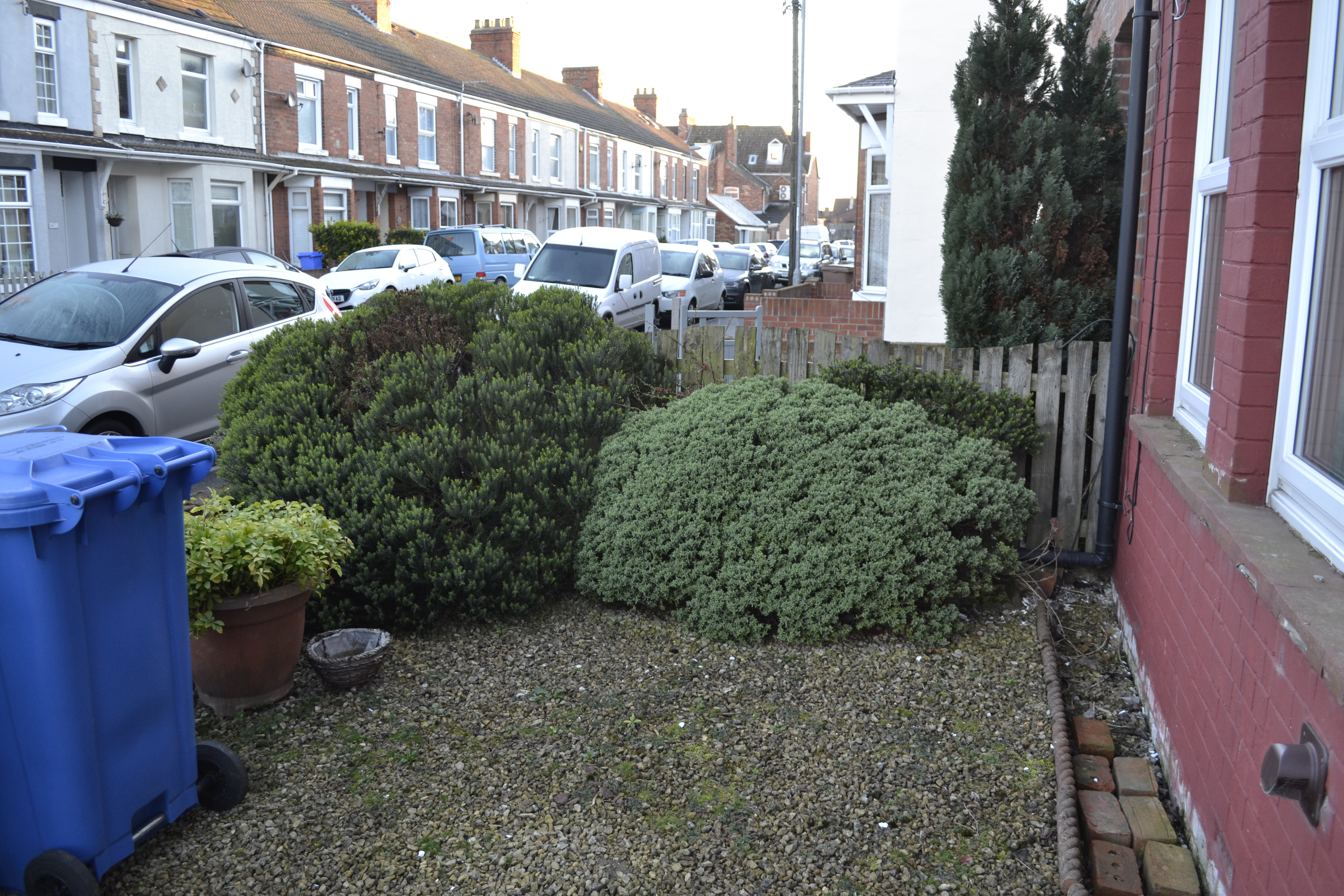 In front of the windows, I’ve got two window boxes. As the wall will have just been redone I don’t want to attach these to the walls so I plan to look for some stone bricks to sit them on. The windows open out at the bottom so I can’t put anything too tall that can’t tolerate being brushed by the window opening in Summer. The window boxes are 50cm long while the window is just over a metre. So they’ll sit under the windowsill centrally. I’m thinking some ophiopogon and small ferns, mini hostas for these. I reckon they’ll only fit 3 or 4 small plants with maybe some bulbs coming through in Spring. Maybe something spilling over the edge but unsure of what yet. 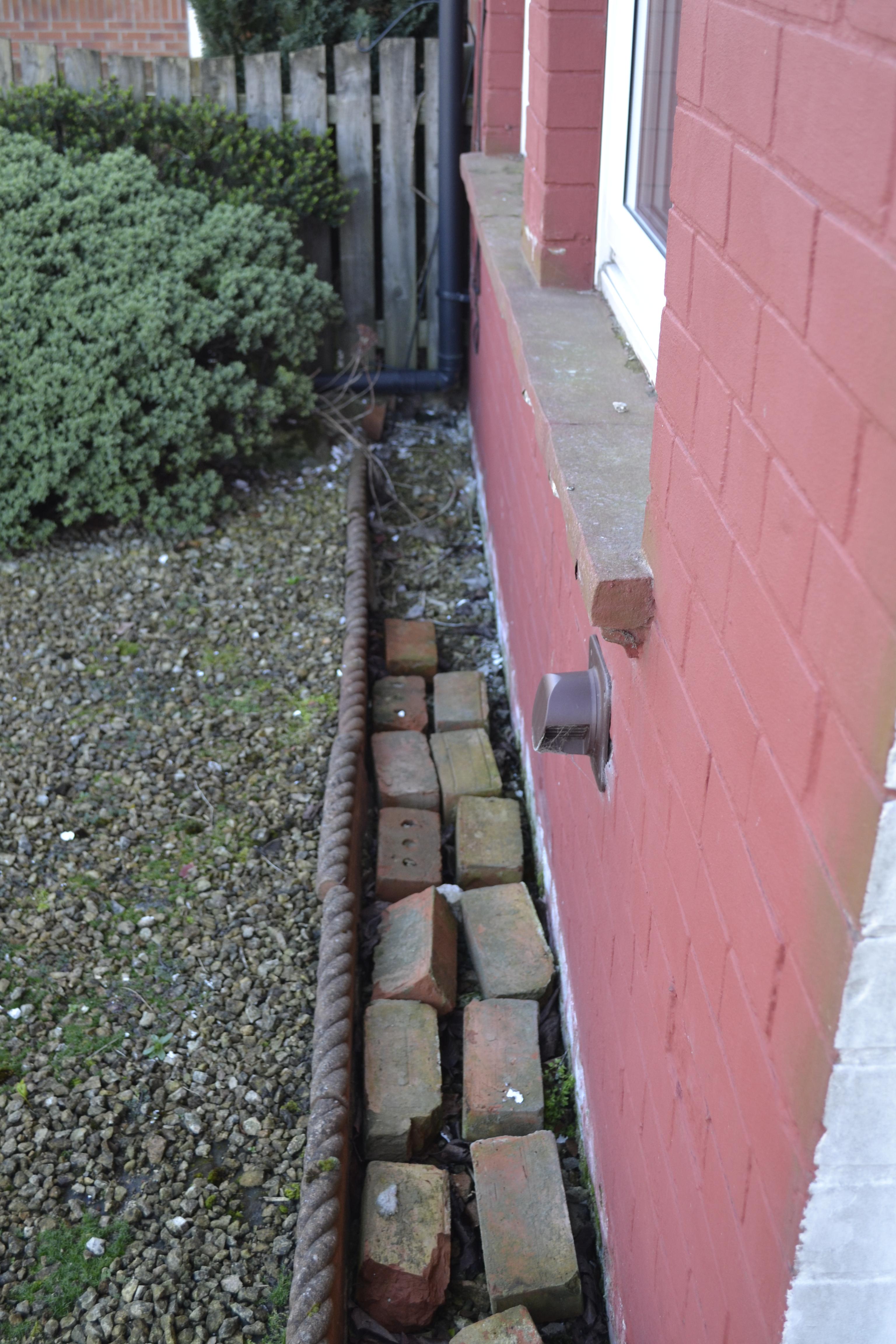 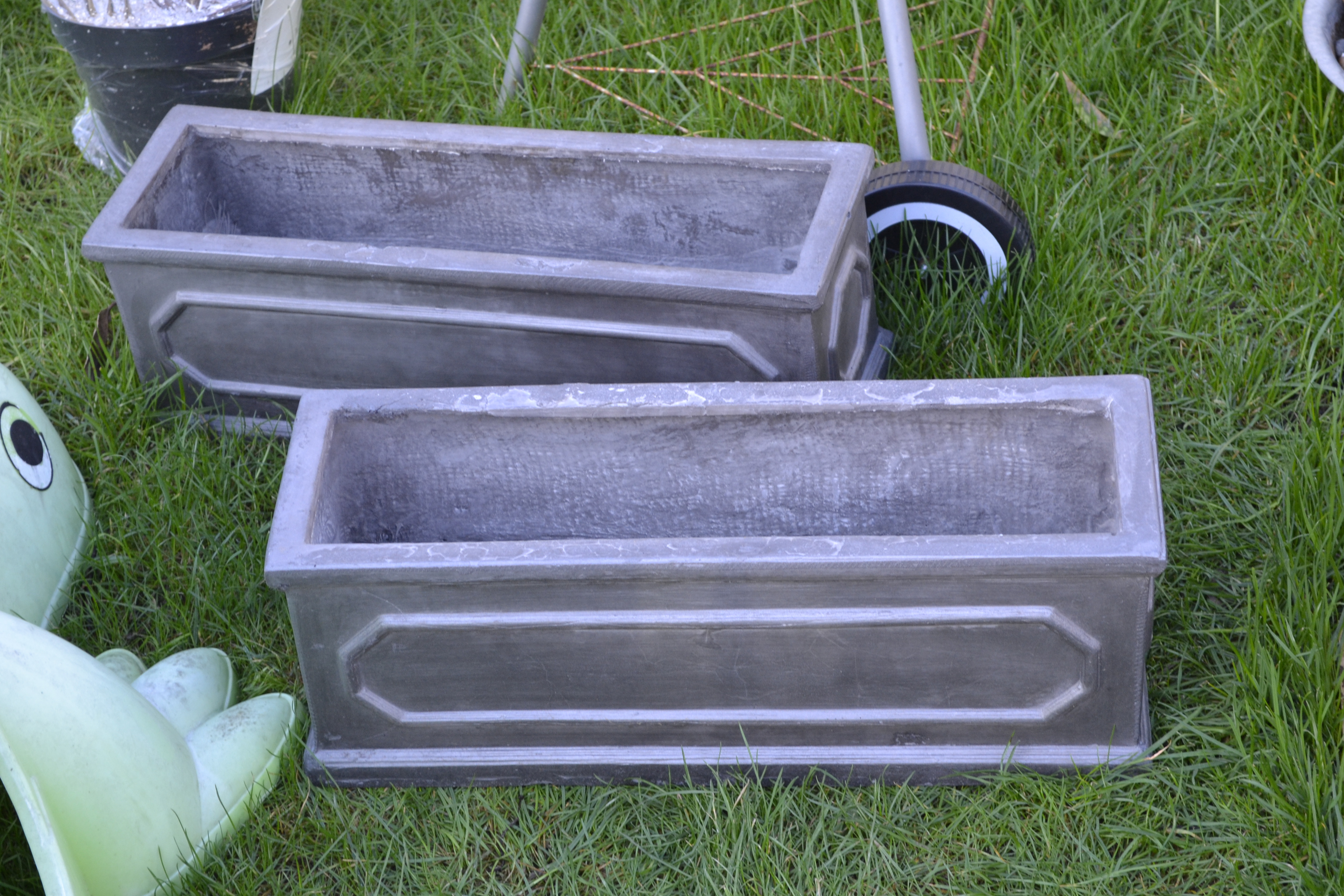 As I’m in doubt of what to plant in the boxes I’m seeking the advice of an expert, the good Dr Hessayon. As ever it’s full of lots of solid food for thought. Then how to window box gives lots of design ideas for different styles.

The stones are full of weeds so this will need to come up. Then I’ll either be replacing the weed matting and stones or turning it into a large planting area. One of the hydrangea limelights is probably going to be in the middle. As it’s a small area I want plants with long seasons of interest and there are few flowering shrubs as good as the hydrangea for this. Even after the flowers go over they can still look attractive. It should also suit the shaded conditions well. The ground ends up covered in weeds and moss. I don’t know whether to try and turn this over to a moss garden Japanese style. Moss is of massive benefit to the environment acting as a big carbon sponge making this an attractive option. Any advice anyone? 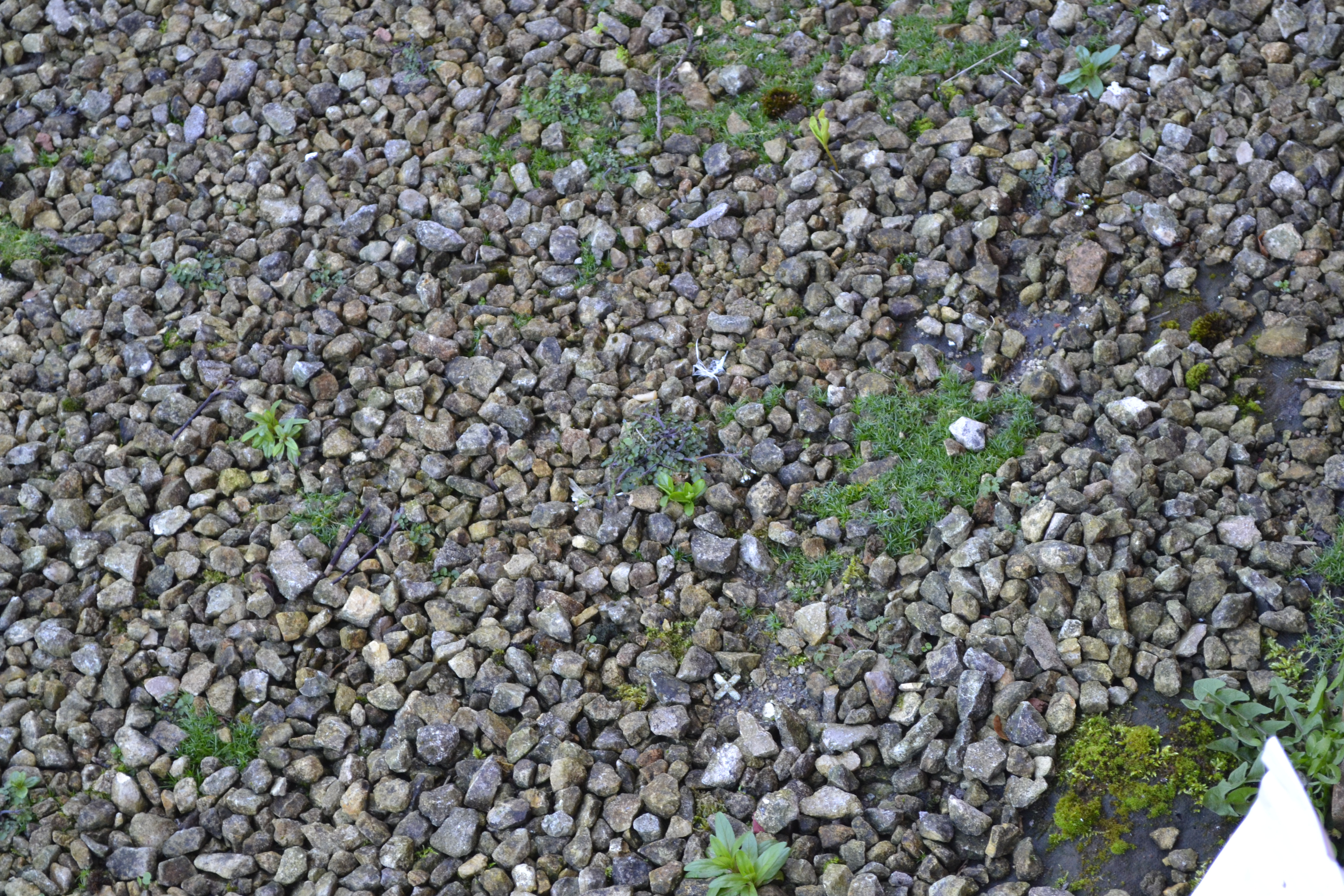 I’ve probably got a month or two to make decisions so I can carry on with my daydreaming and rearranging in my head.

So the big decisions are:

Anyone care to offer their thoughts?

11 thoughts on “The Front Garden”