Following on from last weeks destruction of the conifers I still have some more plants in need or pruning and removing.

This dogwood has been in need of a trim for a while. It had grown to the height of the fence and across the border and through next doors fence. I’ve been leaving off pruning it until Winter was over. The bright red stems add some Winter colour even without the leaves on. With dogwoods, there are several pruning options. You can thin it out each year and take a bit off the top or you can go for a more drastic cut down to just above ground level. I’ve been thinning this out the last few years but it has still got a bit too large. Also, the stems lose their vibrant red so a cut to ground level will let the plant replace the tired stems. 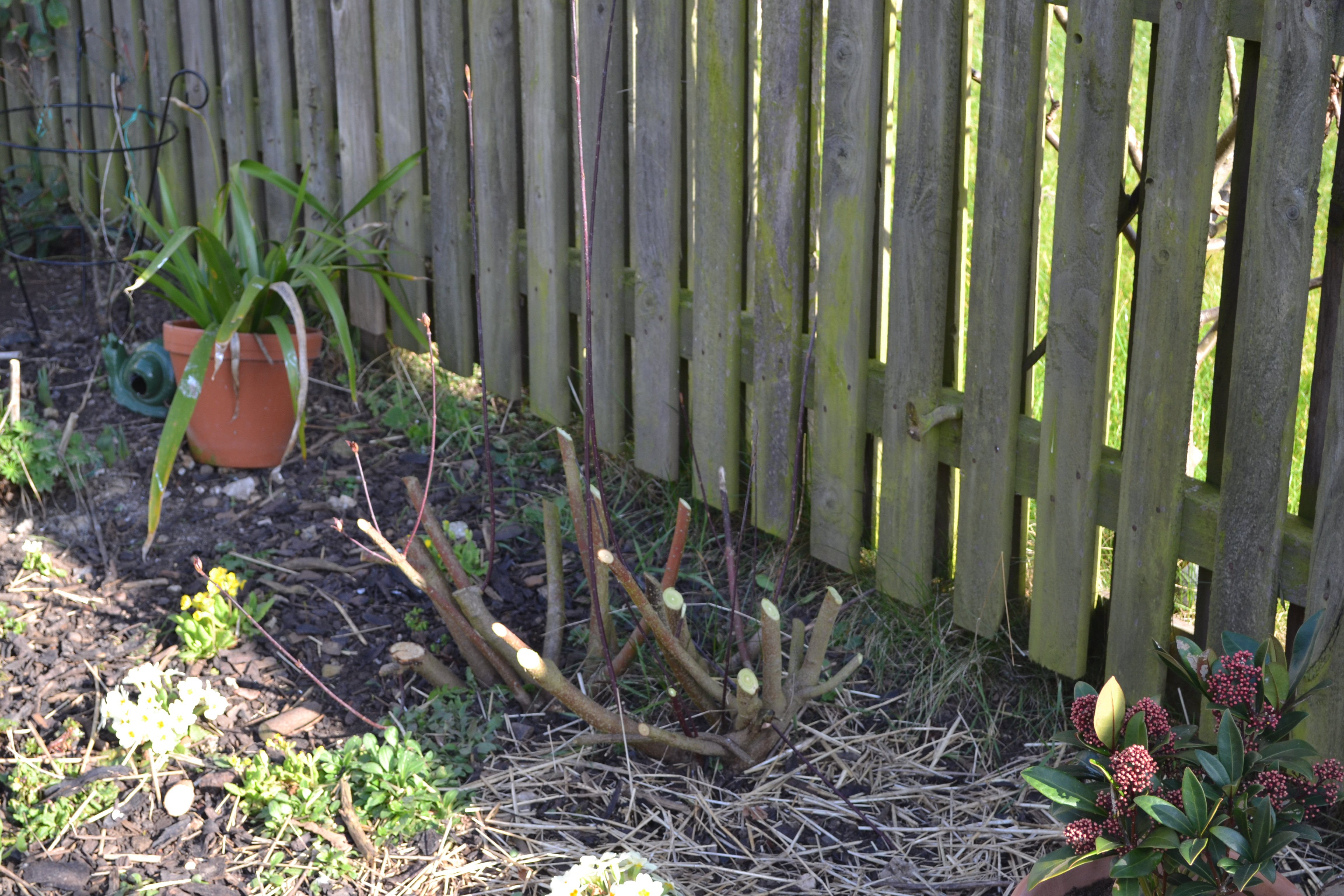 I’ve then spent the time cutting it small to get it in the brown bin. As I’m not currently driving I’m trying to do my pruning over a few weeks so it can go away in the brown bin or compost bin where appropriate to avoid tip runs. I’ve put a few of the thicker stems to the side for the woodpile to attract in the wildlife. 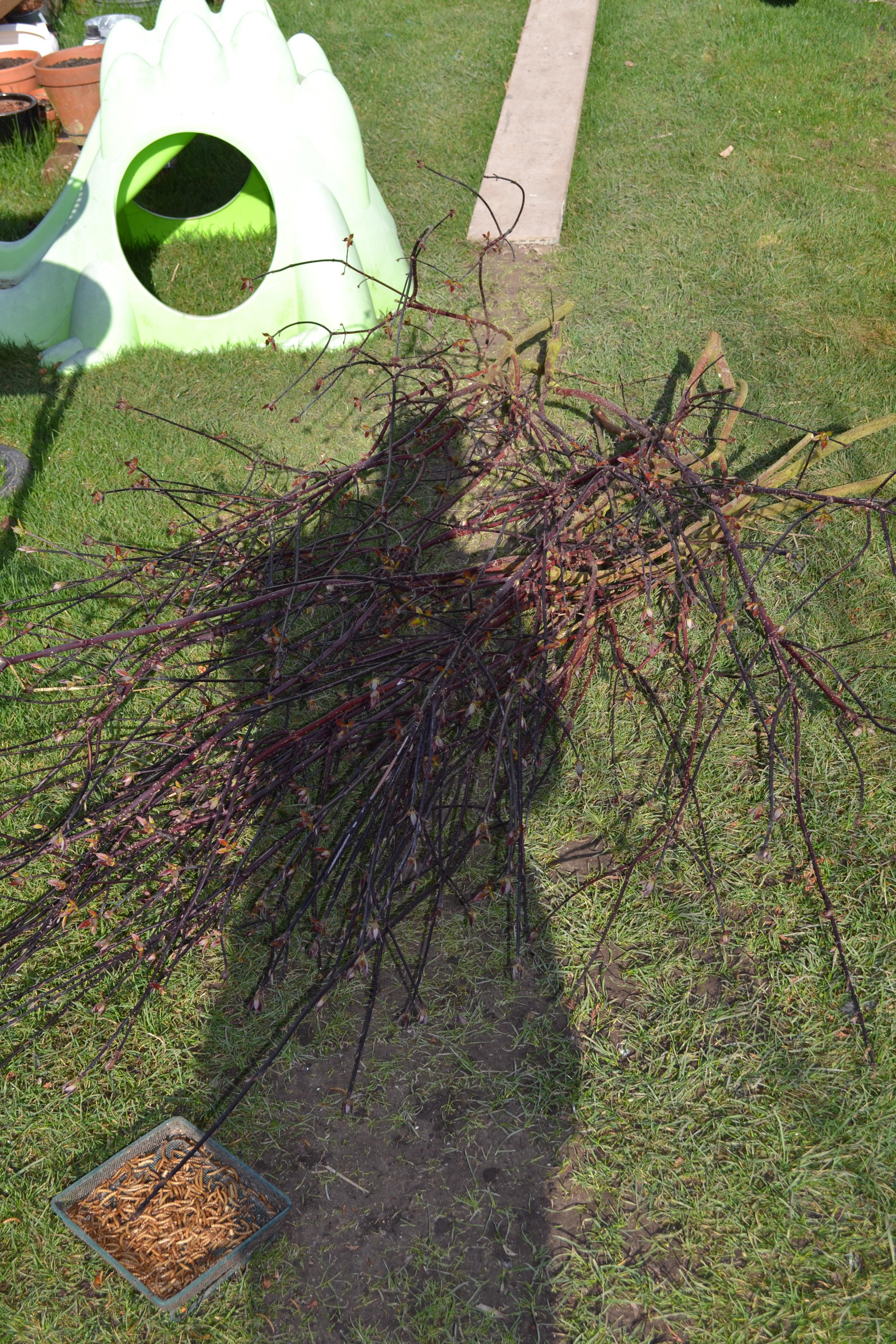 Then put a few stems in pots to see if they’ll root for a few extra dogwoods. 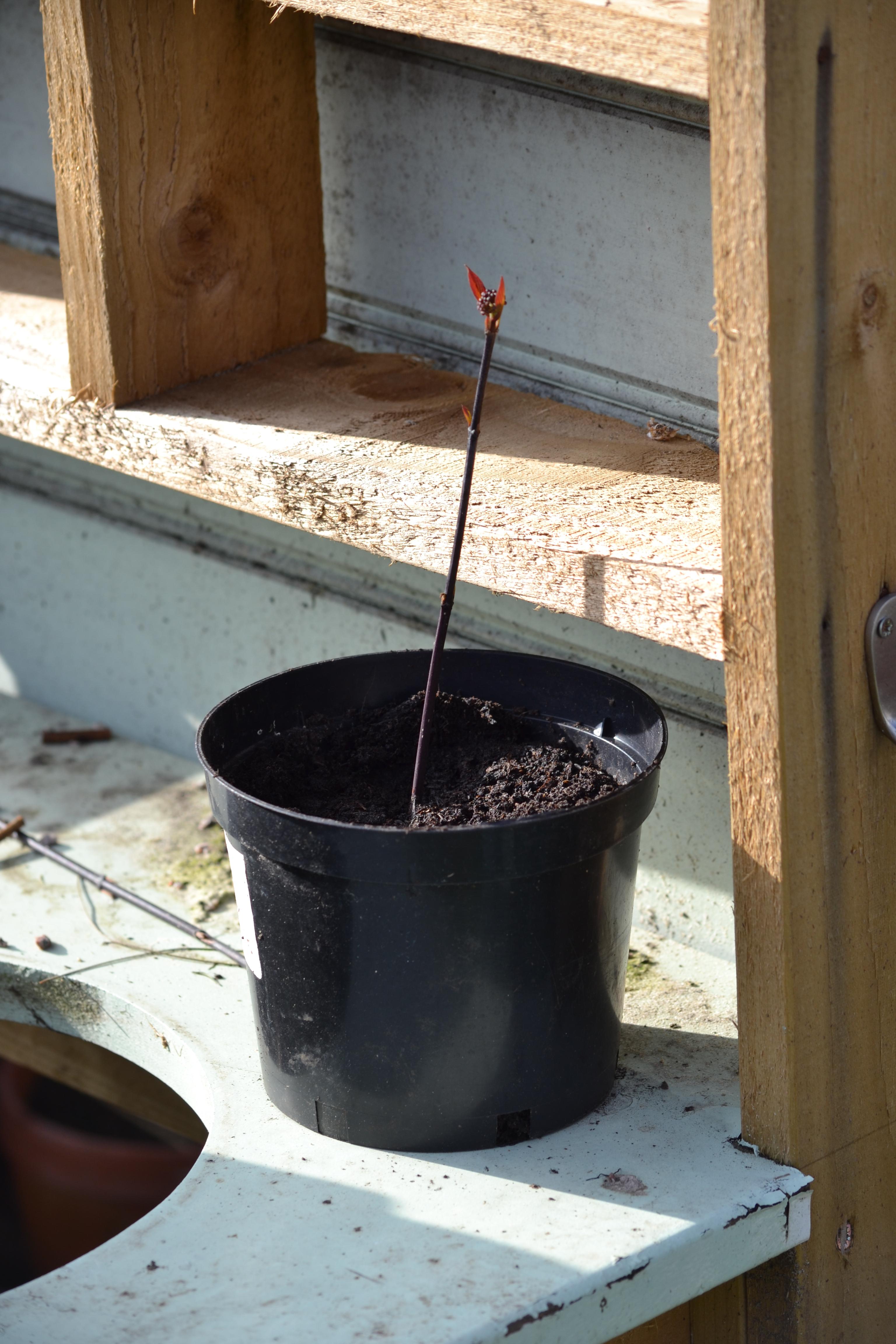 The euonymus hedge at the bottom of the garden isn’t the most exciting plant but it provides a solid wall of green all year round to block the view of the compost bins. Again, like the dogwood, it was in need of a trim as it was looking a bit unstable on top. I’ve trimmed and thinned it out a bit. 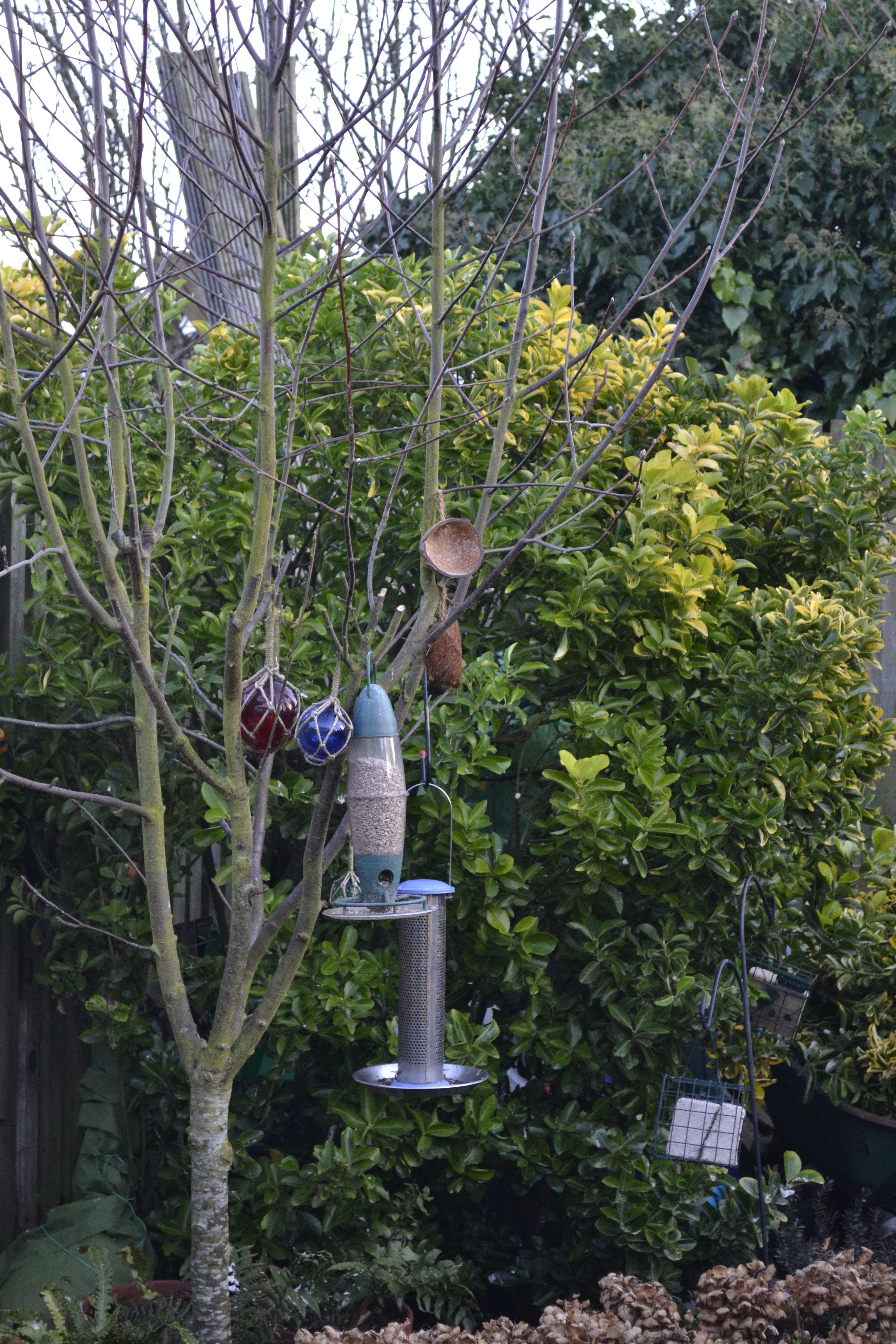 I really like lupins but they seem to be the favourite food of the slugs and snails in my garden. But the combination of lupins backed by foxgloves and hollyhocks is too good not to try again. I planted a few in my first year in the garden but only one survived. The existing one is coming back up. This had deep blue flowers. The local florist was selling lupins cheap so I’ve bought a red and a white lupin to join this area. I’ll need to top the beer traps up in preparation. 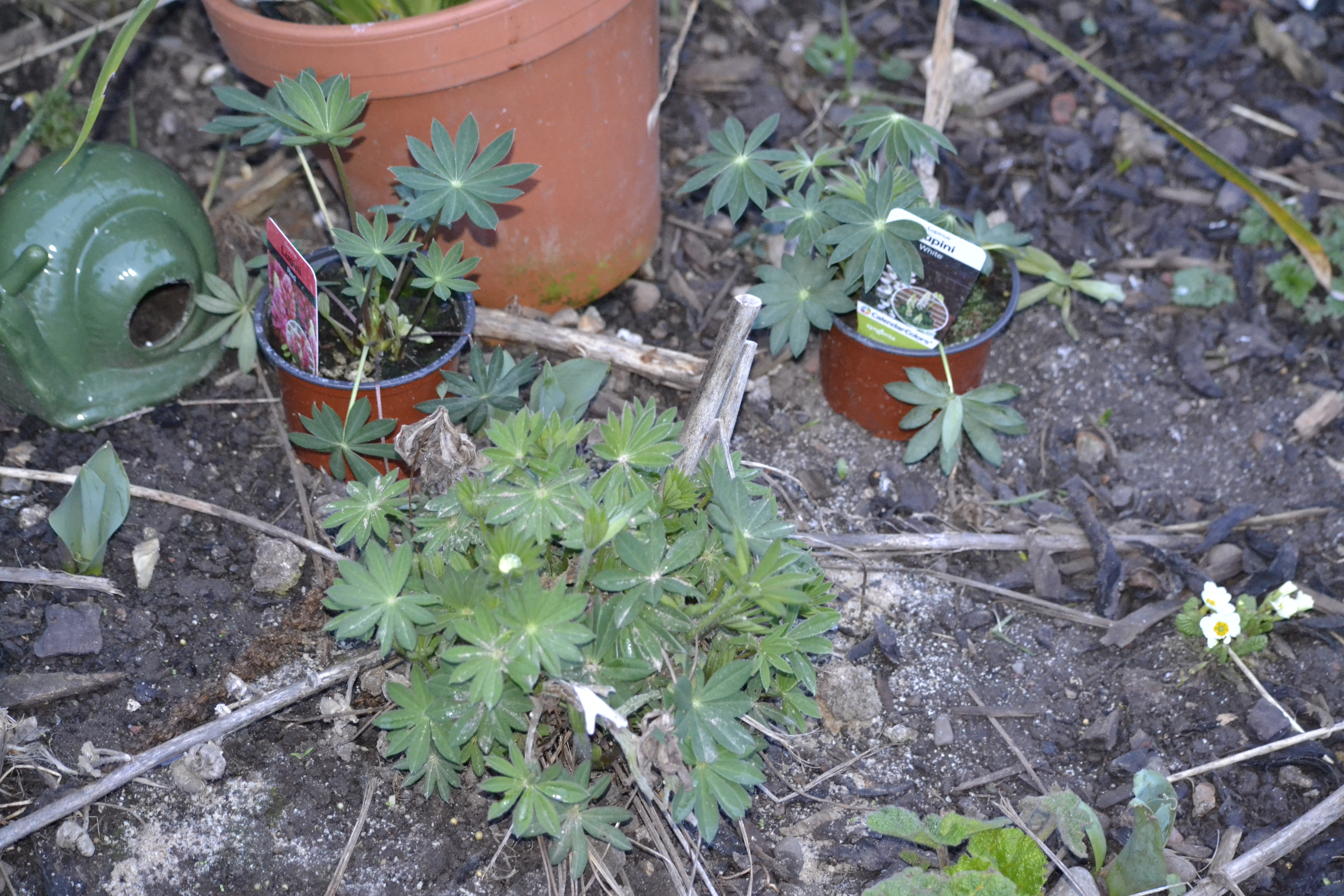 There is lots of new growth pushing up in the borders. The sedums and aquilegias leaves are showing in their little clusters of rosettes. Then forget me nots fill any spare ground. 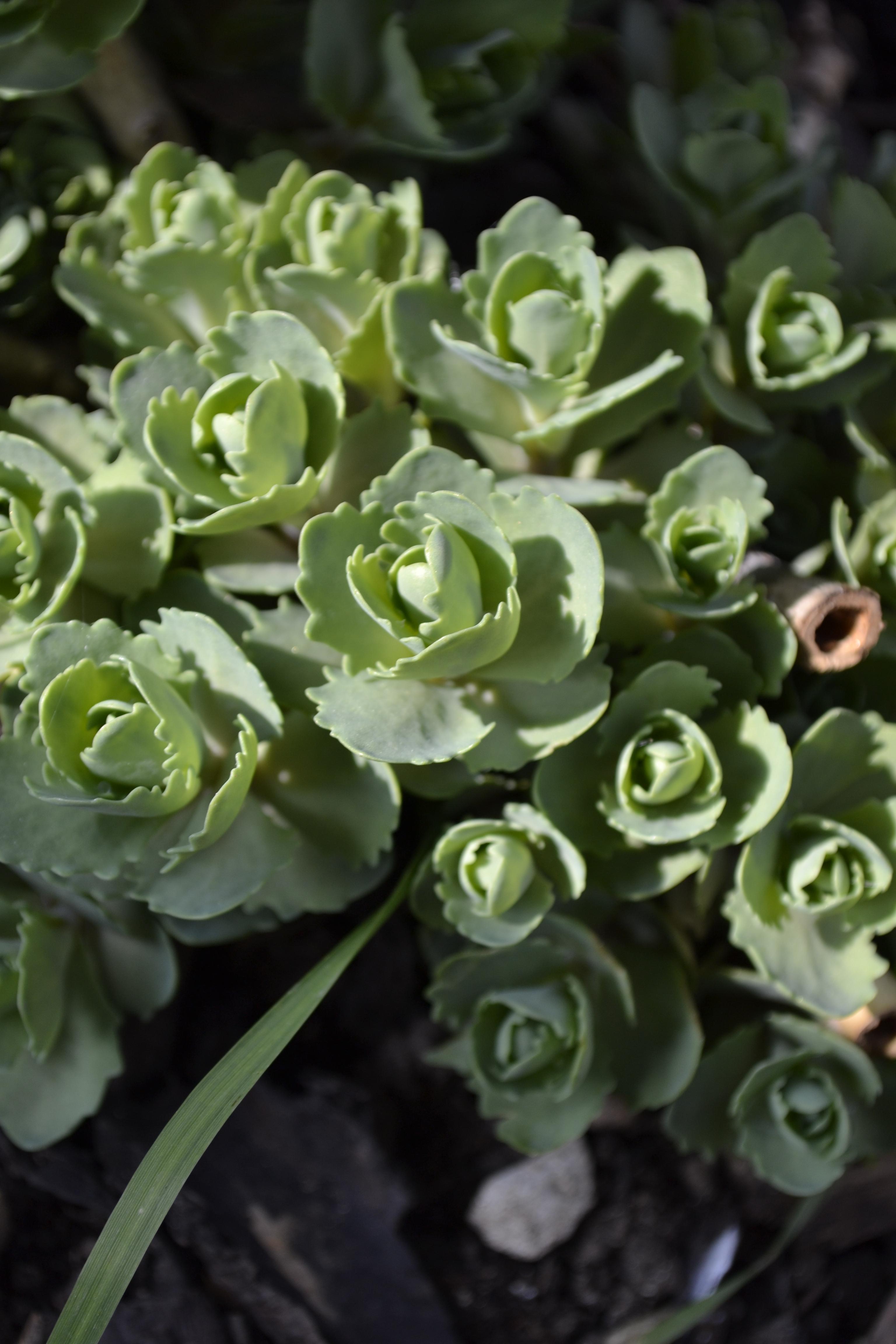 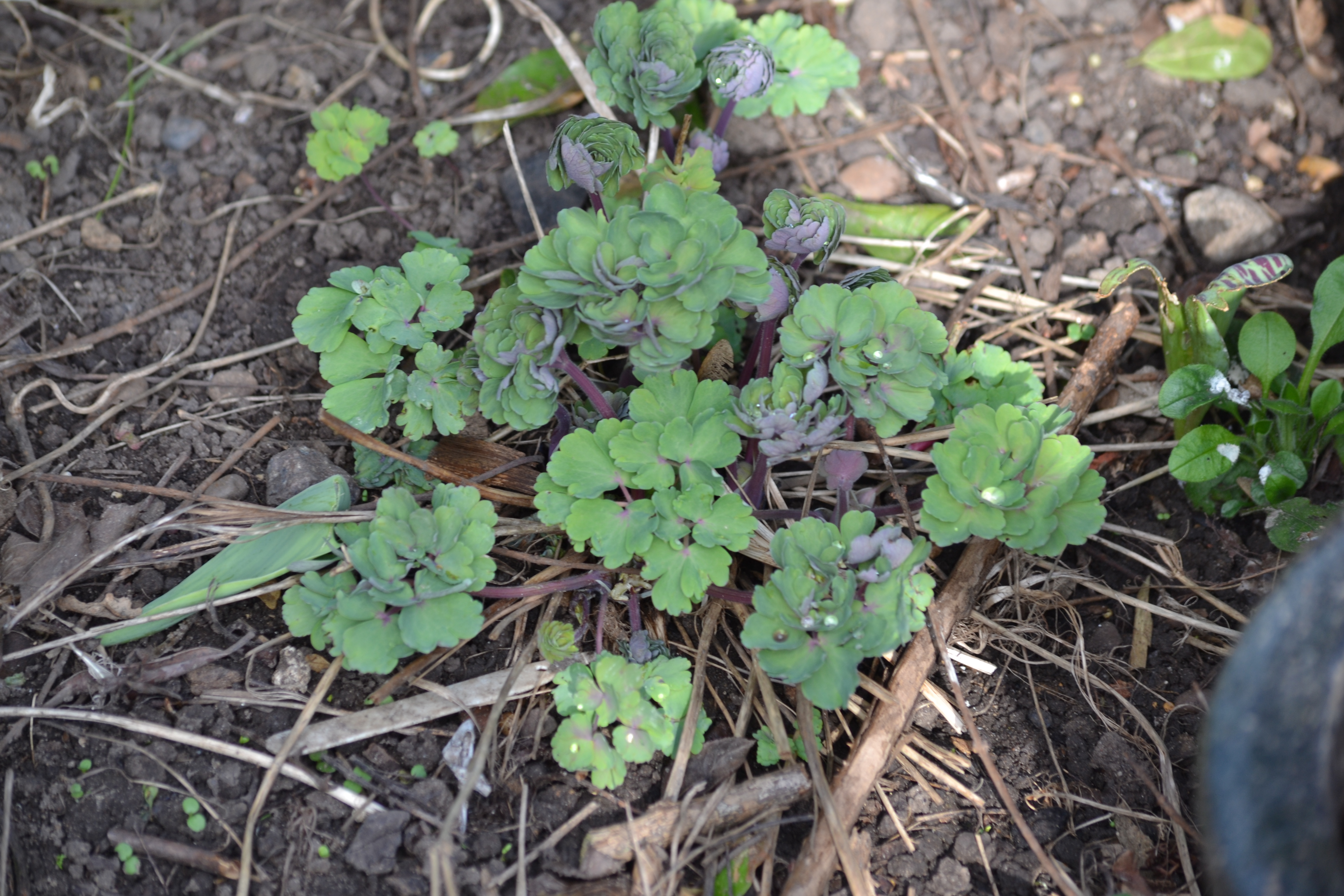 The next plant for the chop is the dwarf apple tree. It has been given a couple of years to prove its worth in the garden and it still hasn’t. It grows untidy and is too dwarf. I have got enough apples to make chutney in the first year but it isn’t enough to justify the space it is taking up. In a small garden I don’t want to live with plants I don’t like. To replace it I have a Sambucus nigra. This may not look great at the moment but it will hopefully grow up with rich dark leaves. Creamy pink buds change to red berries in Autumn that the birds can eat. I’ve seen them thriving in gardens locally so I’m confident it can tolerate the salty sea winds here on the East Coast. 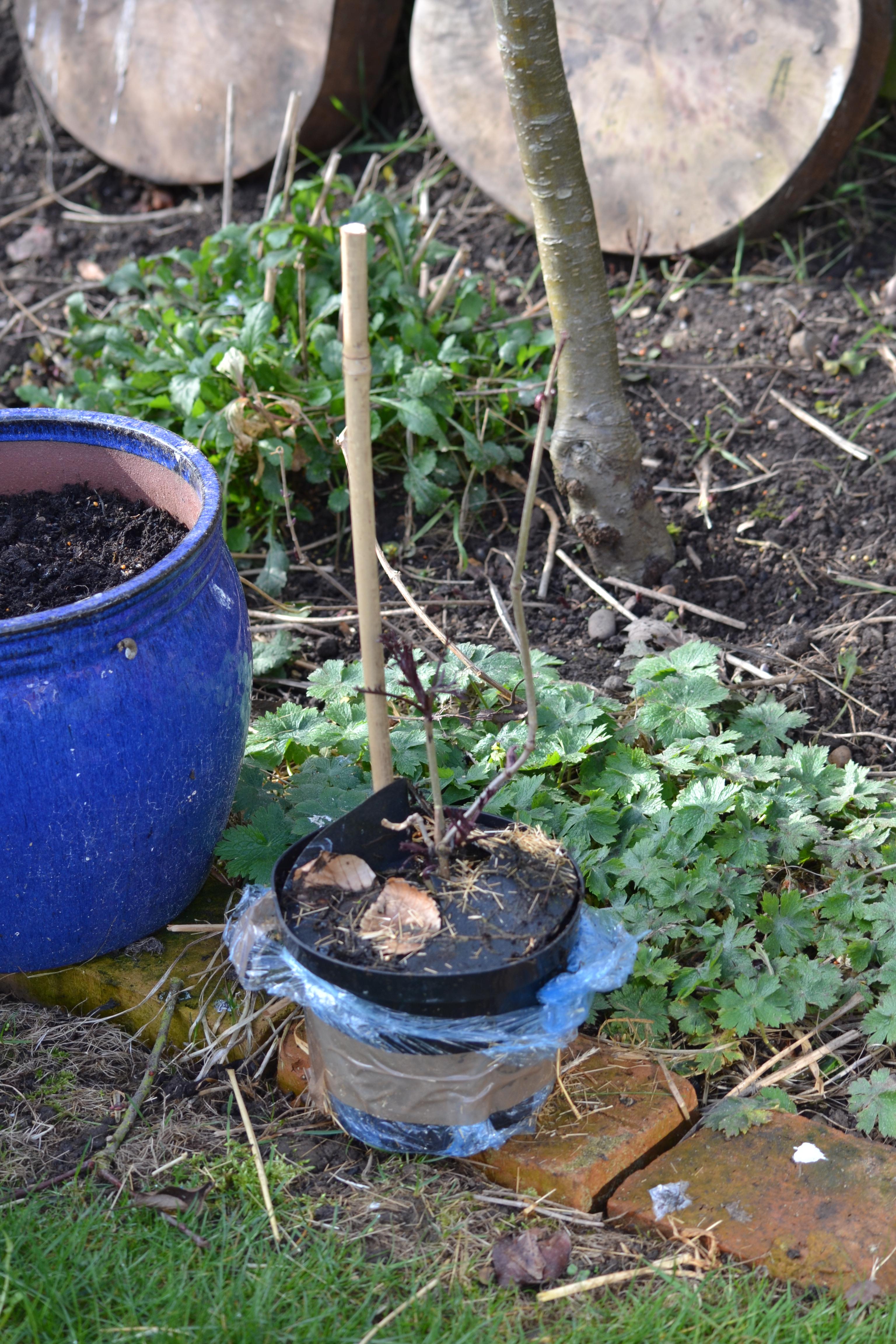 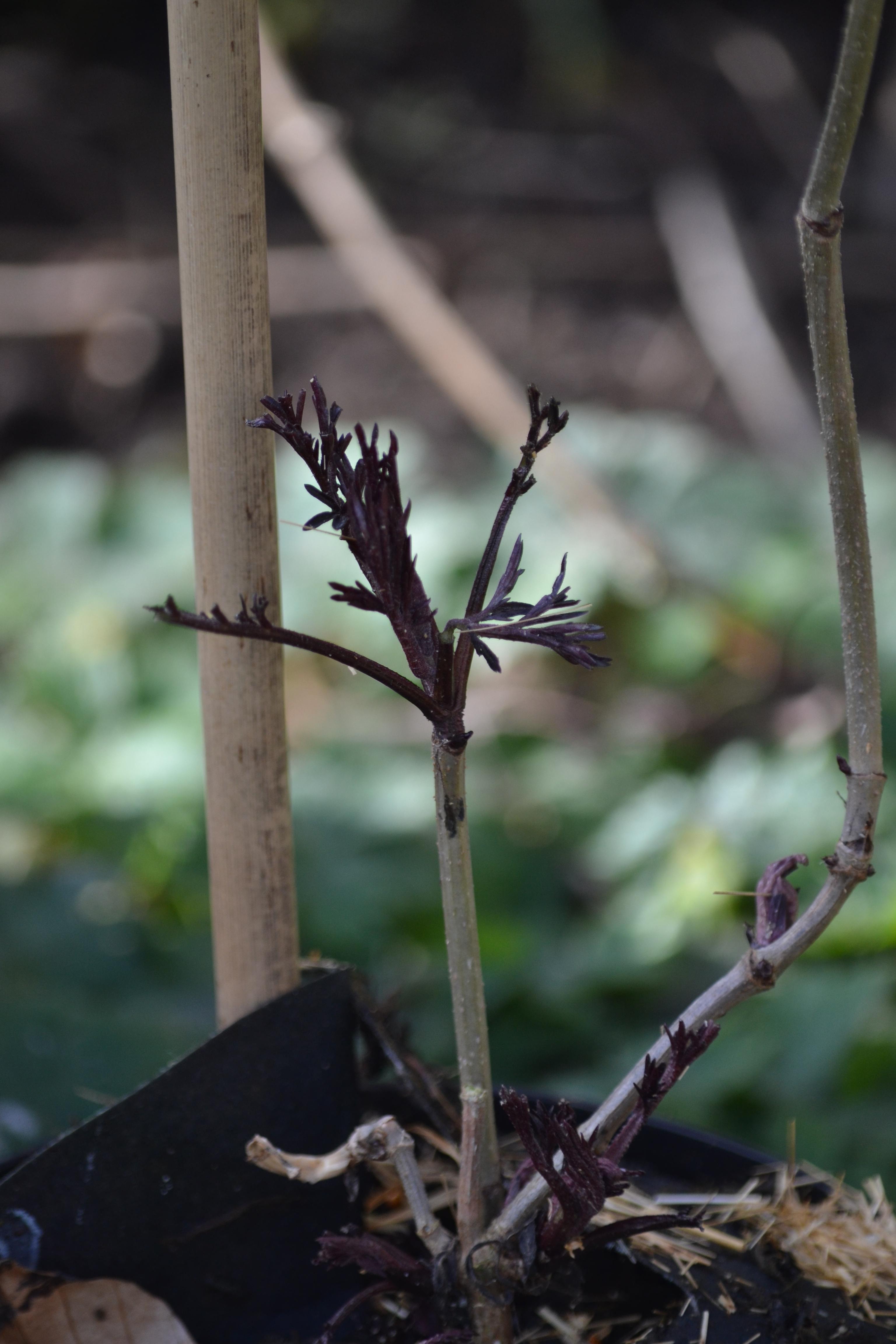 My crocus have been later than many of the surrounding gardens. We’d seen spectacular varieties at the in-laws. Mine have mainly come up purple. A few whites came up but seem to have been trampled over. I’m tempted to add some drifts into the lawn next year when the building work is complete. Entice in more of the early bees. 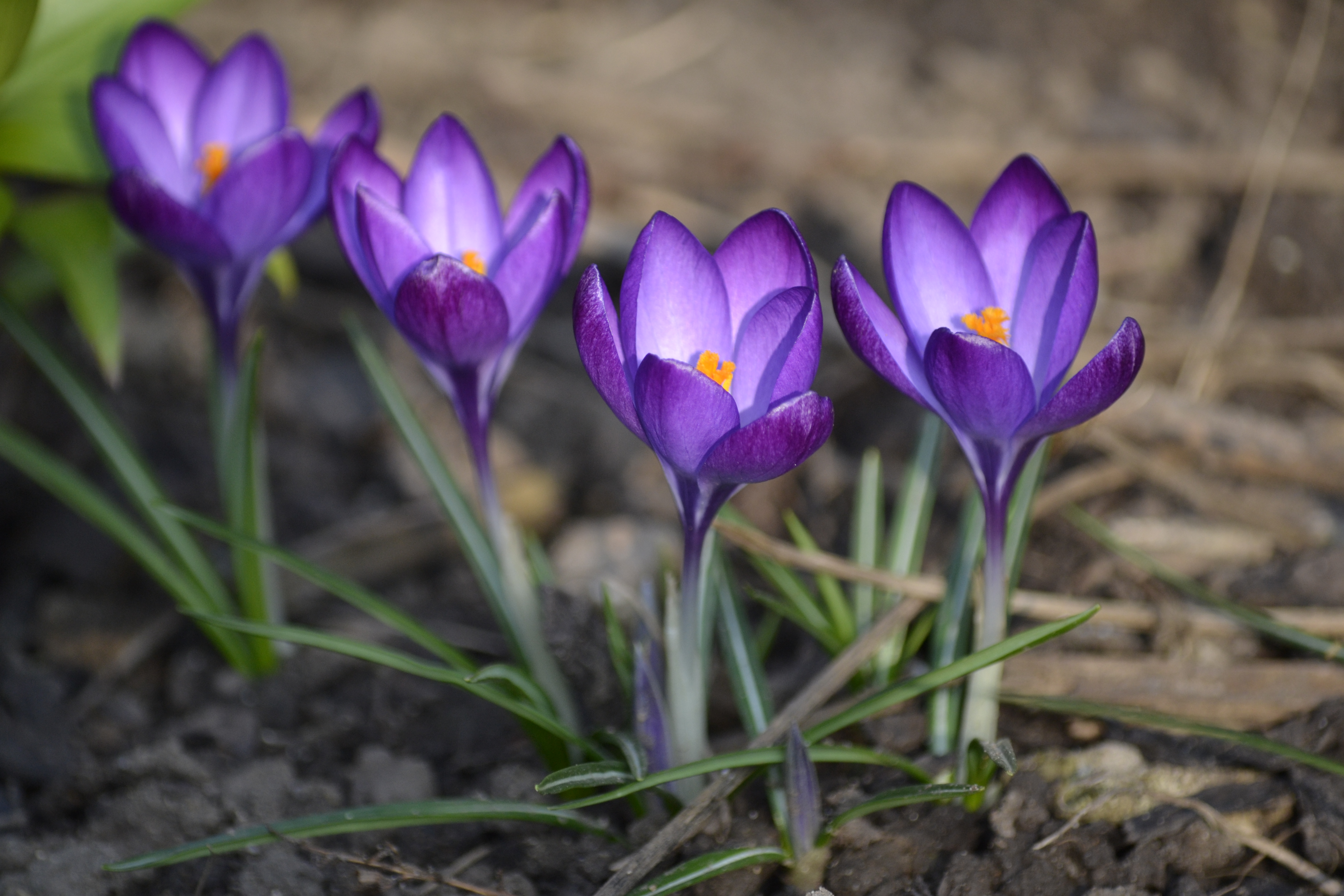 So a lot of change going on and more to go as a few more shrubs need removing with the building work. But hopefully, I will have the lawn cleared of debris and can get the patio set again soon. If you’d like to take part in six on Saturday read the guide.