The days are getting longer now. I’ve travelled home during daylight a few days this week. The first day back at work with the children has been nice, though we now have building work in the classroom and at home. No escaping. Good to be the weekend now and have some time to check over the garden.

I’m not a massive fan of primulas. I mainly see them in Council bedding schemes with a lurid range of colours. But I’ve kept a few yellow and white varieties close to the wilder varieties. I considered removing them last year, but blog readers encouraged me to divide them and leave them in. I still can’t say they excite me, but it is a few flowers at a point where little is happening. 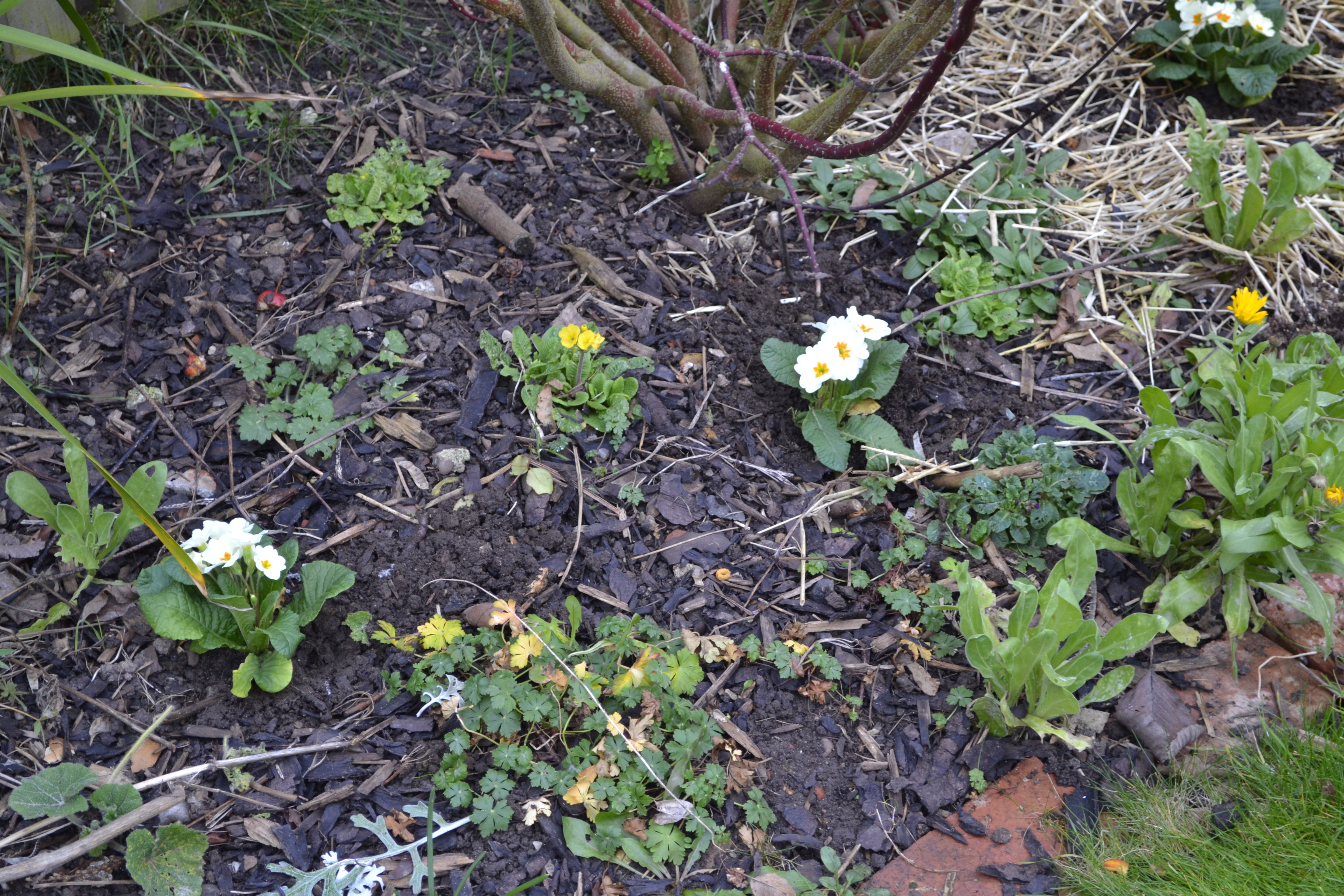 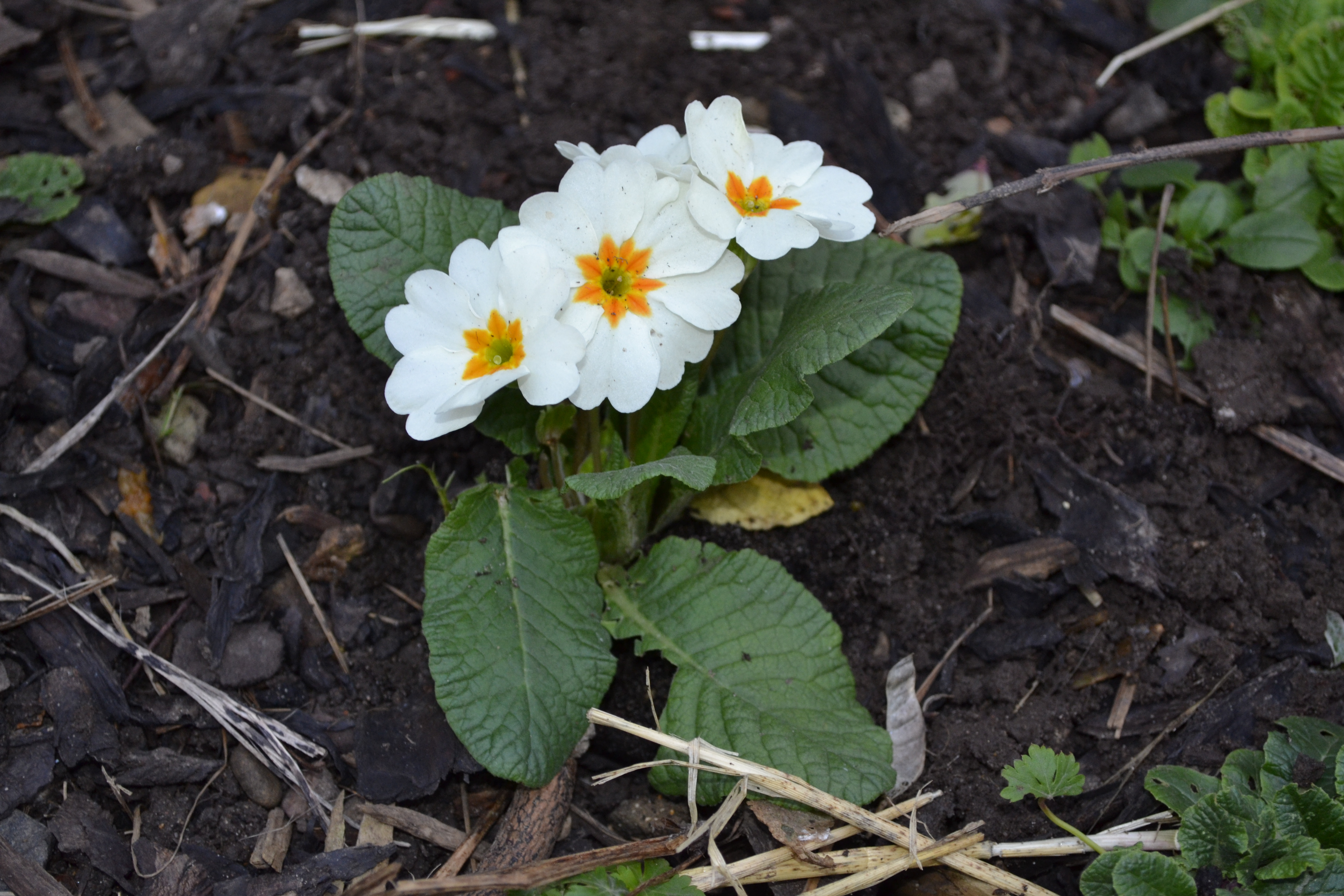 With the building work going on I’d moved a few pots off the patio and onto the border. I’ve a suspicion that I may have crushed some of my existing croci. So I’ve added a few cheap ones from the local florist. 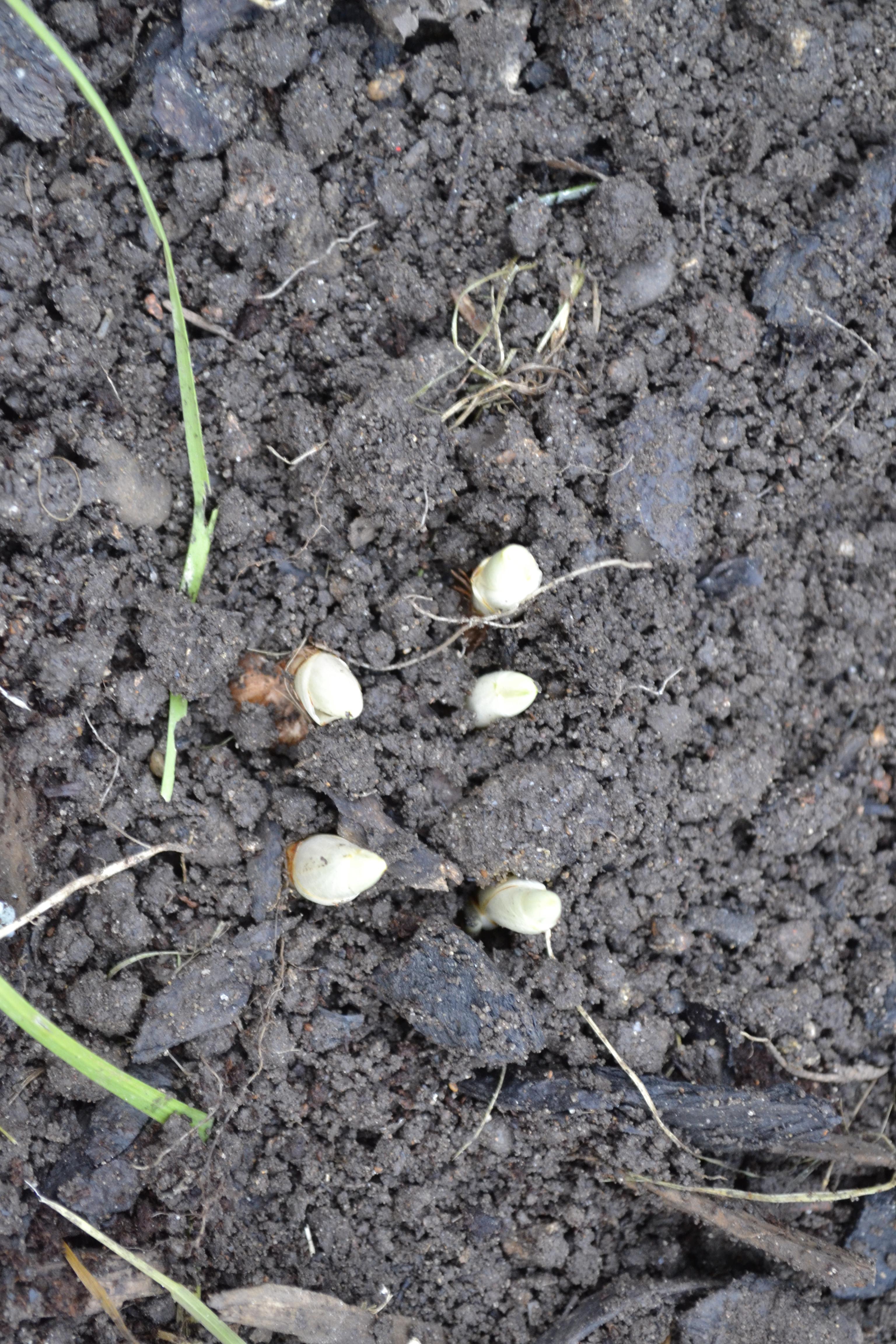 Another purchase from the florist, I found this fern discounted as it has browned a bit. But once new fronds come along it will be fine. I currently have one patch of ferns under the Acre. I want to add some in the opposite border along with a few hostas. This will add some cohesion to the borders. Then with the planned ferns and hostas on the patio, this will hopefully tie the two layers together a bit. I won’t plant this yet though. I’ll let the weather warm up a bit first. Golden shield fern has the traditional look of ferns fronds and grows about a metre long. An attractive foliage plant that should look good combined with the hostas wider leaves. 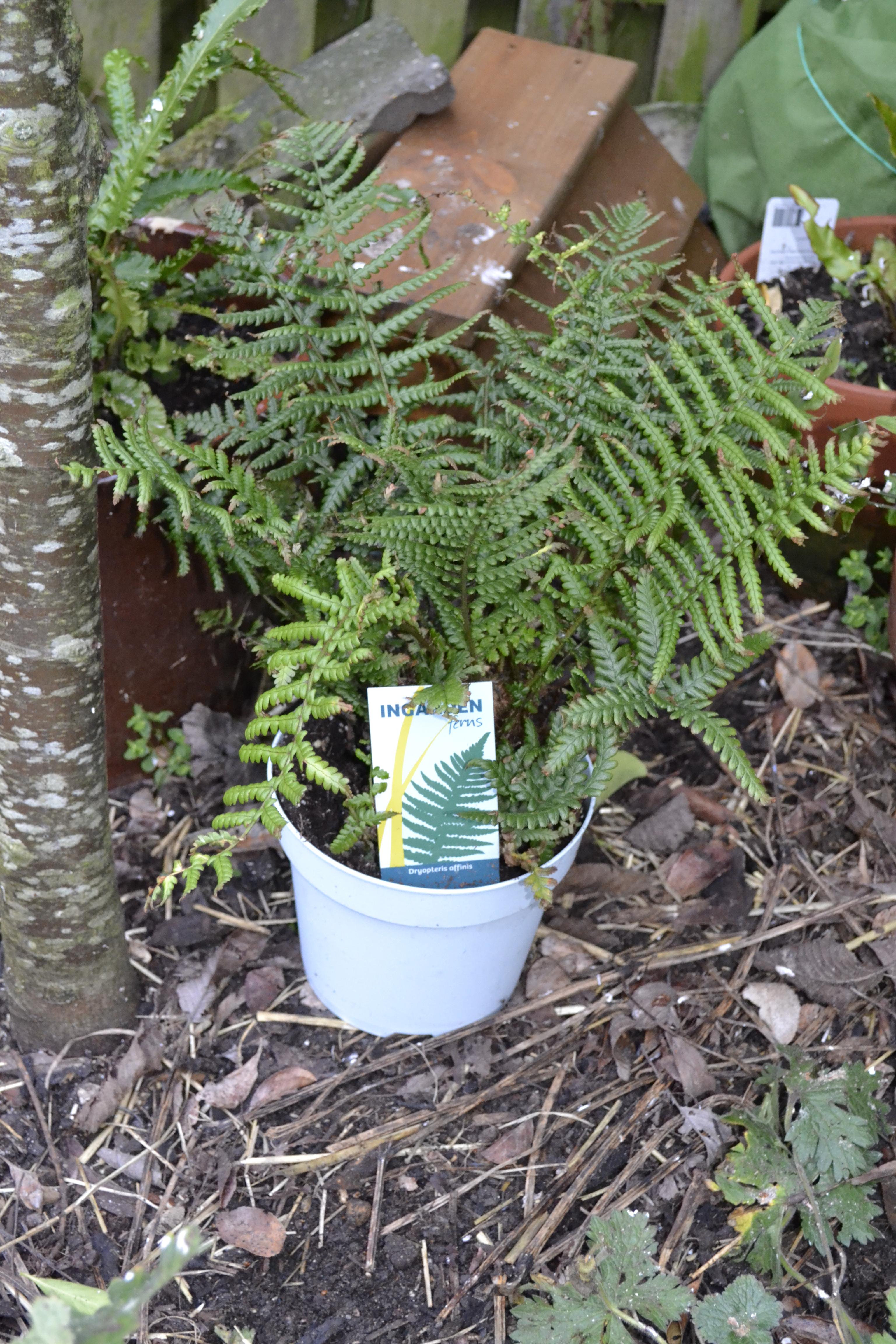 The established camellia is awash with buds. This is a white-flowered variety. It suffered from frost last year and many of the flowers had rather unsightly brown edges. It probably needs protecting with fleece, but I don’t really want large plants that aren’t hardy enough. We’ll see how it goes this year and decide it if gets the chop. 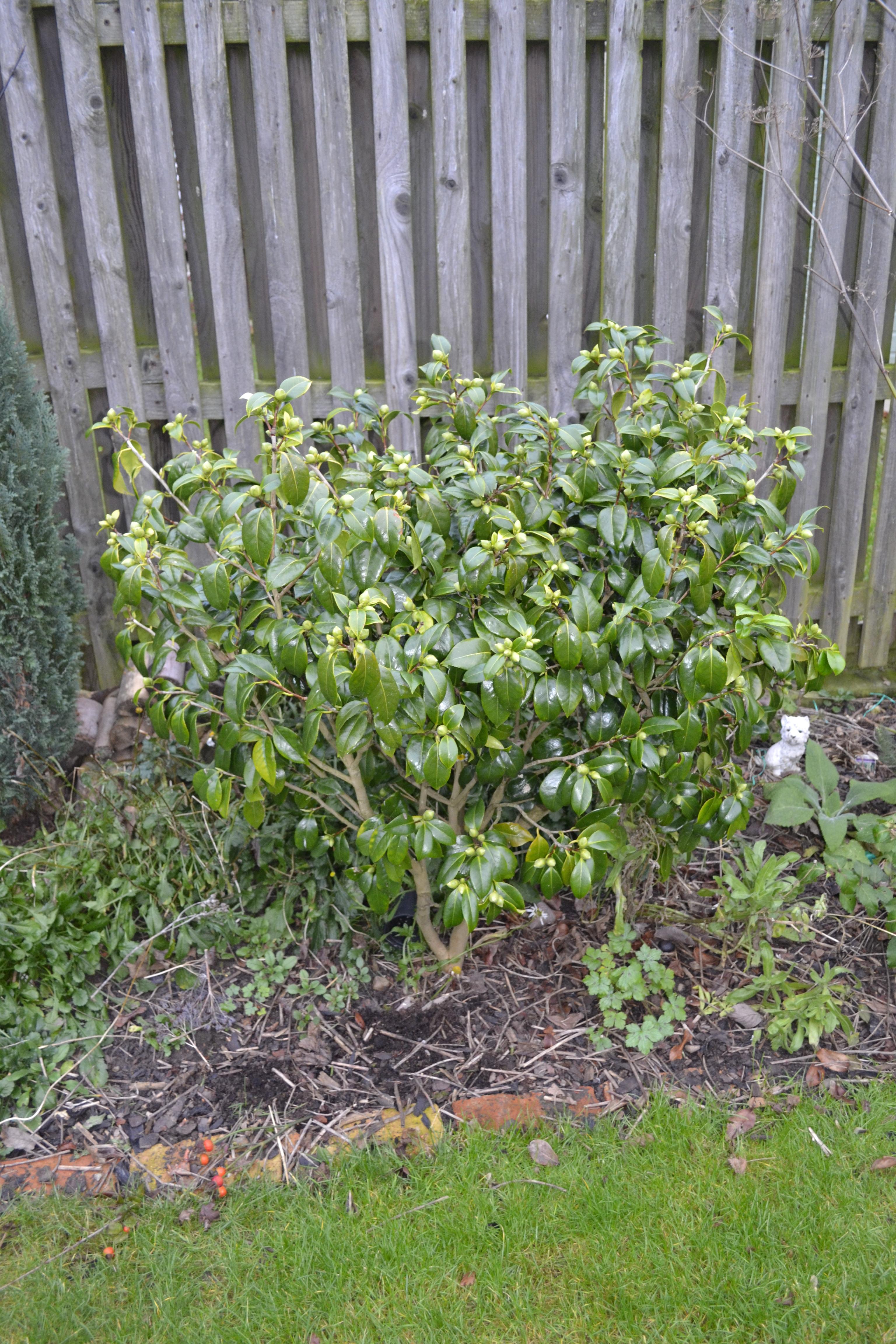 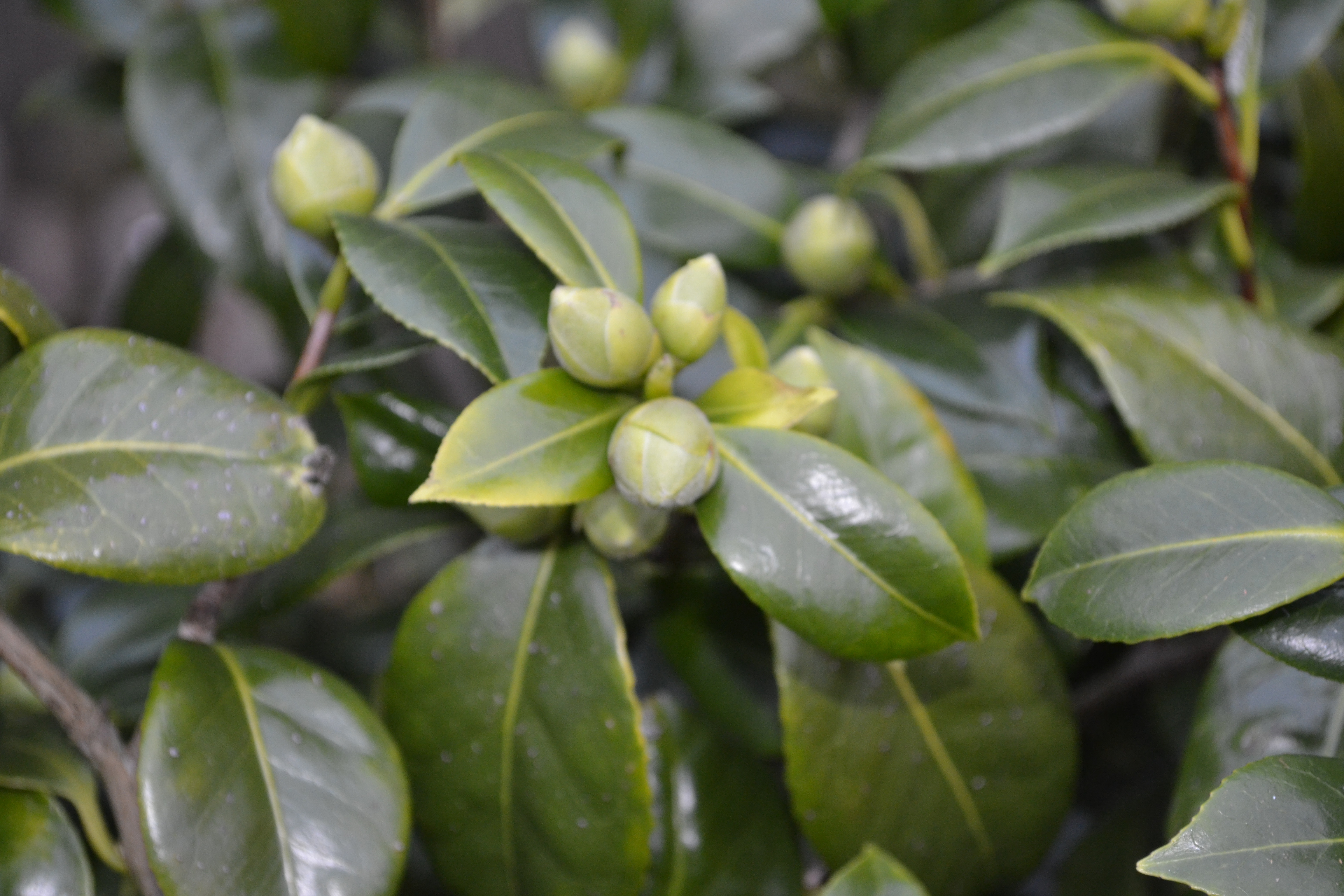 The less established I think was called Christmas Rose. It has red flowers. But it hasn’t produced any yet. It is looking a bit scruffy, but it does have buds this year. Again, I’m looking to see if it pays its way or whether it also faces the chop. I’m not a massive fan of them, so wouldn’t miss them much. 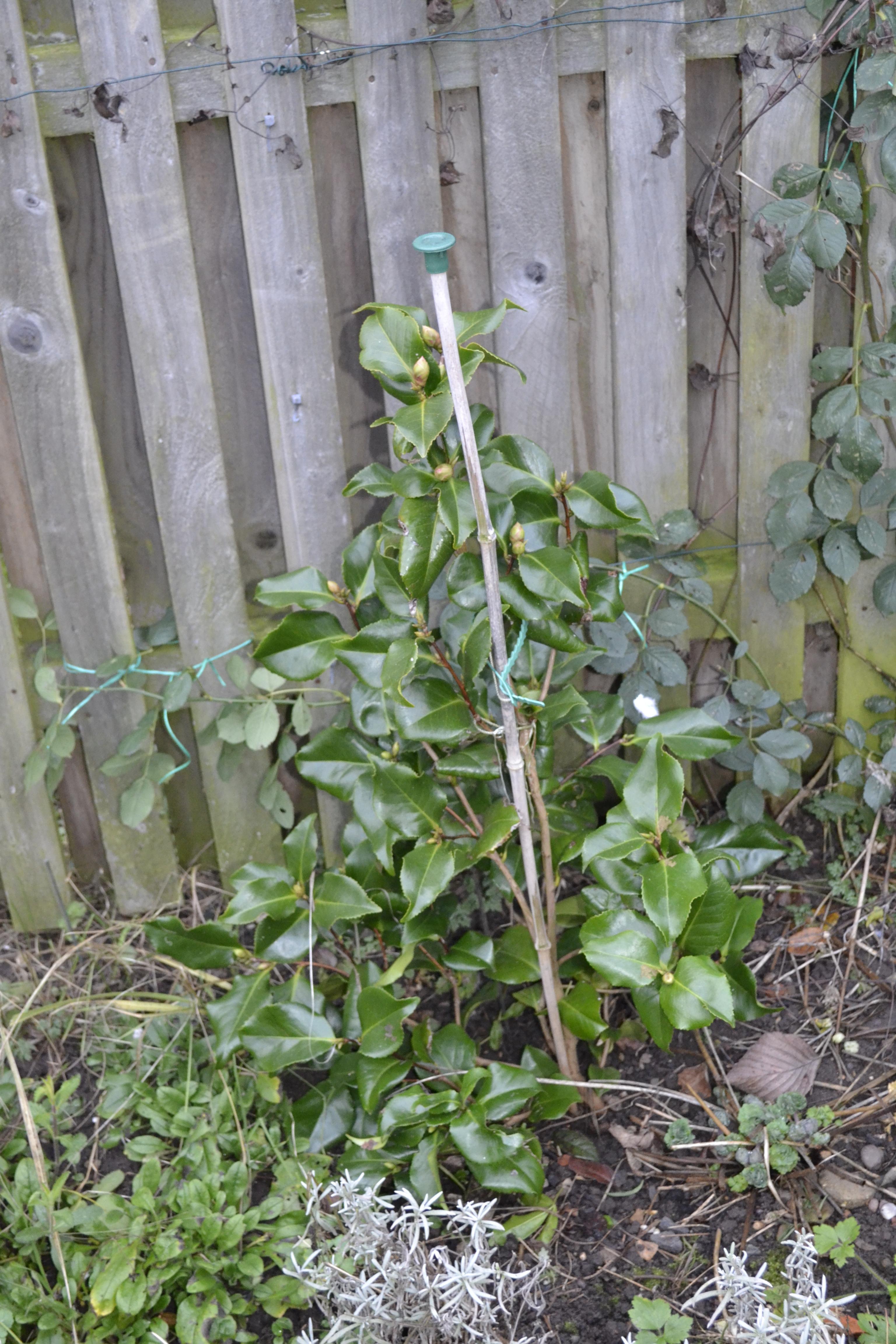 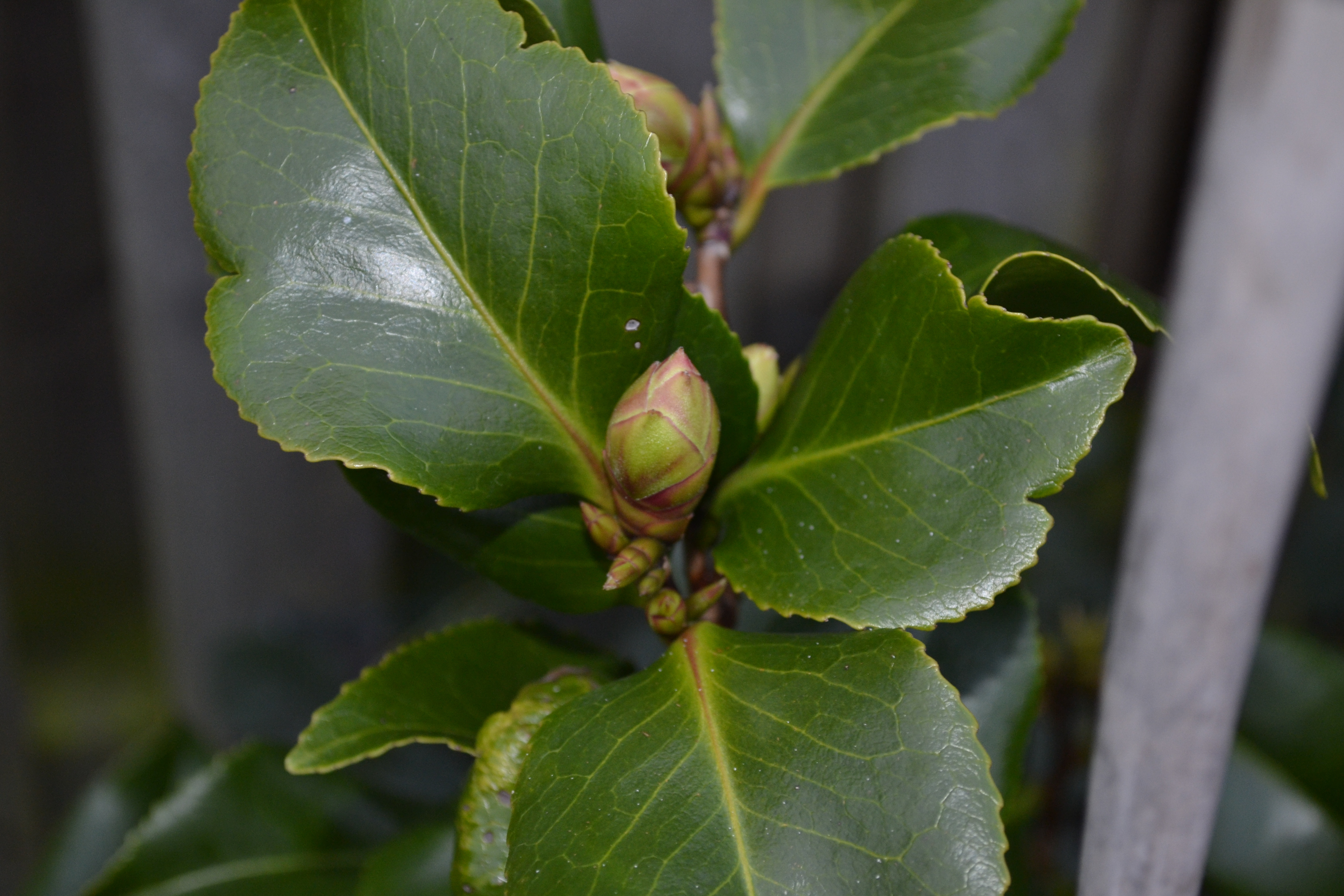 Having cleared some ground over the last few weeks I can see the mass number of self-seeded Lychnis. Luckily, I like this plant but I will need to move some around the border. The mass of pink flowers kept going for a long period through last Summer and attracted lots of insects. 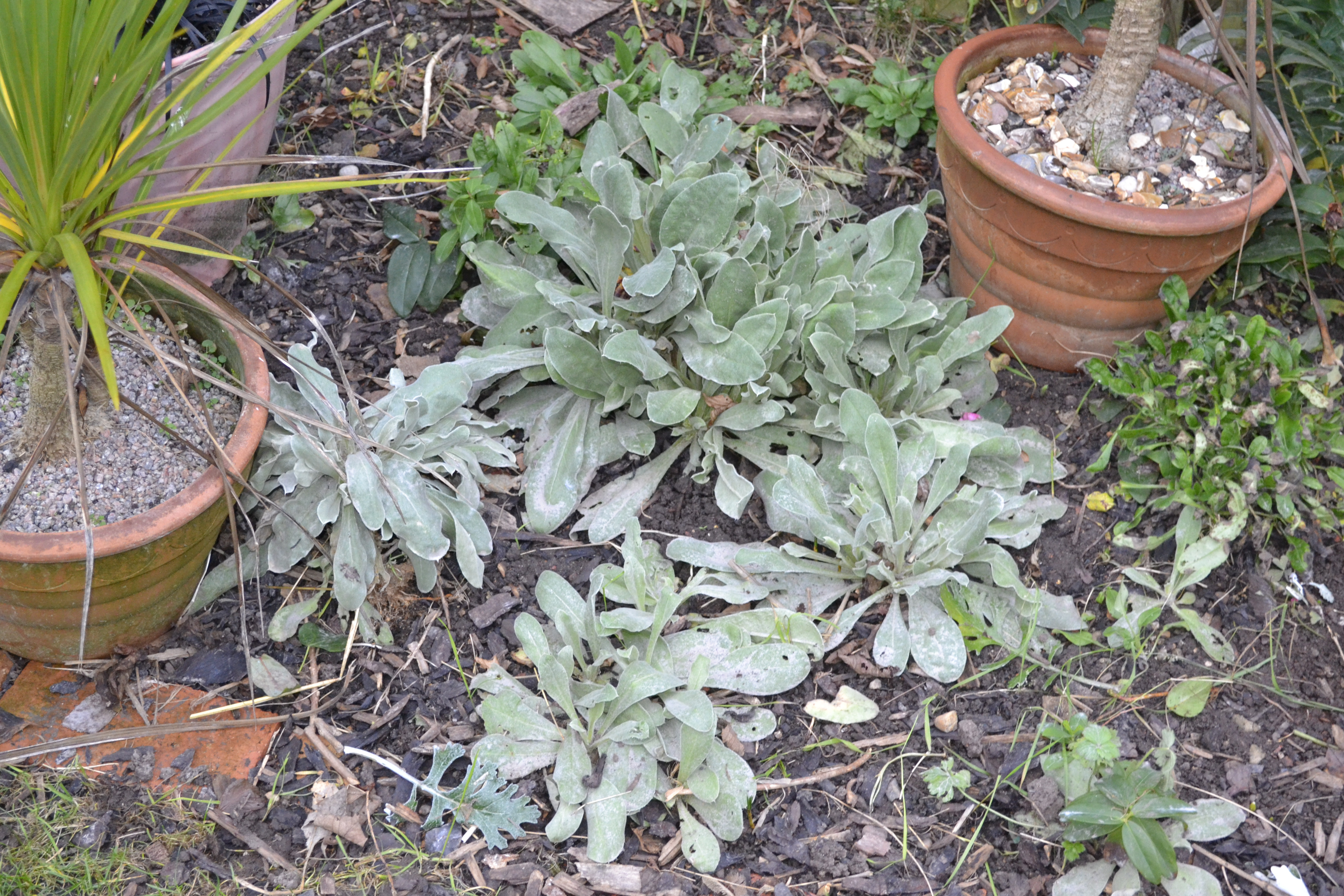 They are pretty well covered in dust from the render coming off, but a bit of wind and rain I’m sure will remove some of this. Once they put on new growth I’m confident they will look a bit healthier. 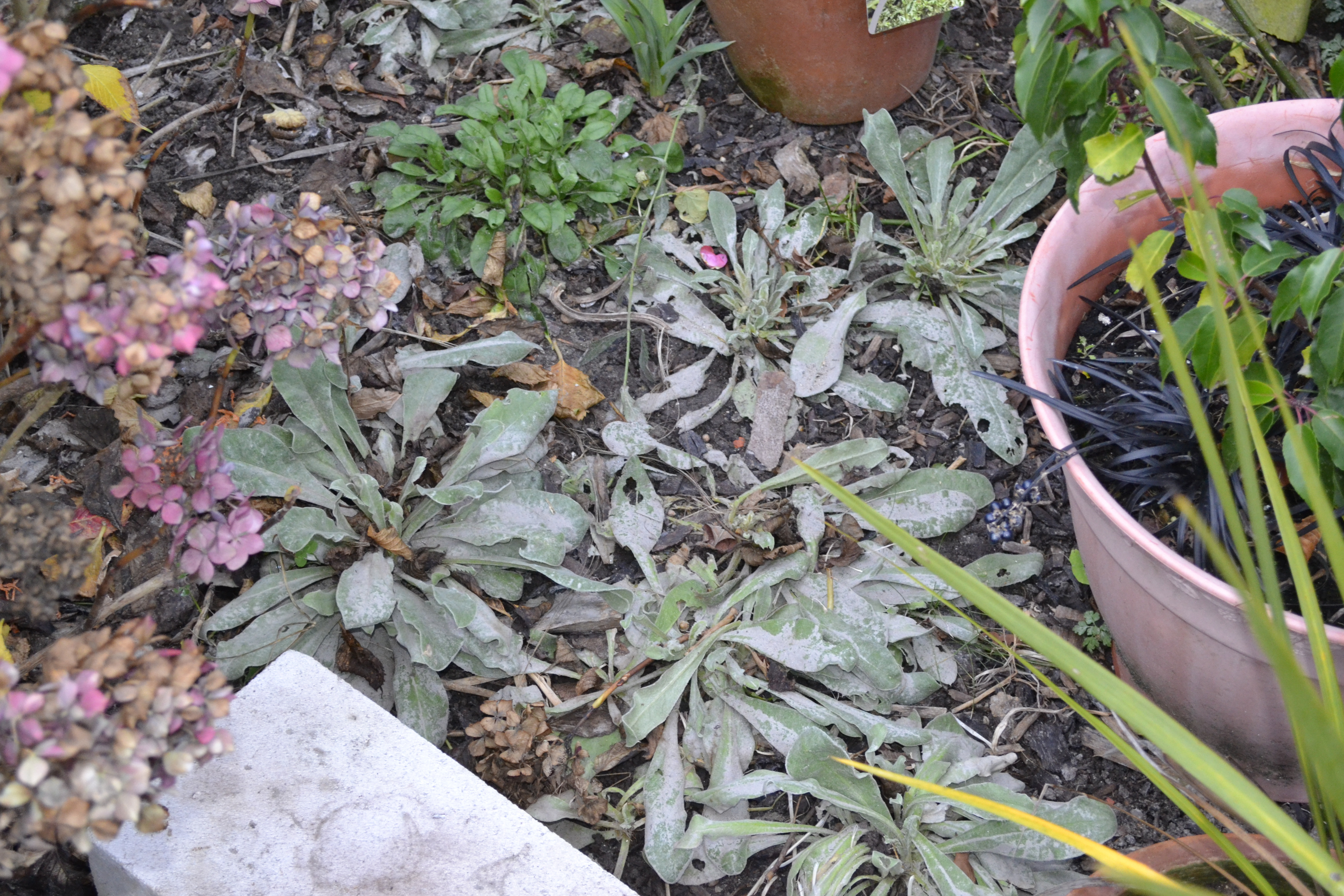 It’s time to rest now and dream of Summer. In preparation for that, I am reading Naomi Slade’s beautiful book. With lots of stunning photos it acts as a catalogue of dahlias to buy. But on top of the eye candy it has lots of information to go alongside. I’ve never grown dahlias before so this will be my first year. I’ve got a collection Sarah Raven sells to grow in pots on preorder. They are shorter varieties that don’t need as much staking land and can handle the confines of the pot to go on the patio. After reading this I’m sure I’ll want to add some to the borders as well. What dahlias are you planning this year? 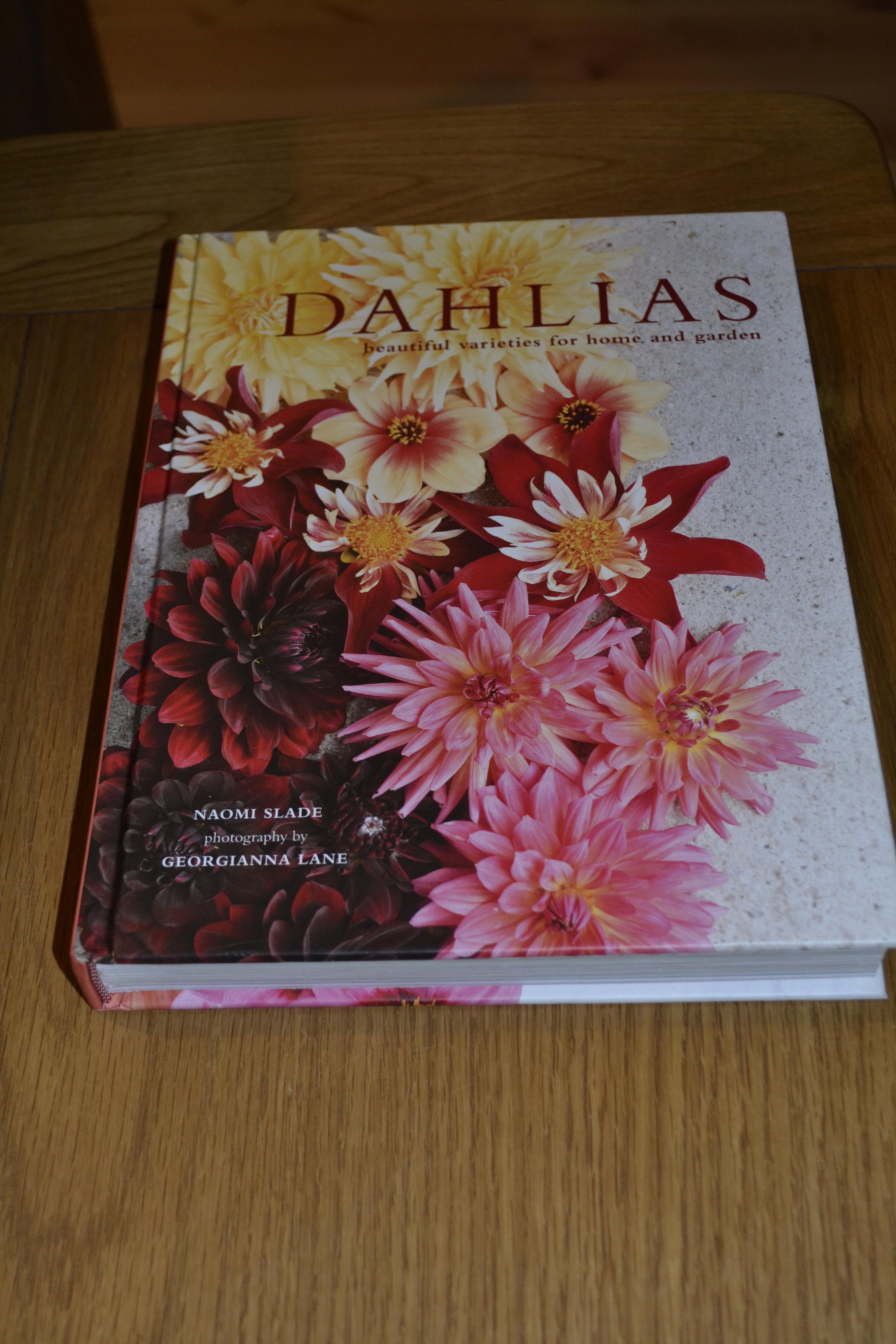 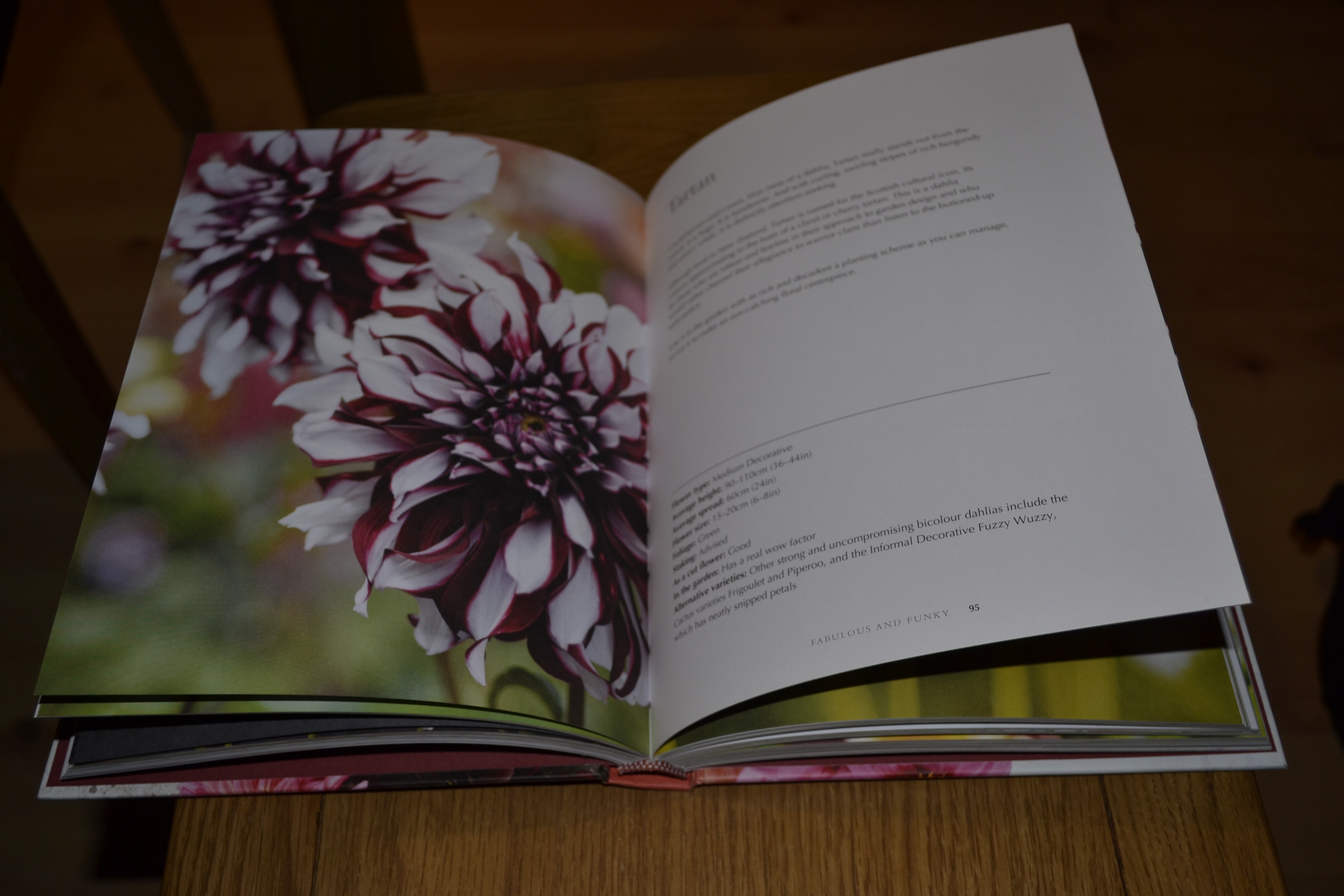 So now it’s just patience of waiting for the weather to warm up to get started on the dahlias and other seed sowings. So enjoy your weekends and good gardening!