Having claimed several times I was done with bulb planting the bulb sales begun. At up to 50% off who could resist. I’ve already got a lot of tulips in, a number of alliums, crocus, daffodils, irises, so it’s time for some new lilies. These are all going in pots for the patio. The advantage being they can be moved to prominent positions as they come into flower. While I probably shouldn’t be creating more pots while the building work goes on who can resist a bargain?

“Remember the most beautiful things in this world are the most useless; peacocks and lilies for instance.”

The first of two varieties of martagon lilies. Orange isn’t a colour I have much of in the garden. I have a bright orange Asiatic lily that was as neon bright as anything in the garden this year. Then a few yellow plants. The rose is the finest.

I’d considered keeping a limited colour palette but that’s frankly a bit boring. Sometimes referred to as Turk’s cap lily because of the reflexed shape of the petals. They’ll offer a bit of variety to the mix. 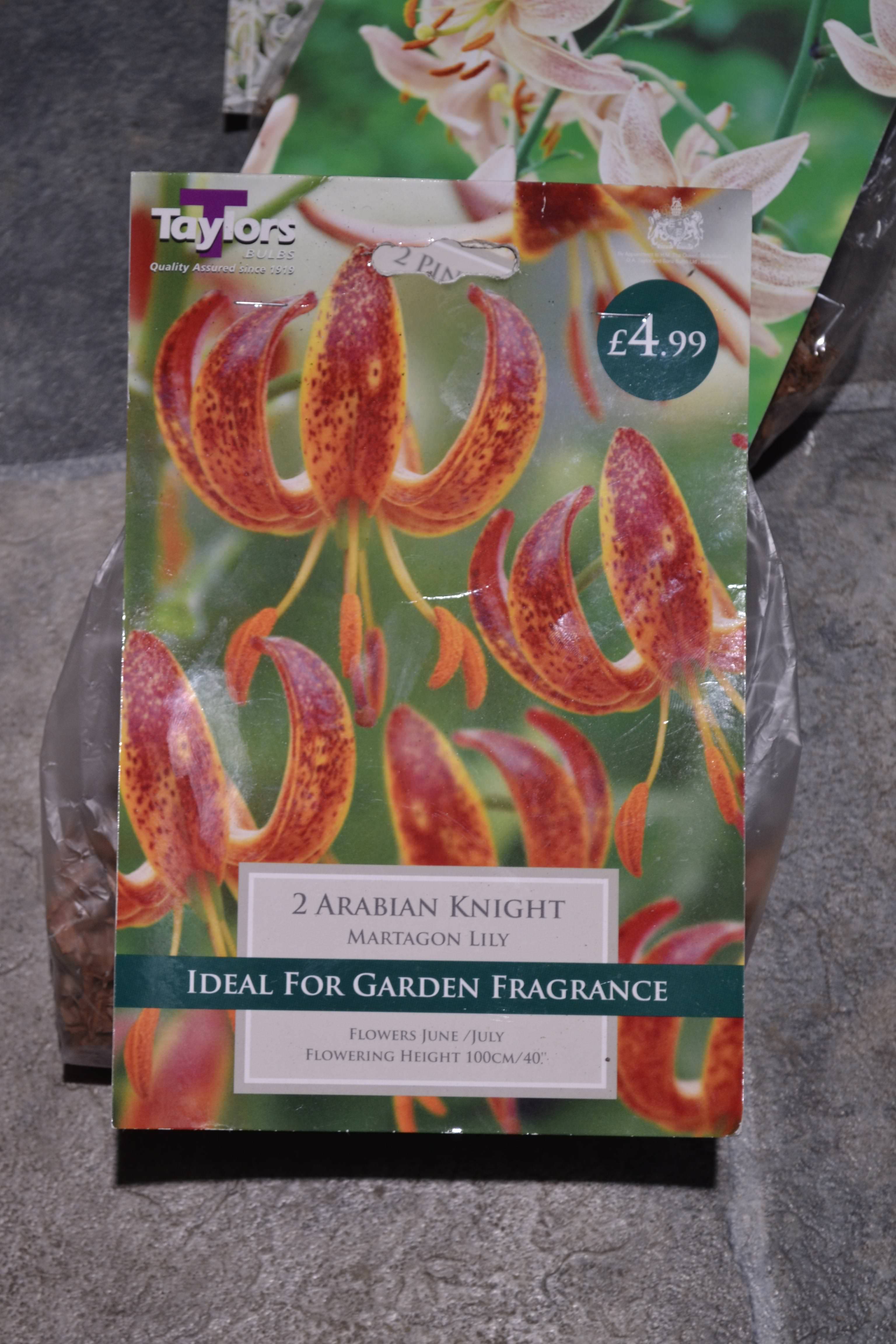 Continuing with a second martagon lily these can grow quite tall so they’ve been given fairly large pots for a single bulb. Martagon lilies were amongst the first grown in British gardens going back as far as the 1500s. They grow happily between shrubs and woodland, so will hopefully be happy surrounded by other pots of ferns and hostas with a few shrubs in pots. The dappled pink will provide a nice colour burst amongst the foliage. Both of these martagon lilies are recommended for fragrance. The scent is important close to the house where it’s more likely to be encountered. 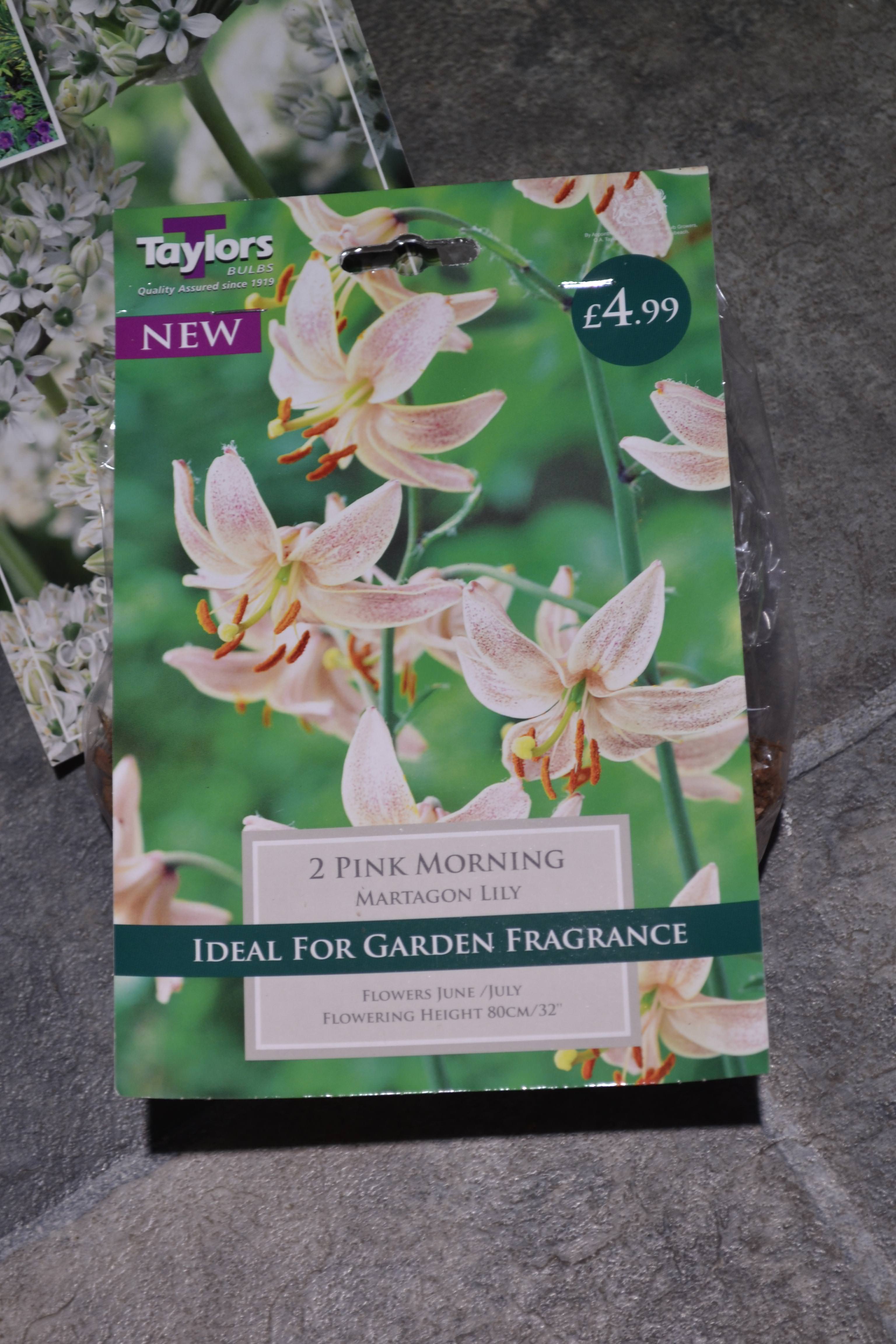 I’d forgotten I’d ordered these. They were a cheap offer with another order. The set contains a lily regale, Casa Blanca and Muscadet. These are all white varieties. The Casa Blanca is a large highly scented lily. The regale has a trumpet-shaped white flower with a yellow centre. The Muscadet is white with pink speckles. It looks similar to the lily solution I grew this year.

Moving away from the lilies these alliums were reduced. A nice dome shaped flower head. It has quite a wild look. They can naturalise as part of meadow planting. I’ve planted them into the border. 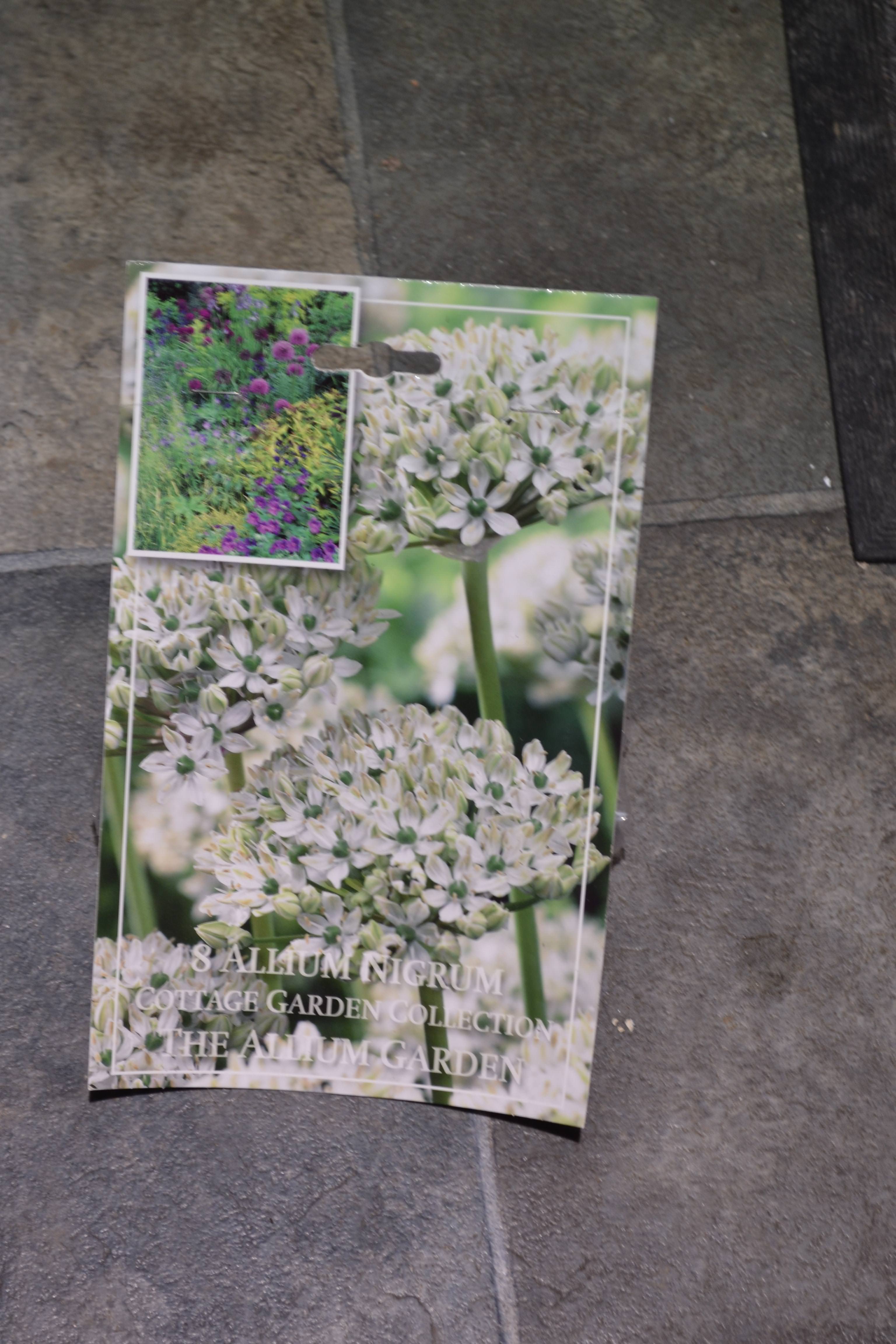 I treated myself to some better snips. I’ve asked for Niwaki secateurs for Christmas. I’m gradually working to get the best tools I can afford. Good quality sharp tools like these make jobs easier and hopefully will last longer. I’ve only had a chance to do a few quick jobs but happy so far. Cut through stems with ease. They feel comfortable and the locking strap seems good. 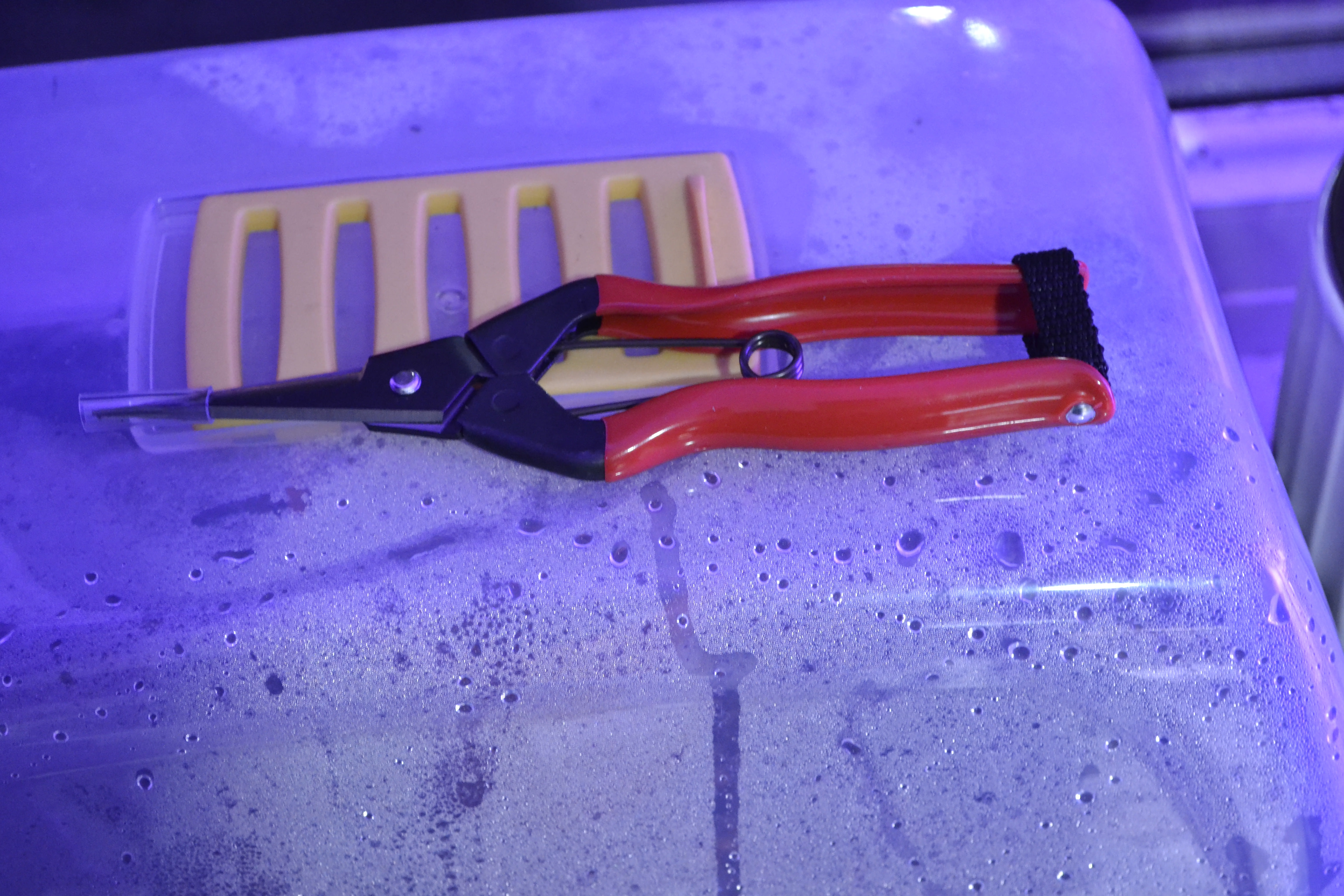 I had space in the propagator as my climbing hydrangea cuttings didn’t take. So I’ve put my new snips to work on fuchsia cuttings. They apparently root easily. While not a massive fuchsia fan this has flowered well in its pot well into December. The other two pots are a small leaved honeysuckle variety with delicate flowers I took from my parents garden. They seem to have rooted well now and I’m now pricking out to keep the size down until Spring when they can go outside. 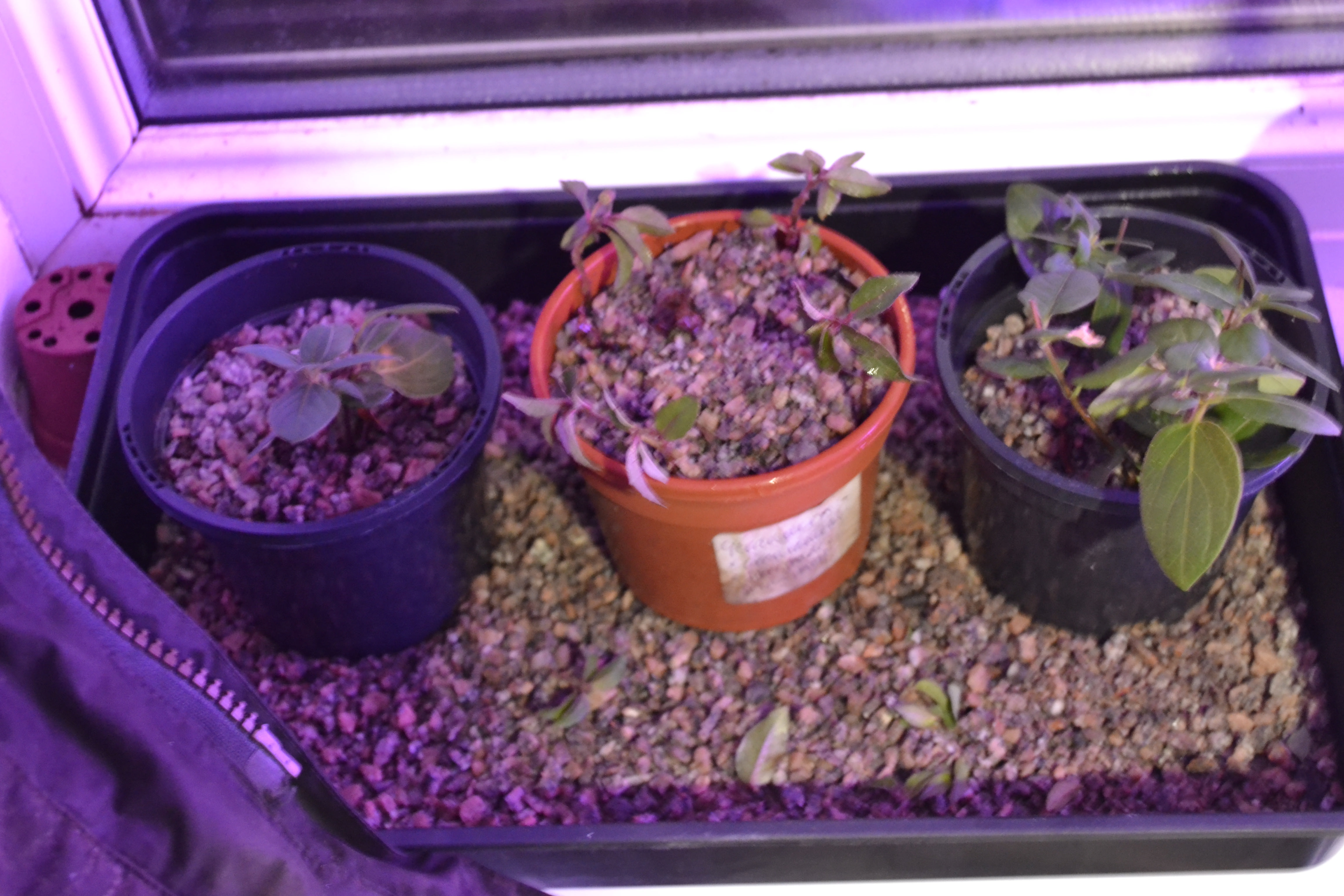 Hope you enjoy your weekends and good gardening to all of you.