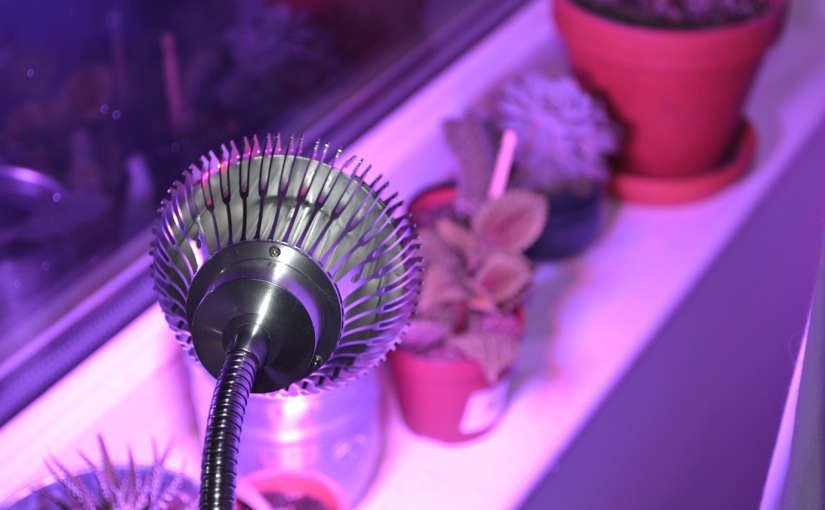 A few weeks back I got the majority of my bulbs in the ground with the help of my new bulb planter. The second batch was easier going, just going into pots. I had good success with bulbs in pots on the patio. The tulips need fairly deep pots I think for success. It gives them strong straight stems. They lasted for a good period with a nice succession of bulbs from the daffodils, through muscari and tulips and then lilies. Alice helped plant these and cover them so my careful arrangement of alternating colors may have been muddled a bit with enthusiastic covering. We’ll see how they come in Spring and how much she mixed them. That is assuming she doesn’t dig them out before then.
1. Tulip “tres chic”

These tulips were a wedding gift from one of my aunties. A nice reminder of the day. It looks to be quite a nice form. I’m not a fan of the standard bedding tulip shaped, so I’ve been trying more varied forms. 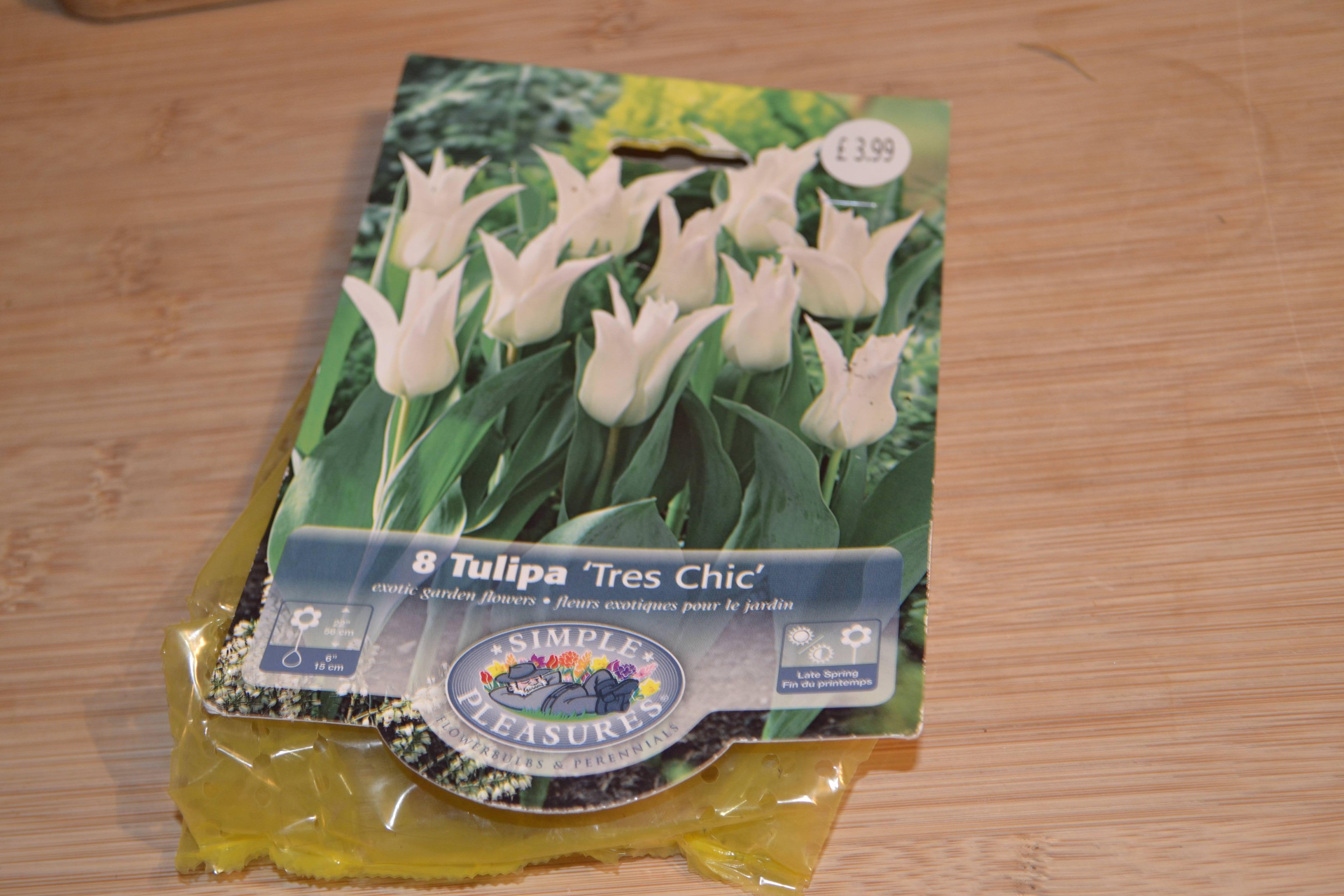 Another wedding gift, this has again gone in pots. A rather frilly petal set up. it can be forced indoors and is recommended for fragrance, so be interesting to see how these grow. They can flower as early as December but can go as late as March. It will be nice to have a burst of ivory white to pure white in the garden at that time of year. 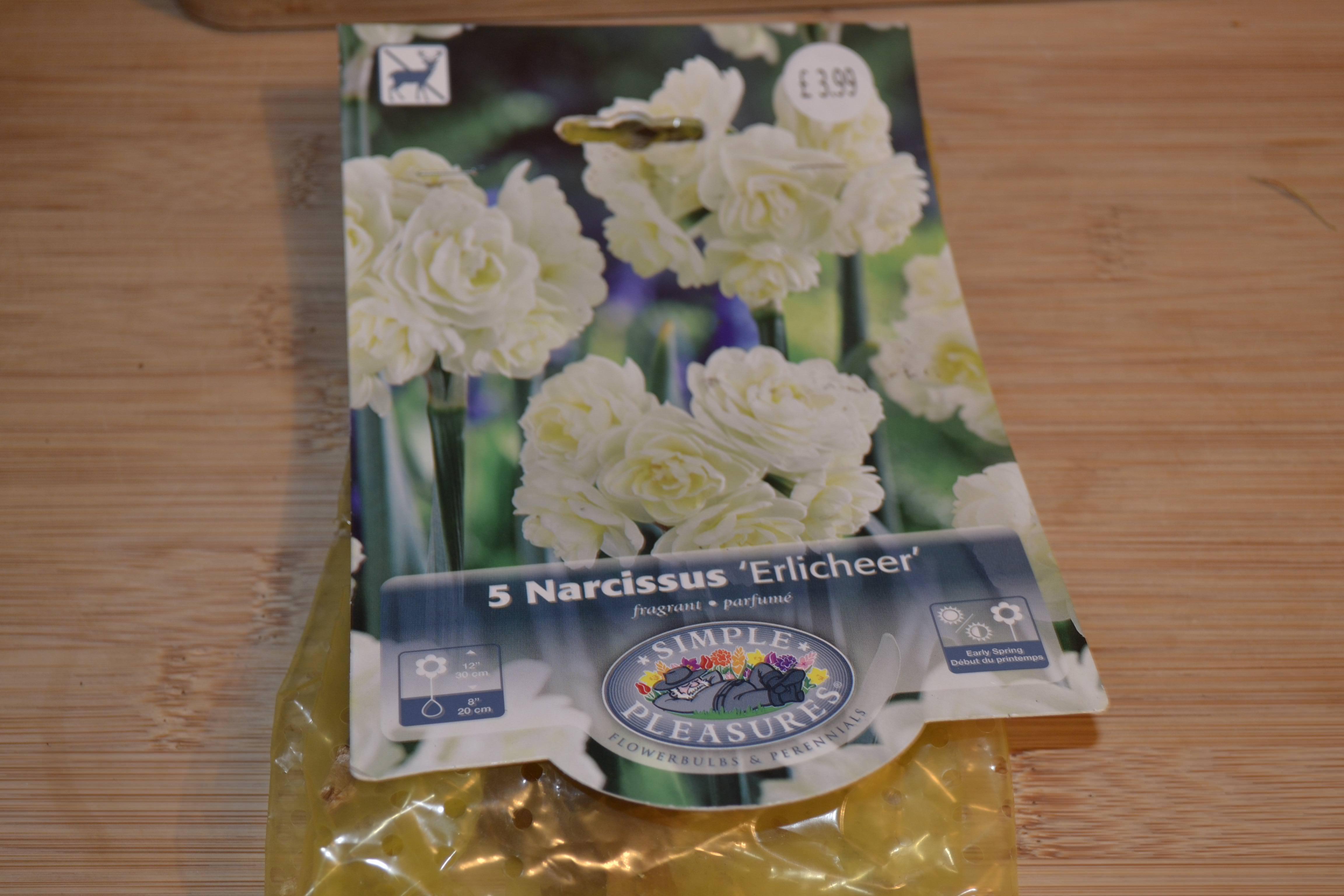 I largely went for dark purple/black and rich deep scarlet tulips last year. These are continuing that theme and moving away from the traditional tulip form. I saw a number of similar spreading tulips through other #sixonsaturday blog posts and liked that you got a good period of interest with the flower starting tight and then opening up to spread. 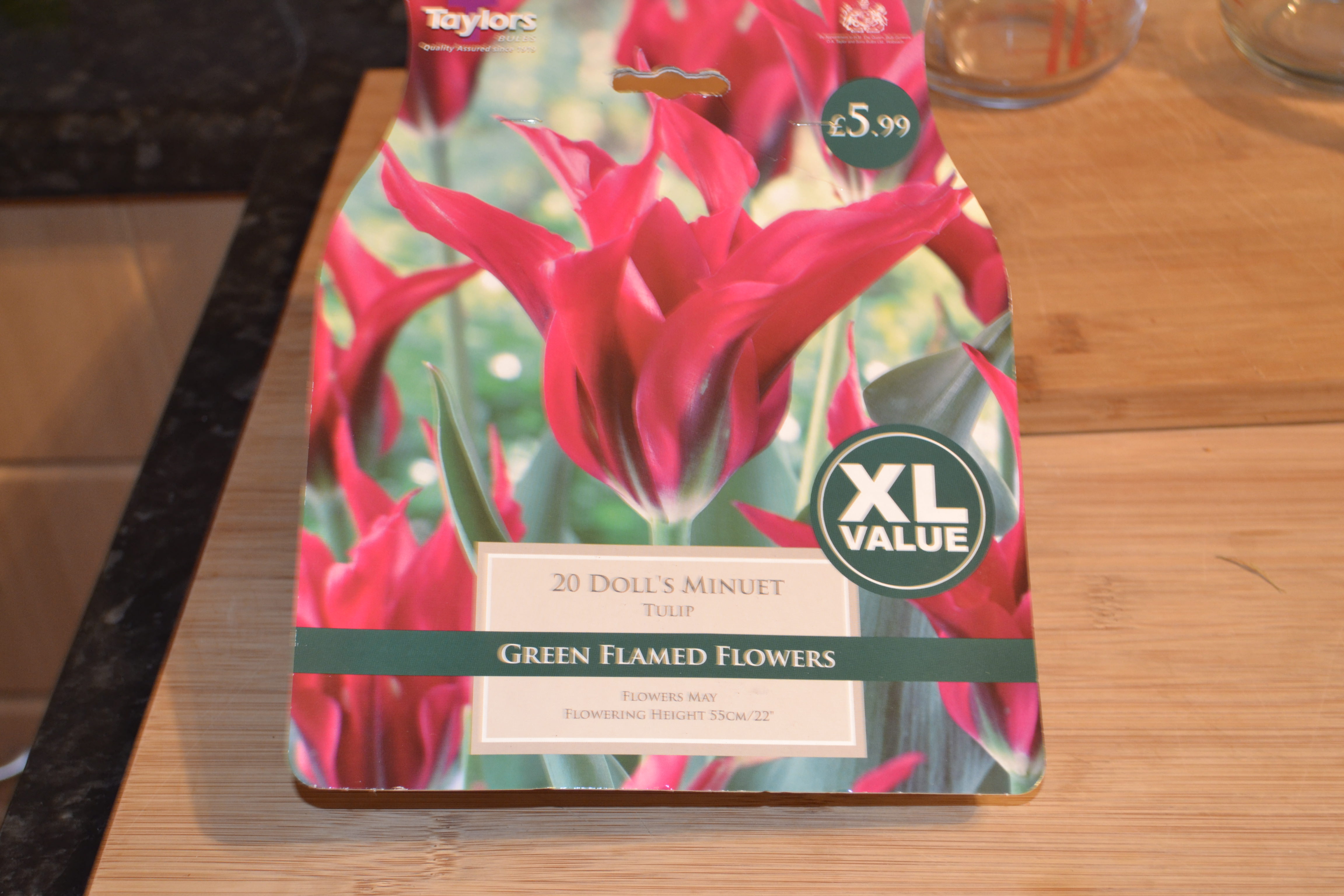 Again, continuing with the red theme I’ve picked a frilly ruffled form of the tulip. The black parrots I grew last year were stunning and these are essentially red versions. 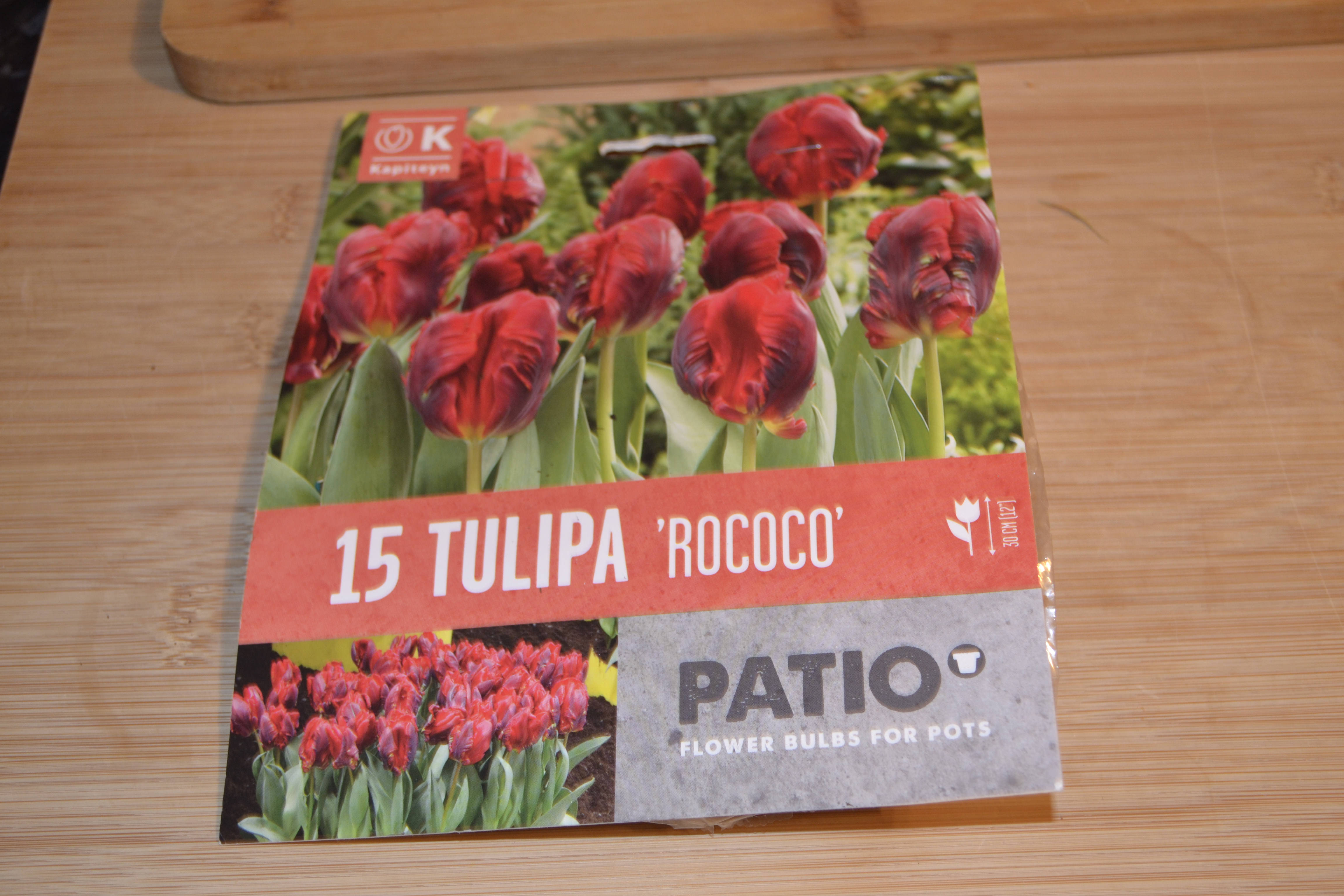 I’ve purchased a clip on grow light for the plants on the windowsill in the utility room. These were on offer from Amazon’s daily deals. I’m just using it to extend the hours of light they get in the evening. While it doesn’t get particularly hot like the old-fashioned varieties I still don’t feel secure leaving it on and going out. The main aim is to try to give the aeonium a supplement of light to keep it going through the winter. I’ve discussed it before, but this aeonium has suffered over last winter outside. It survived, just. This year I’ve brought it in. It’s dropped a number of leaves and was spreading out, which didn’t look to healthy. From the advice of the #houseplanthour more light seemed to be the way forward. I’d moved it to a brighter windowsill, but still don’t think it was getting enough. This will hopefully help. I’m tempted with some of the ikea grow light bulbs. These fit into many normal household light fittings and would give an extra boost to a few of the houseplants, allowing me to grow plants in rooms I wouldn’t normally be able to. 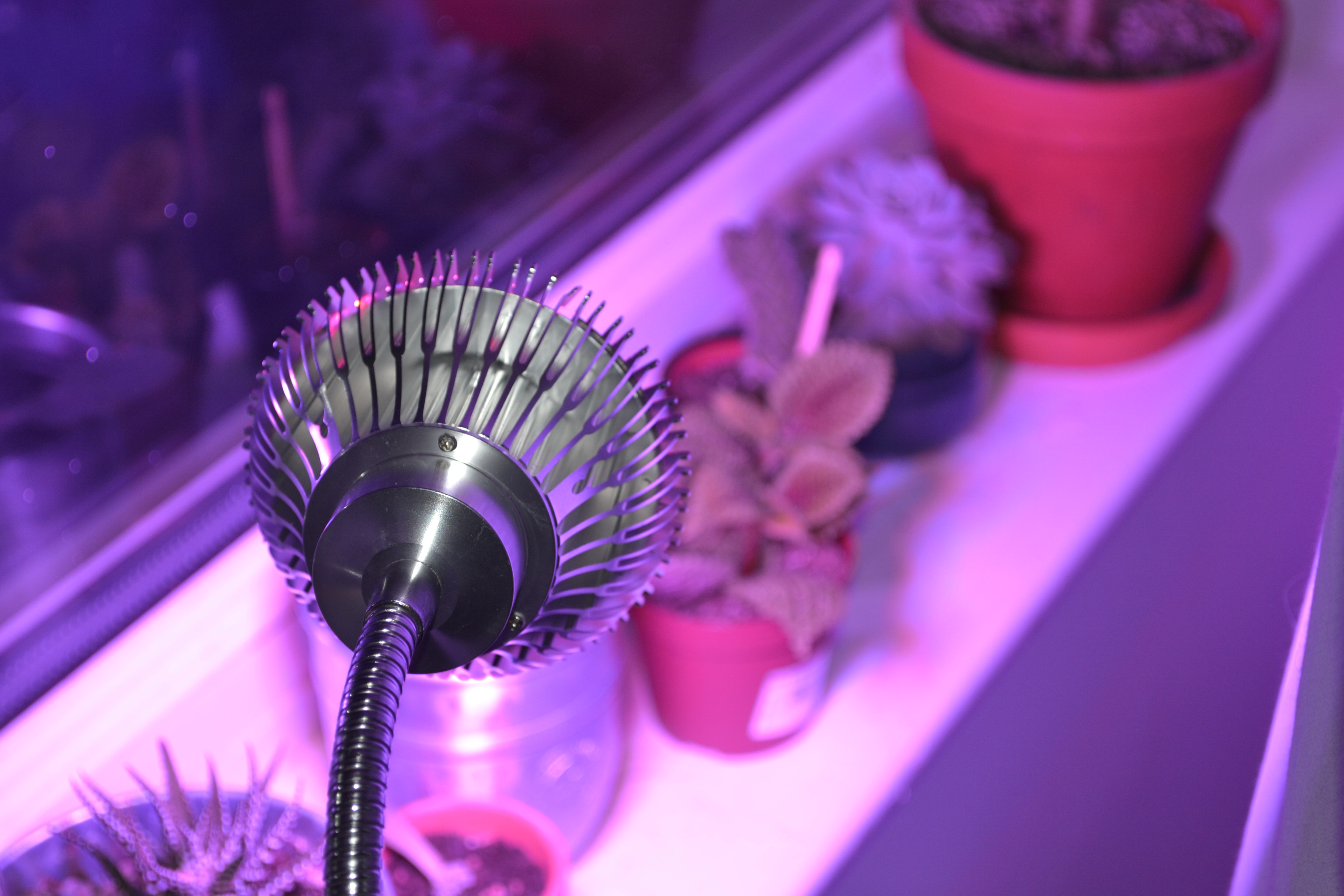 6. The armchair book of the garden

On my continuing charity shop hunt for Hessayon I found this little gem. Full of famous gardens, history, plants, how to guides. A nice book for dipping in and out of. 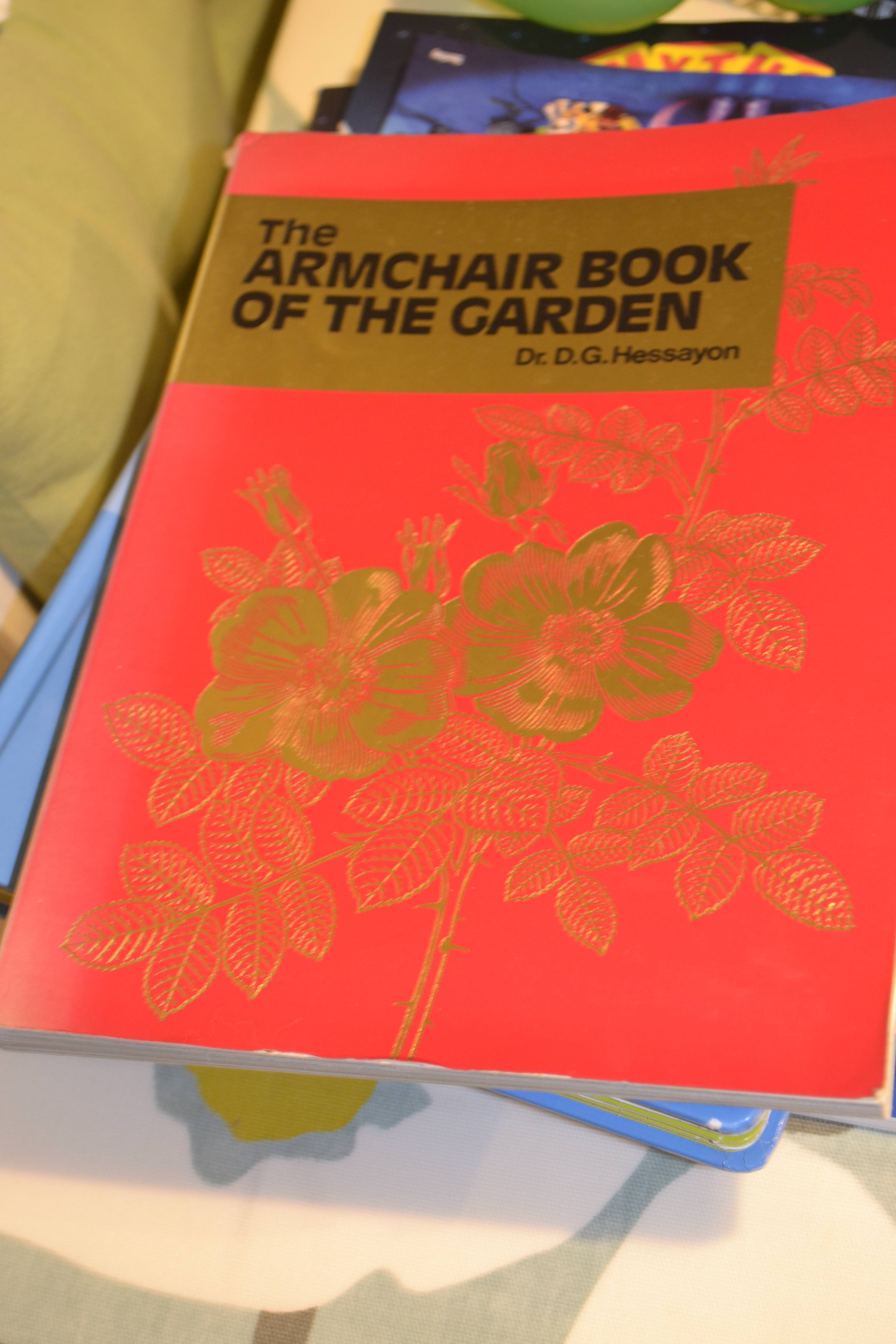 Hope you all have good weekends. We’ve had a very windy night, so need to get out to insepct for damage.