The last week has seen the weather change properly to Autumn. The leaves are coming more rapidly from the trees. The light is softer. The day is shorter. But still plenty happening in the garden.

The changing of the clocks, the first proper frost and shortening days has brought the soft Autumn light to the garden. From above you can see many of the trees have shed their leaves in the strong winds over the last few weeks. But still, a lot hanging on in there. 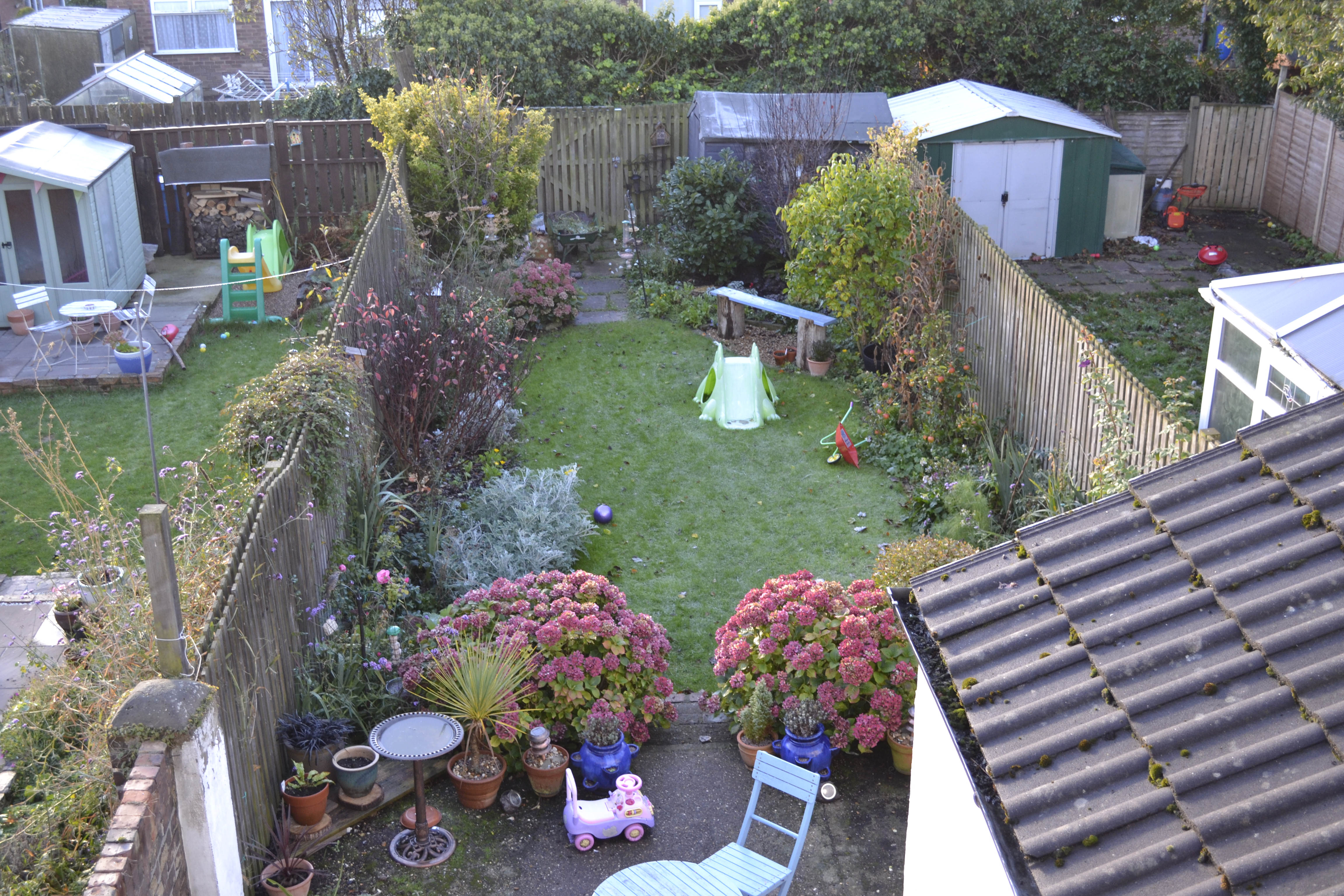 The patio work is still set for beginning next month. I mainly have evergreens on the patio, so while they suffer from the weather it keeps a bit of greenery through the year close to the house. 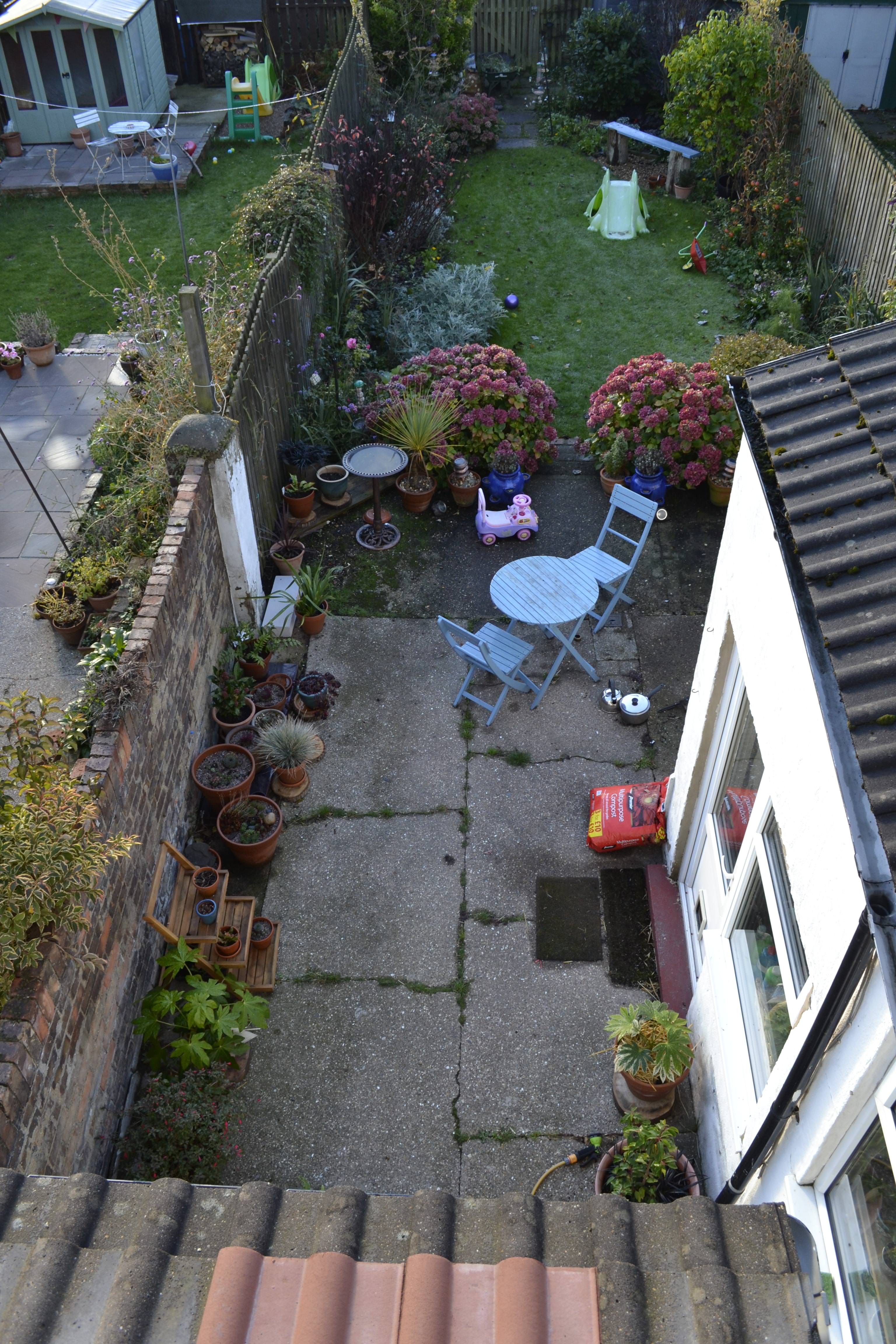 The dogwood has almost finished dropping its leaves. It has some nice red stems for Autumn interest, but come Spring it will be getting a hard prune down to the ground, then fresh red stems will grow. It’s getting a bit big and the stem colour isn’t as nice on older stems. 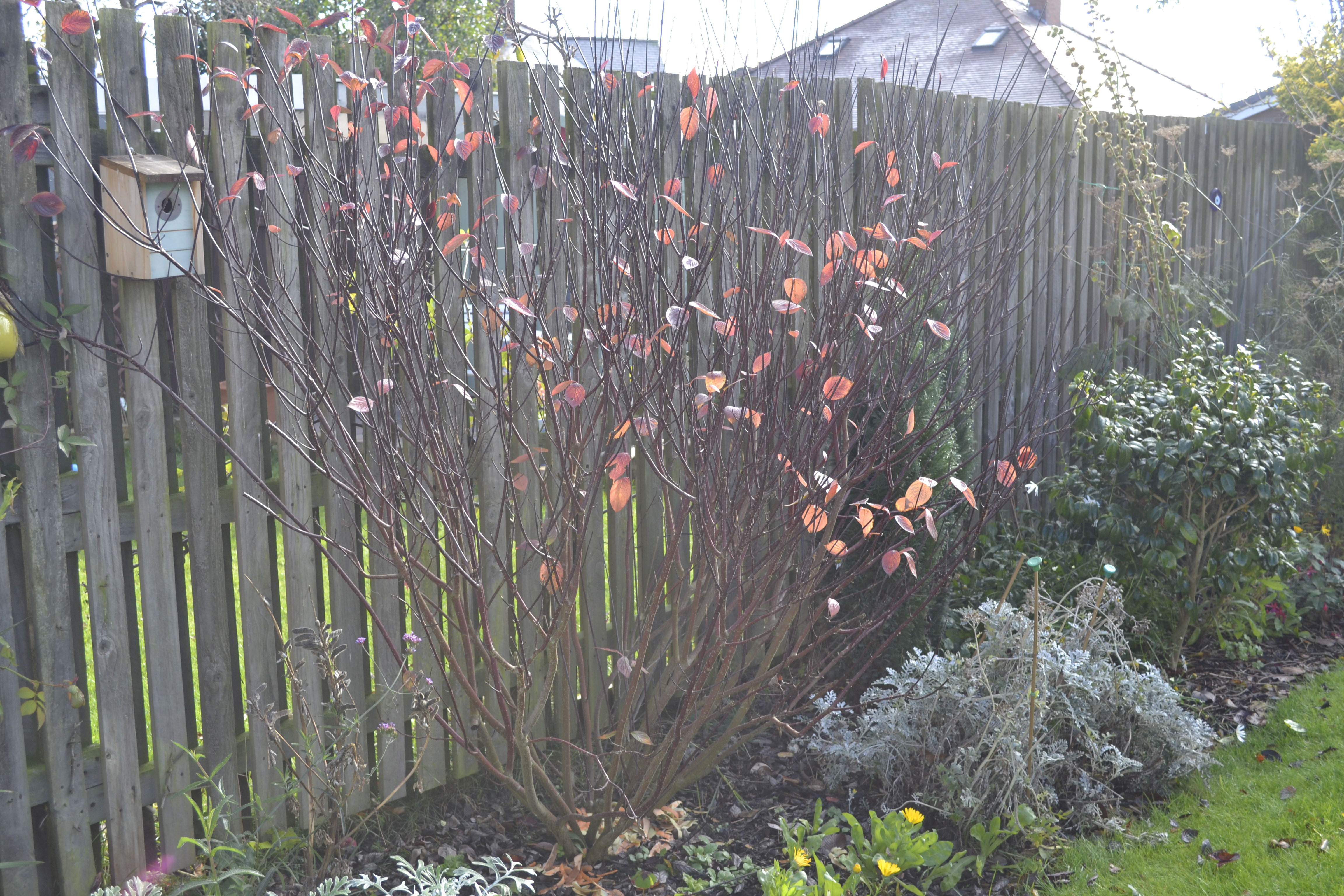 The acer is one of the first trees to shed its leaves. I’ve been pruning out a third of branches each year to keep the size down while maintaining a nice shape. I’ll probably give its yearly trim soon. 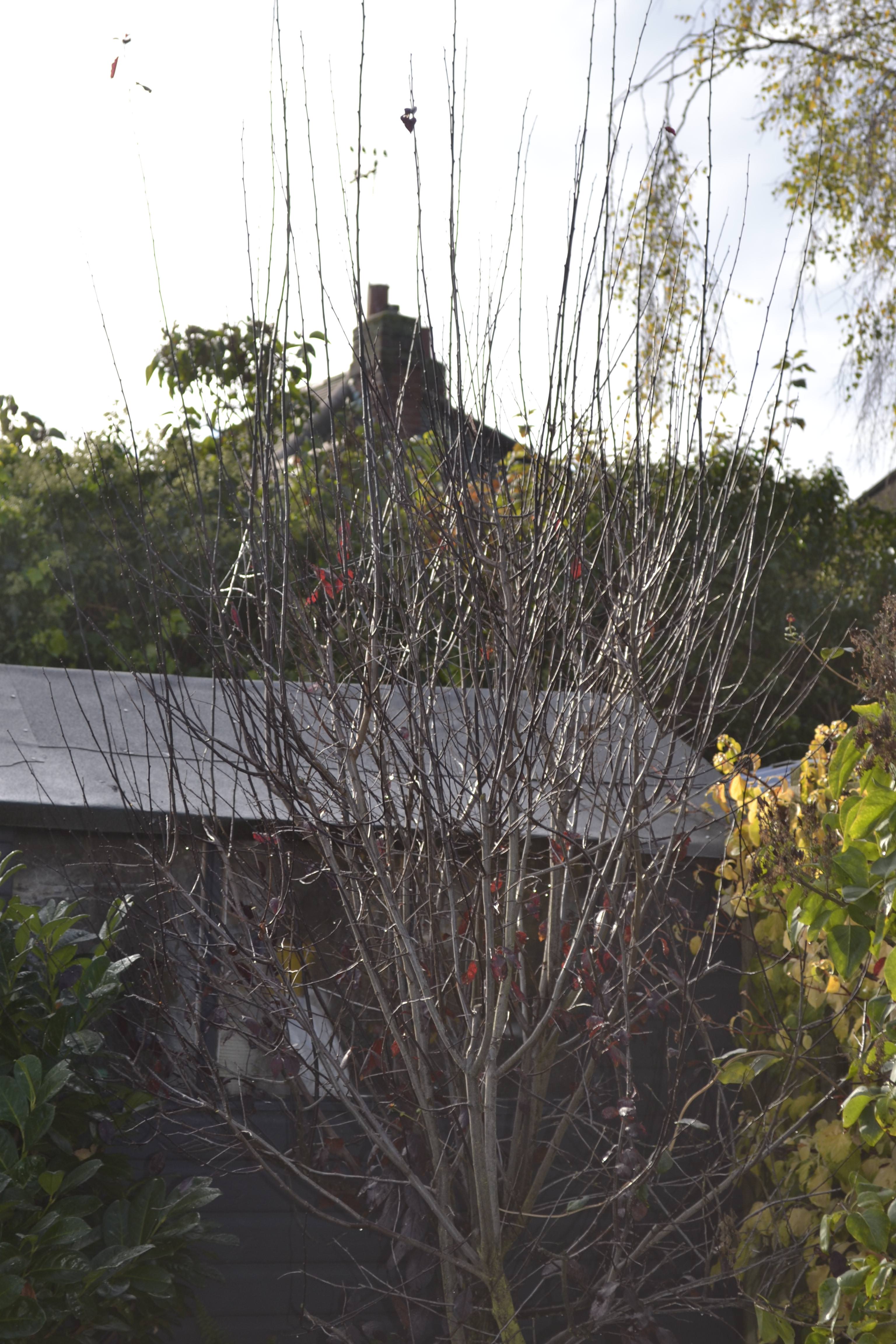 The leaves around most of the garden fall off neatly and don’t end up on the lawn. So, I largely leave them where they are providing rich growth for foliage corner. 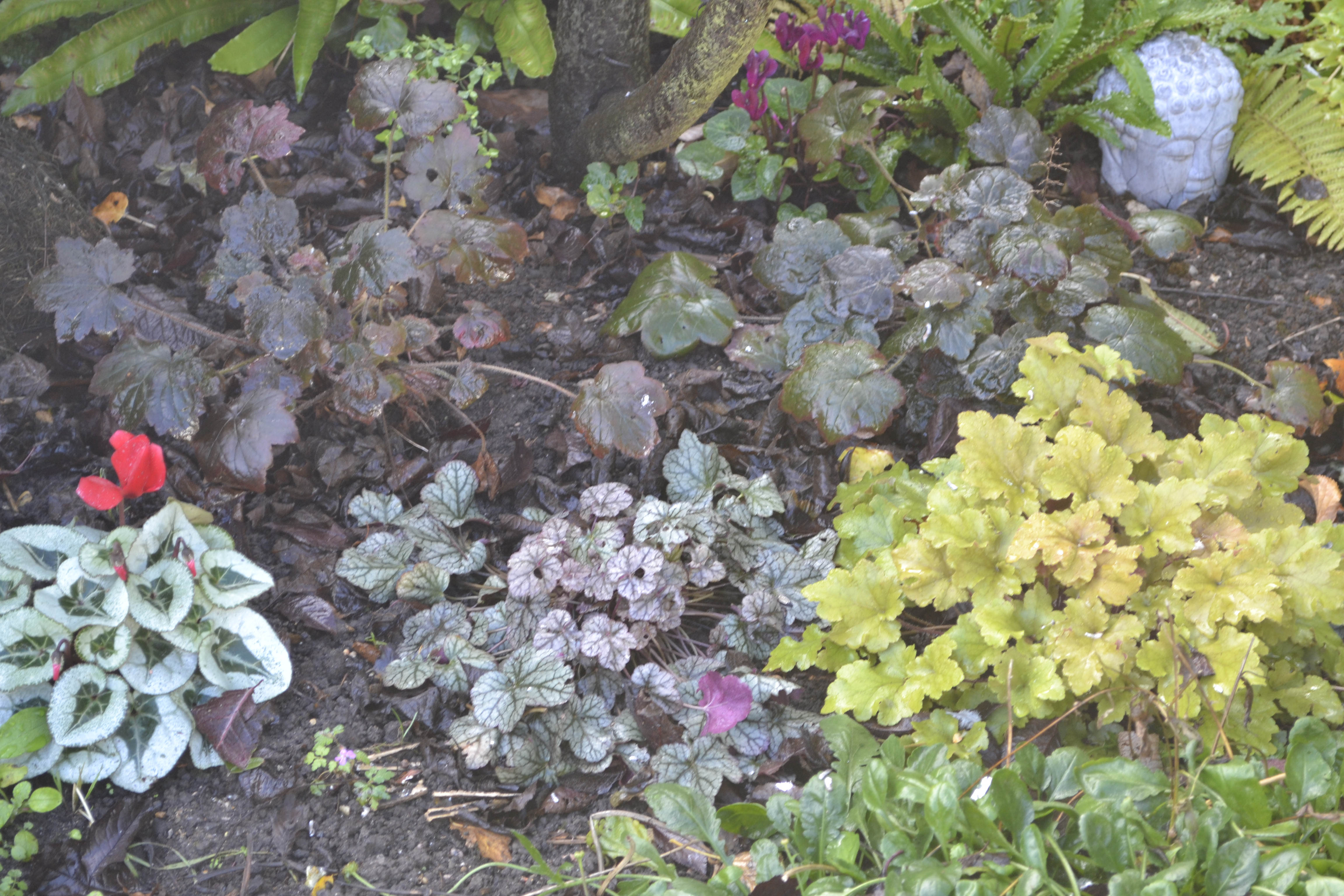 From moving in I’ve added a few more evergreen plants so there is some greenery through the year. The camellias, conifers and euonymus provide a framework to keep some cover through the year. 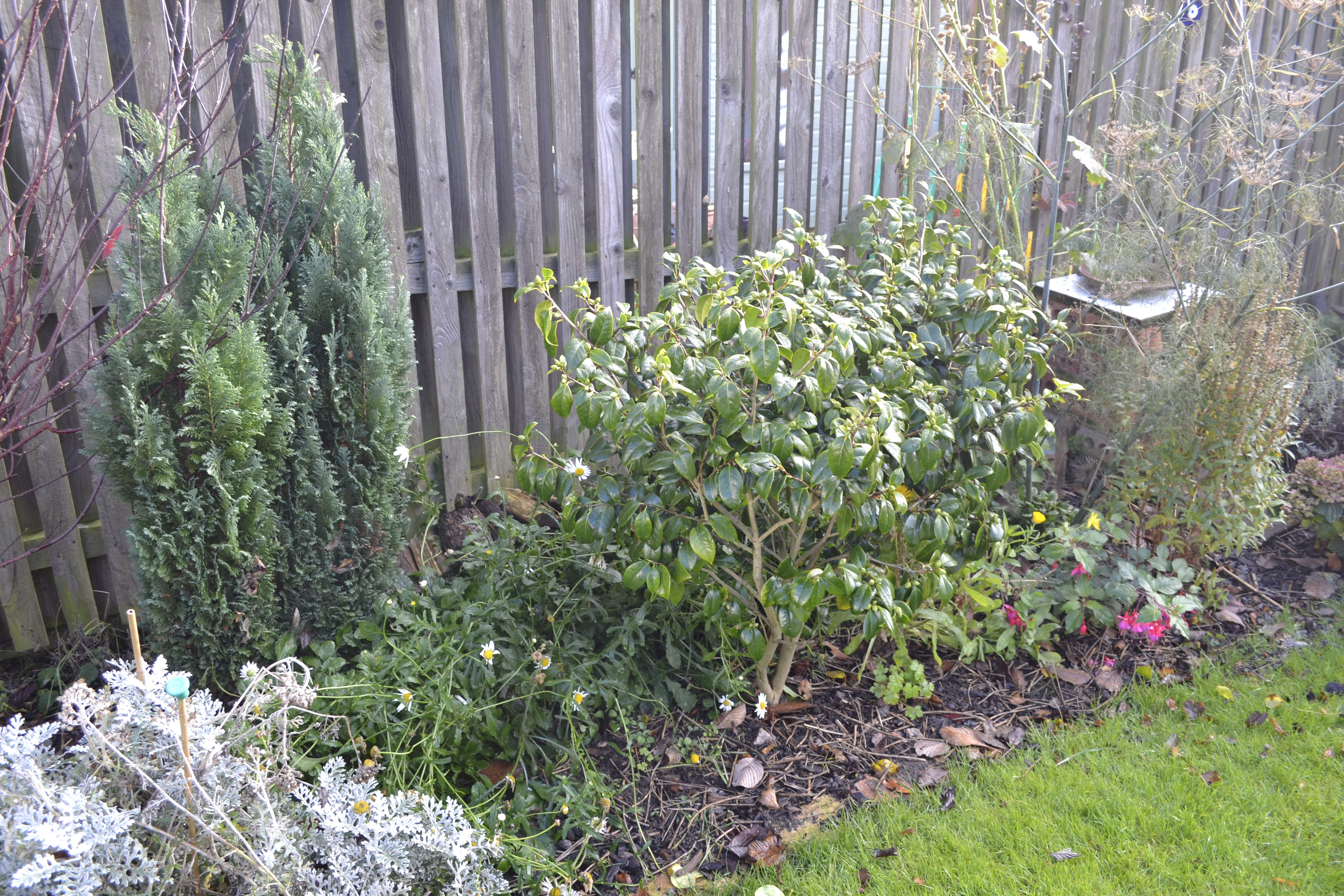 The cineria has grown out of control, but it will retain it’s silver leaves through the winter filling the border with a good area of cover. Then I can look at thinning it out next year. 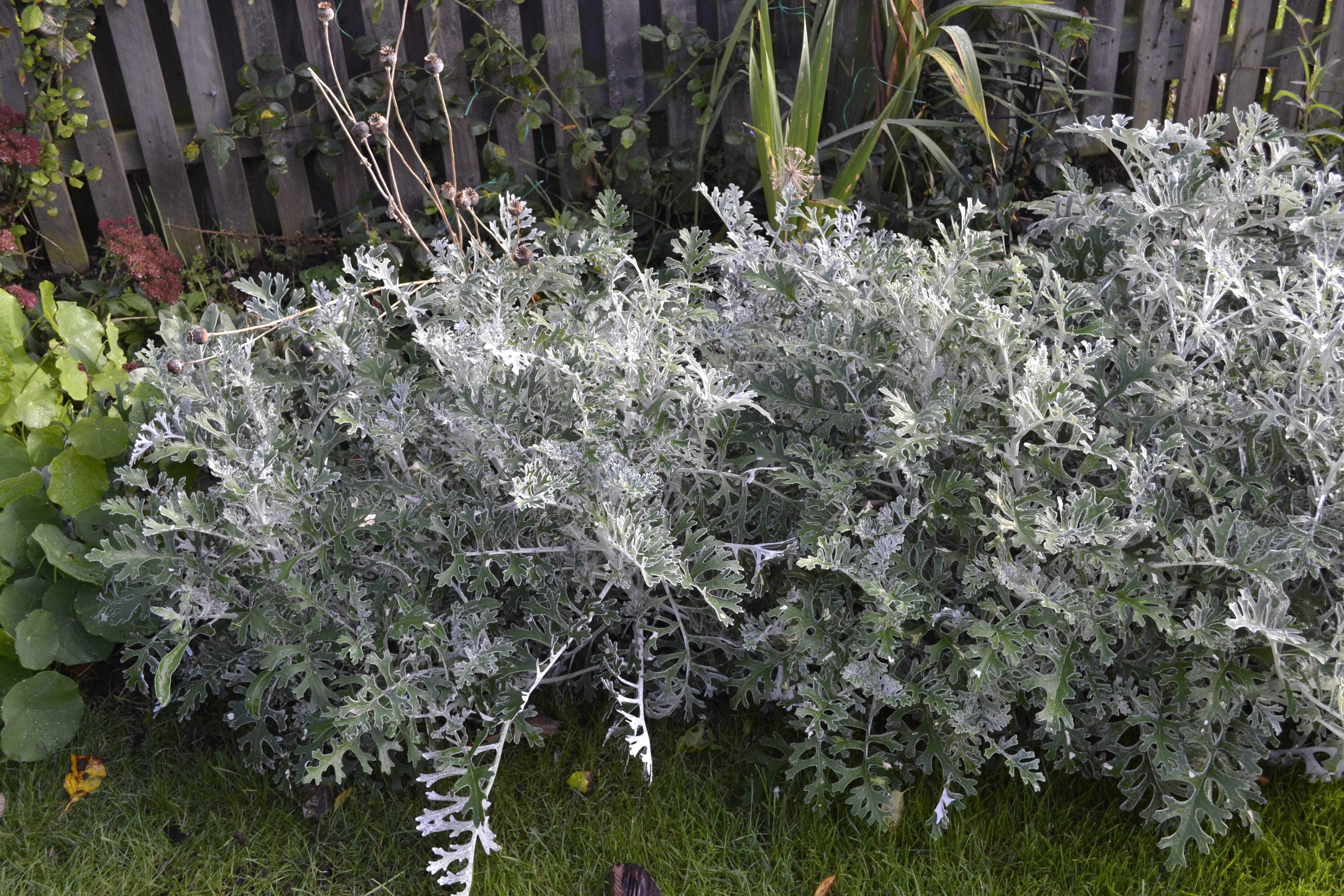 On the patio, the skimmia is slowly growing and getting set to flower. 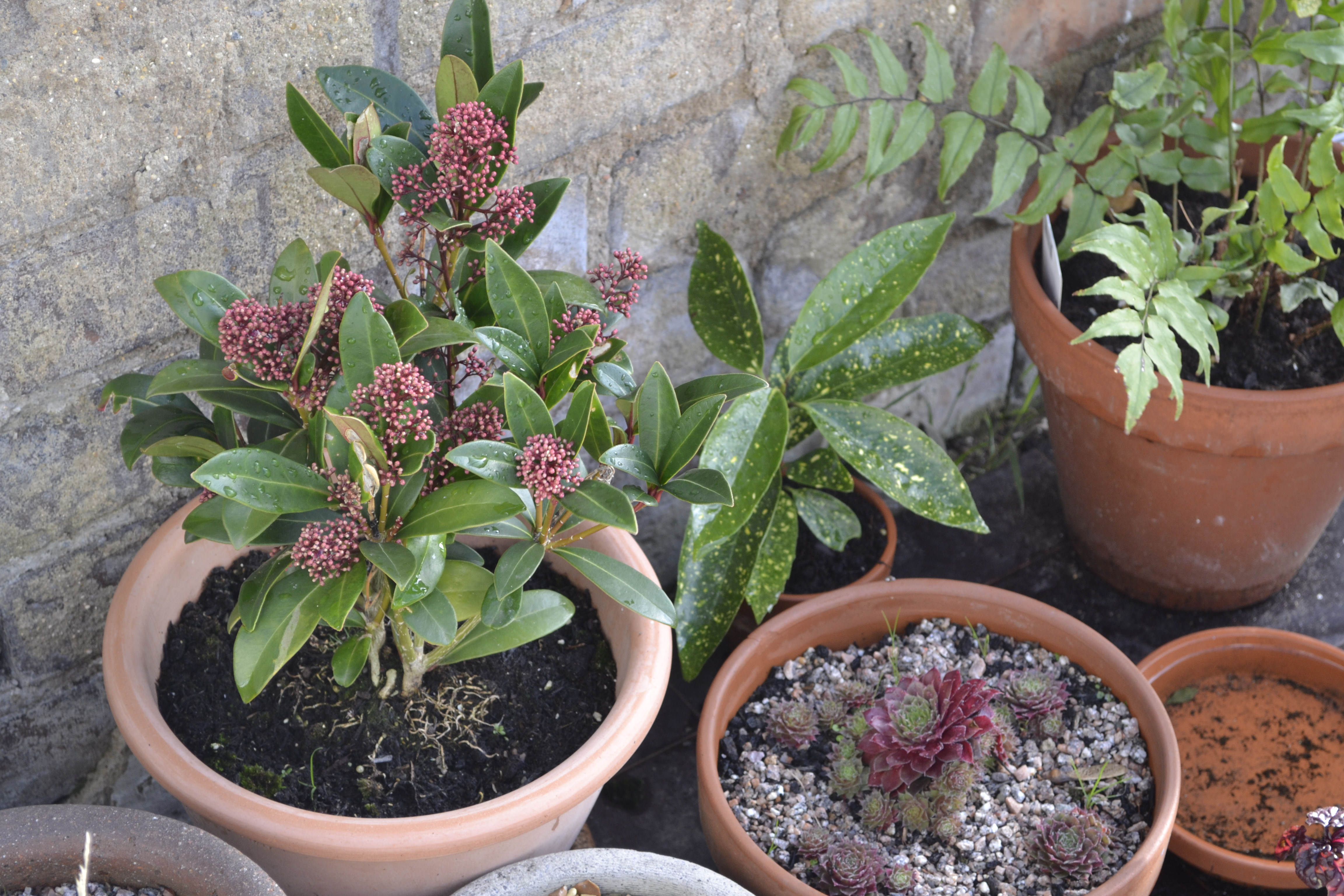 The hydrangea have featured lots this year, but they deserve a mention in regards Autumn. After flowering these slowly fade, so several months on from flowering they are still looking nice. The pink will fade to brown. I quite like the faded brown flowerheads, which I leave until Spring to cut. This gives the plant some protection from frost, but I also just like the look of it. For a long period of seasonal interest in my garden, there isn’t much else to touch their crown. 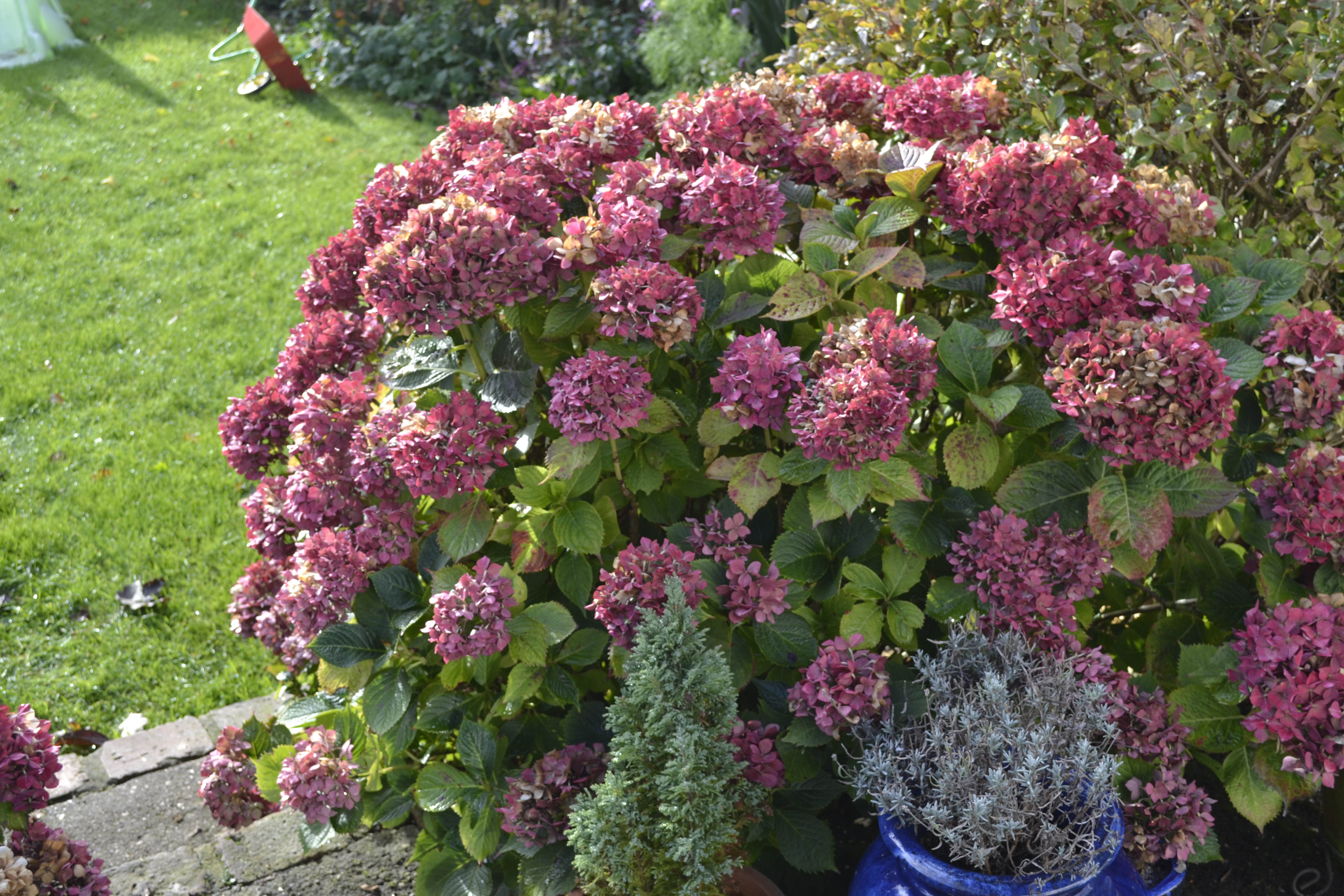 The temperature has dropped and with that birds have returned to the feeders in greater numbers. I have just had a new delivery of Haith’s bird seed. I buy in bulk, saving money, and reducing my plastic waste. Haith’s are Lincolnshire based company that produces cleaner seed, that is supposedly better for the birds. I can’t comment on the health benefits, but I do know the birds love the seed. I’ve had maybe 40-50 starlings in the garden at once over the last week. 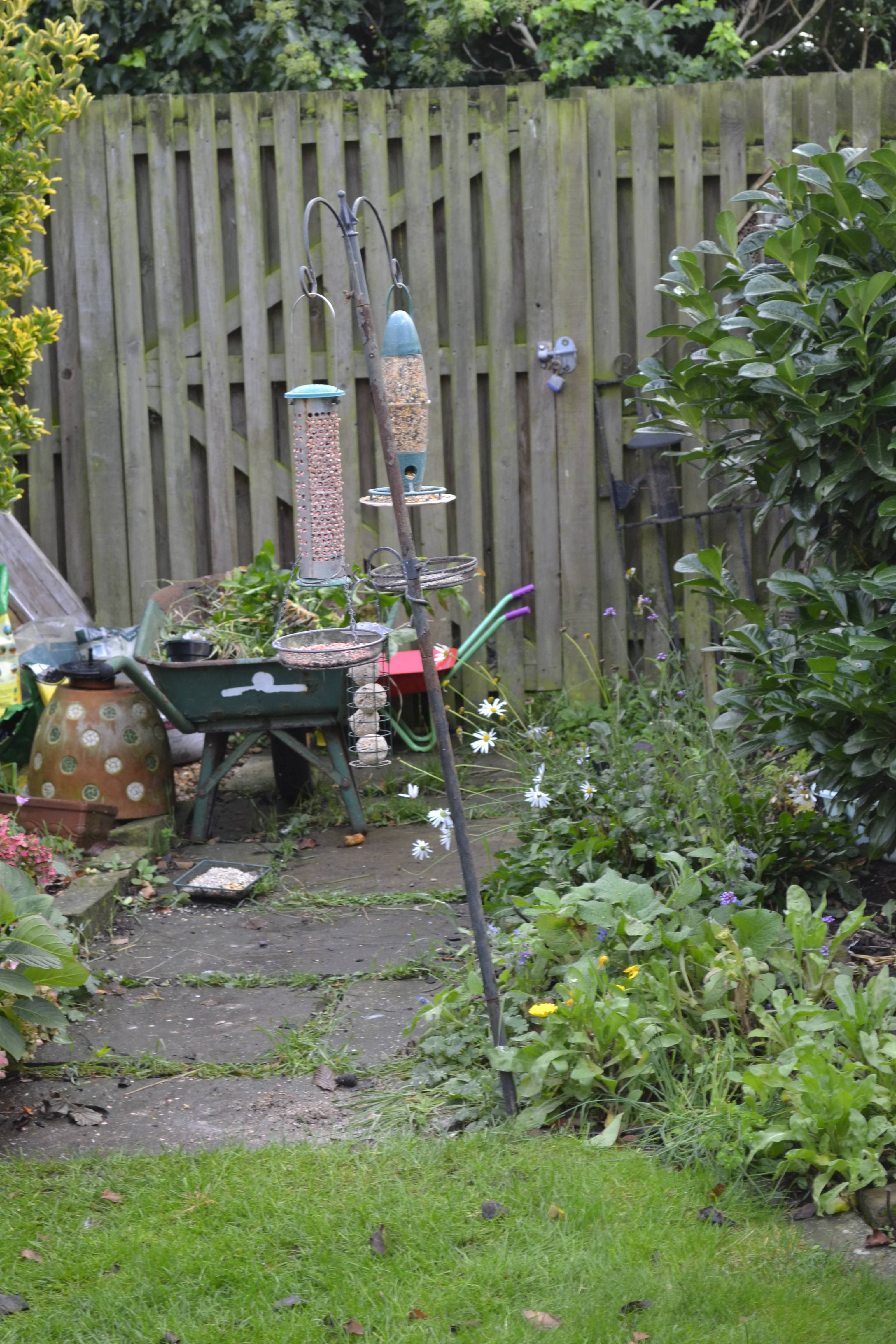 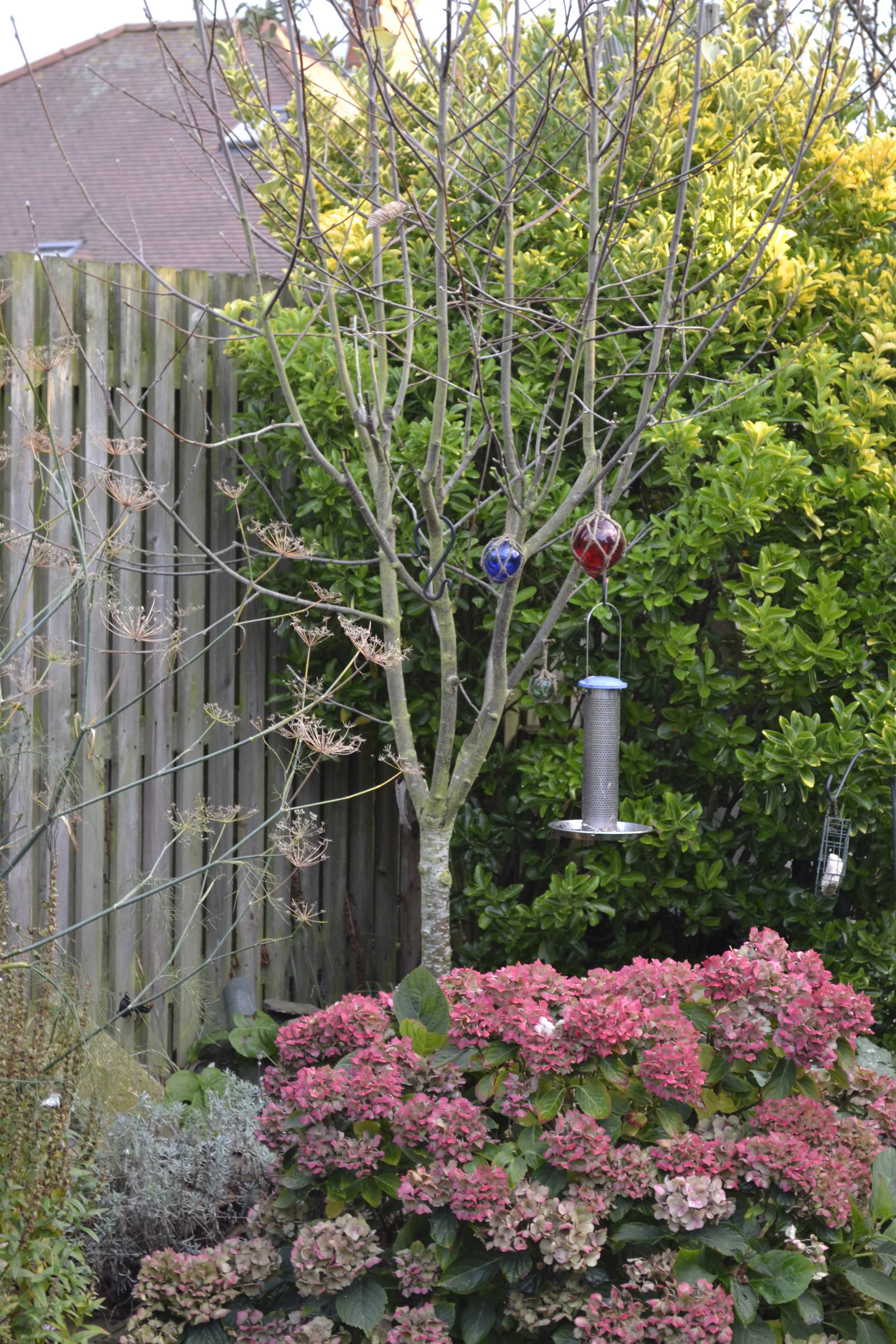 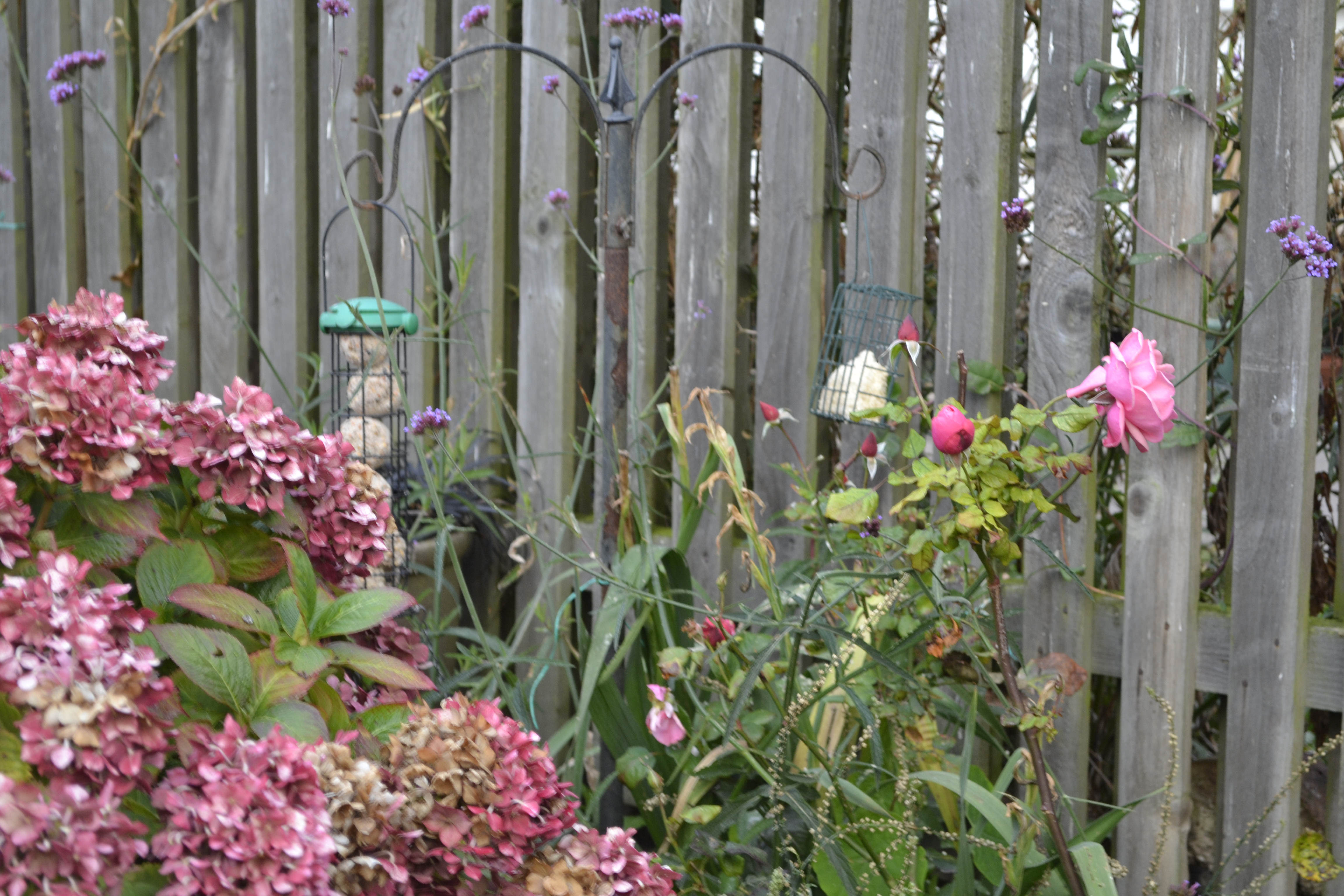 It’s that time of year where a mass number of pumpkin are killed in the name of All Hallows Eve. Landfill will be swamped with pumpkin carcasses. I am going to wash my seeds and dry to leave for the birds. Apparently, a number of birds and small mammals will eat them. Alice didn’t give her pumpkin much time this year. Last year she stood for ages watching, this year not so bothered. We didn’t go out for Halloween, but she has spent a lot of time dressed as Little Red Riding Hood. 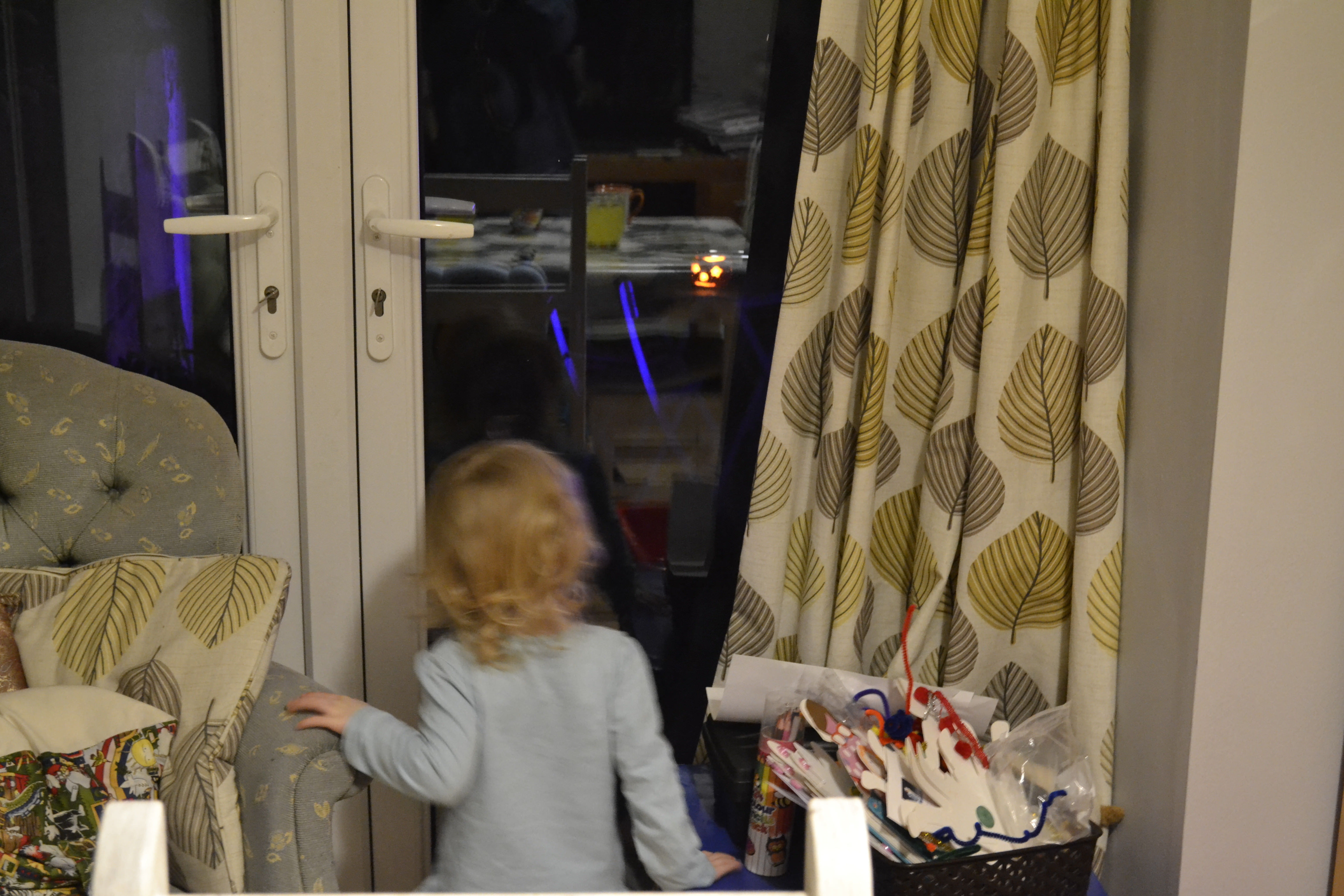 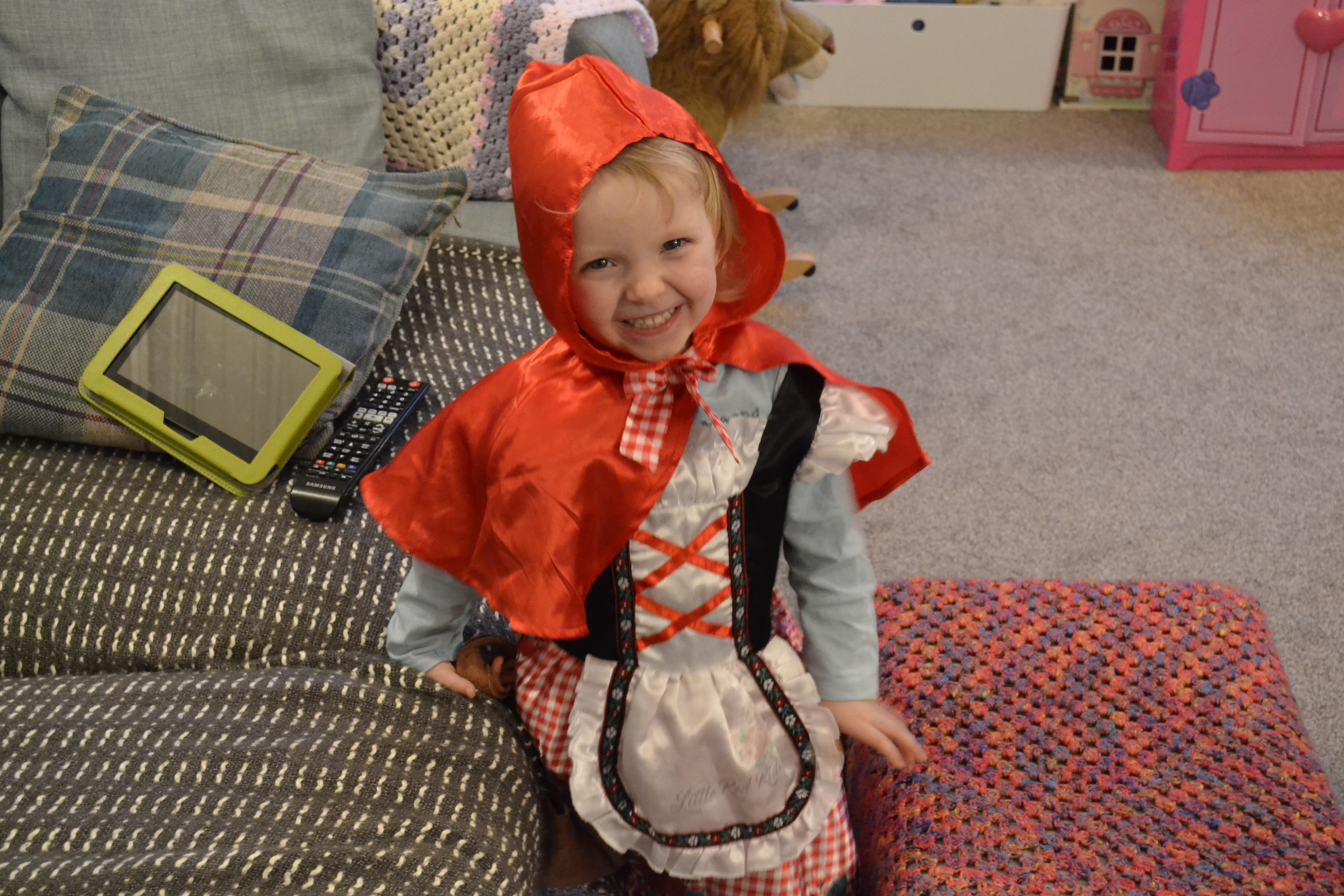 Hope you enjoy your weekends. I’ve still got the last of the Spring bulbs to go in the pots and if it’s dry enough the lawn is in need of a mow.