So, now the in-laws are officially the in-laws I thought I’d do six from their stunning garden. The garden is a three-tiered affair with a sea view. Everywhere you look you find something you want for your own garden. A lot of hard work goes into it and only choosing six is hard.

There are lots of roses coming back to repeat flower. Lots of deadheading and feeding going on. 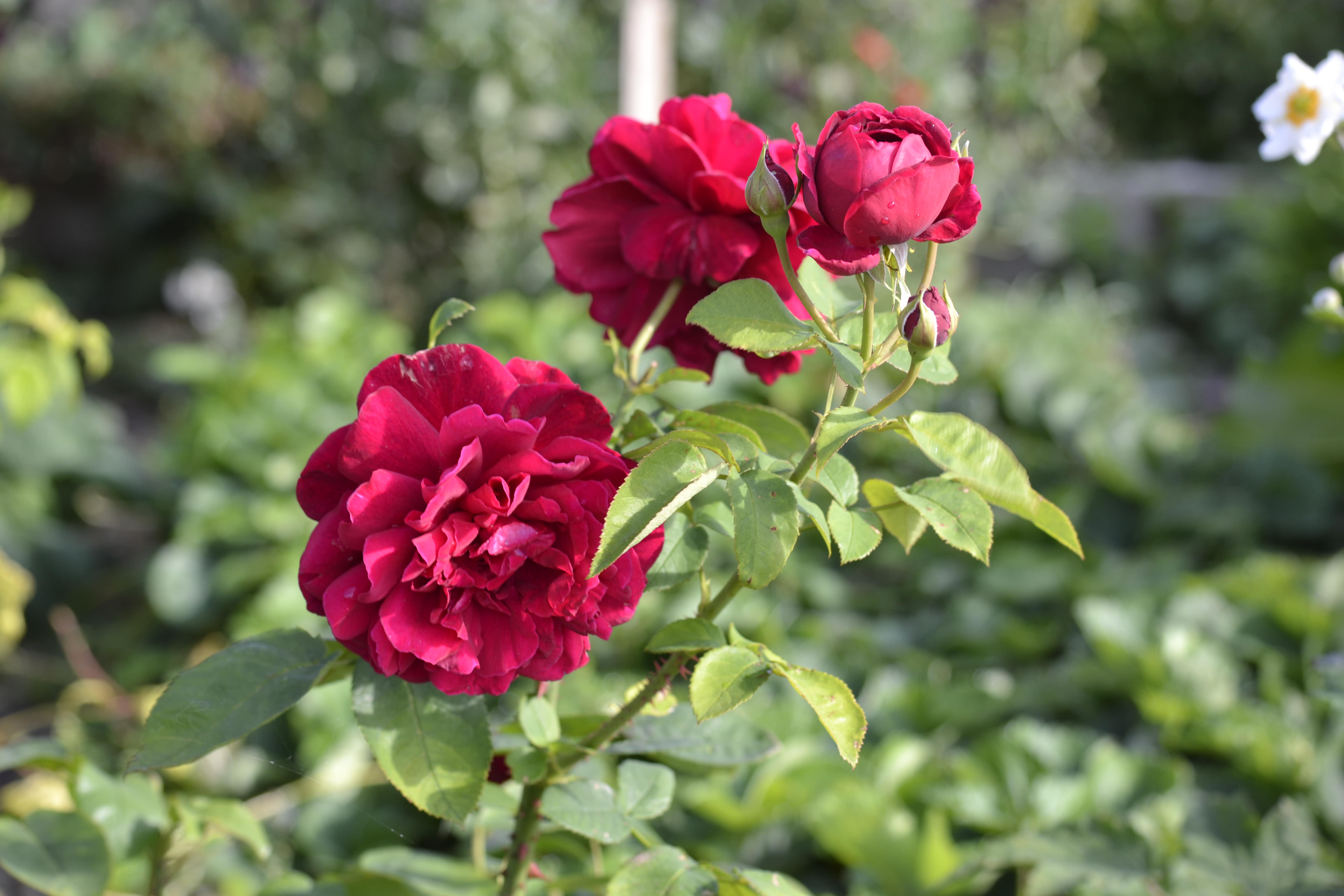 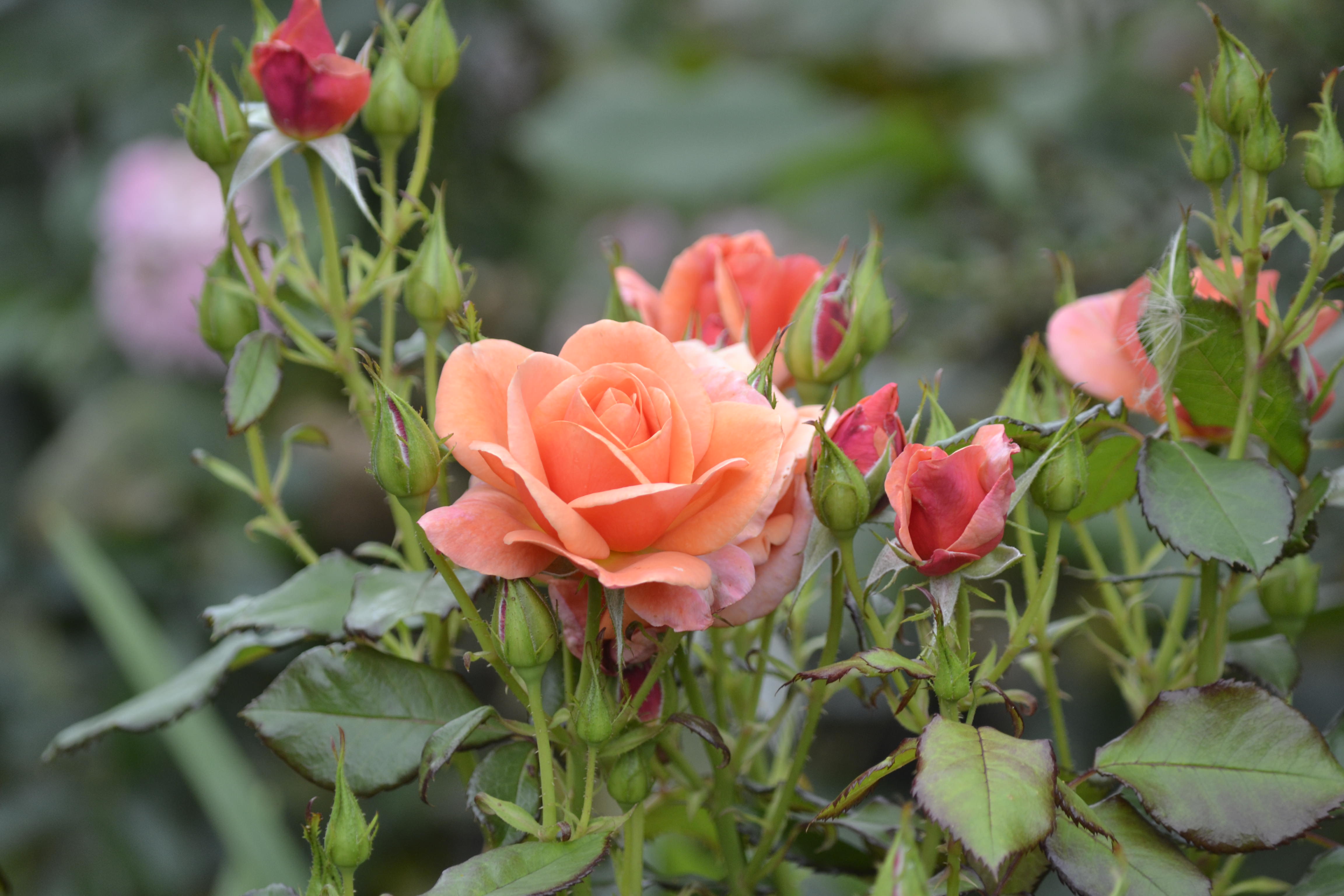 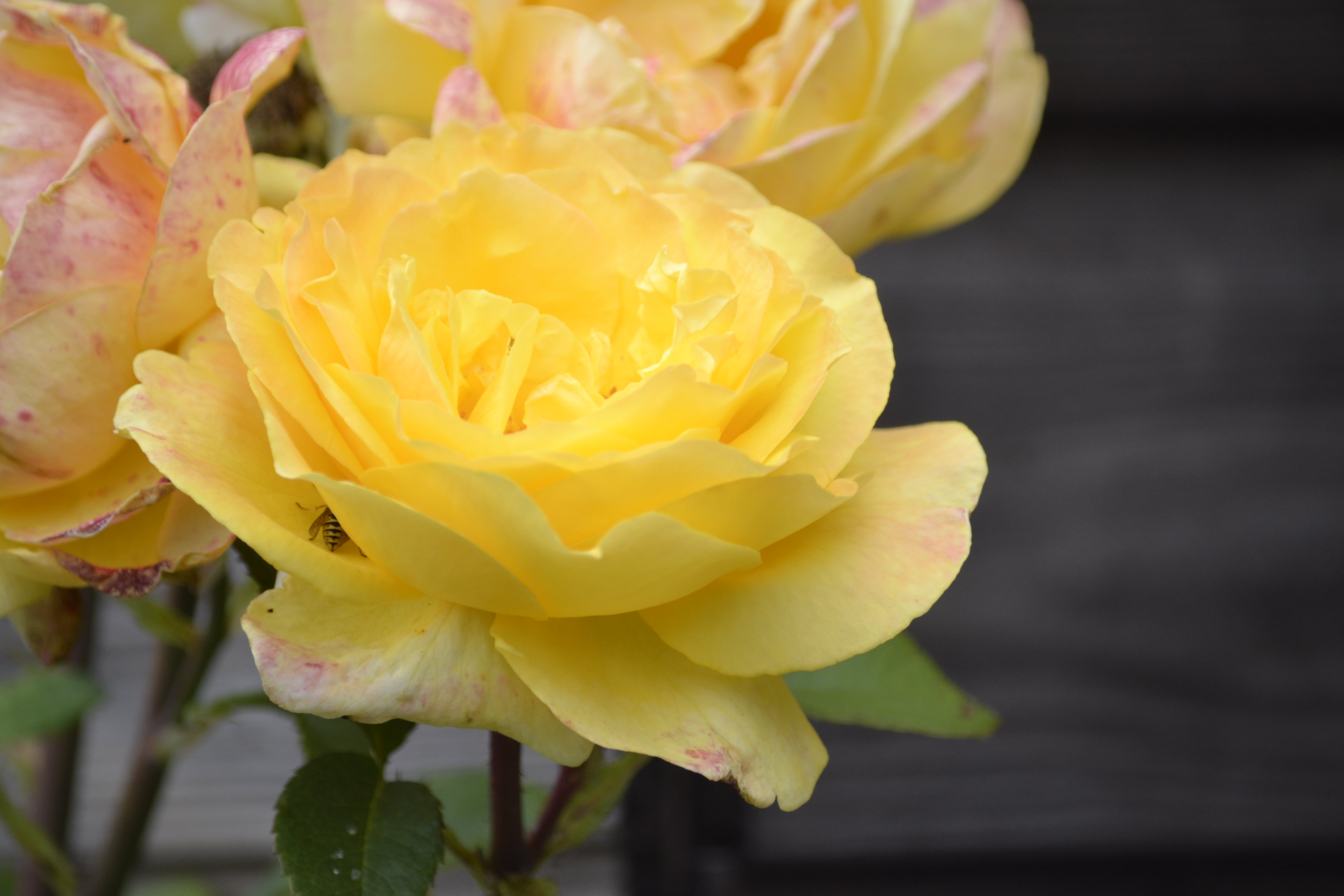 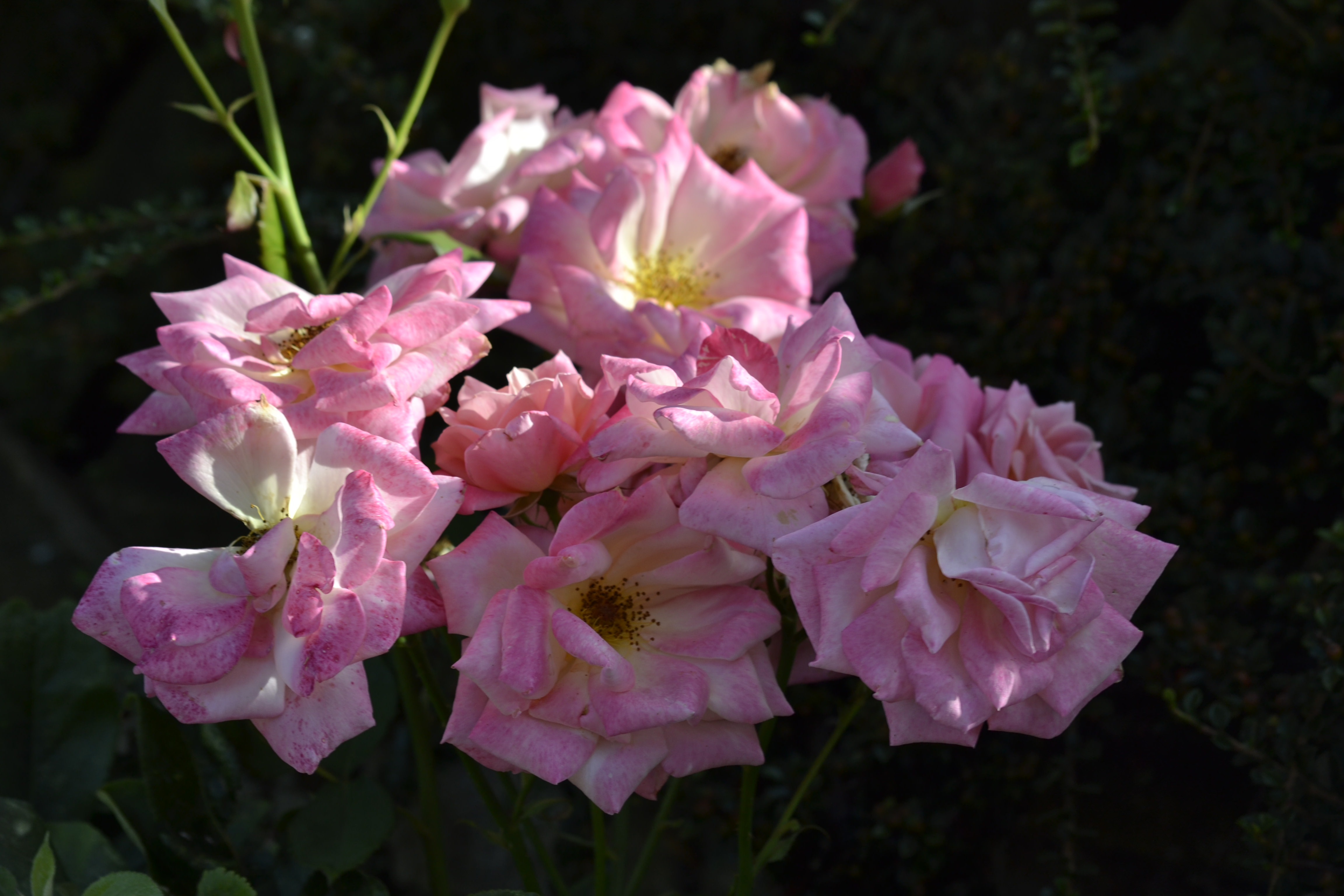 The pond was redone a few months back. A new layer was put on the bottom. The wood pile has been built up. The stone has been laid around the edge and the wildflower mix has taken off well. While it was chilly when we visited, but the insects were still loving them. 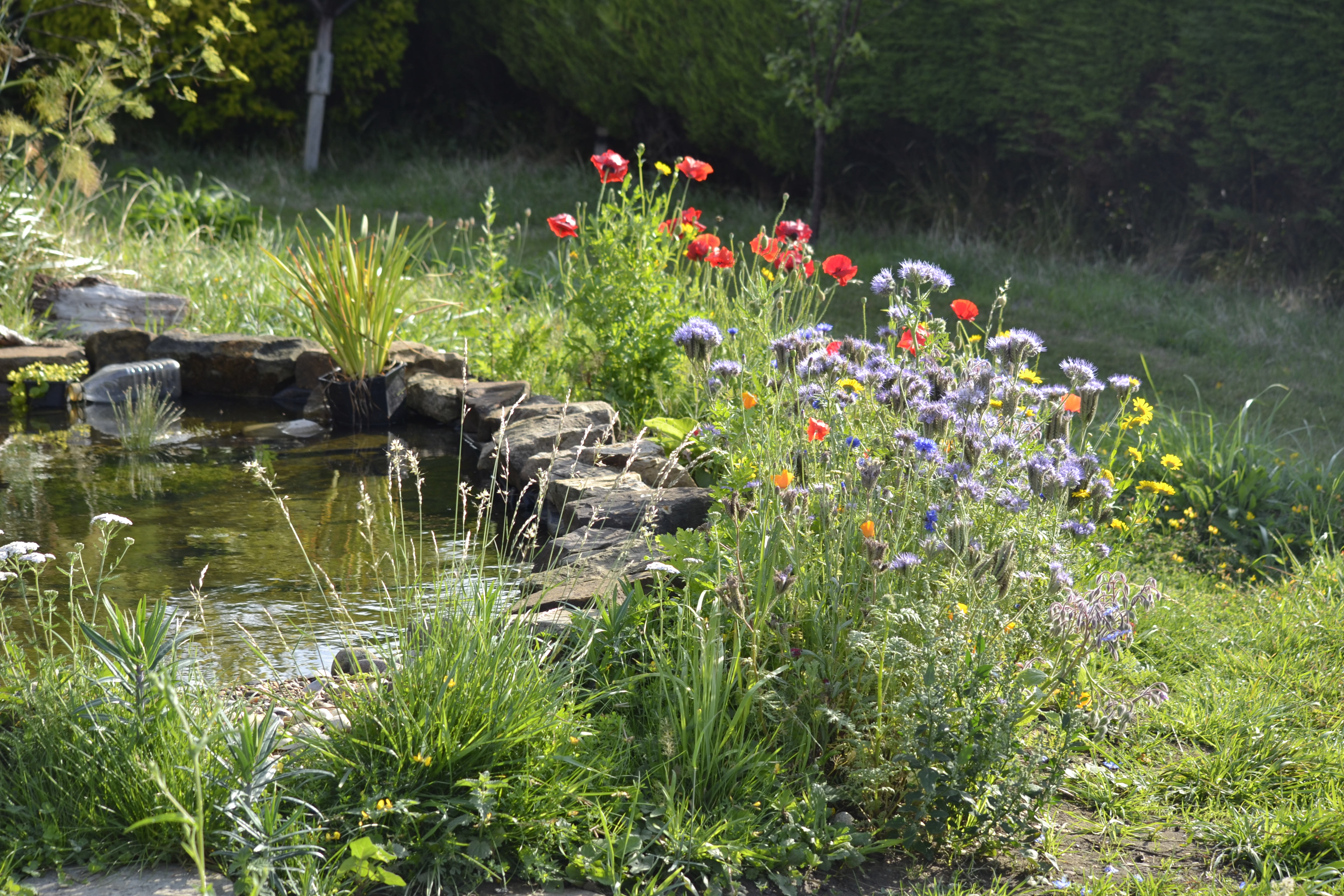 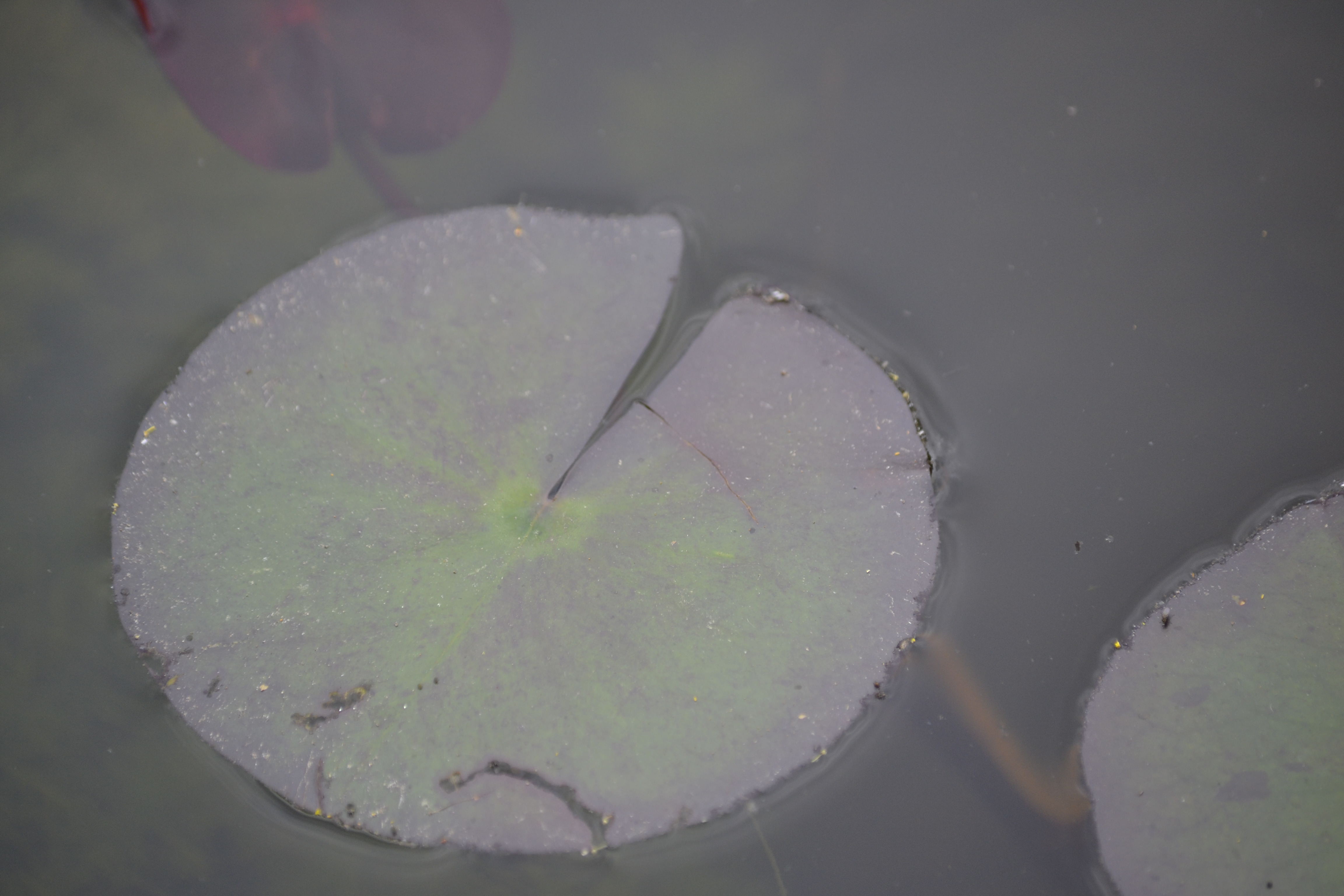 The water bottles, while not very attractive, are attached to barley straw, which has done wonders to clean the water. It is much clearer for it. 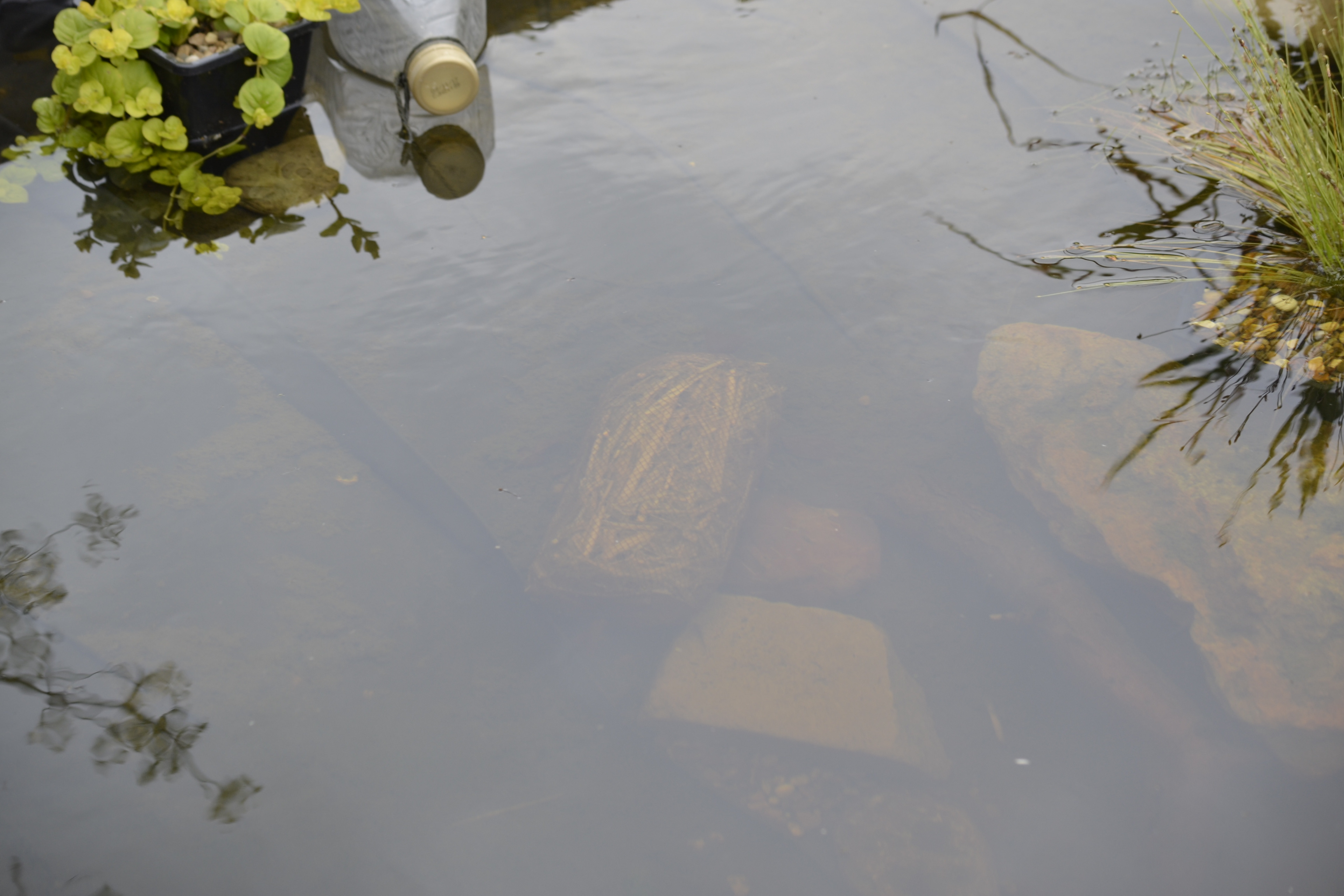 Sea holly featured in the bouquet and I want to add some in our garden. I’ve got my eye on a perennial variety from Sarah Raven. 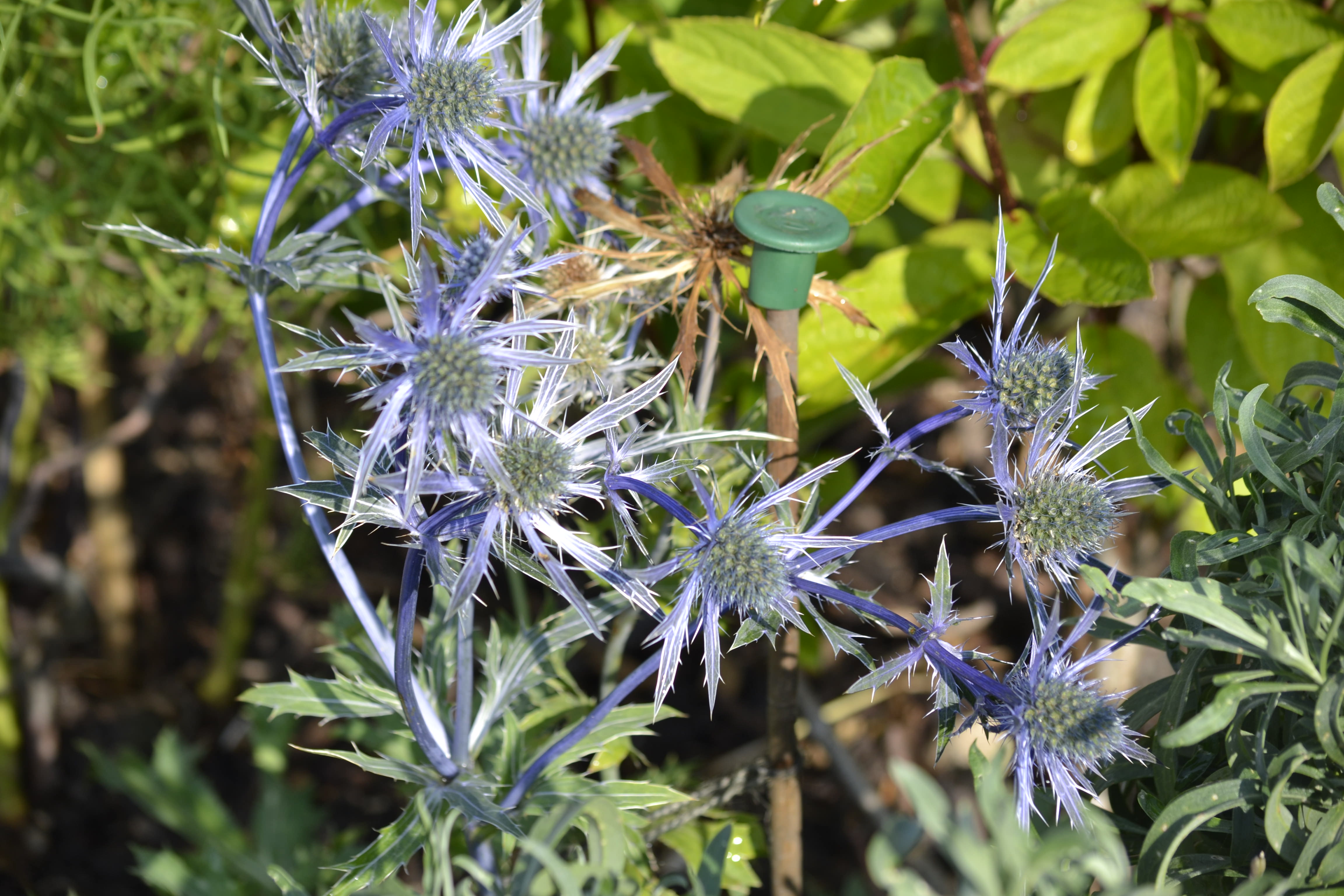 The apple trees have been trained into cordons and look much better as a result than my droopy dwarf. Amy was asking if we could do ours this way, but would probably need to start afresh to train properly. The colour of the red is rather striking as well. 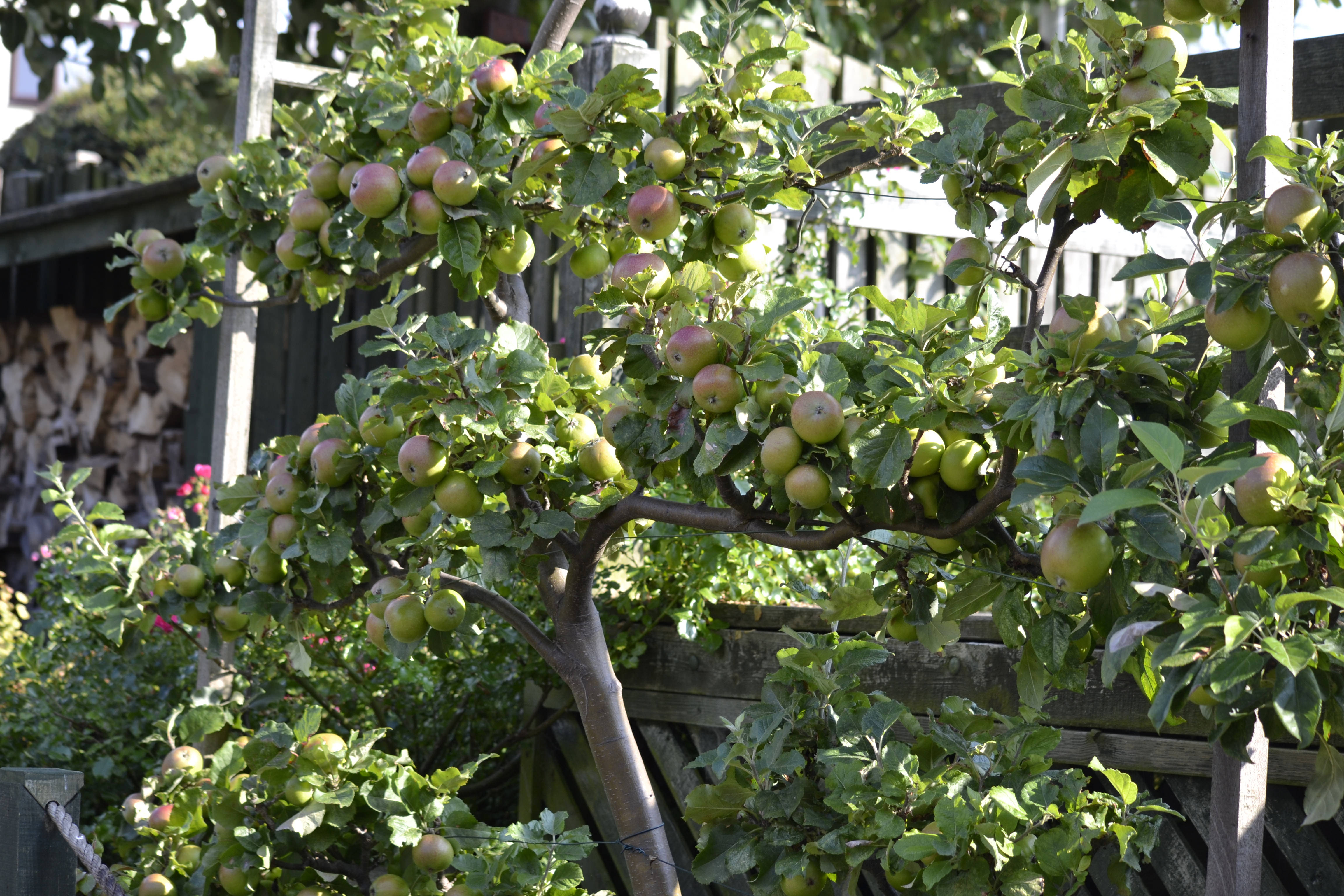 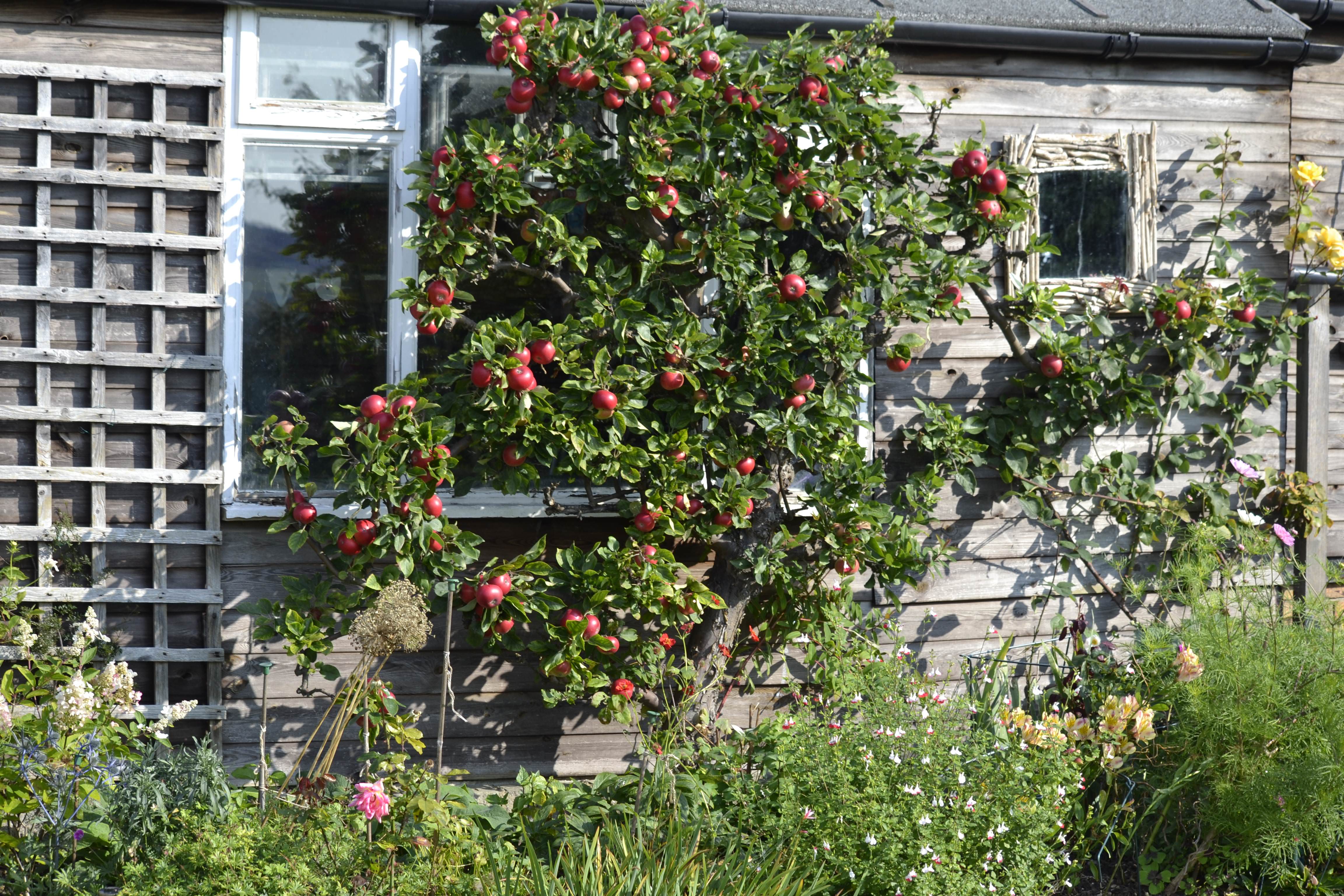 Seeing their aeonium has encouraged me to give mine a bit of care. I didn’t bring mine in over winter as we didn’t have a decent space and it was devastated. It held on though and is forming rosettes again. It’ll need bringing in though if I want it to survive another year. 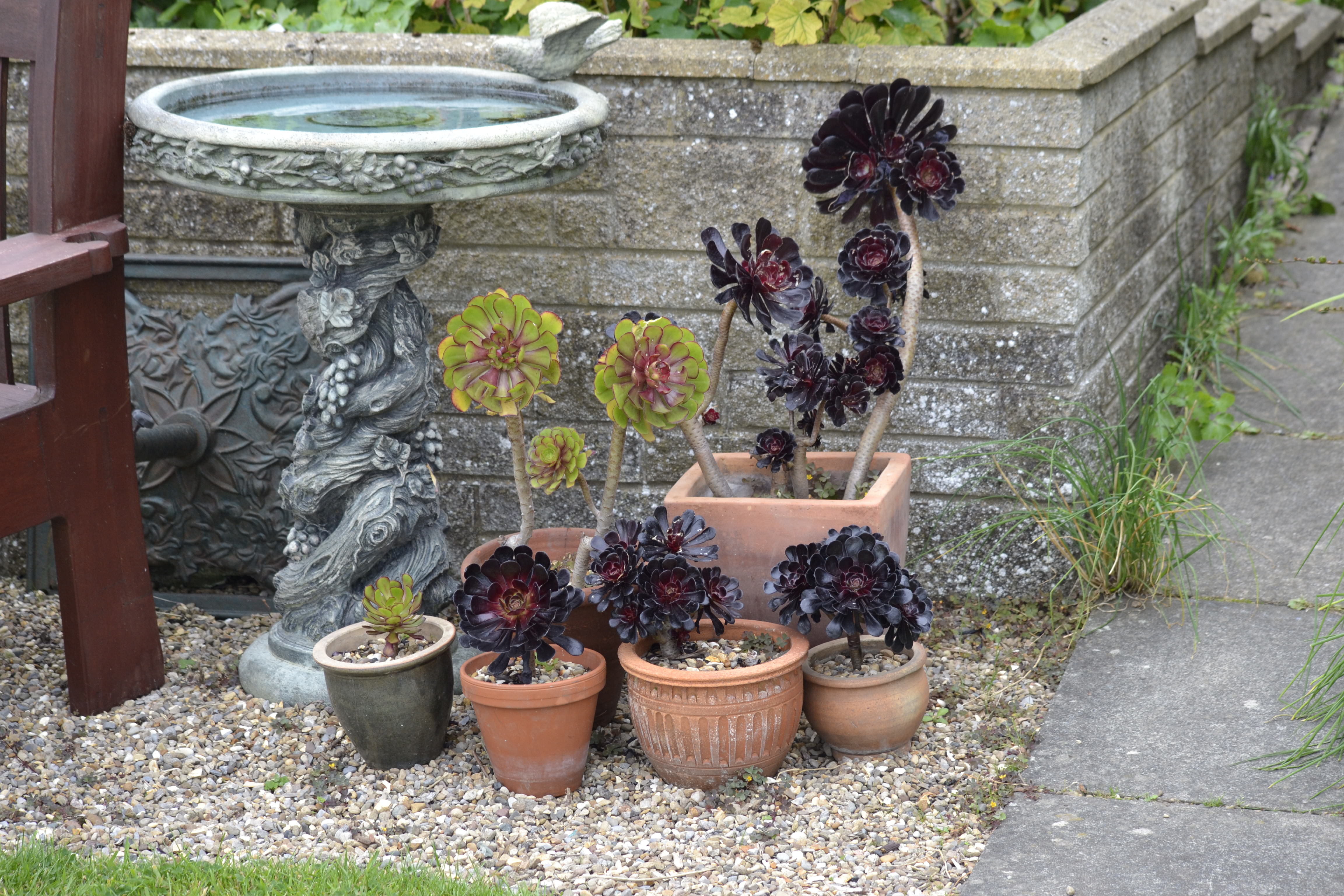 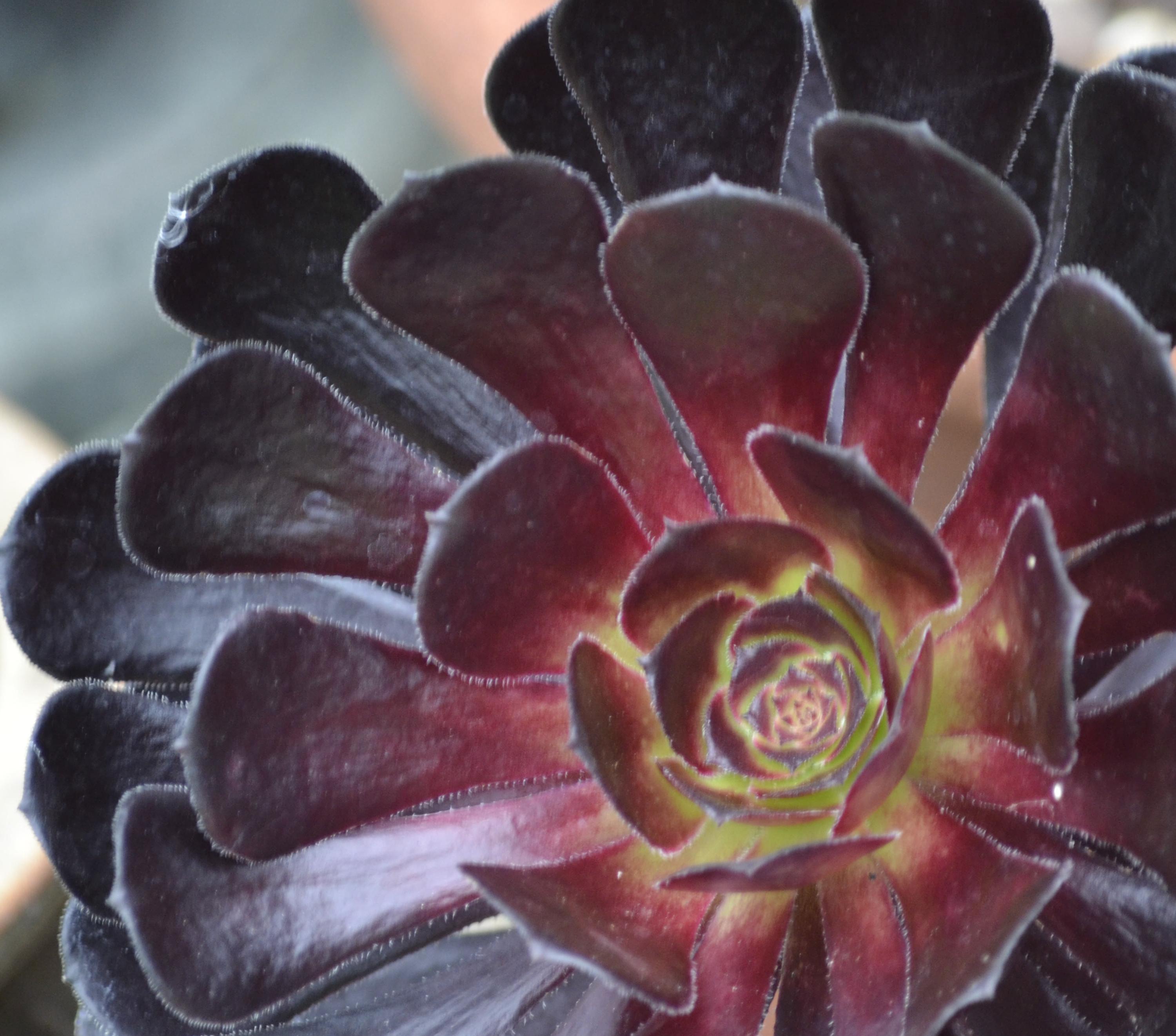 The sedum are coming into flower. I have a few patches for Autumn colour, but I’m liking the rich dark-leaved varieties in the in-laws garden. Tempted to seek some out. 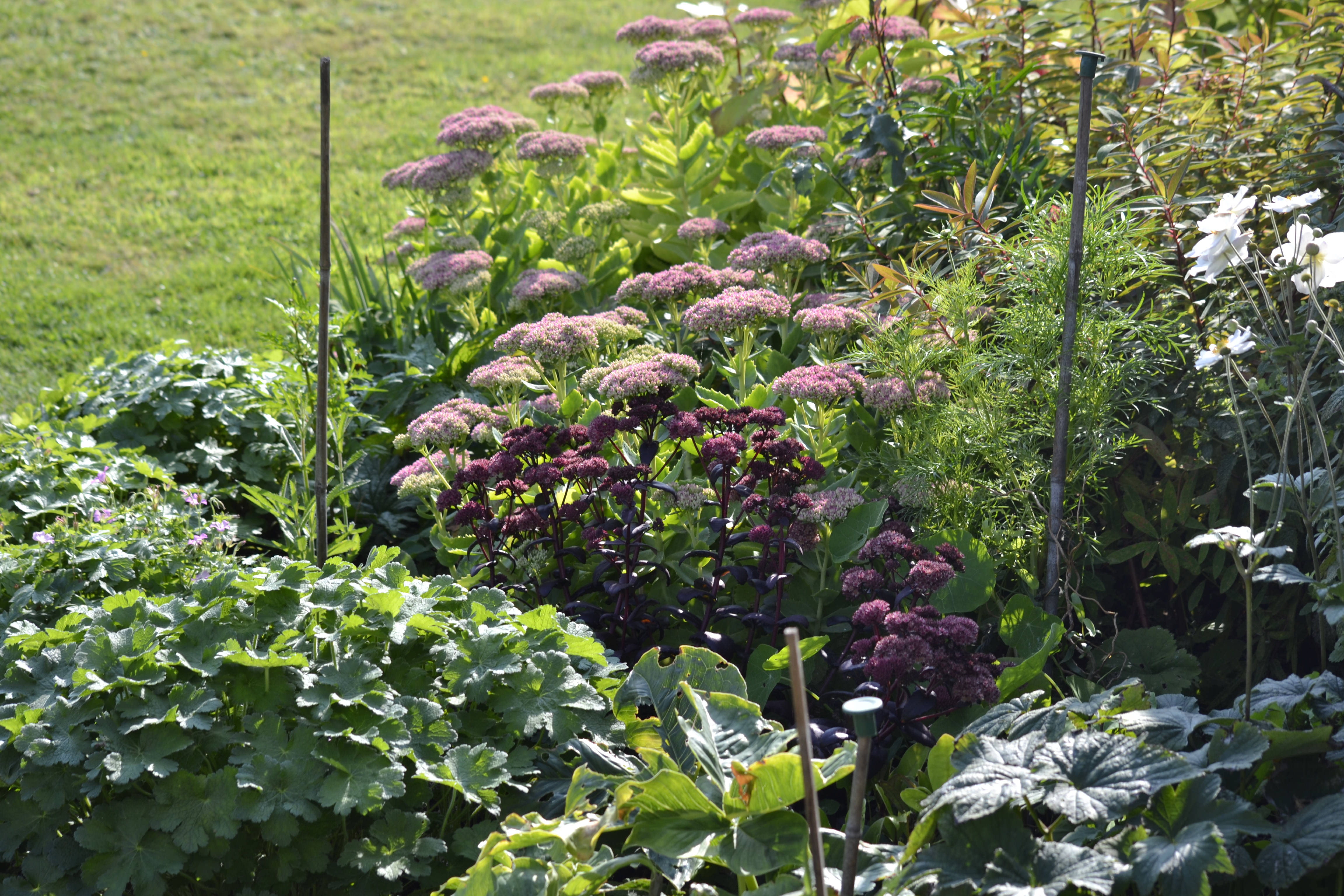 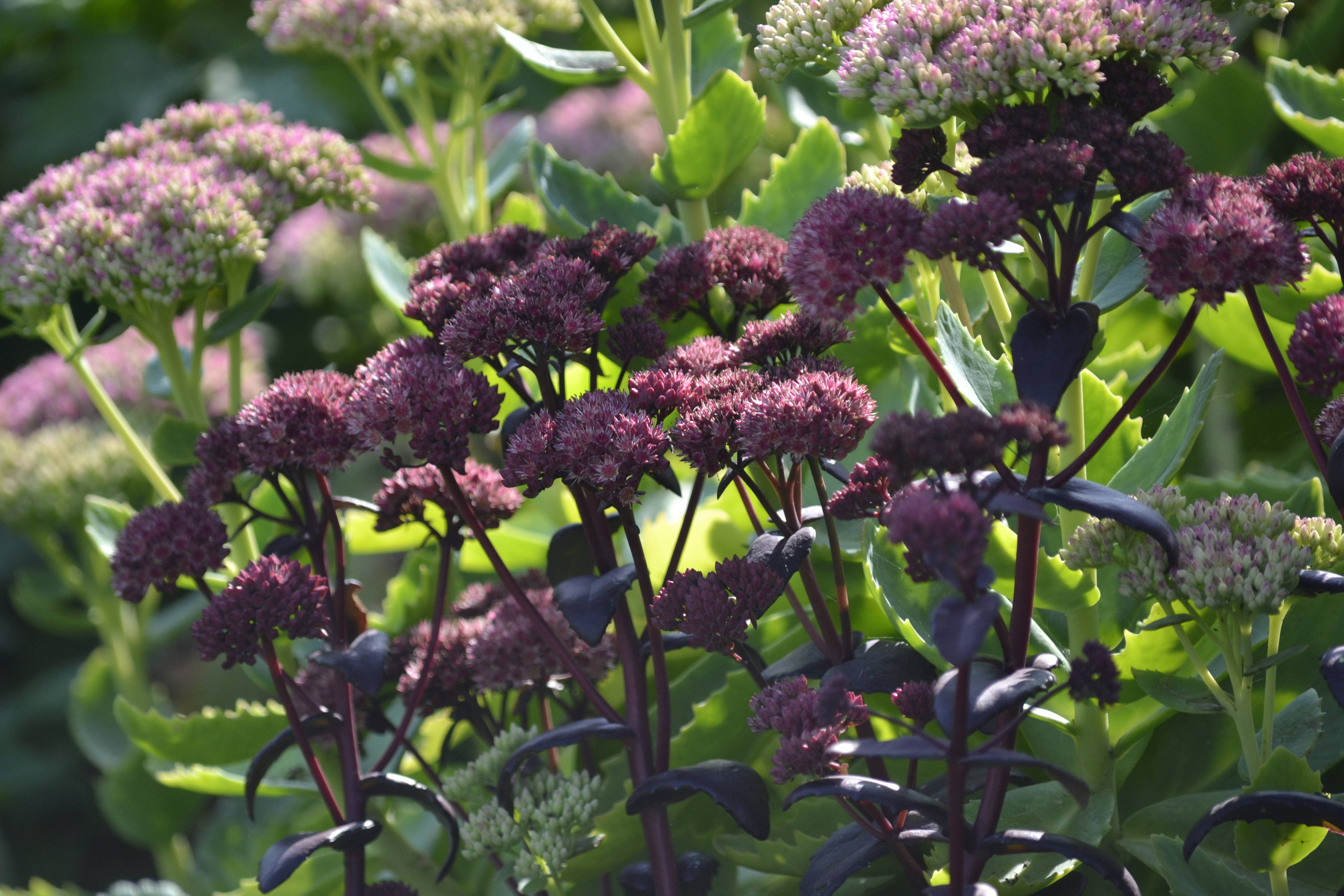 I hope you’ve enjoyed seeing a different location for my six on Saturday. So many I could choose from.

Just a reminder that I have a competition running to win the expert guide to houseplants. Check my Twitter pinned post to see how to win.

14 thoughts on “Six on Saturday: six from the in-laws”