A further week of brilliant sunshine is leaving the lawn a bit parched, but seems to be doing better than surrounding gardens. I think my garden has a bit more shade for more of the day than neighbours.

This red house leek has flowered this year. The small flowers stretch out from the main plant. This will then die off after flowering. Luckily the runners are established in other pots to replace it. 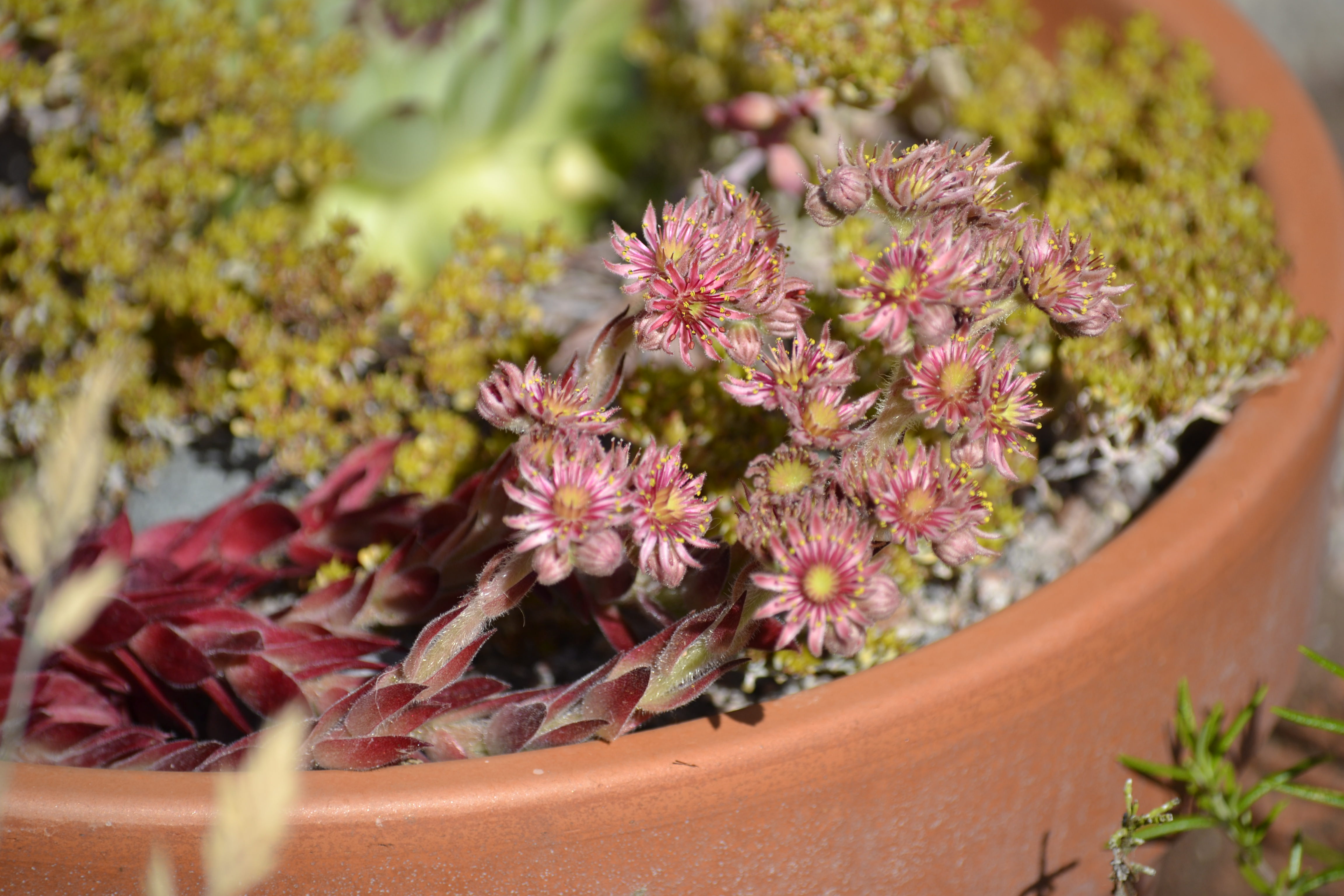 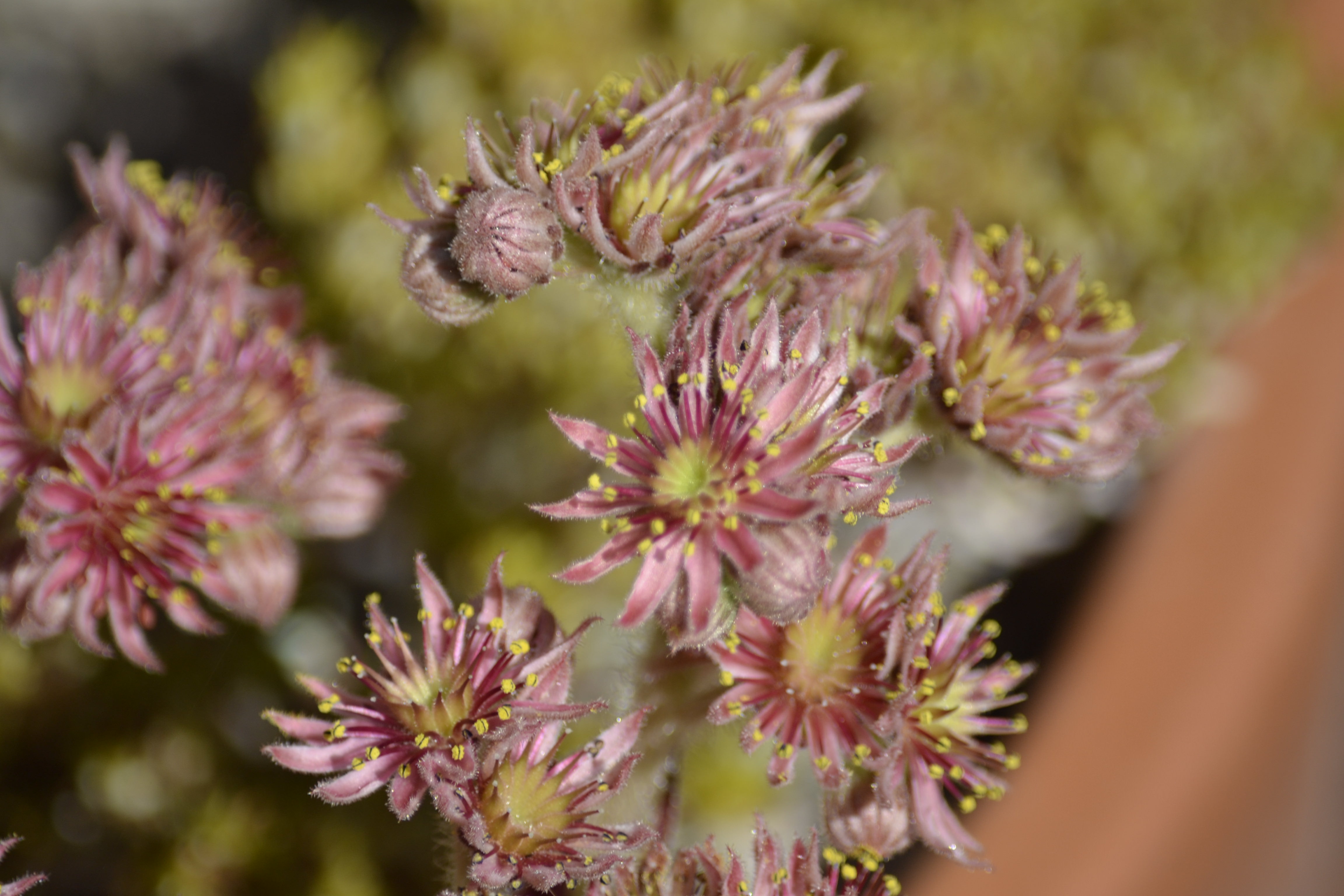 These were grown from free seeds with a magazine. They’ve been well chewed, but a pleasant space filler. The pale yellow flowers are a nice contrast to the pink rose behind. 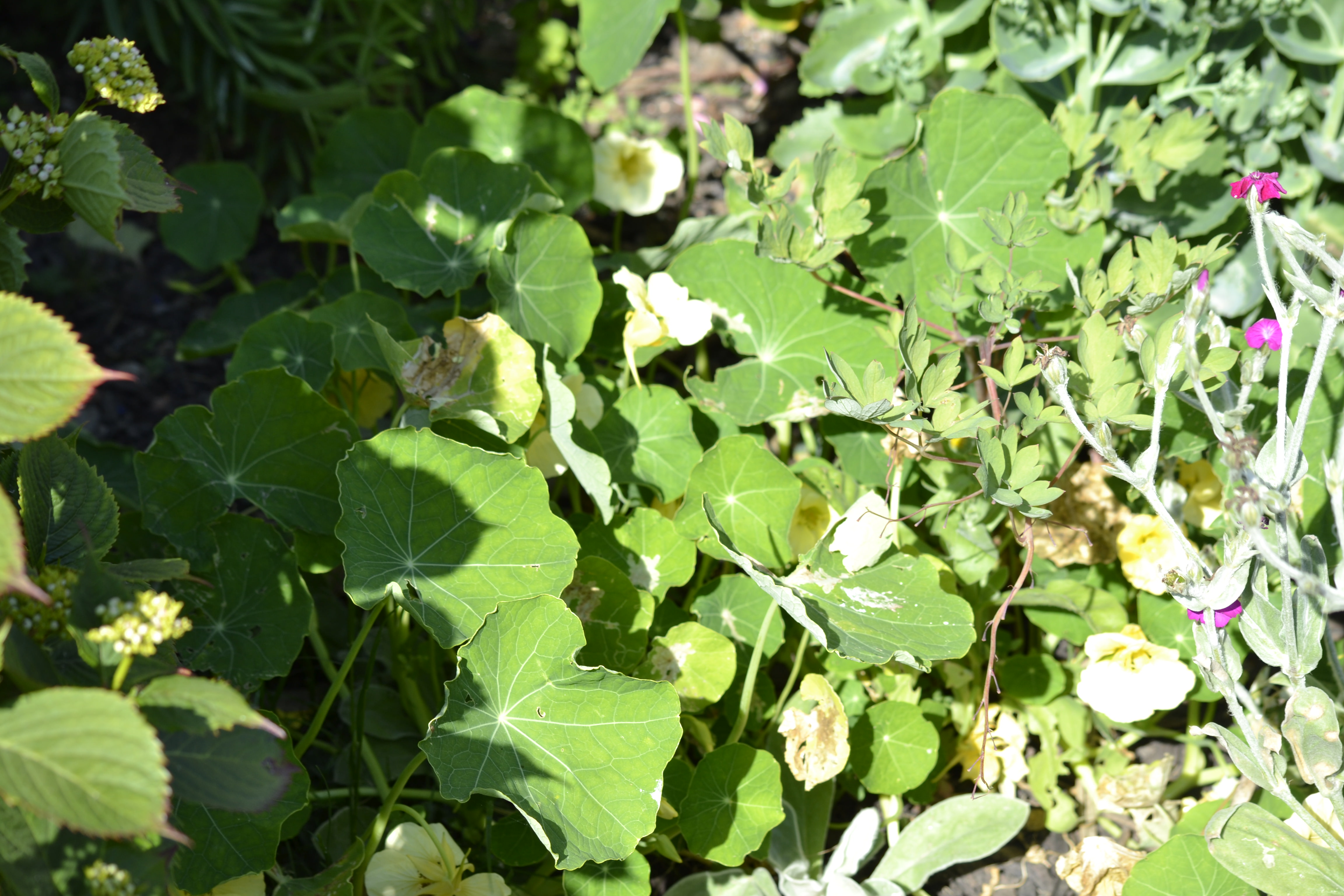 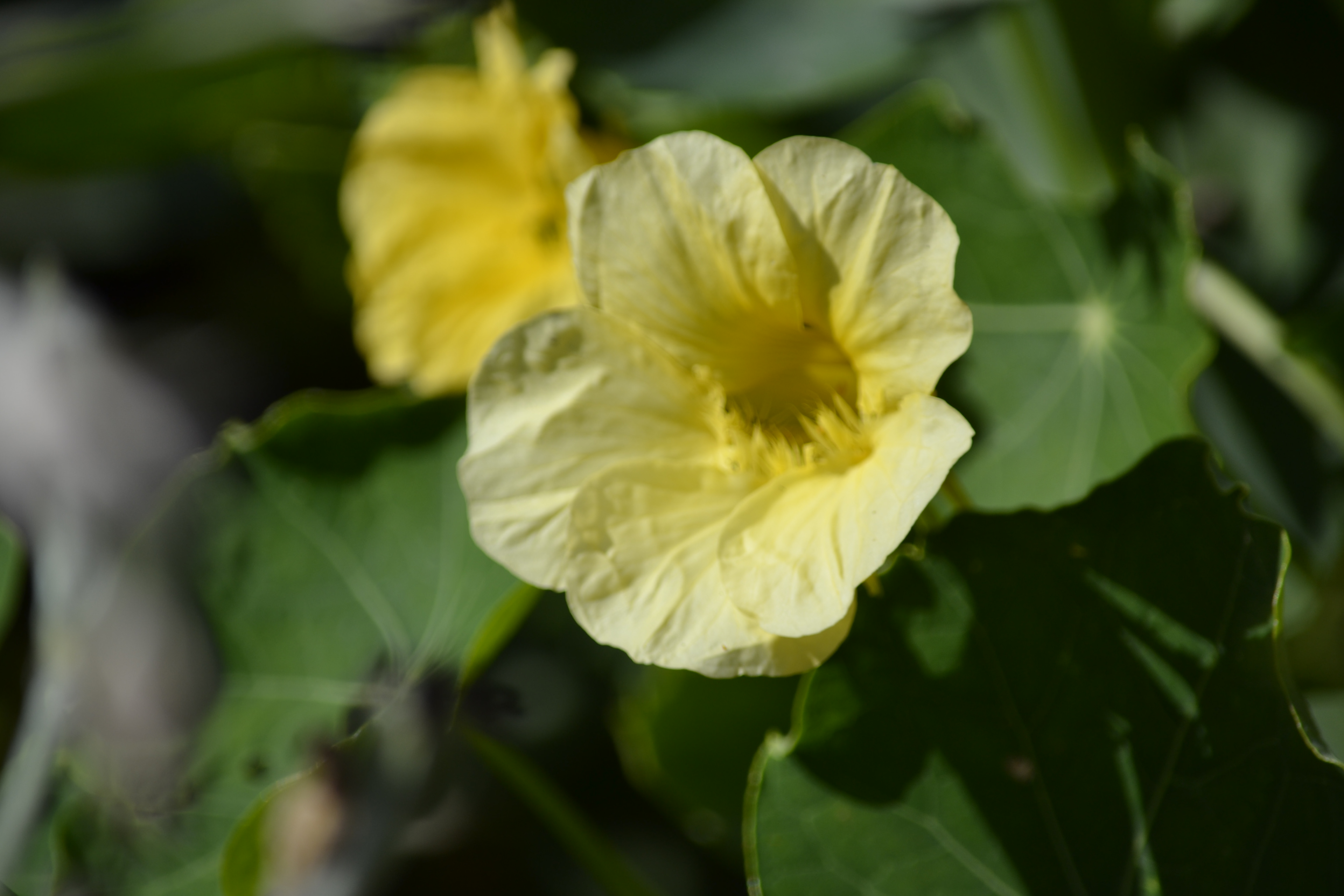 I think this is lady’s mantle. My mum thinks she planted it, but it grows all over the area so may be self seeded. It offers foliage around the lavender and then small pale green, almost yellow flowers. 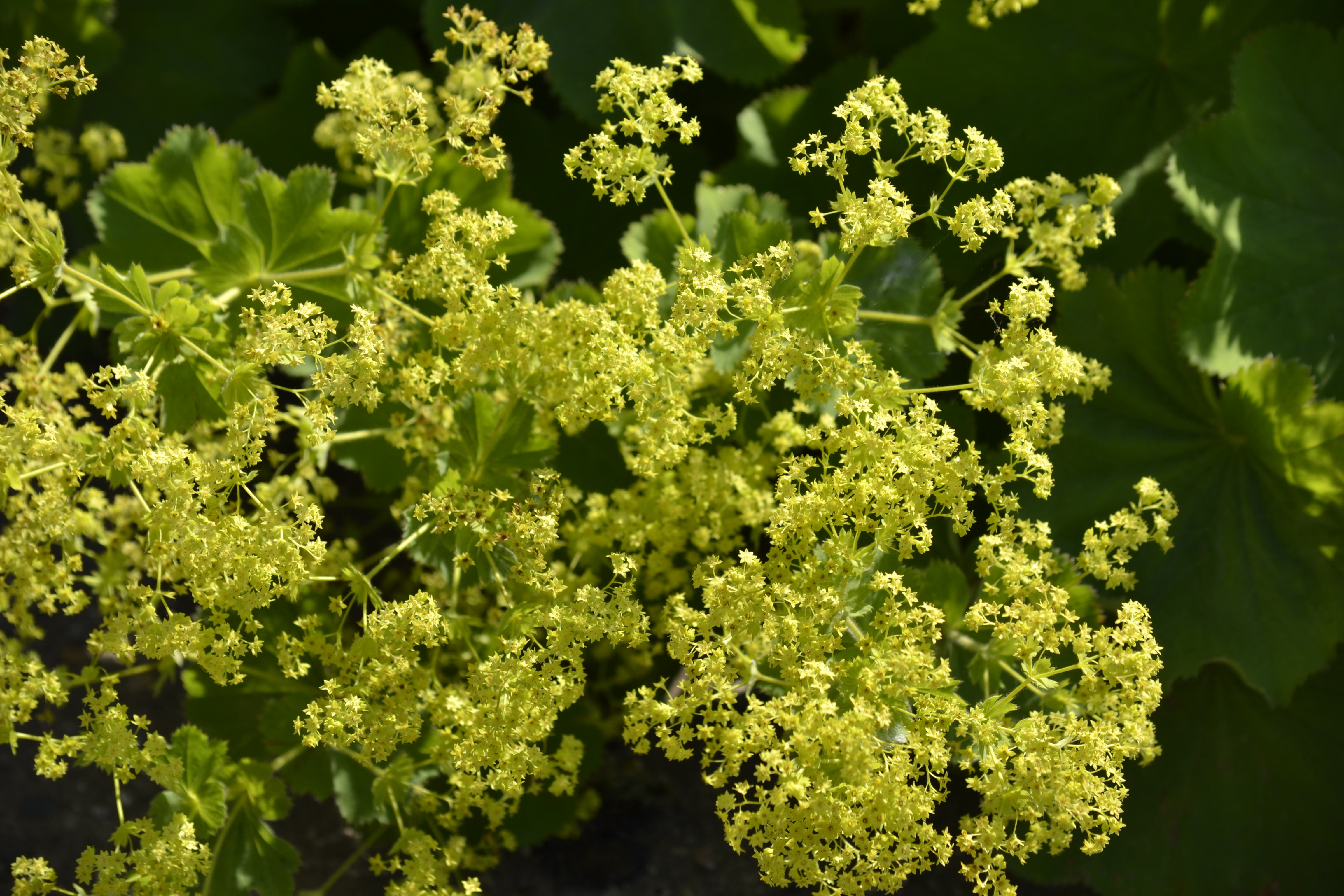 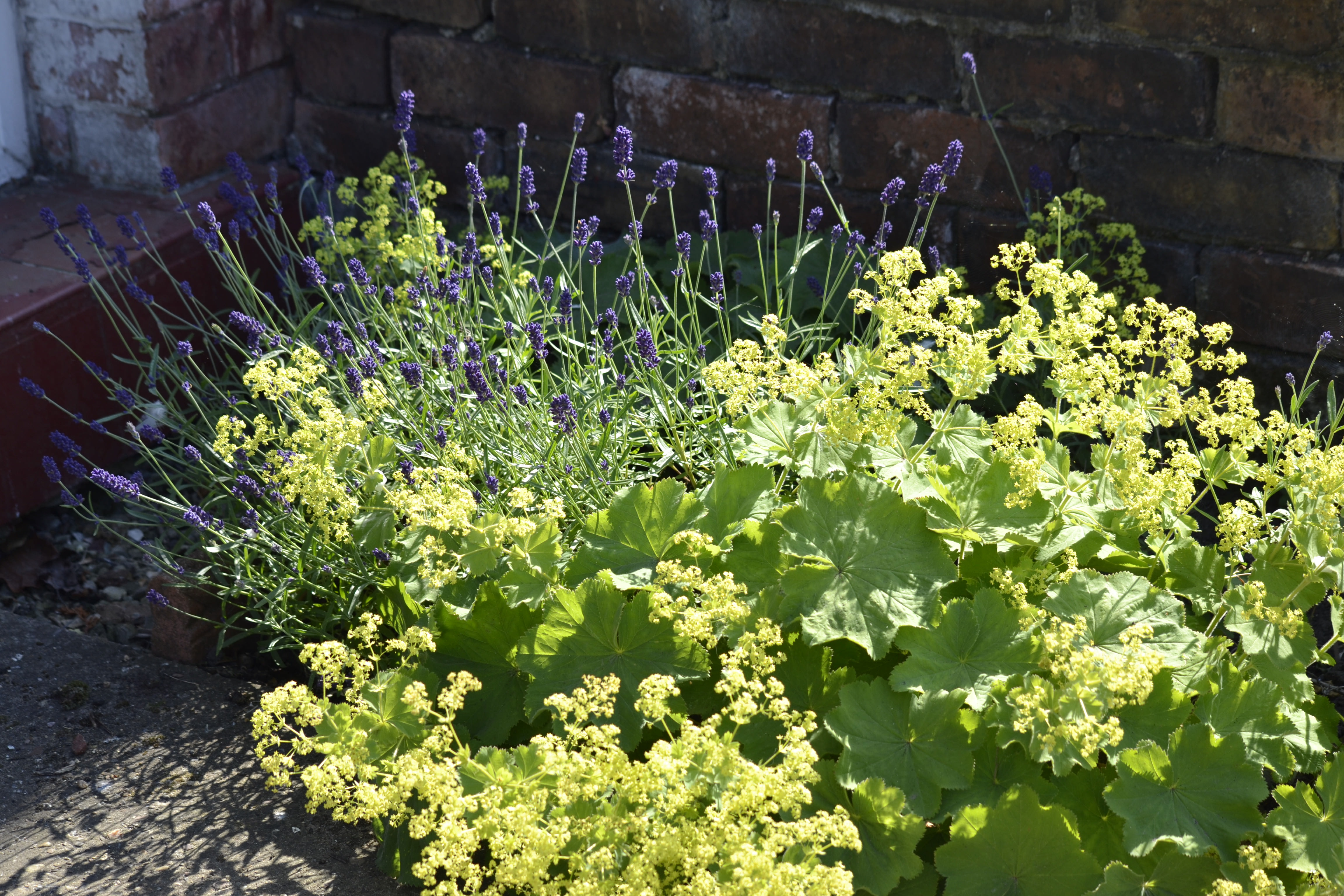 One from inside. This Peace Lily’s roots were completely pot bound having circled the pot several times. Its phototrophic growth had led to it growing hunched over on one side. I’ve potted it on and cut back to get it straighter again. Hopefully grow back again better for it. 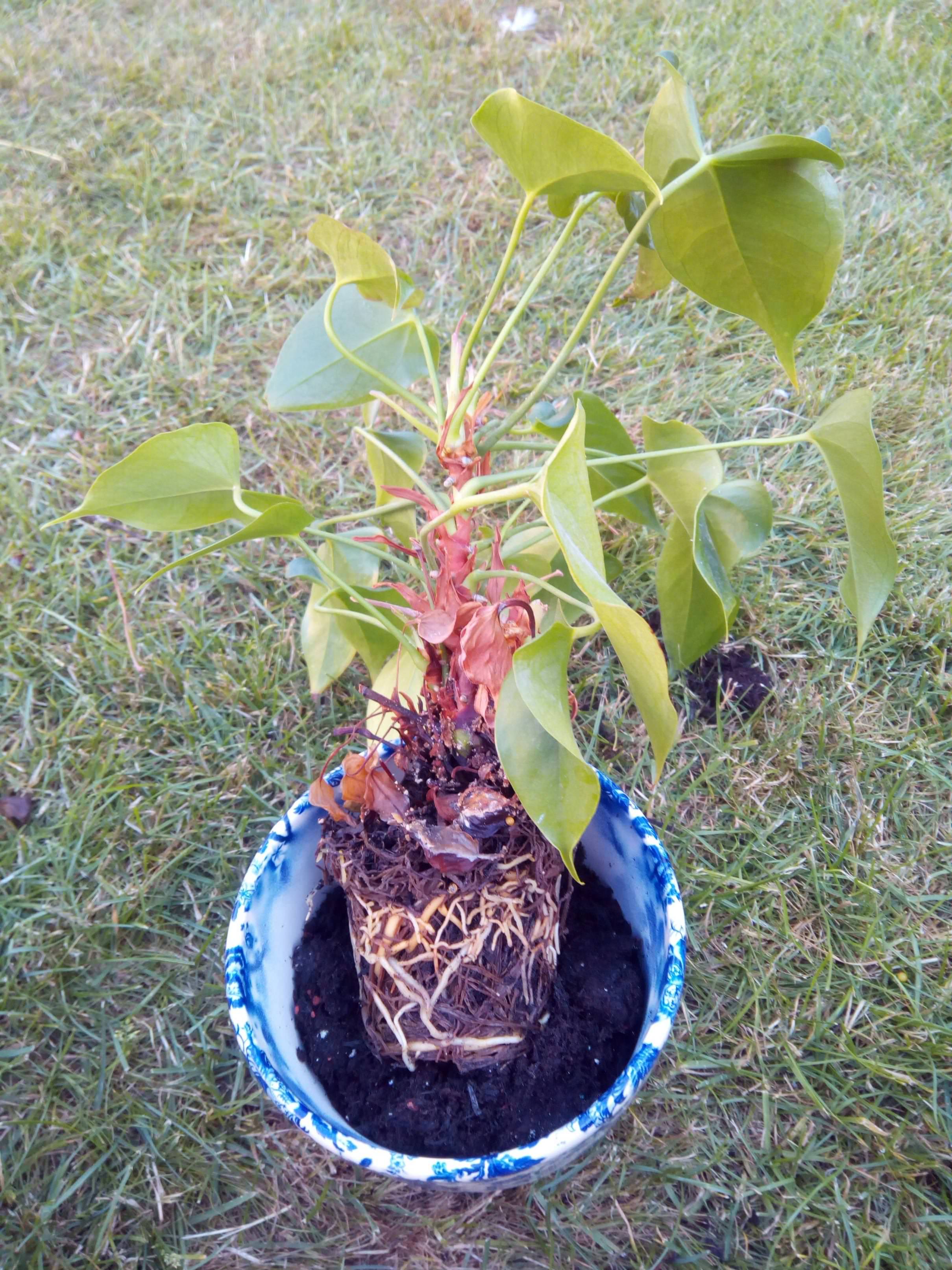 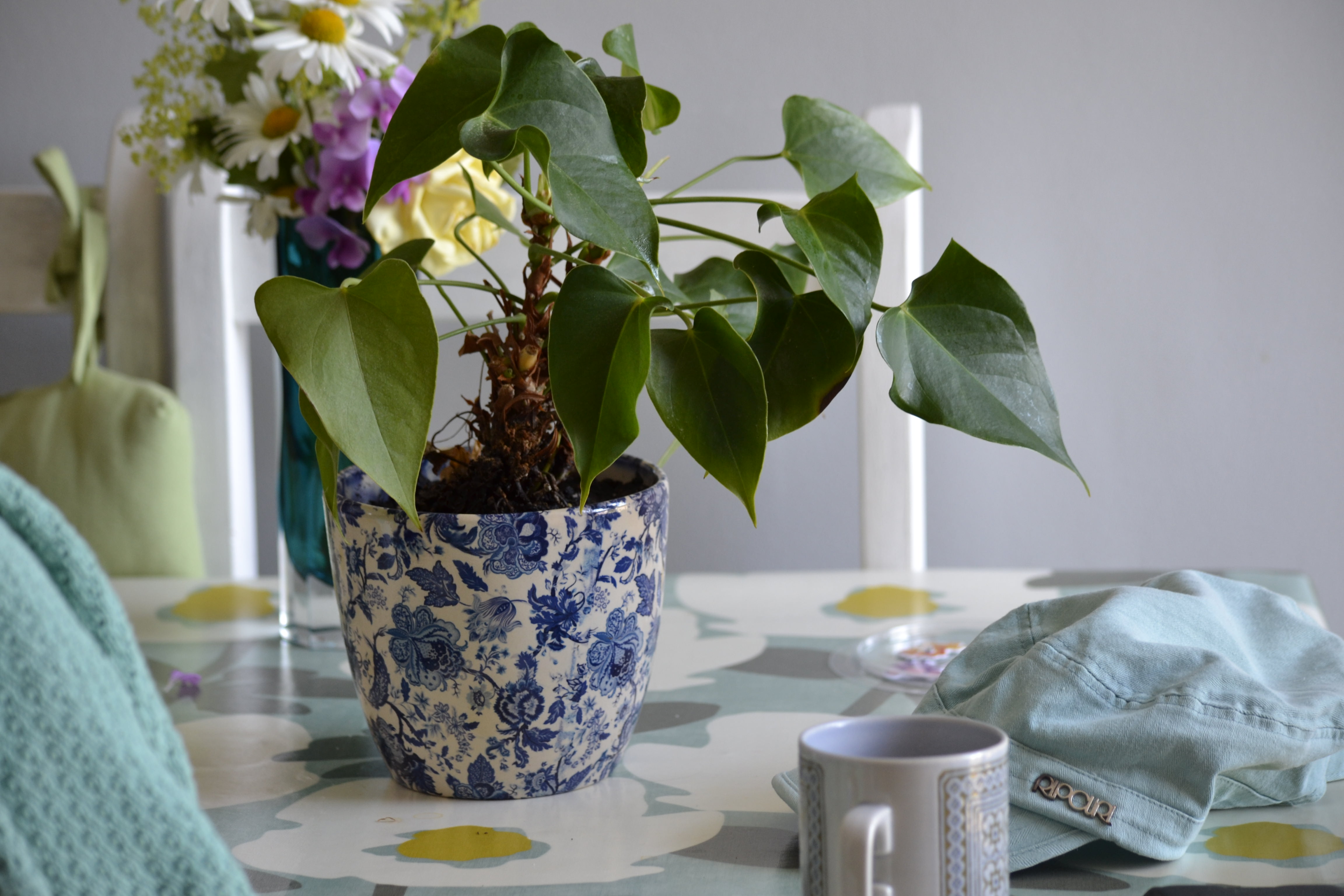 I’ve given the bench a lick of paint. A clean, a sanding, and a fresh coat of paint has done it a world of good. 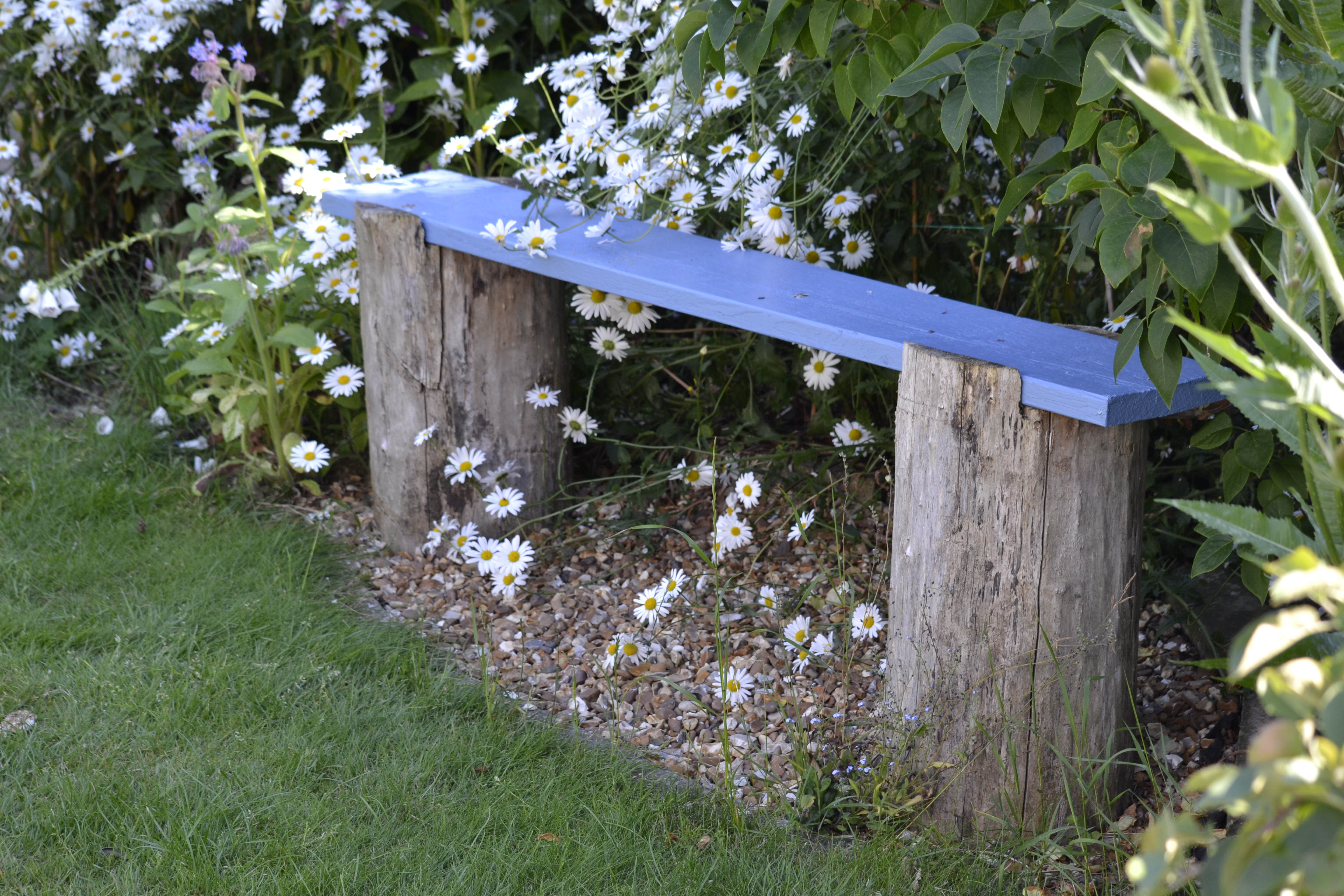 The last week has seen a mass invasion of these moths. Apparently every few years there is an influx of these moths. The caterpillars live of nettles, which grow behind our garden. They are particular a feature on the East Coast where we live during these influxes. 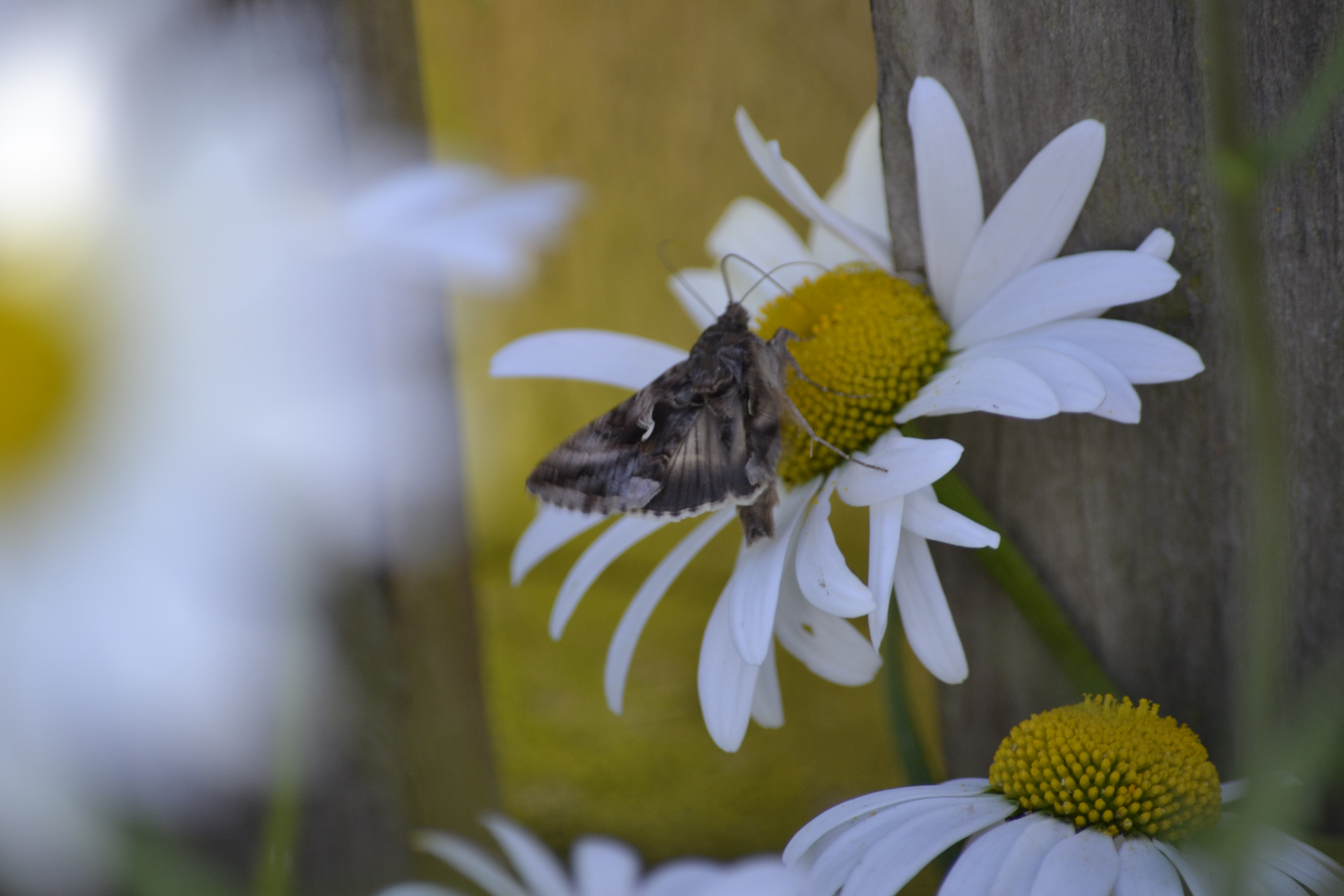 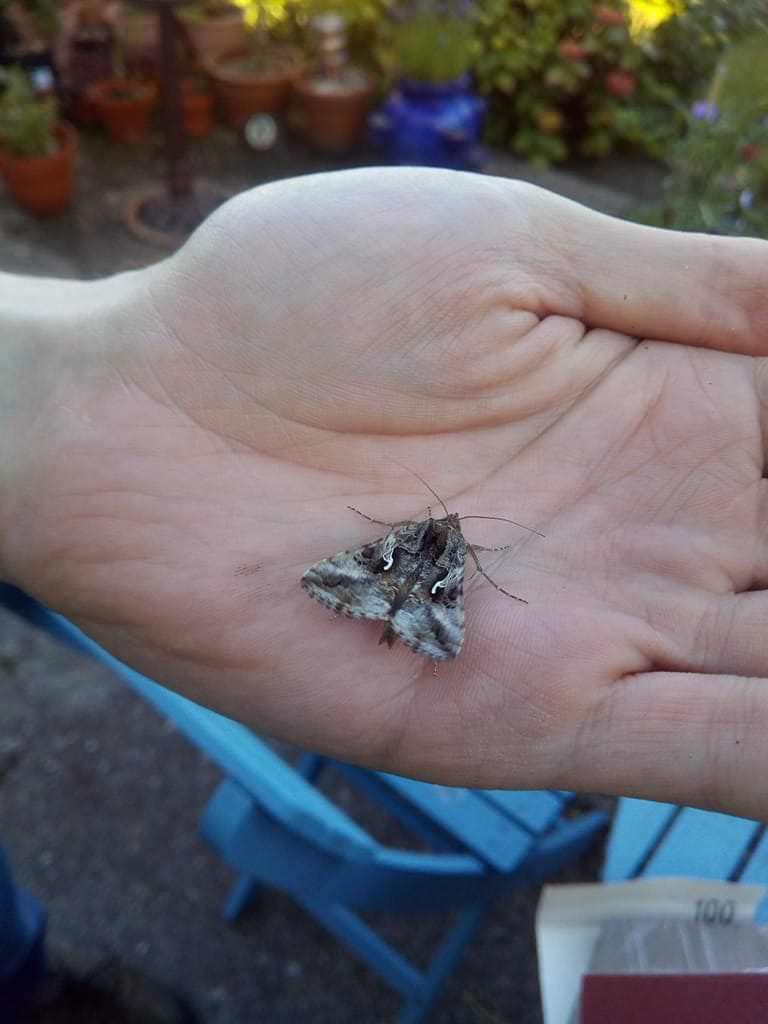 Hope you enjoy your afternoons whether out in the gardens avoiding the football or in watching.