Well a week of sun and then heavy rain has really brought on the garden. The grass is looking lusher and the shrubs leaf buds have opened bringing the rich green back. Lots of flowers that have been on the point of opening for several weeks are now open.

After several weeks of seeing other people’s spectacular tulips my own have finally opened.

The eagerly anticipated black parrot tulips have opened revealing their magnificent shades of purple into black. The frilled petals are nice contrast to the more popular rounded edges of my other tulips. I think next year I may try further variations of petal types. 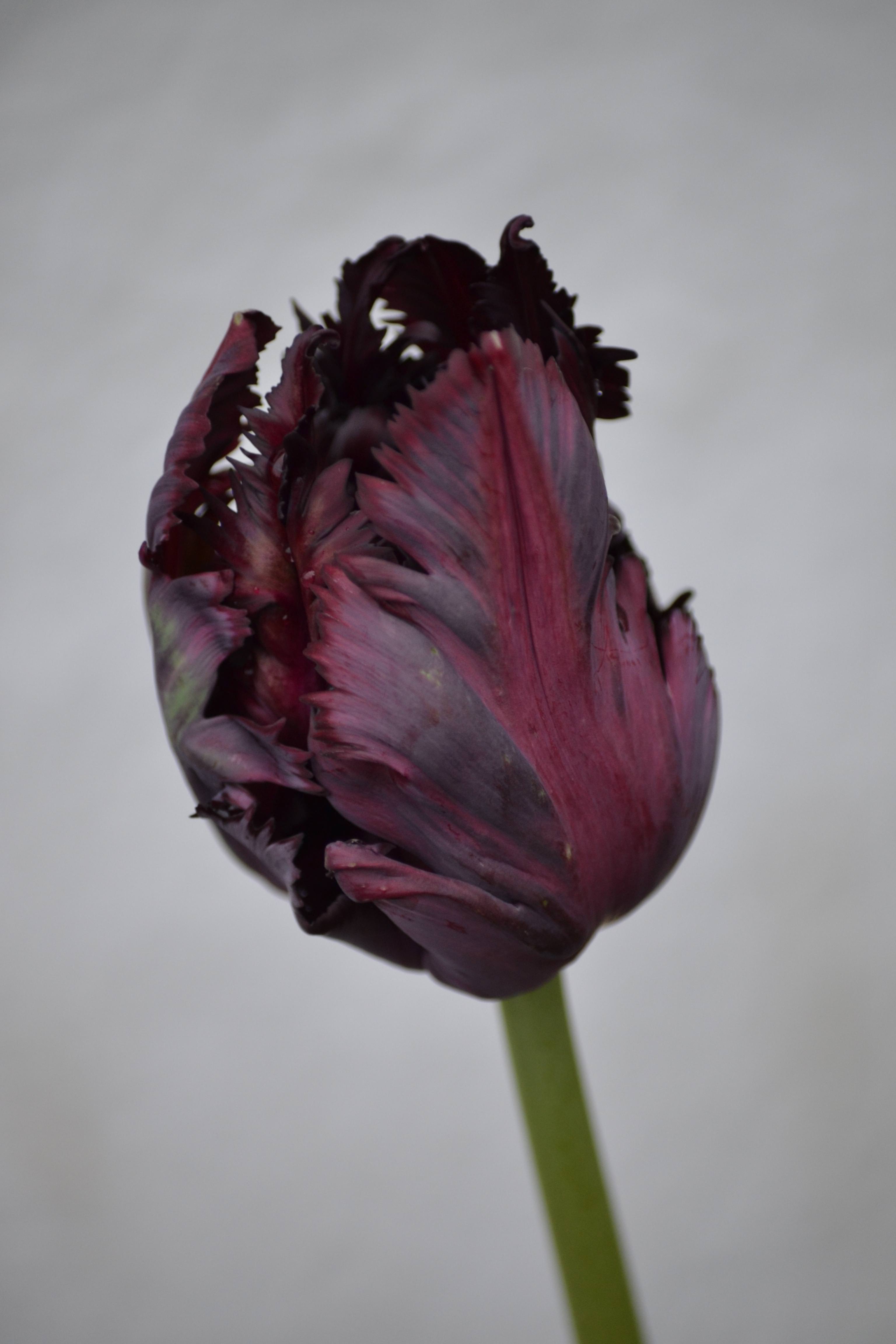 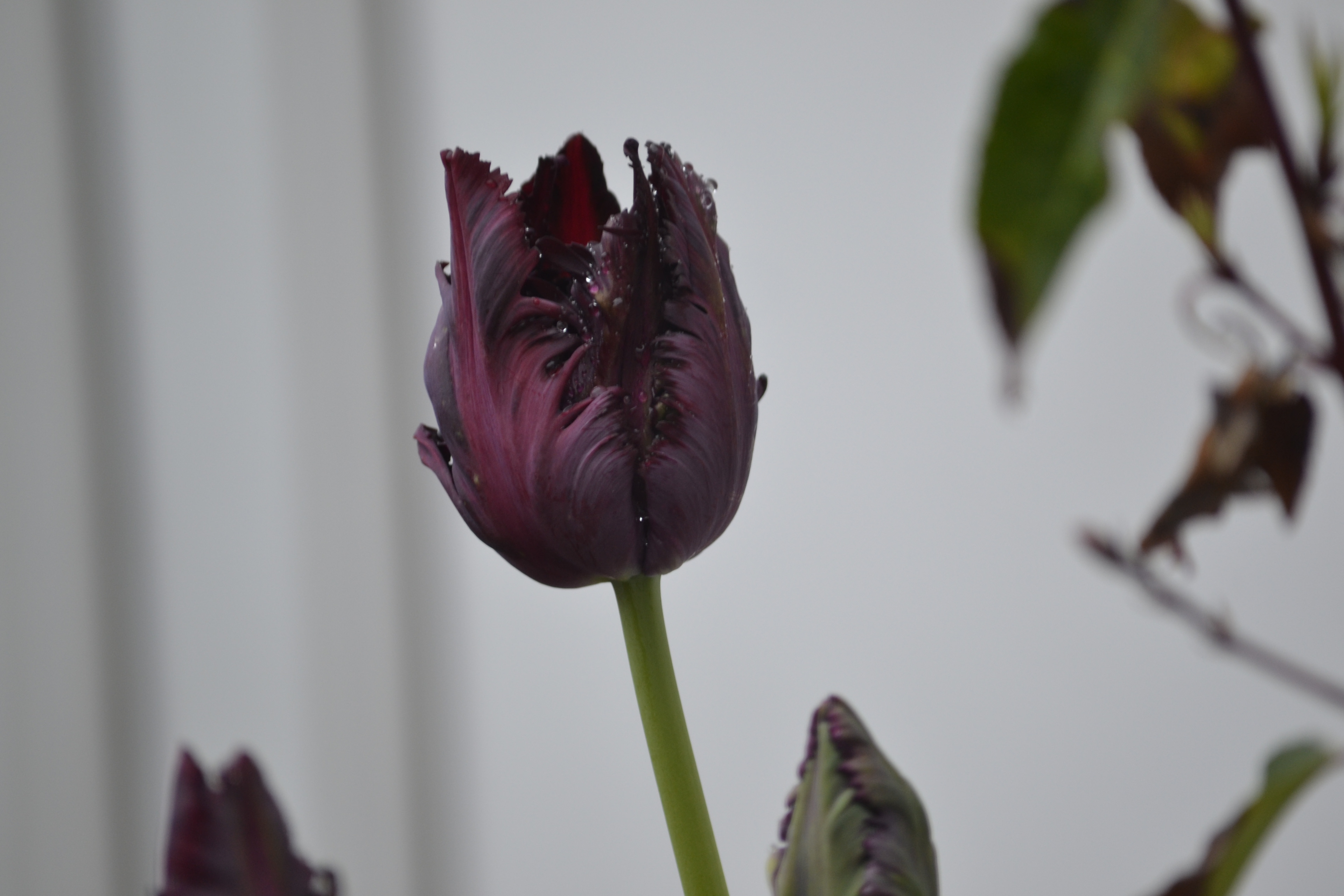 I have a number of pots of Red Riding Hood tulips on the patio. These are giving a bright splash of colour at the moment. The pot grown are looking nicer than the border ones. I think have them grouped in greater numbers is working to greater effect. The striped leaves are an attractive feature providing interest before they flower. 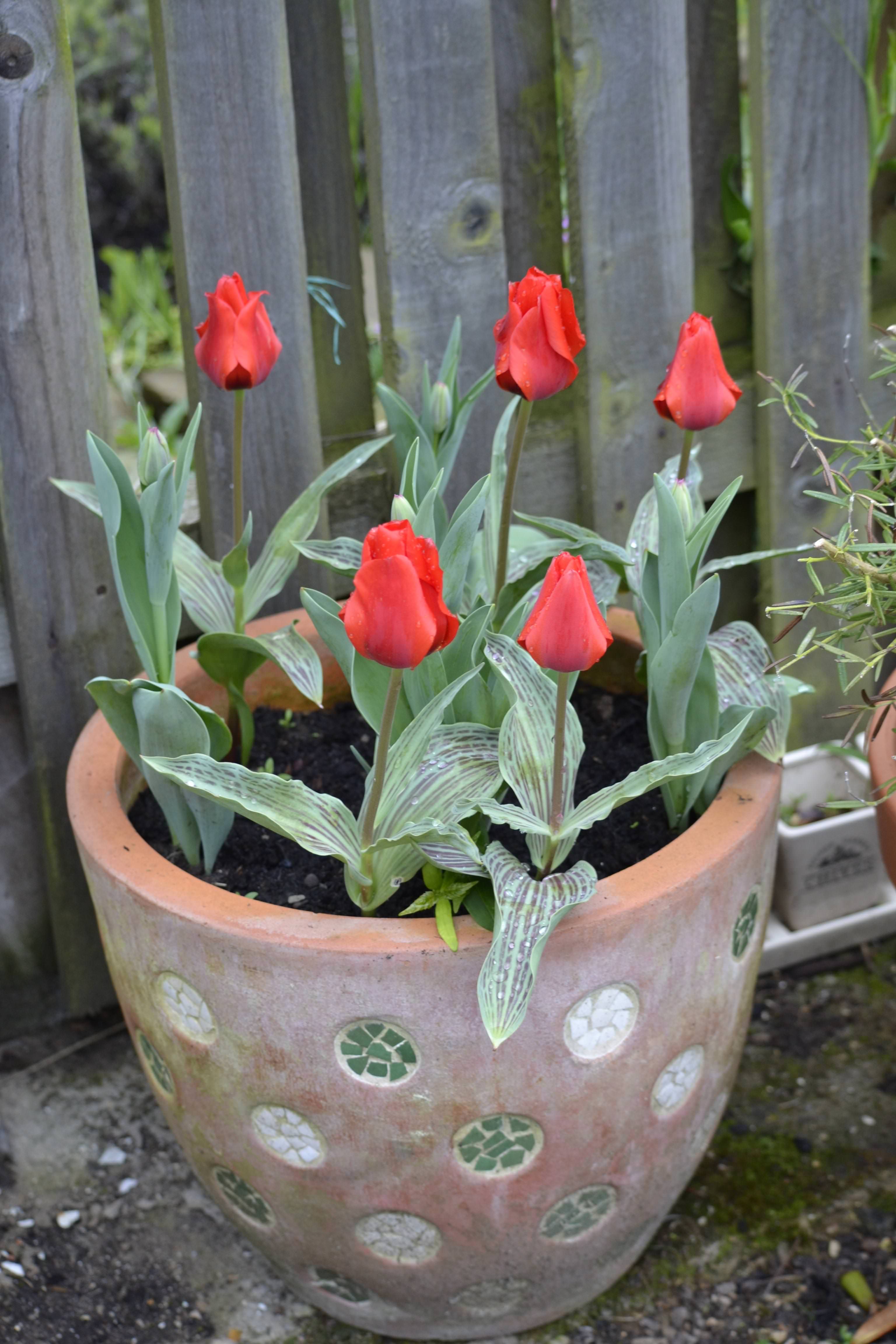 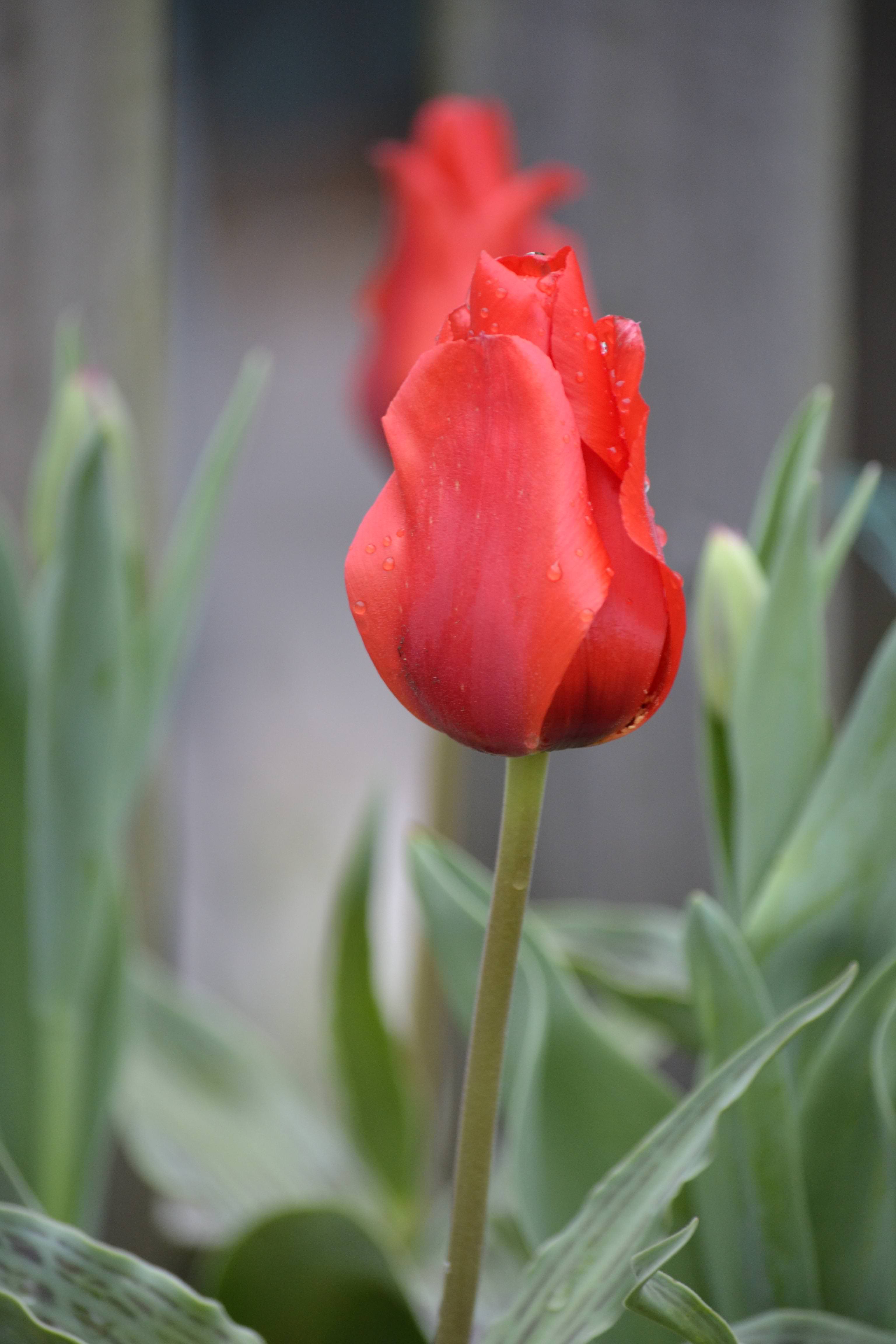 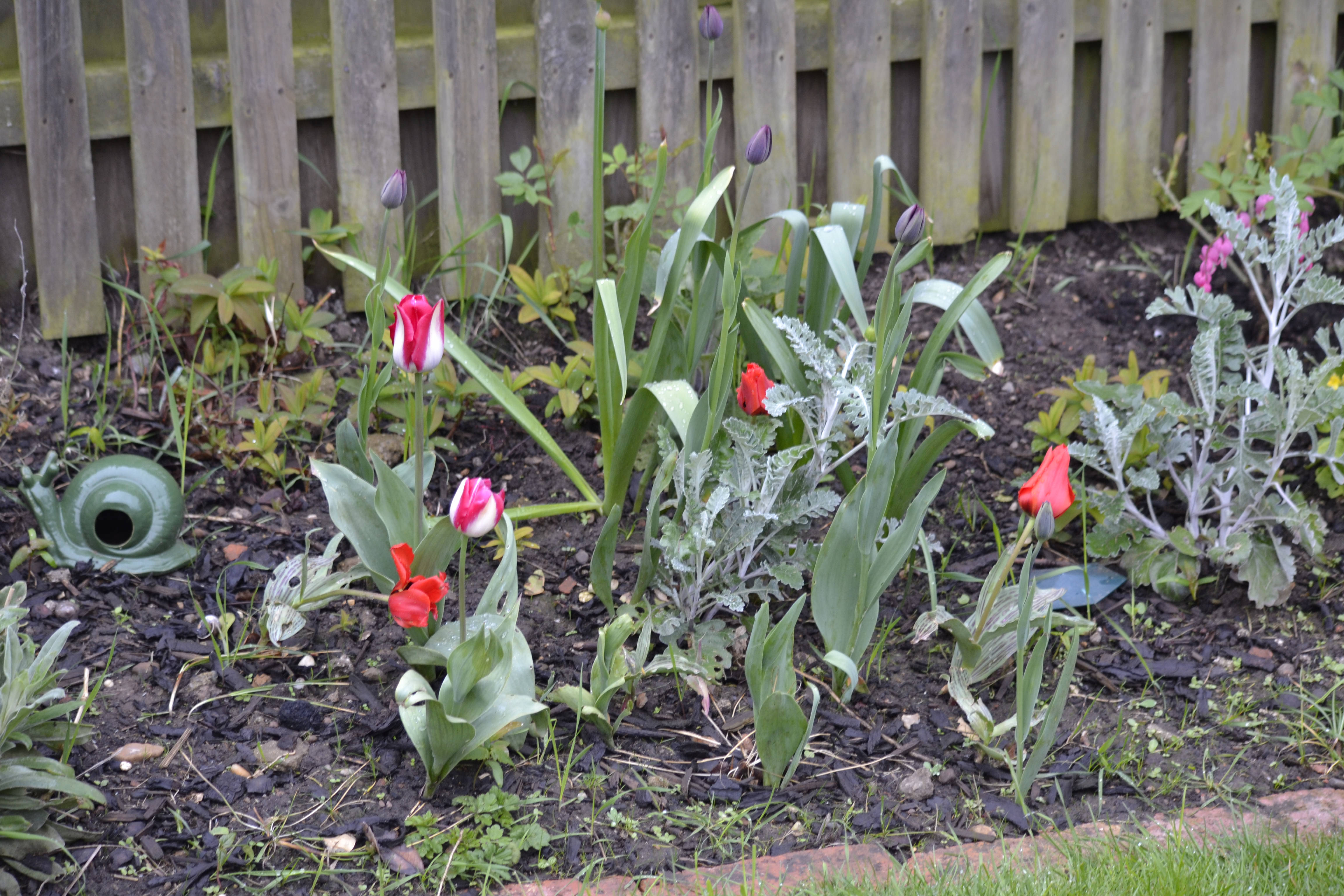 The alectric tulips are a nice contrasting variety. I think I moved a number of these while digging up the brick border, so they’ve ended up dotted around a bit randomly, but some nice individual specimens. 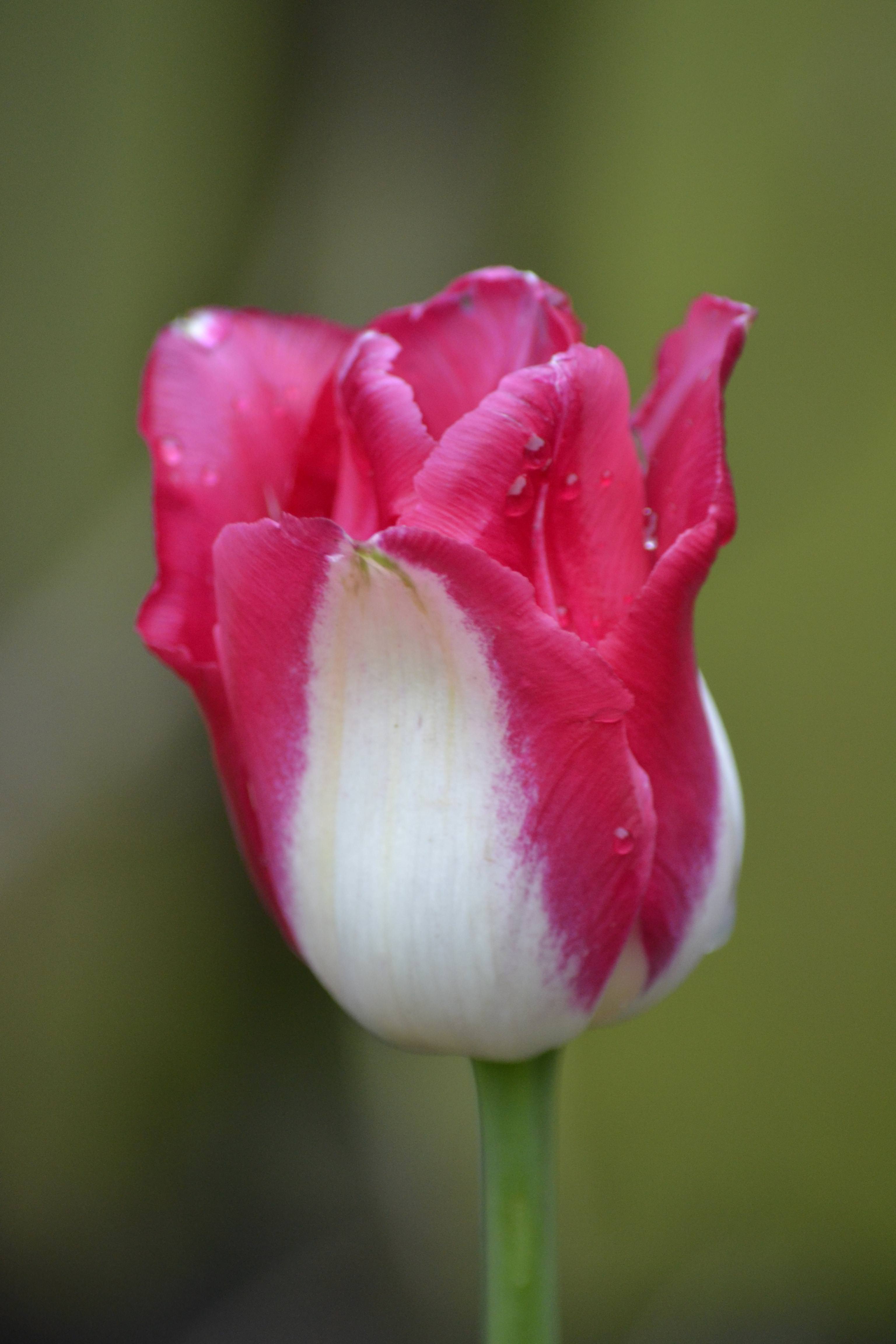 The rhododendron suffered with the cold, but the leaves now seem to be recovering. After re-potting it last year and keeping it fed with liquid ericaceous feed it has flowered better this year. This plant came with my last house where it had been put at the front. It had been deprived of water and had outgrown its pot and used up all nutrients. However it now seems to be doing alright with the best show of flowers yet. 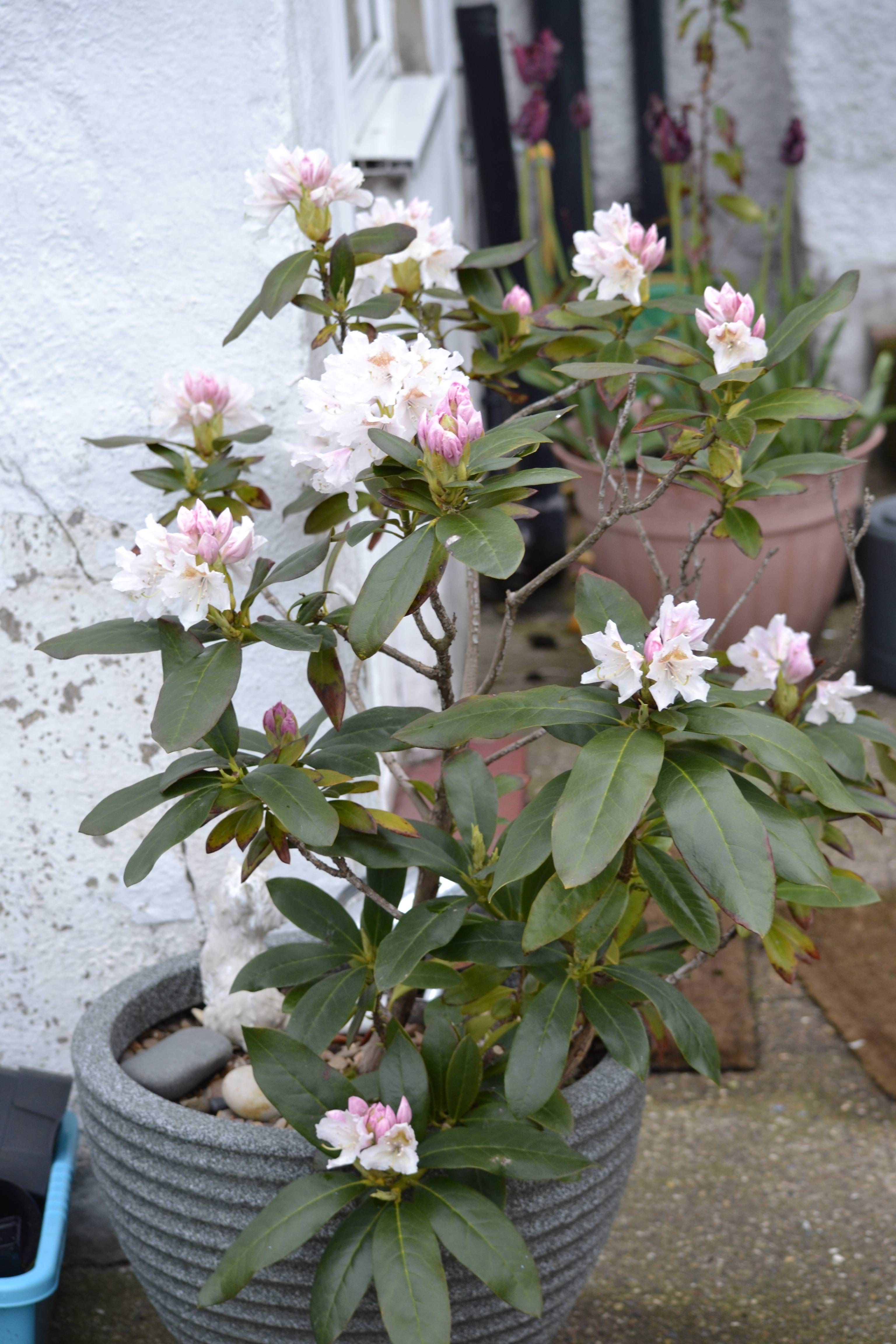 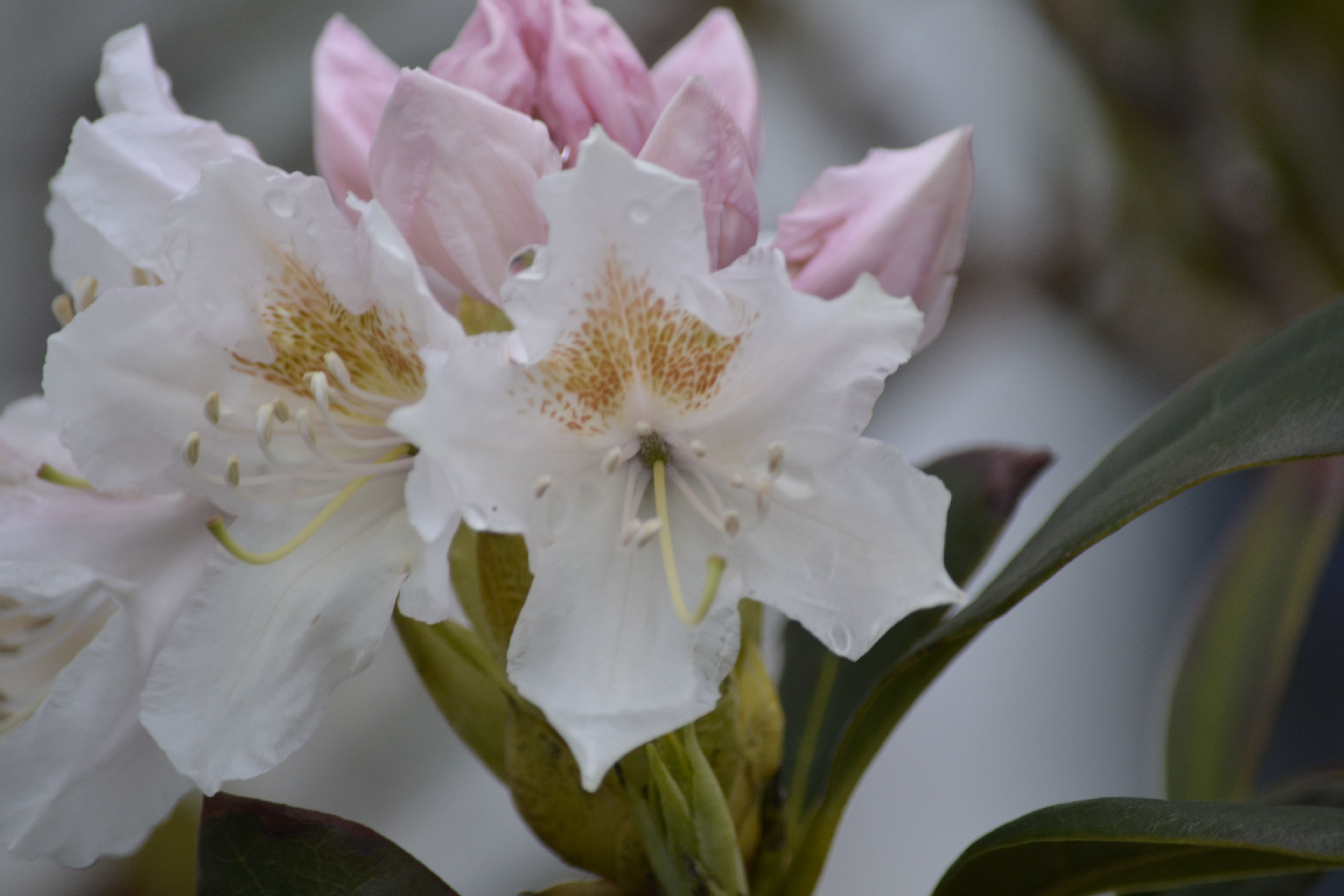 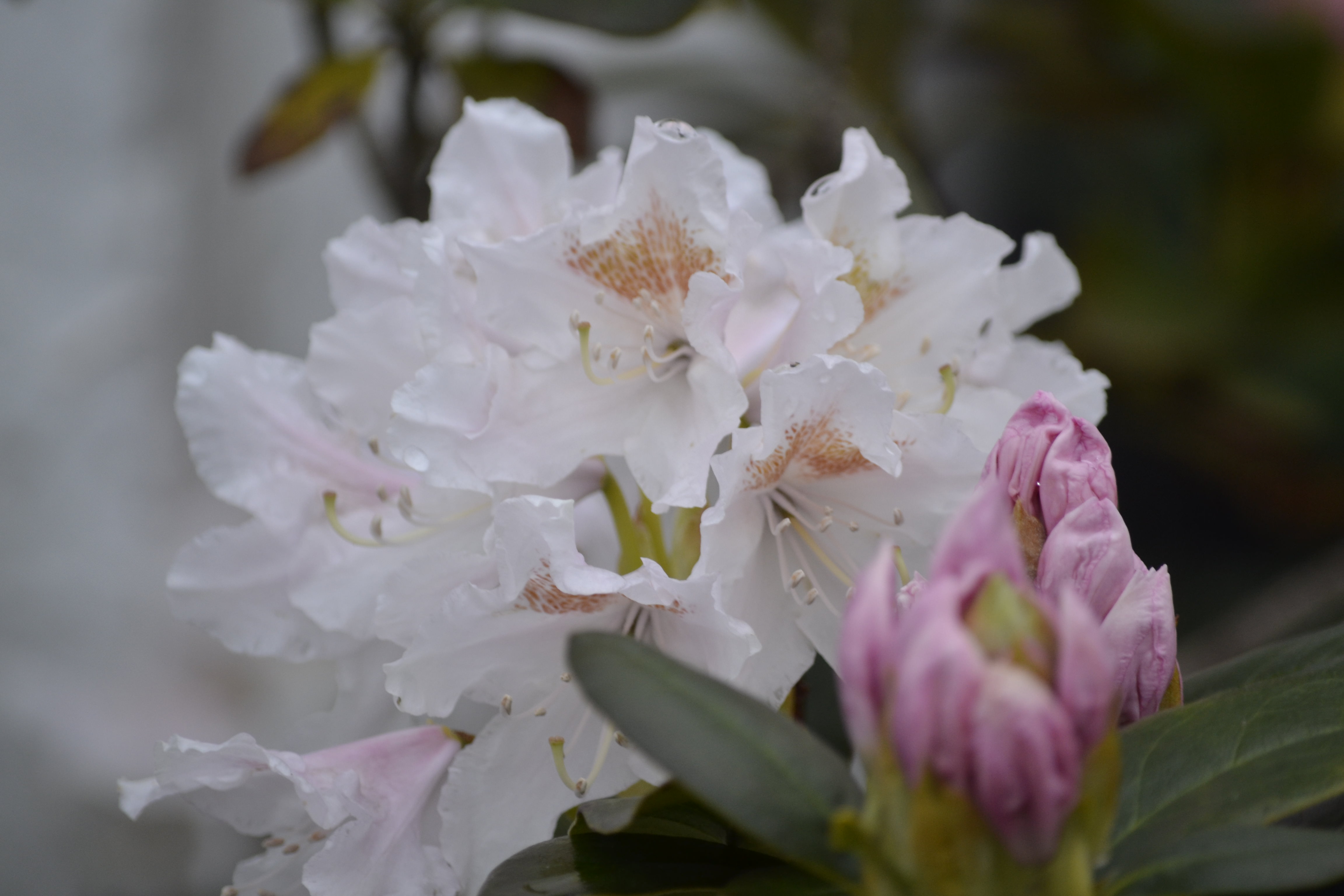 Most of my ferns are evergreen, but they still brown off over winter as the old leaves die off ready for the new fronds. It’s nice seeing the curled up fronds ready to unfurl. 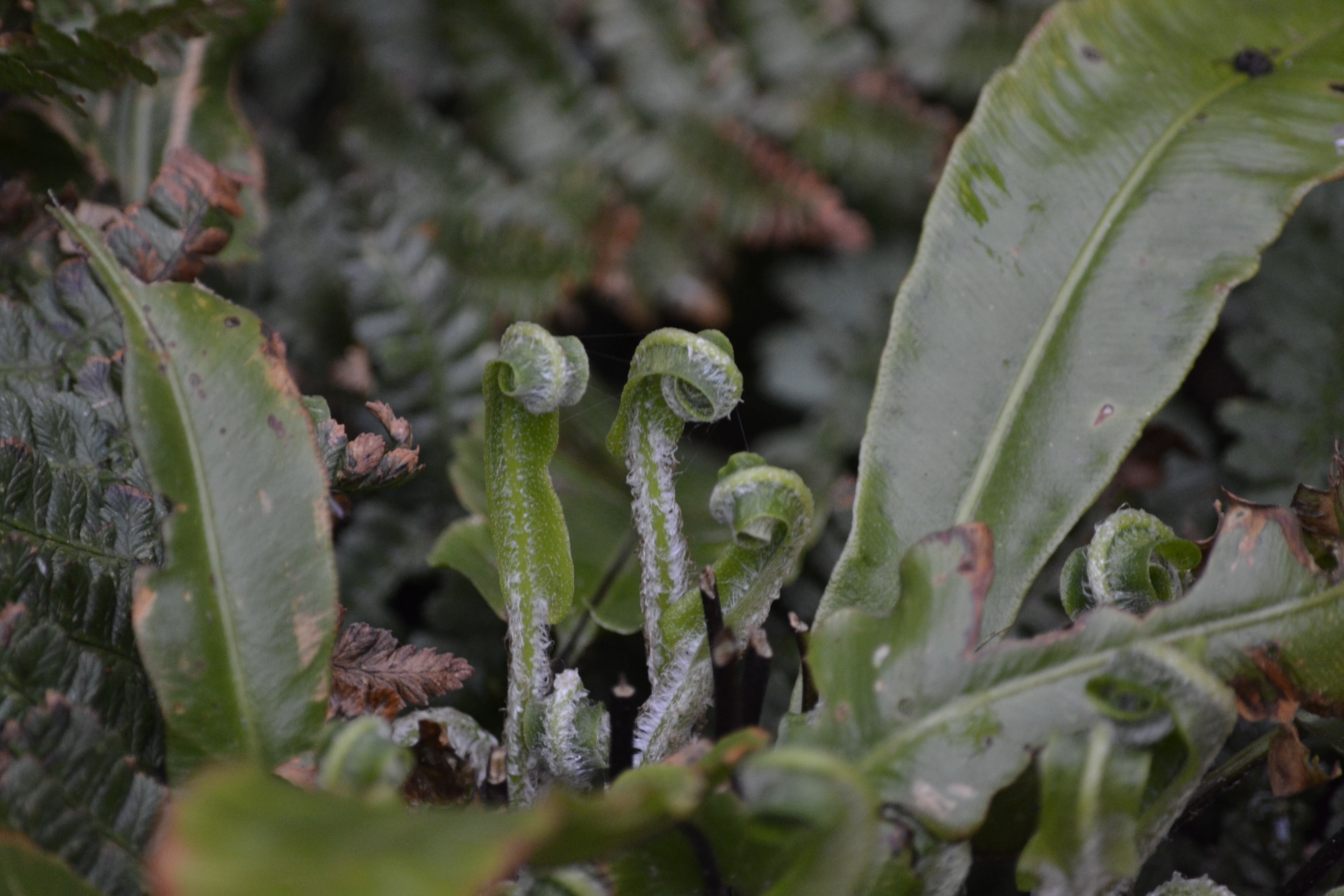 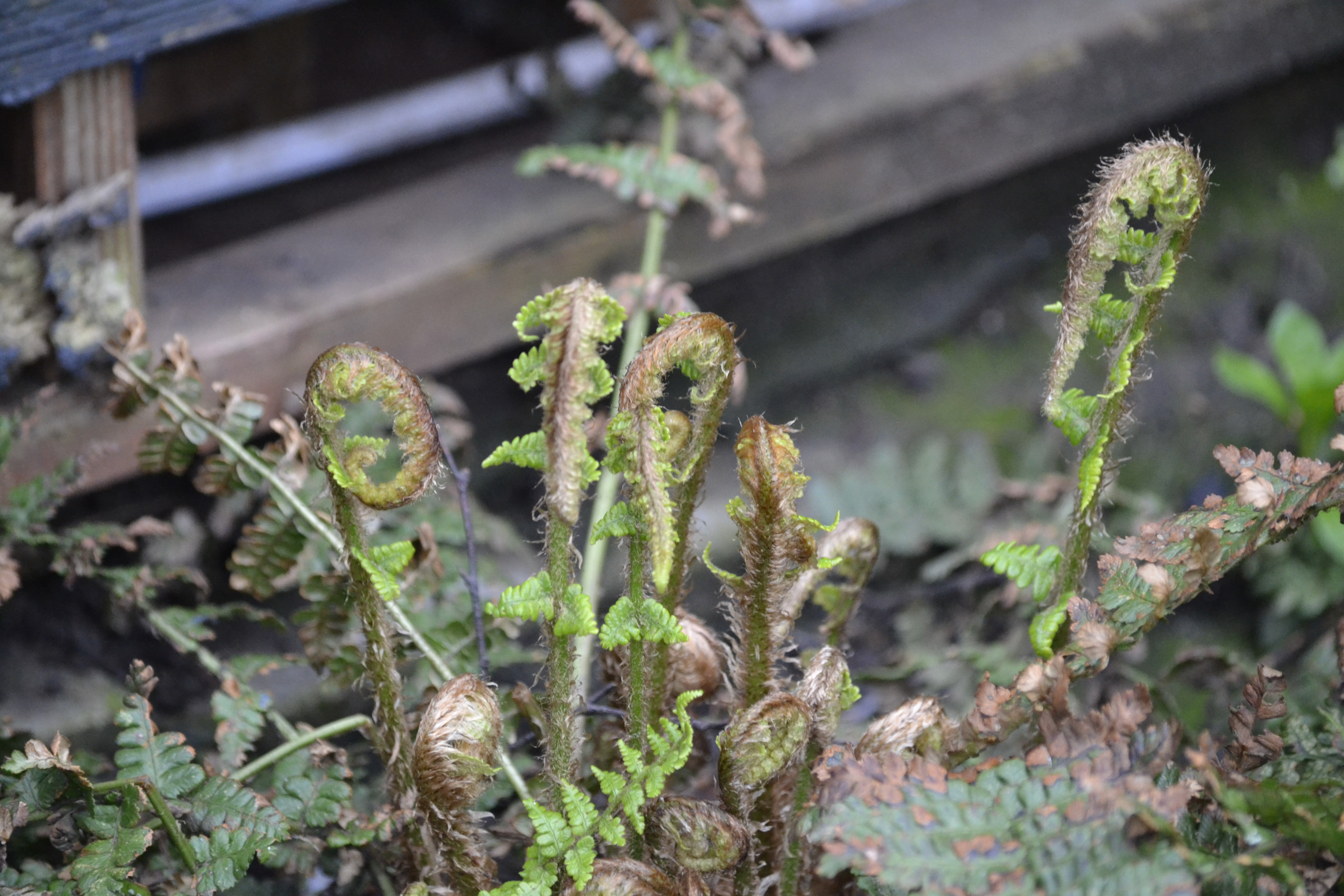 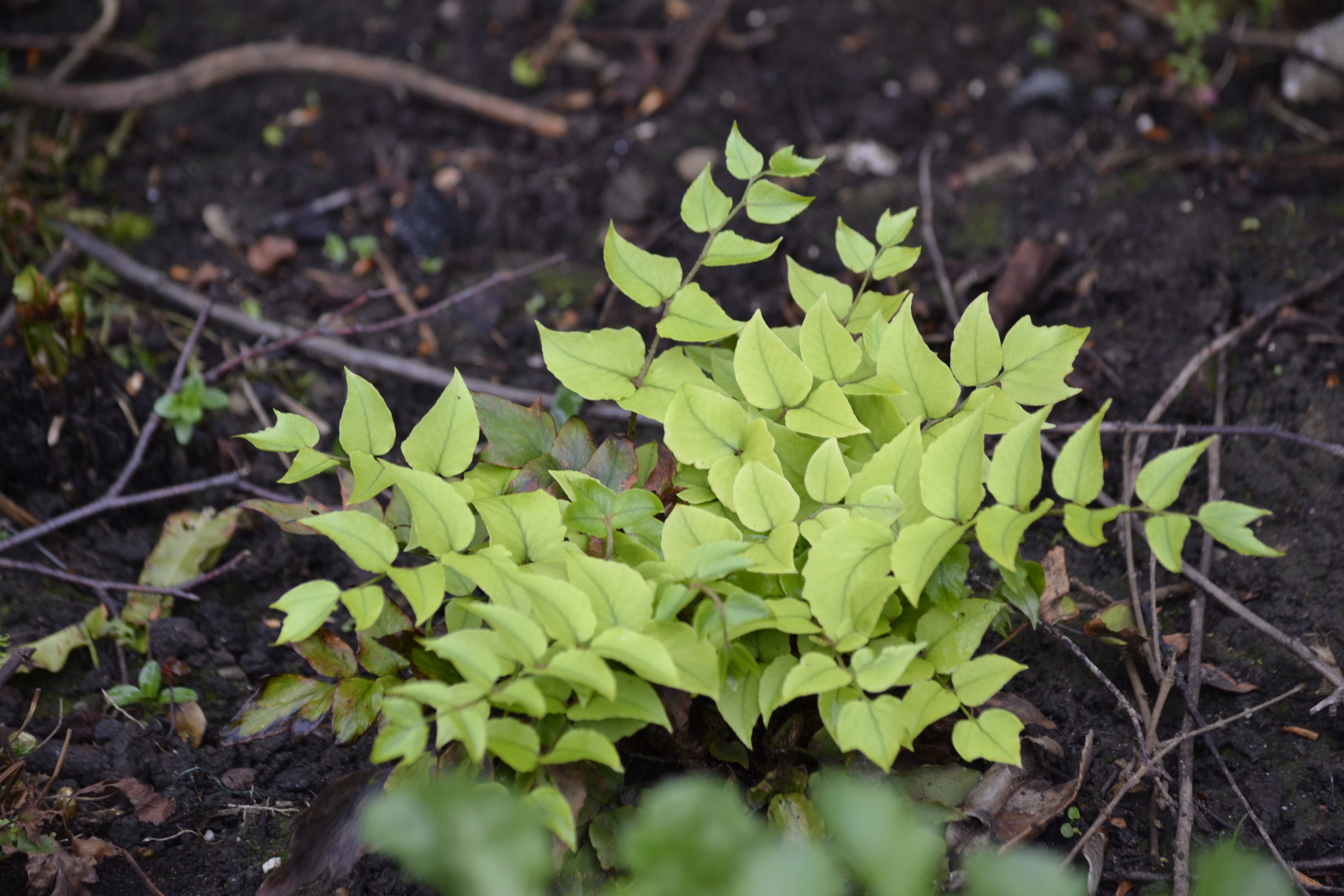 My saxifrage had formed a nice mossy mound. For the last week it has been displaying its bright red or pink flowers, the colour depending on the light. It just provides small daisy sized flowers, but a nice dash of Spring colour. 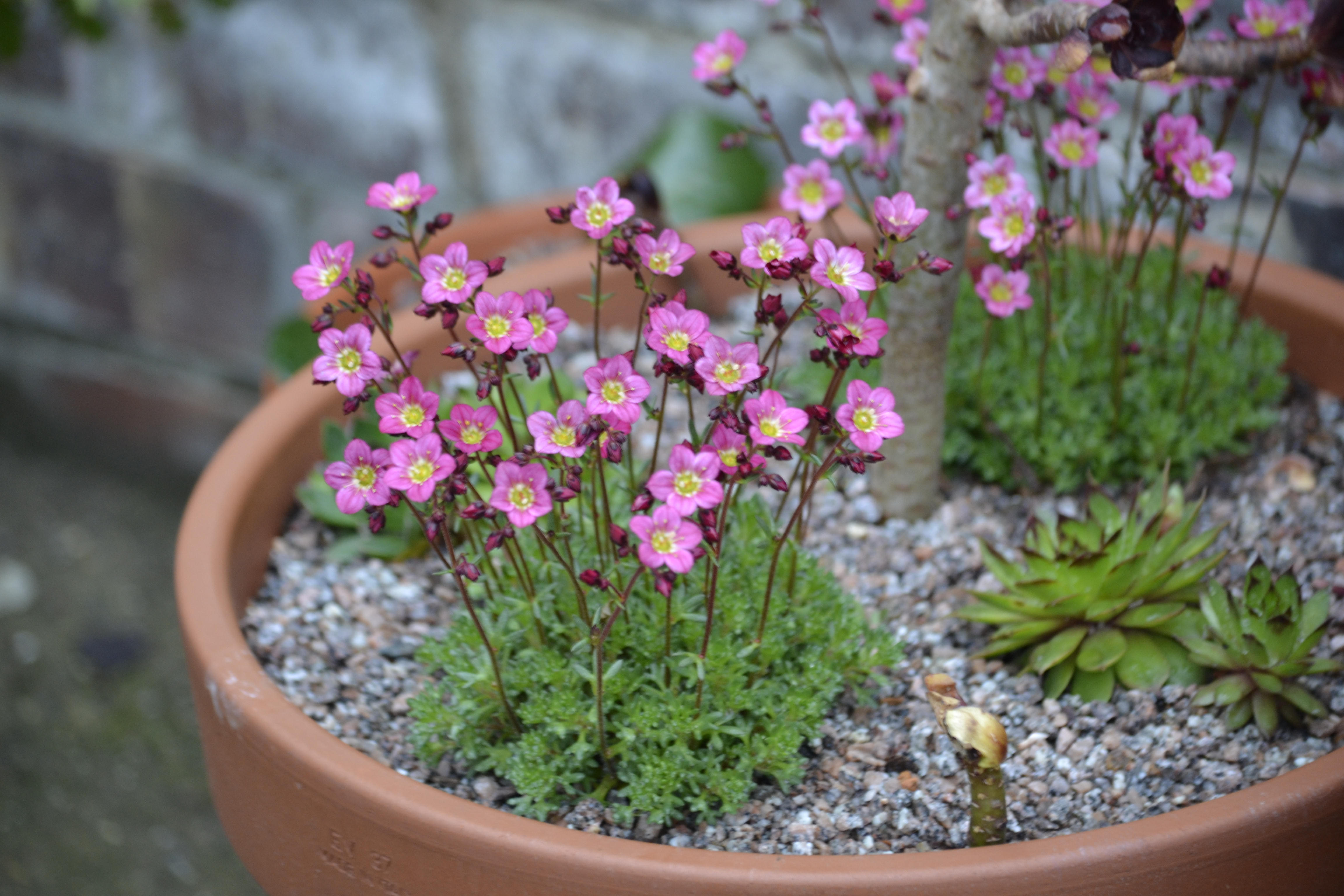 “When in doubt – plant a geranium!”

Last year my mum donated some geraniums she had divided. They’d now taken and formed solid domes of foliage. The first burst of flowers are just coming through. Geraniums are a good workhorse in the garden with one suiting most situations. At the end of this year I should be able to divide these further creating more patches. While not as flashy as the tulips they play a valuable role in suppressing unwanted wild flowers establishing as weeds. 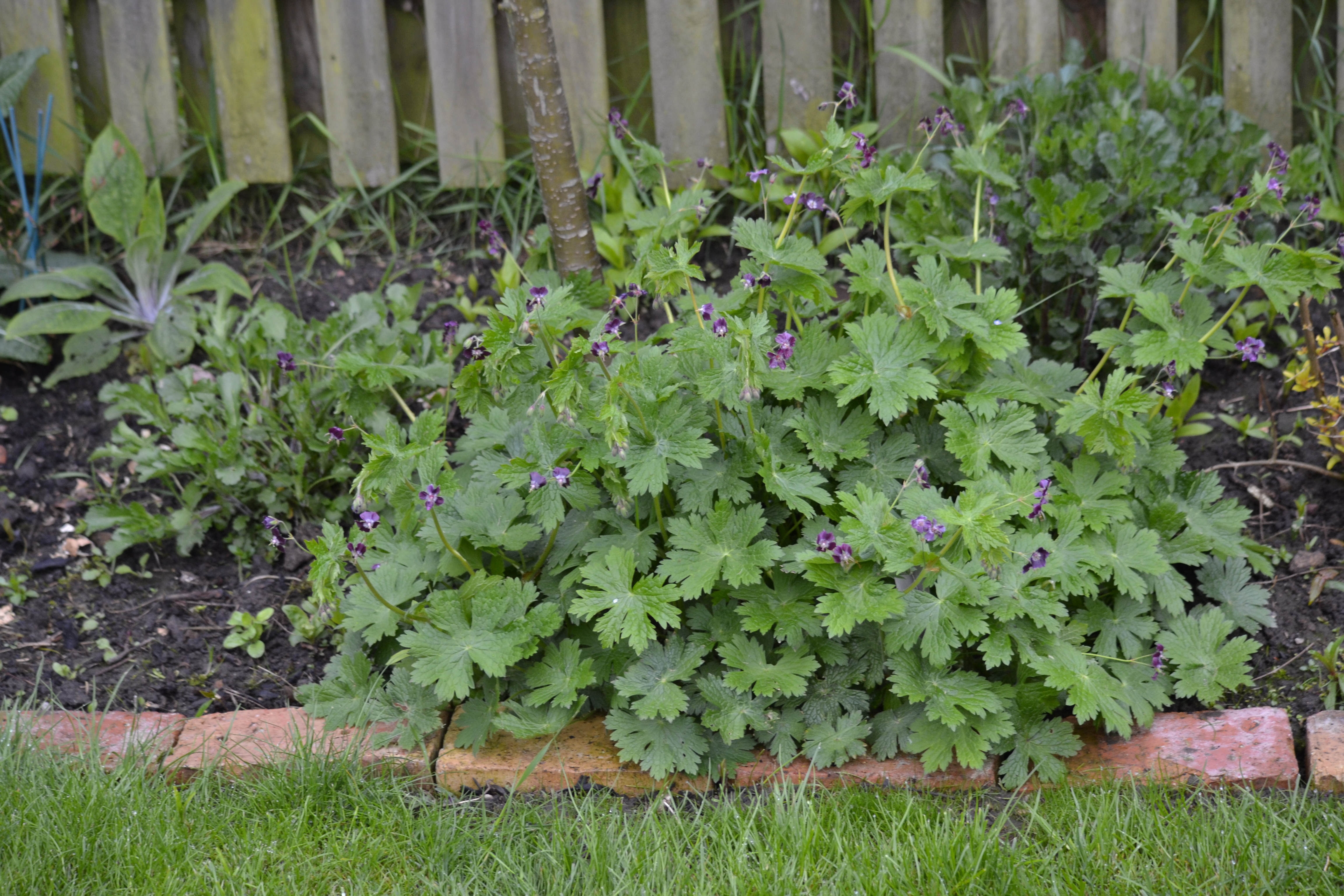 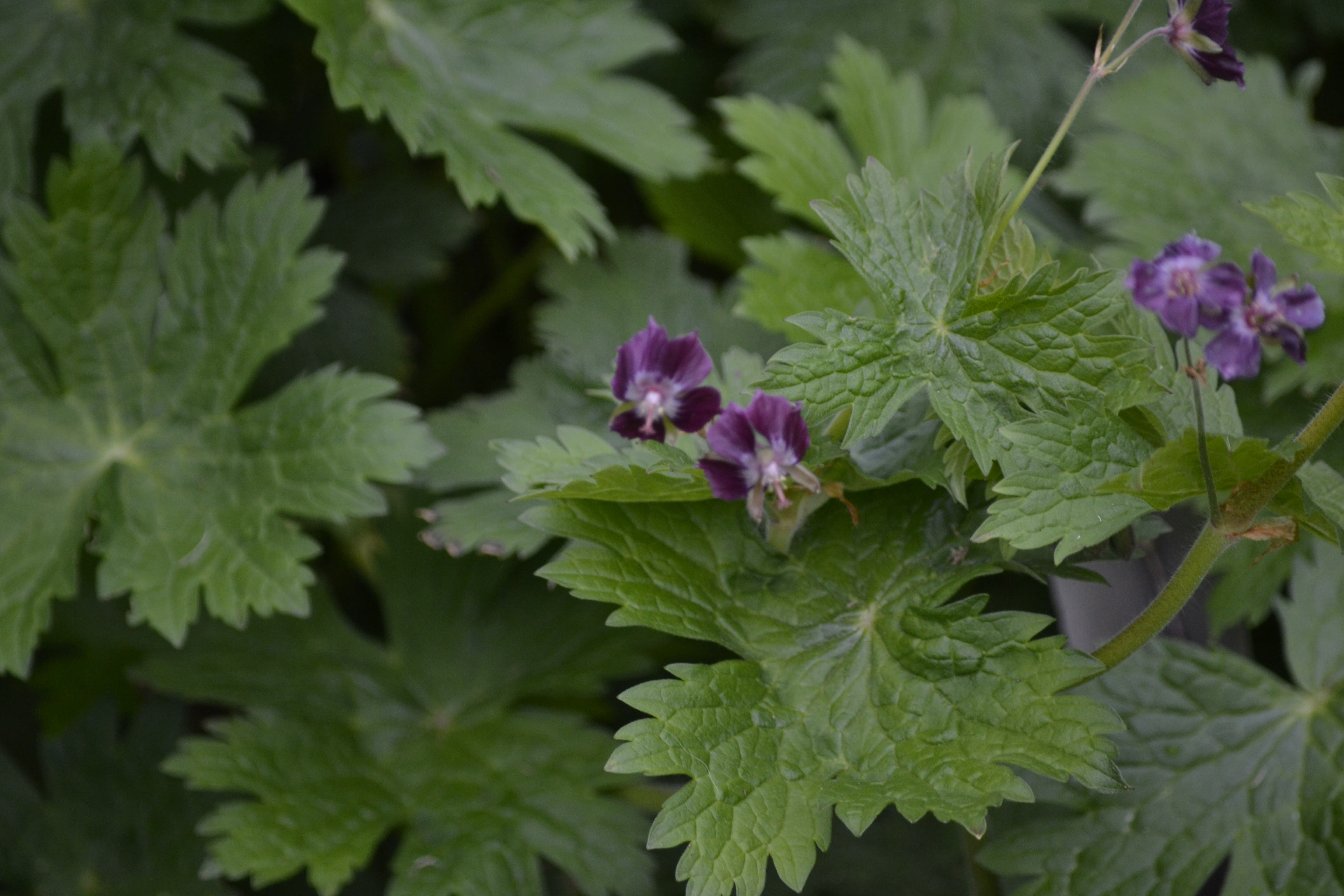 This week I finished reading Monty Don’s down to Earth. Like much of Monty’s work he passes on his passion for gardening to bring pleasure. The garden is a way to relieve stress and worries. For him gardens are made by people and their use of their gardens. The book offers a good guide to get started in gardening and has a good practical month by month guide to jobs in the garden. While a lot of lot of it will be information known to most gardeners of a couple of year Monty’s writing style is enjoyable. It is all information worth repeating. Currently available for kindle and in hardback, but I believe it is seeing a paperback release later in the year ready for the Christmas market.

Hope you’ve enjoyed my six. I’m heading out to look at pavers. We are having the house rendered again and we are considering getting the patio paved probably while he’s on the job. It is currently a cracked concrete surface, so would be vastly improved if we can have it done.