This weeks six in the Saturday has been written earlier in the week as I am now on holiday down in Dorset. So I will look forward to seeing what everyone else has been up to when I return home.

The first of six is the sedum/stonecrop. The plant flowers in Autumn, then dies down. I like this point of the year when the plant starts to grow back up from the ground looking like sepervivums. 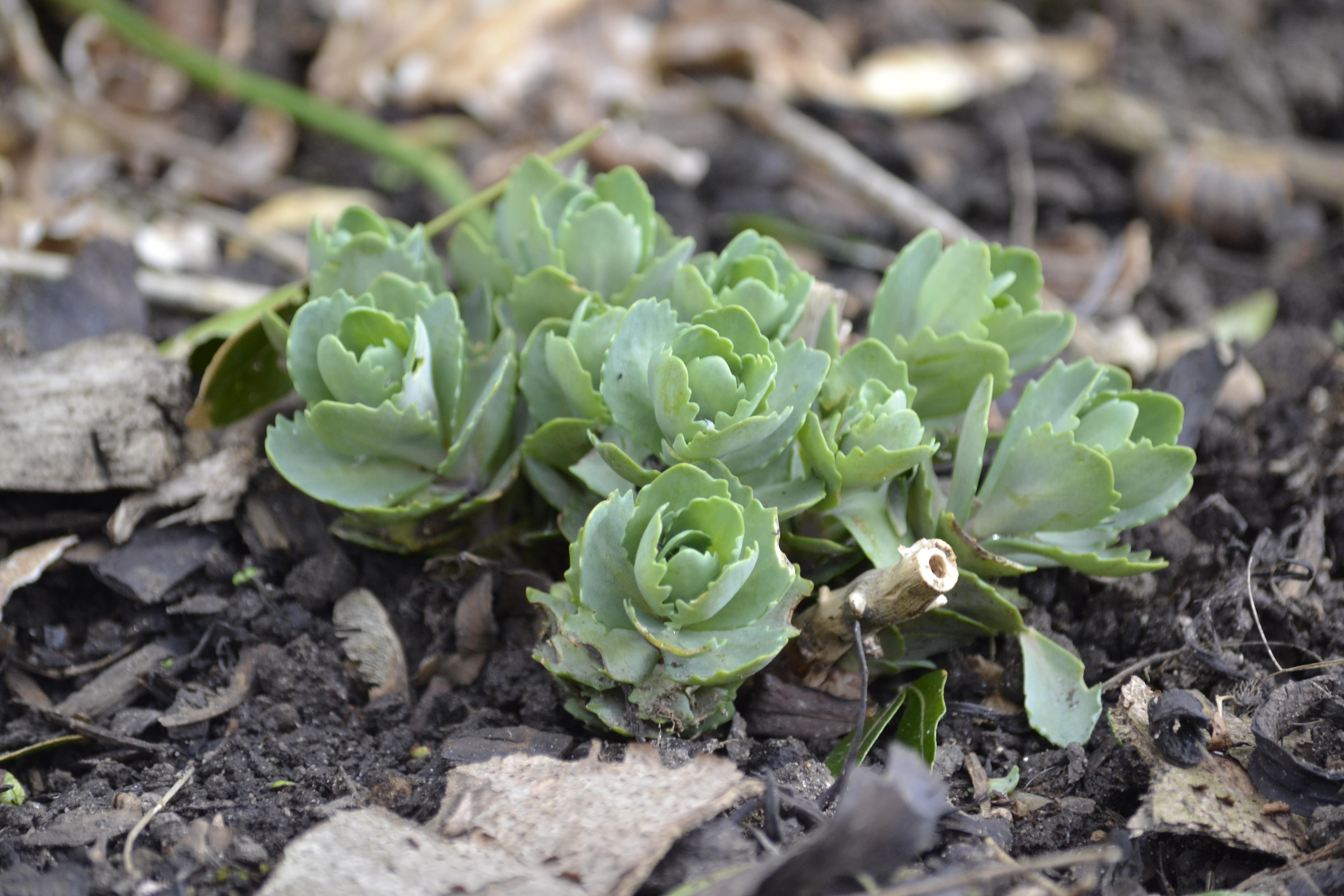 This dainty crocus has come up after it’s companions have already been and gone. No less pretty for being on its own. 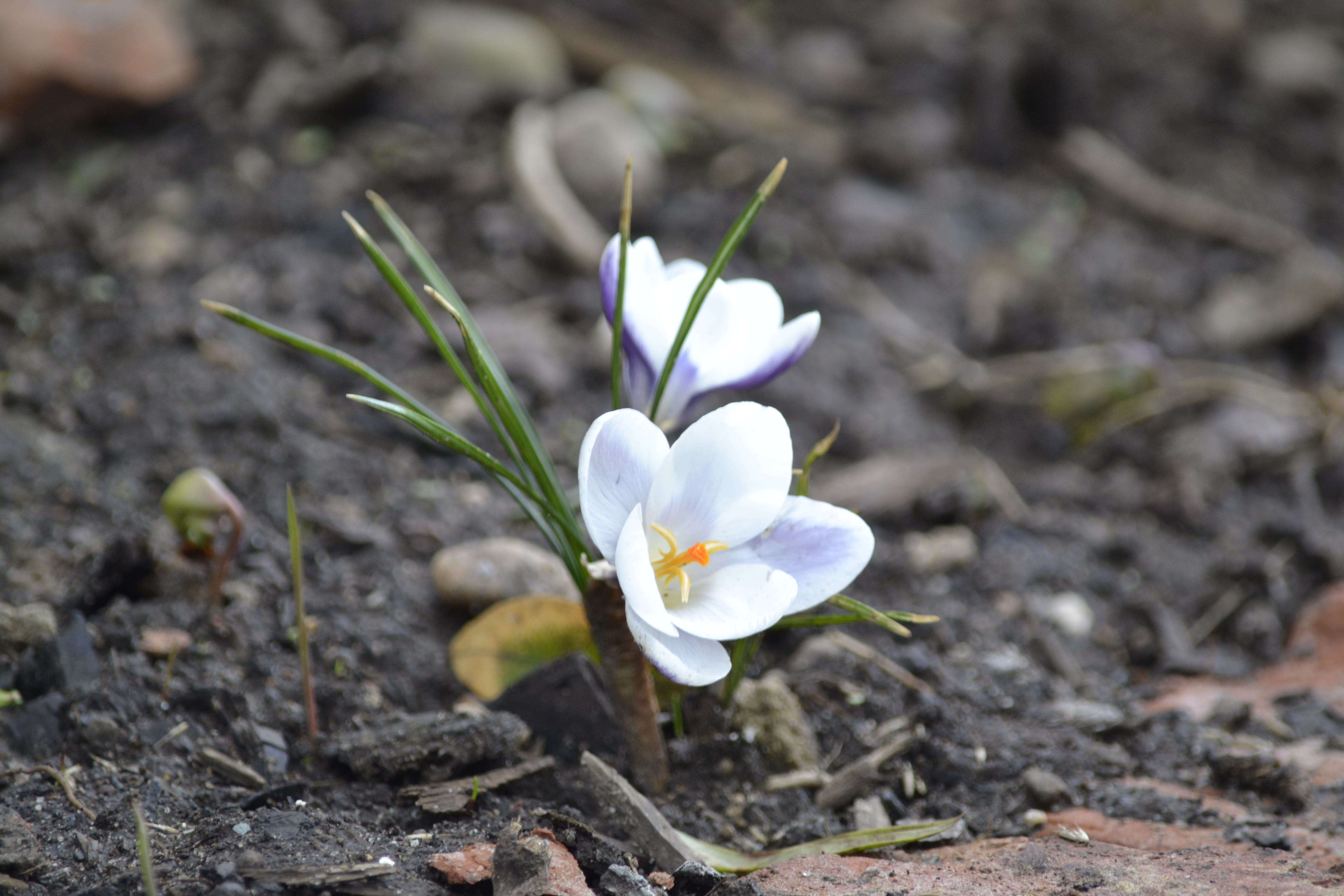 Tesco is selling off different climbers at cheap price. I’ve gone for two passion flowers. I have one variety already. These two are going to be planted either side to give a solid section of fence covered in the flowers. While I like to encourage natives the bees still love the open flowers of passion flowers. I have native honey suckle and various clematis of native and non-native origins elsewhere in the garden. 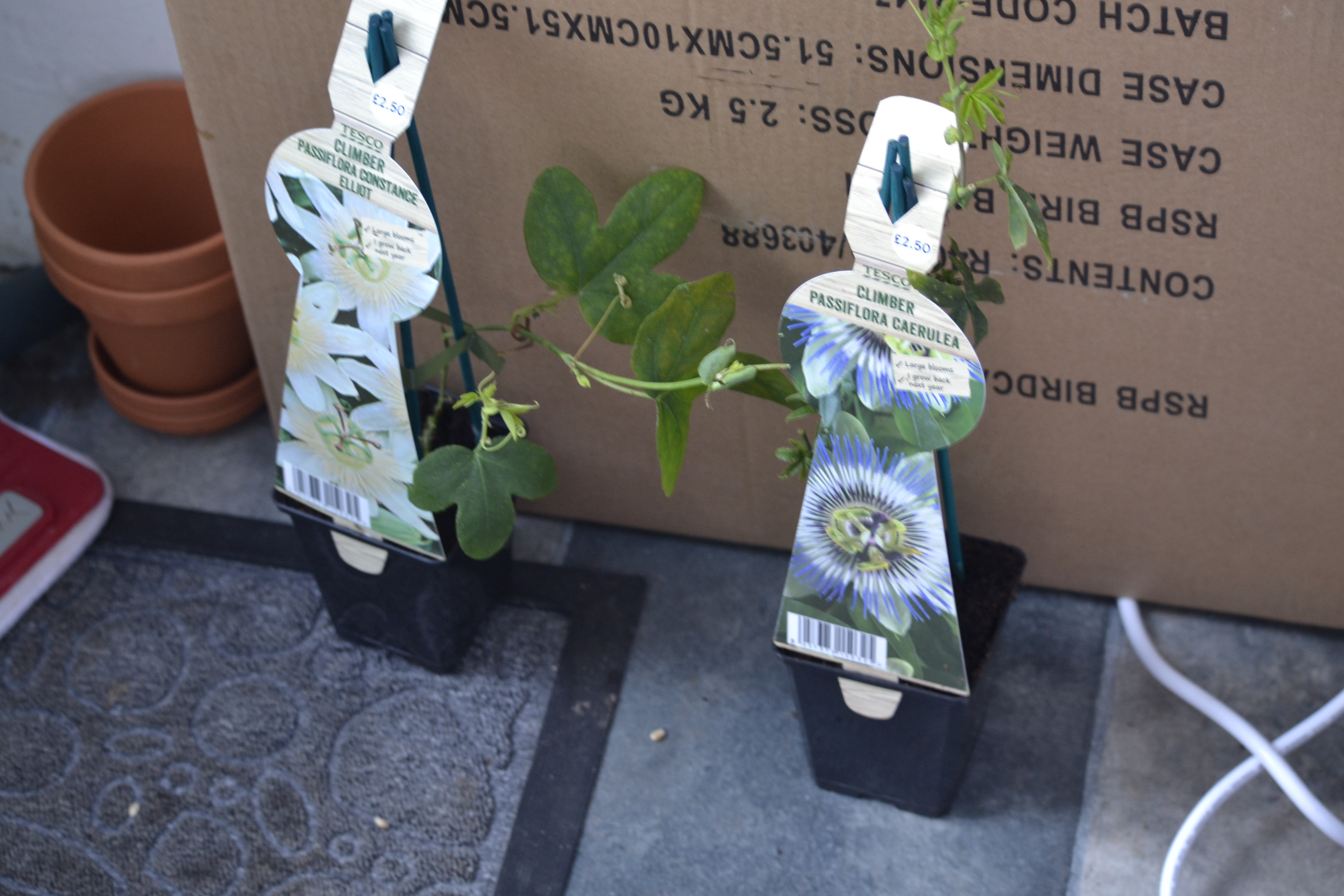 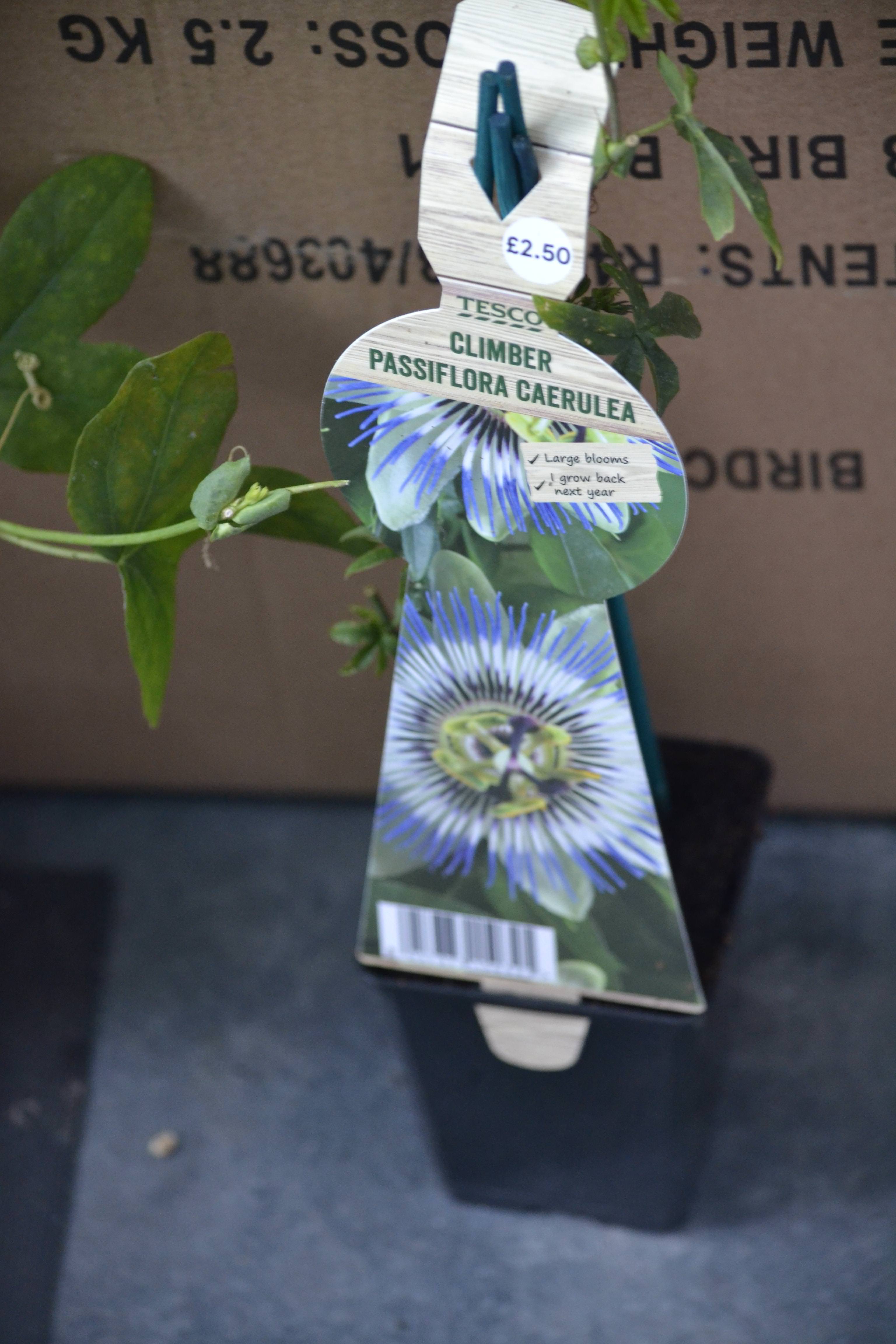 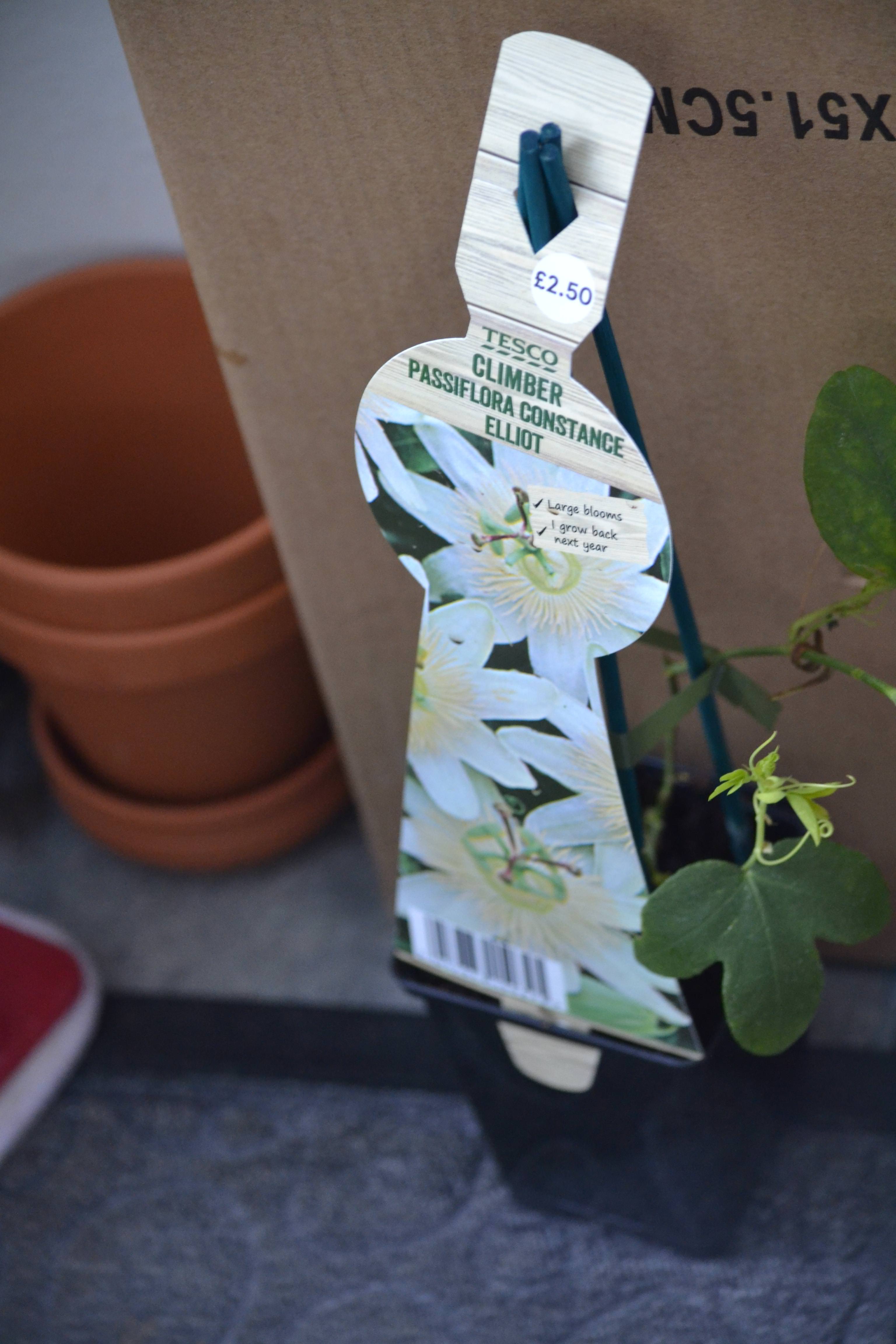 I’ve added a solar panel floating fountain and some stones to the bird bath I’d bought with birthday vouchers. A little bit of a novelty purchase. The bird bath reviews had said the birds enjoyed one of these fountains in the bath, so thought I’d try it. It gives little squirts of water, rather than continuous flow, when the sun is on it. So far it’s been overcast, so don’t think it’s been at its best yet. I fancy a proper water feature, but I’m not ready to invest money into wiring outside, so this little tinkle of water will do for now. 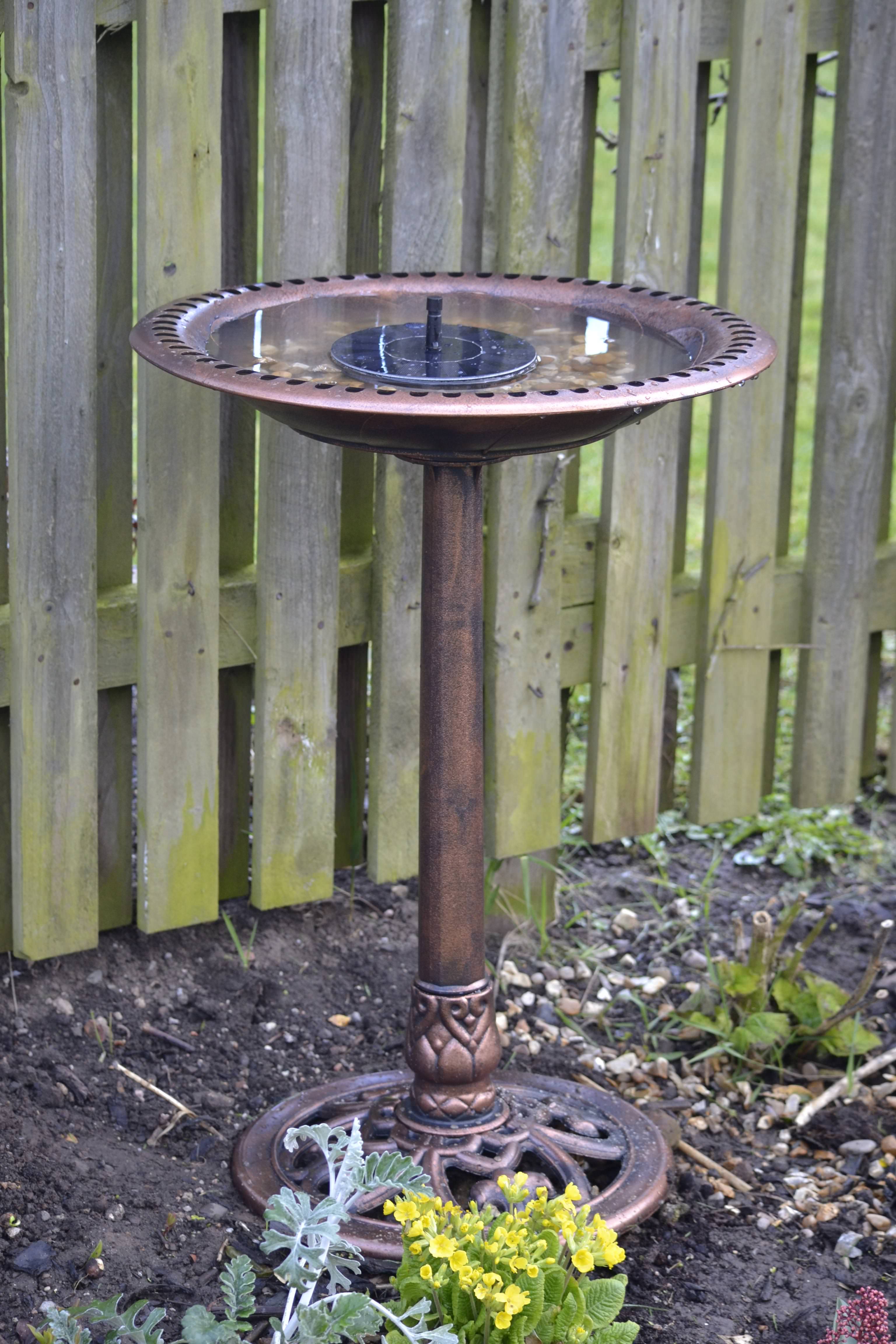 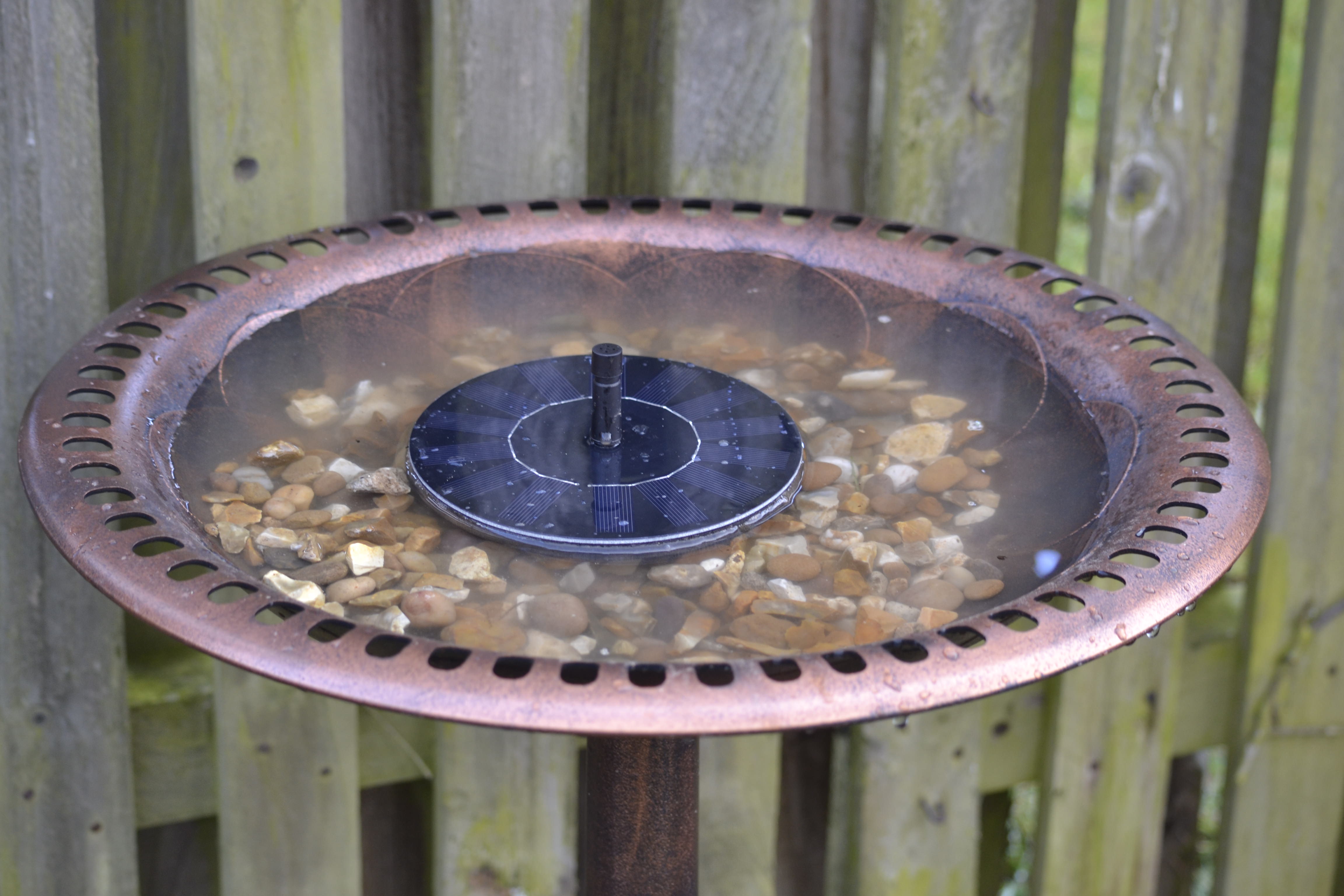 When the sun has been out it gave a solid continuous jet. 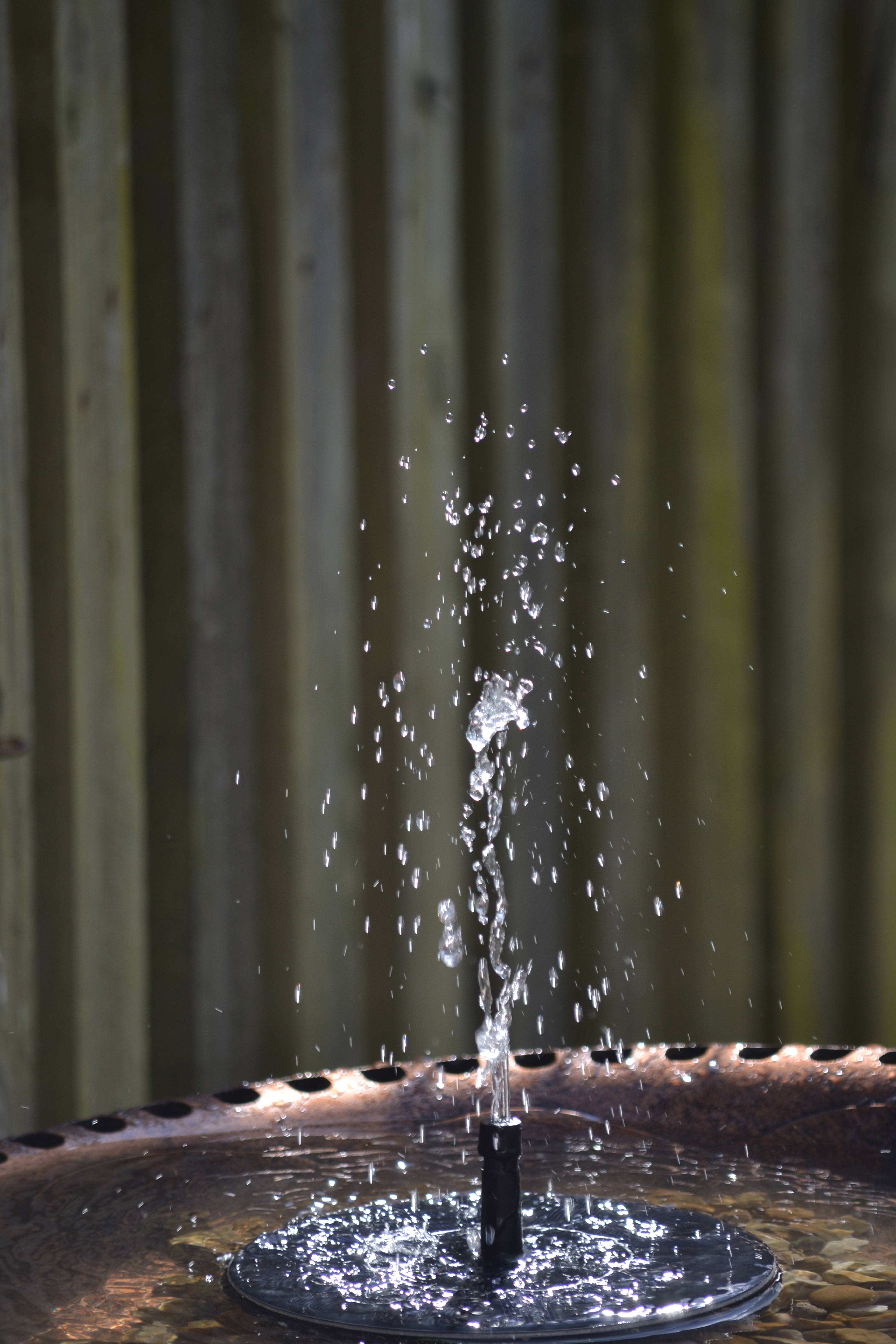 On the gardening reading front I’ve finished reading Jim Buttress-The people’s gardener. This has been on sale this March for kindle at 99p. It has been a enjoyable quick read. Jim was encouraged in a love of gardening by his dad, from there he has worked in nurseries and town parks. He then went on to train at Wisley, where he failed to graduate due to the academic side. After this he went onto work in the Royal Parks and eventually as, he’s probably best known, a RHS judge and Chelsea Flower Show gold award winner. Life at Wisley was fascinating, as was hearing about his time working for the different parks. This book won’t improve your horticultural knowledge in any major way. But a pleasant read for 99p. My only gripe was how he makes himself out to be a working class lad working his way up from the bottom. He talks about dealing with resentment because he wasn’t the right class. His father was ex navy, then an accountant, so not really a working class upbringing, more middle class. That said he still comes off as a decent bloke who has done well for himself working in a profession he loves. What more can you ask for from life? 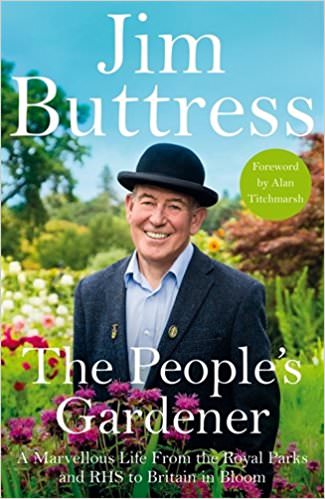 Glory of the snow

The last entry for this weeks six I don’t remember planting. I believe it is glory of the snow. I vaguely remember buying the bulbs as they sold off cheap at the end of season last year. However I think I have then dug over the ground and displaced them leading to these forgotten beauties being randomly spread around an area of the border.

The standard blue variety a bit droopy from the rain. 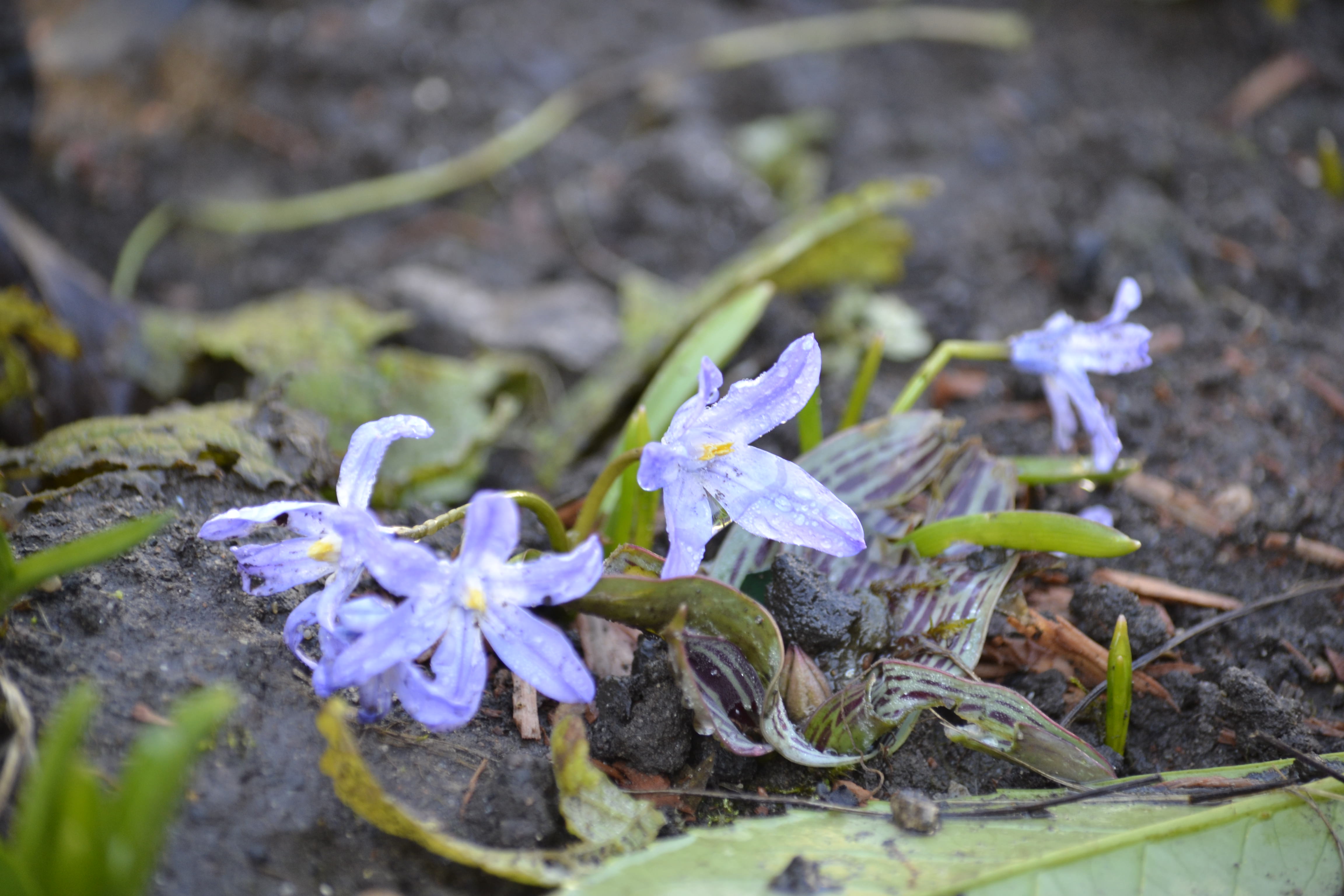 And the white variety. 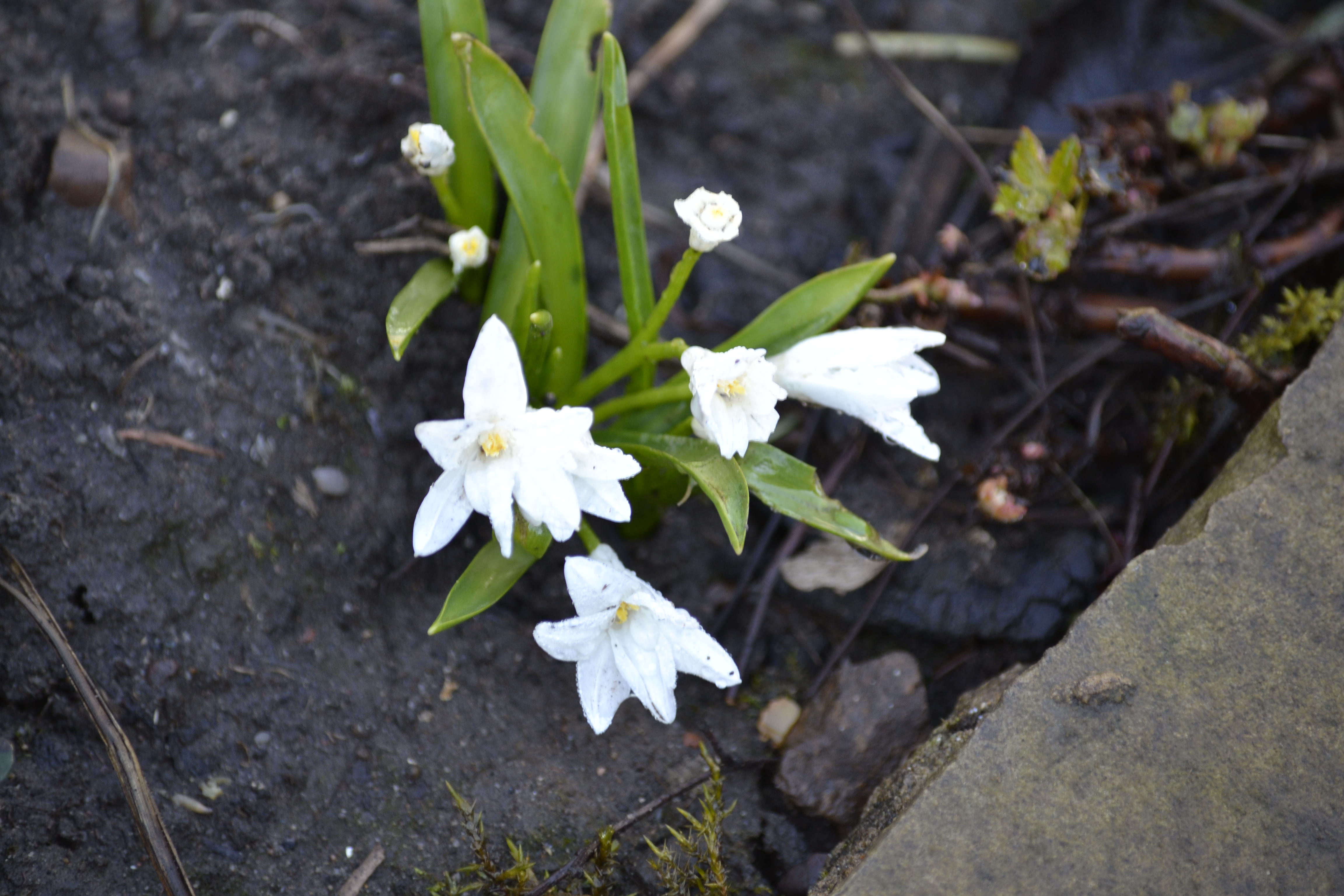 Over this coming week I am in Dorset, so I may leave off doing six next week or may do a travelling six depending on where we visit. Hope you all have good weekends and the weather treats your gardens kindly.