This weeks wildflower contribution was lesser celandine (rannunculus ficaria). I found a patch growing in the shaded passageway behinf my garden, similar in nature to its natural habitat. This is a pretty common perenial growing in open woodland and along hedgerows. It is an early food source for bees flowering from March to May. while it grows in shaded spots it requires sun for the flowers to open.

As a part of the rannunculus genus this places it as a relative to varieties of buttercups, spearwort and crowfoot. It is quite low, forming clumps to a height of 25cm. The heart shaped leaves and small yellow flowers make it quite a pleasant sight at this poiny of the year when little is in bloom.

Poisonous if eaten raw it can cause livestock issues. It is native to Europe, but banned in some US states due to its toxic nature. 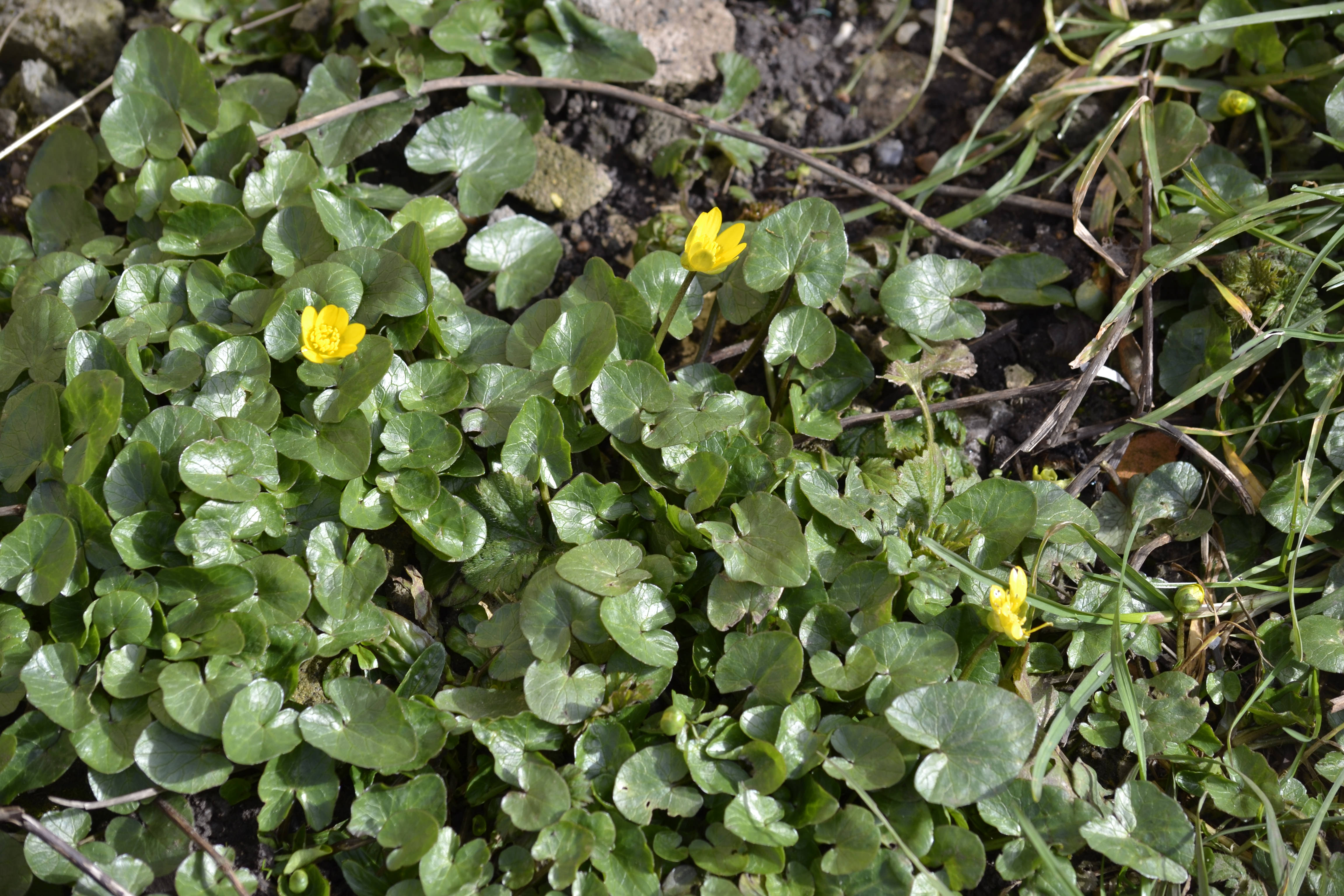 The poet William Wordsworth loved them enough to write three poems about them. When he died it was proposed a lesser celandine should be carved on his gravestone. However a greater celandine was carved by mistake. 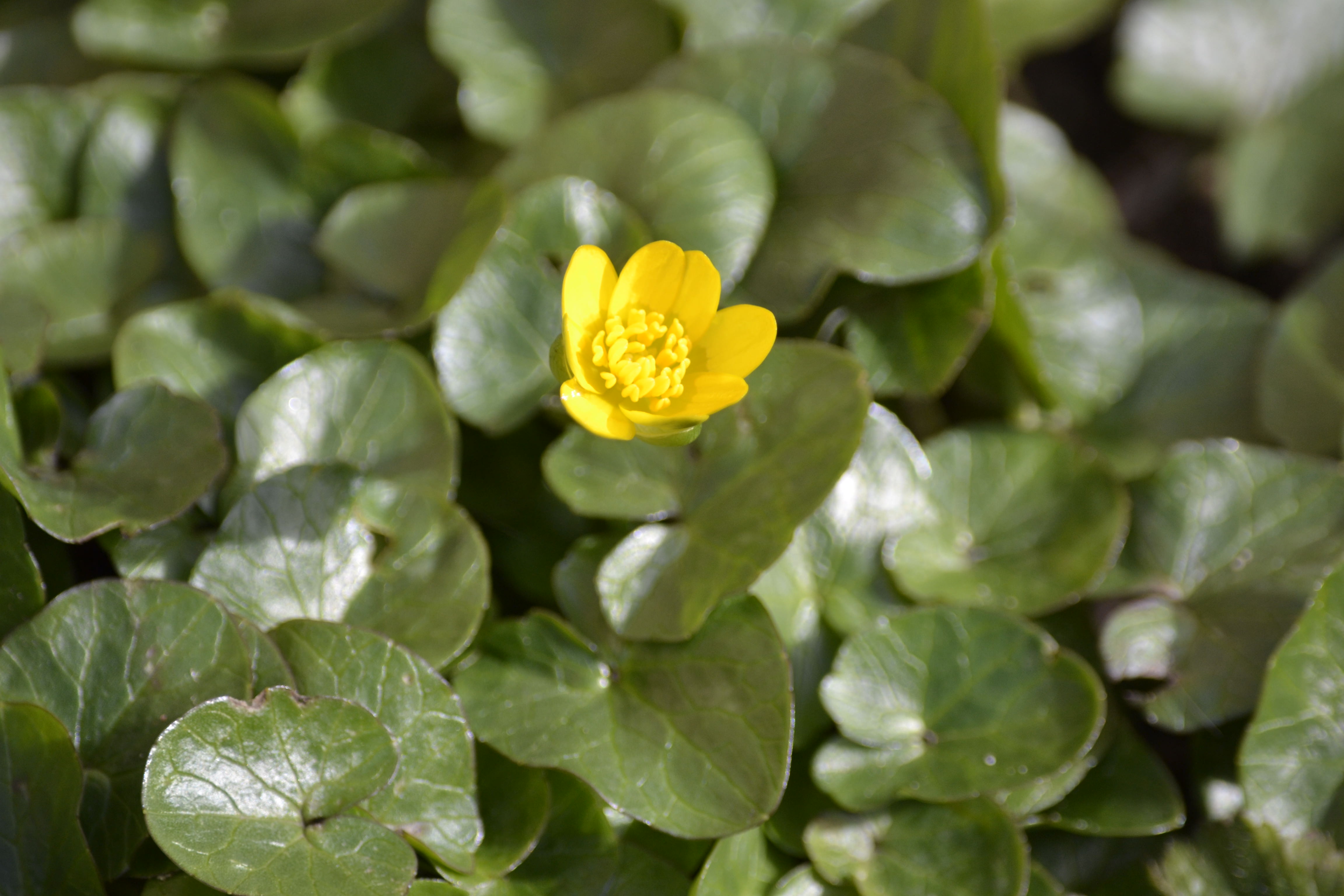 Edward Thomas also used the lesser celandine as the subject of this poem.

Thinking of her had saddened me at first,
Until I saw the sun on the celandines lie
Redoubled, and she stood up like a flame,
A living thing, not what before I nursed,
The shadow I was growing to love almost,
The phantom, not the creature with bright eye
That I had thought never to see, once lost.

She found the celandines of February
Always before us all. Her nature and name
Were like those flowers, and now immediately
For a short swift eternity back she came,
Beautiful, happy, simply as when she wore
Her brightest bloom among the winter hues
Of all the world; and I was happy too,
Seeing the blossoms and the maiden who
Had seen them with me Februarys before,
Bending to them as in and out she trod
And laughed, with locks sweeping the mossy sod.
But this was a dream; the flowers were not true,
Until I stooped to pluck from the grass there
One of five petals and I smelt the juice
Which made me sigh, remembering she was no more,
Gone like a never perfectly recalled air.

While a common wildflower I hope you’ve enjoyed learning a little more on the subject.