The last two days I’ve been out of school on first training. The training has been at the end of Sculcoates Lane in Hull. Surrounded by industrial buildings it seems an unlikely area to hunt wildlife. However I’m reading David Goode’s nature in towns and cities. This book is part of the Collins New Naturalist series. I’m thoroughly enjoying it. i bought it when the book was selling for 99p on kindle and it is certainly proving good value for money so far. Having finished the chapter on graveyards and canals I went to investigate the graveyard across the way on my dinner break.

The graveyard is an overgrown Victorian relic providing a decent woodland habitat. I could hear robins and blackbirds, although I couldn’t see them. 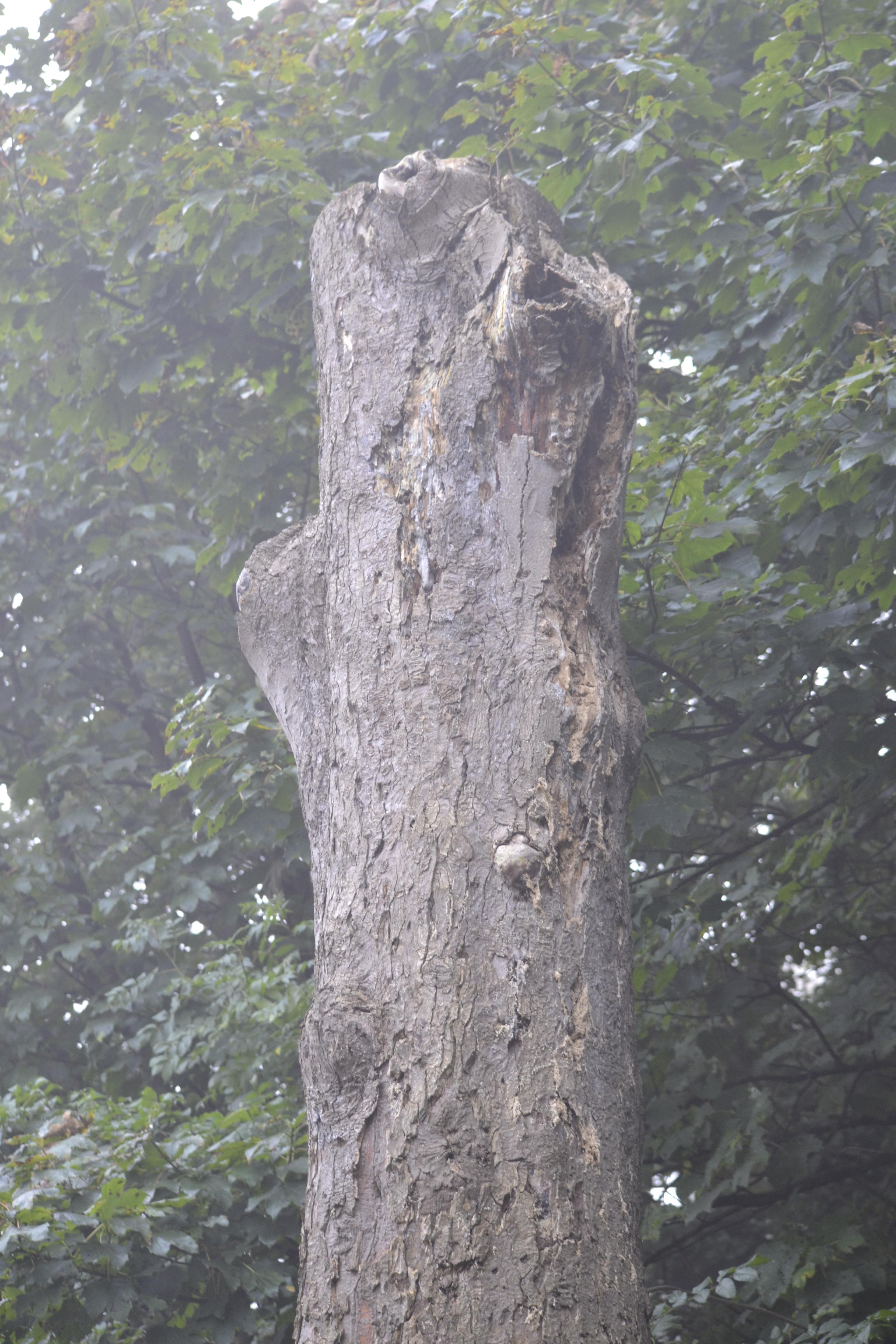 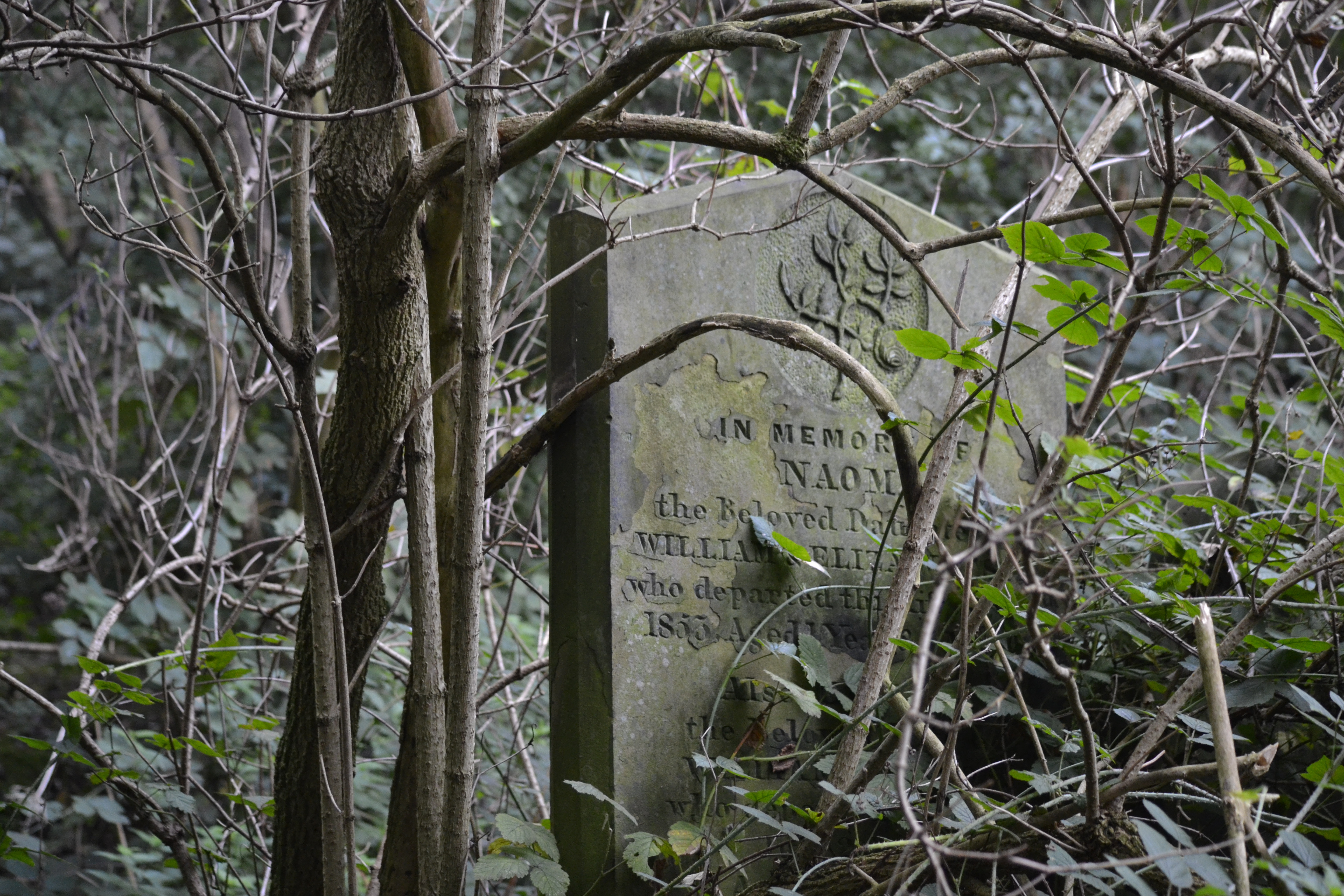 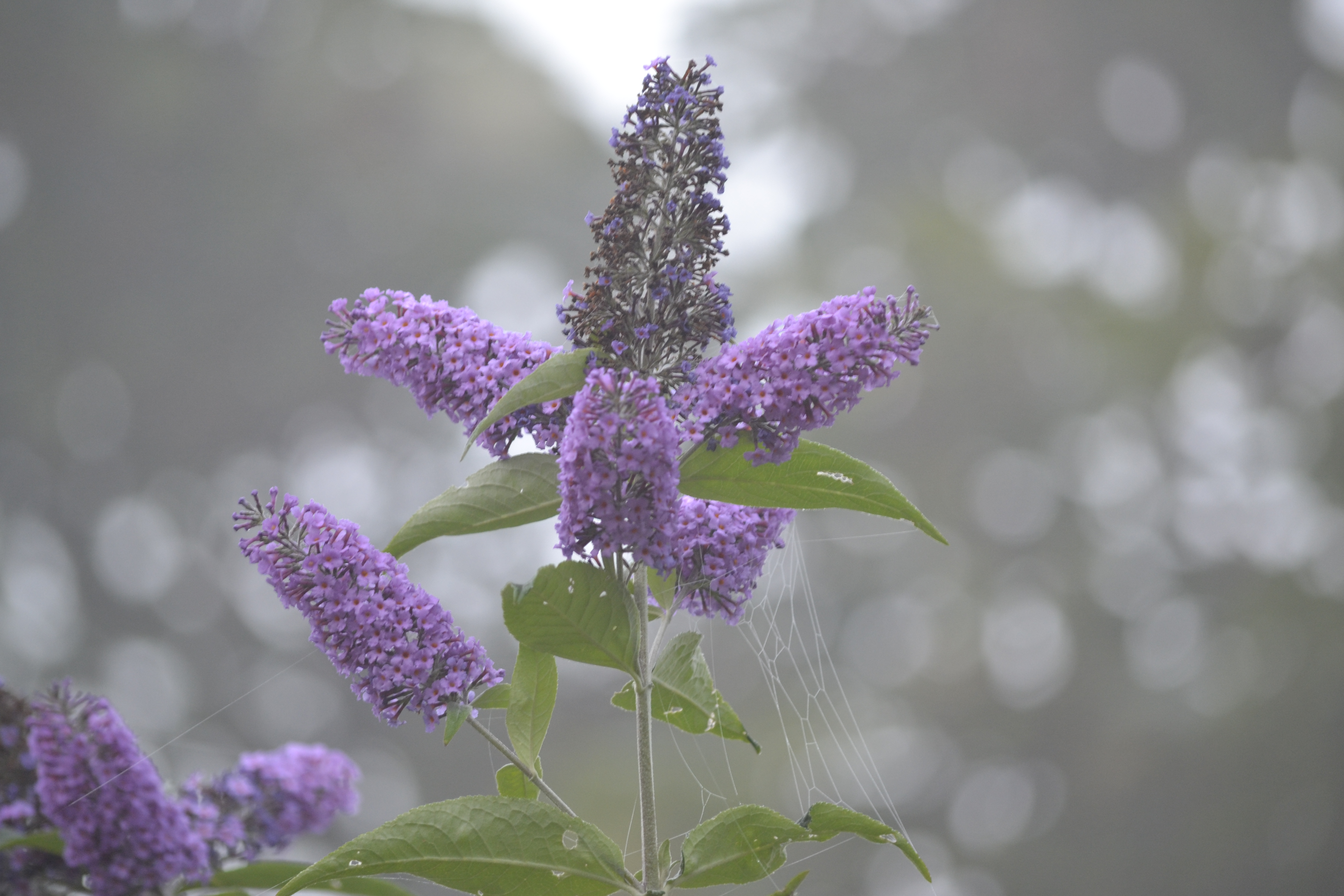 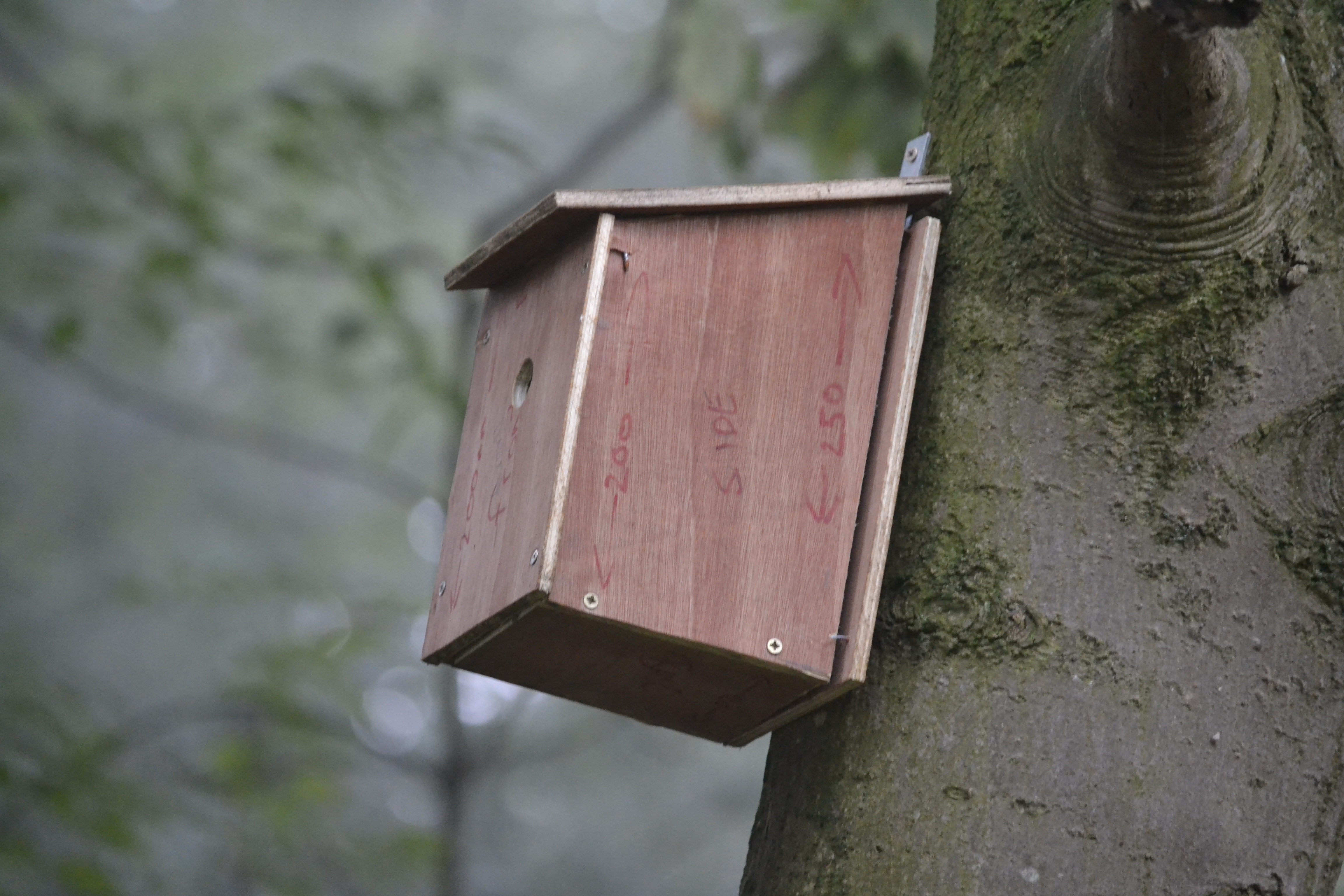 There were some signs of human habitation too. 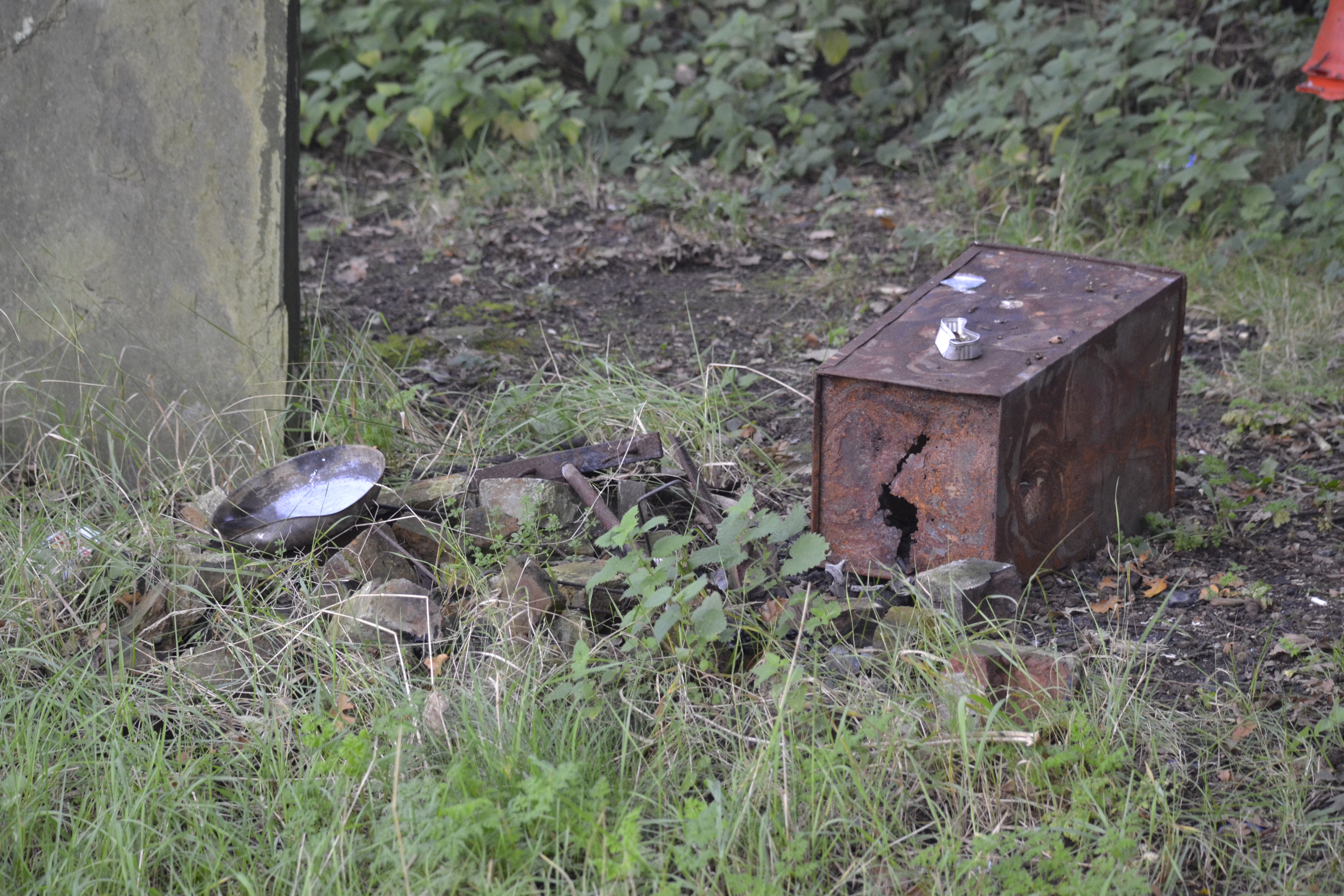 A little further along the road is the Beverley and Barmston drain. This winds through the city. My school sits further along the drain. While it isn’t the pleasantest habitat on the nose it is providing a rich habitat for waders with many ducks and moorhens enjoying the water. 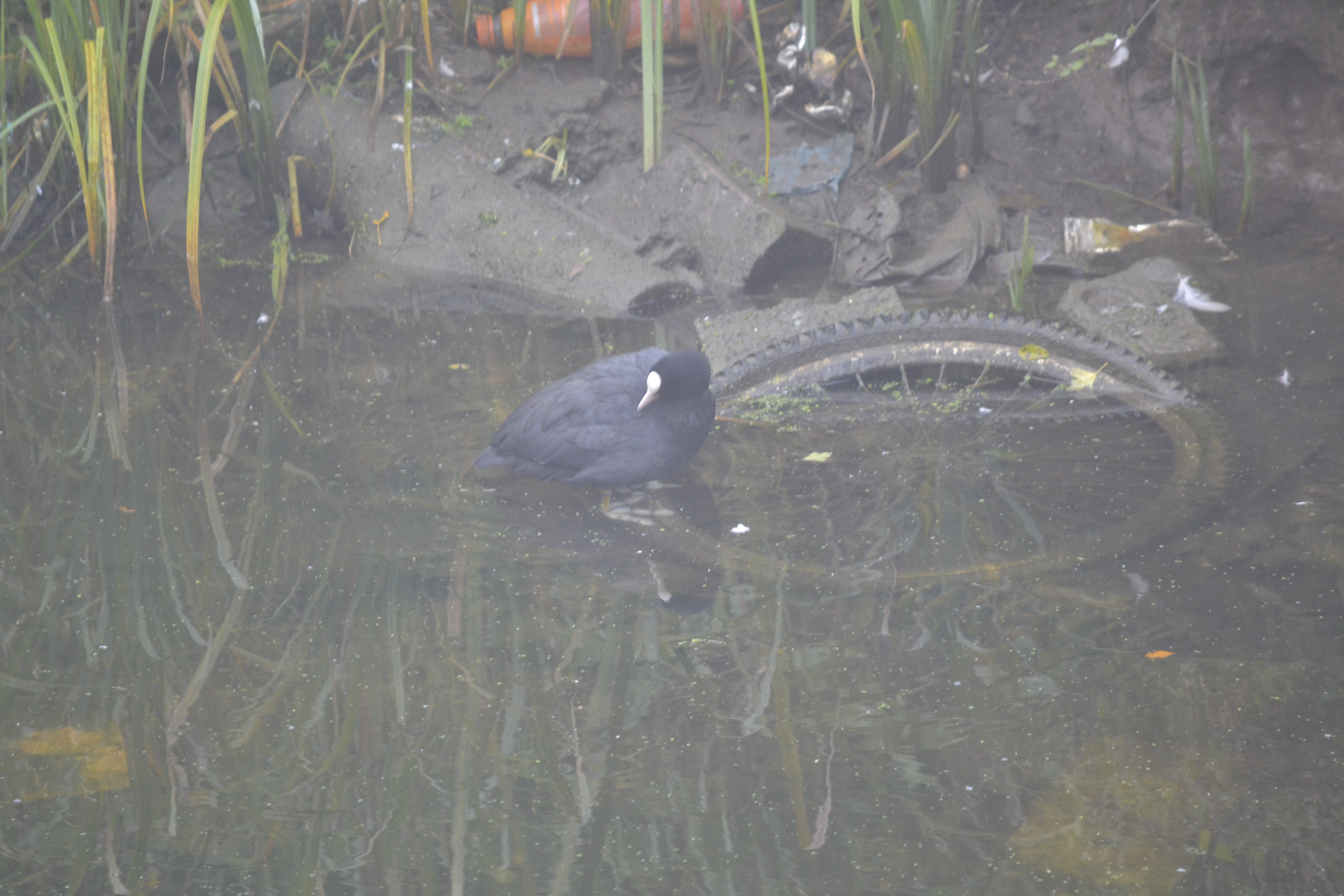 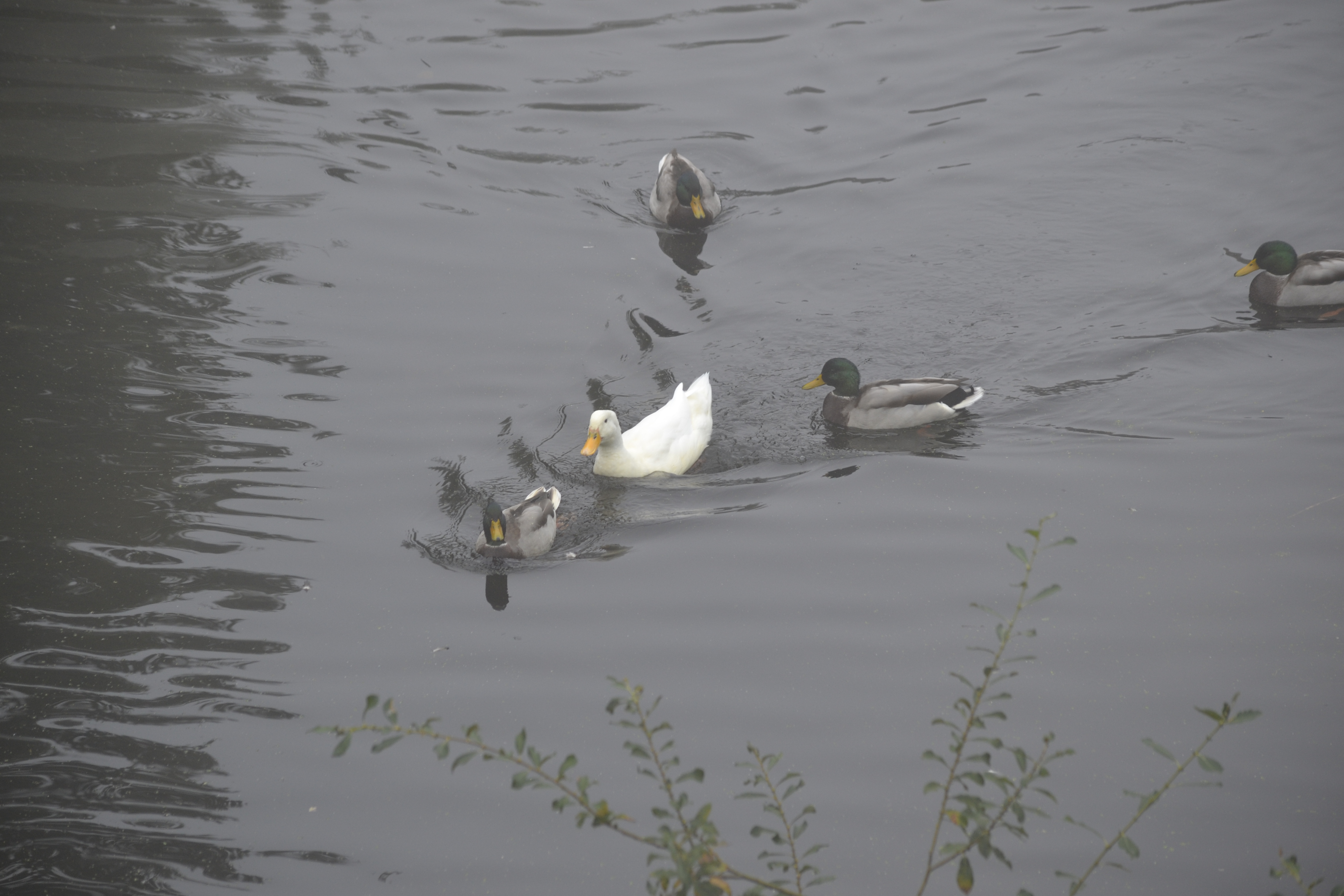 Much rubbish fills the drain. 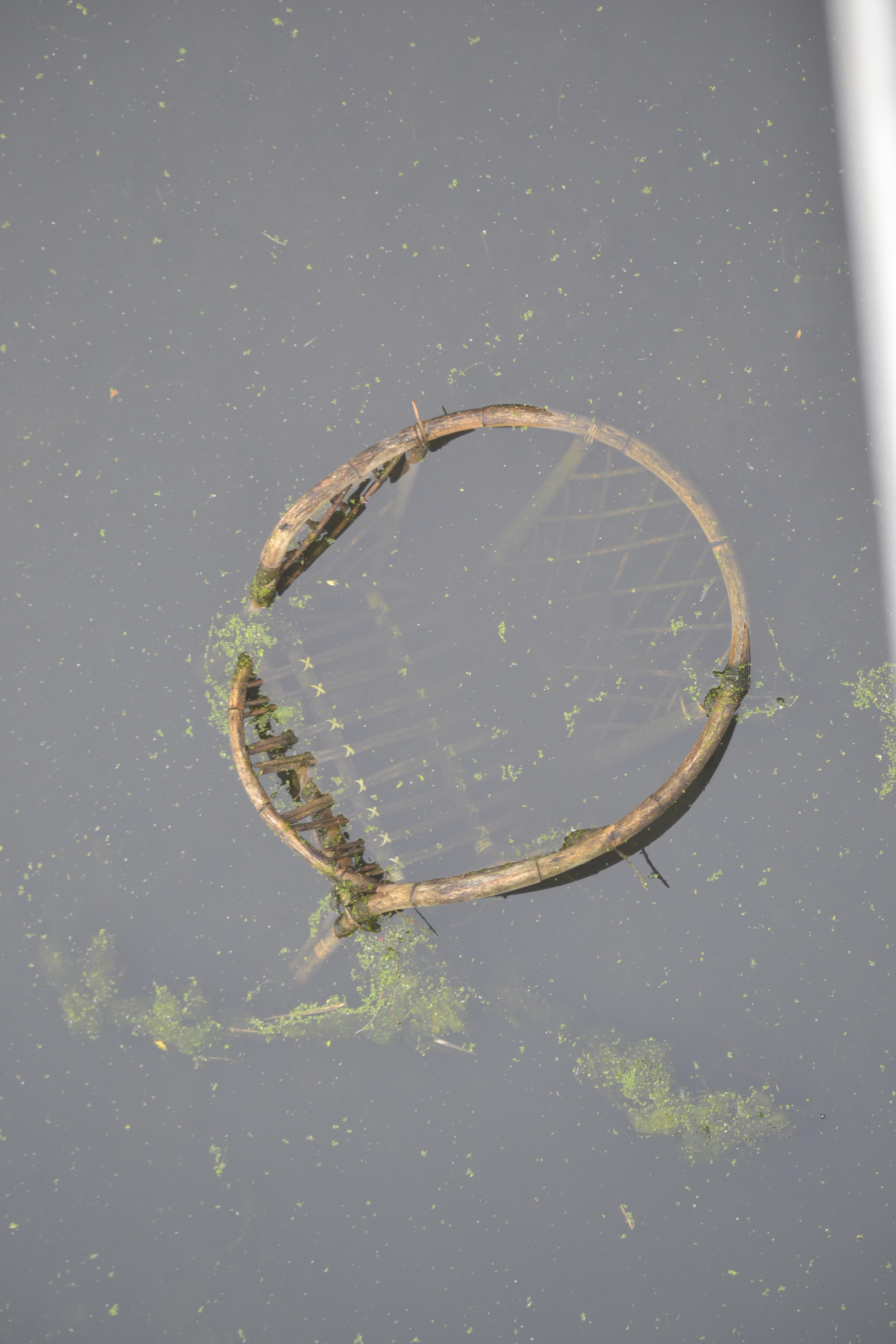 Alongside the path was the remains of a rat. Fairly inevitable in a city. 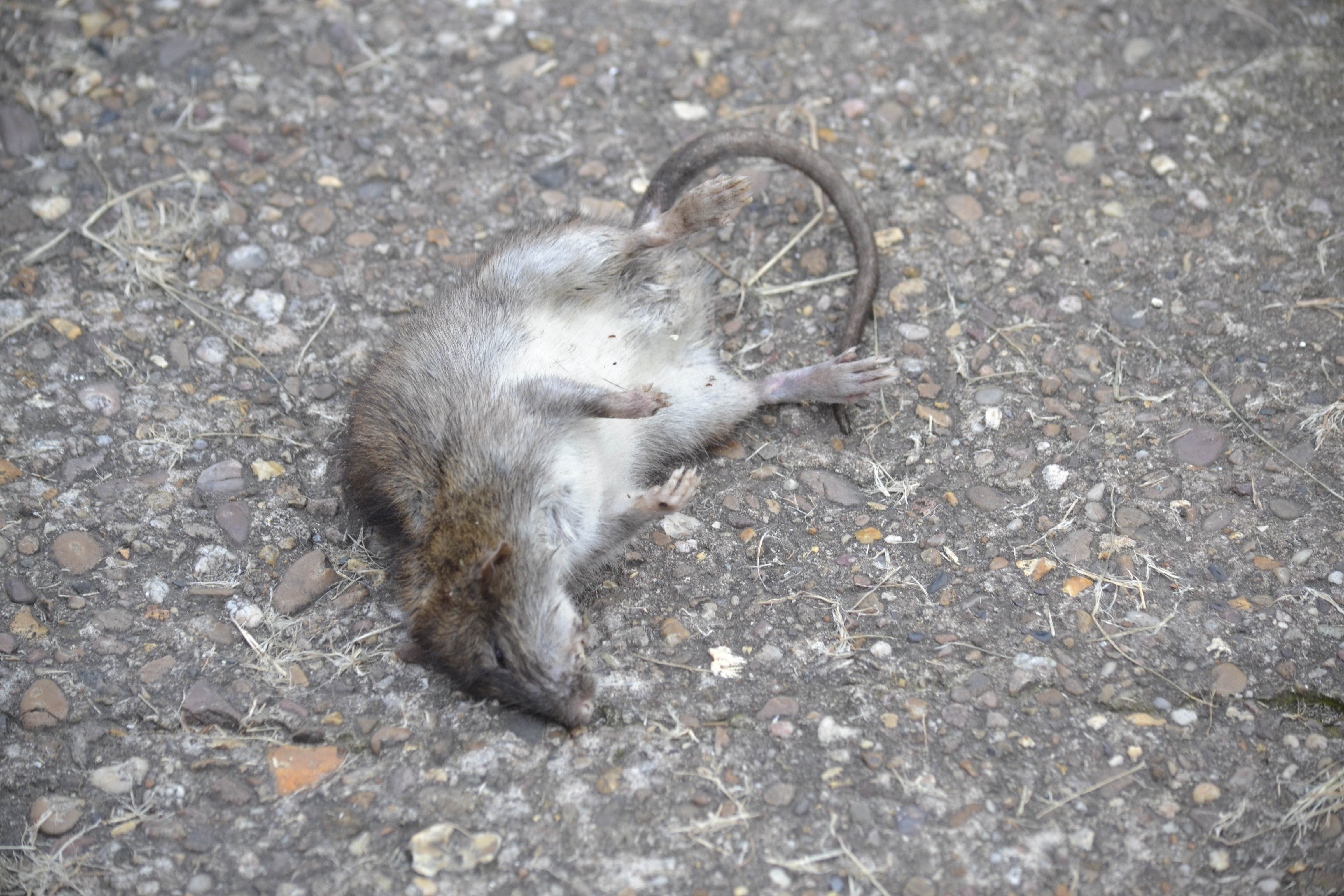 Wandering back to the first aid course I spotted something odd on the other bank. Looking through the cameras lens I was surprised to see it wasn’t rubbish, but a terrapin! Must be unwanted pets released. There were three apparently thriving. I’ve reported it to NSPCA to see what they make of it. 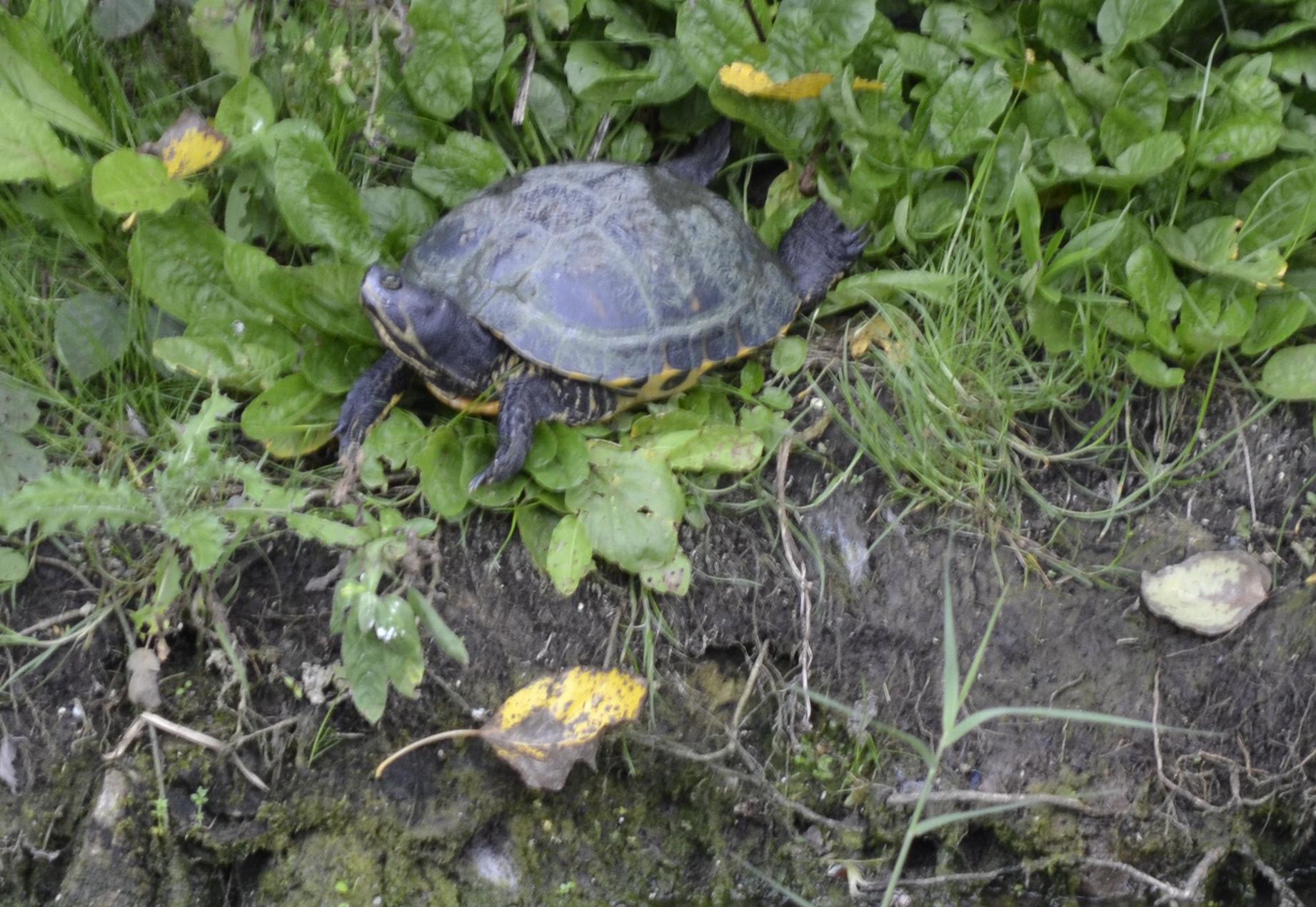 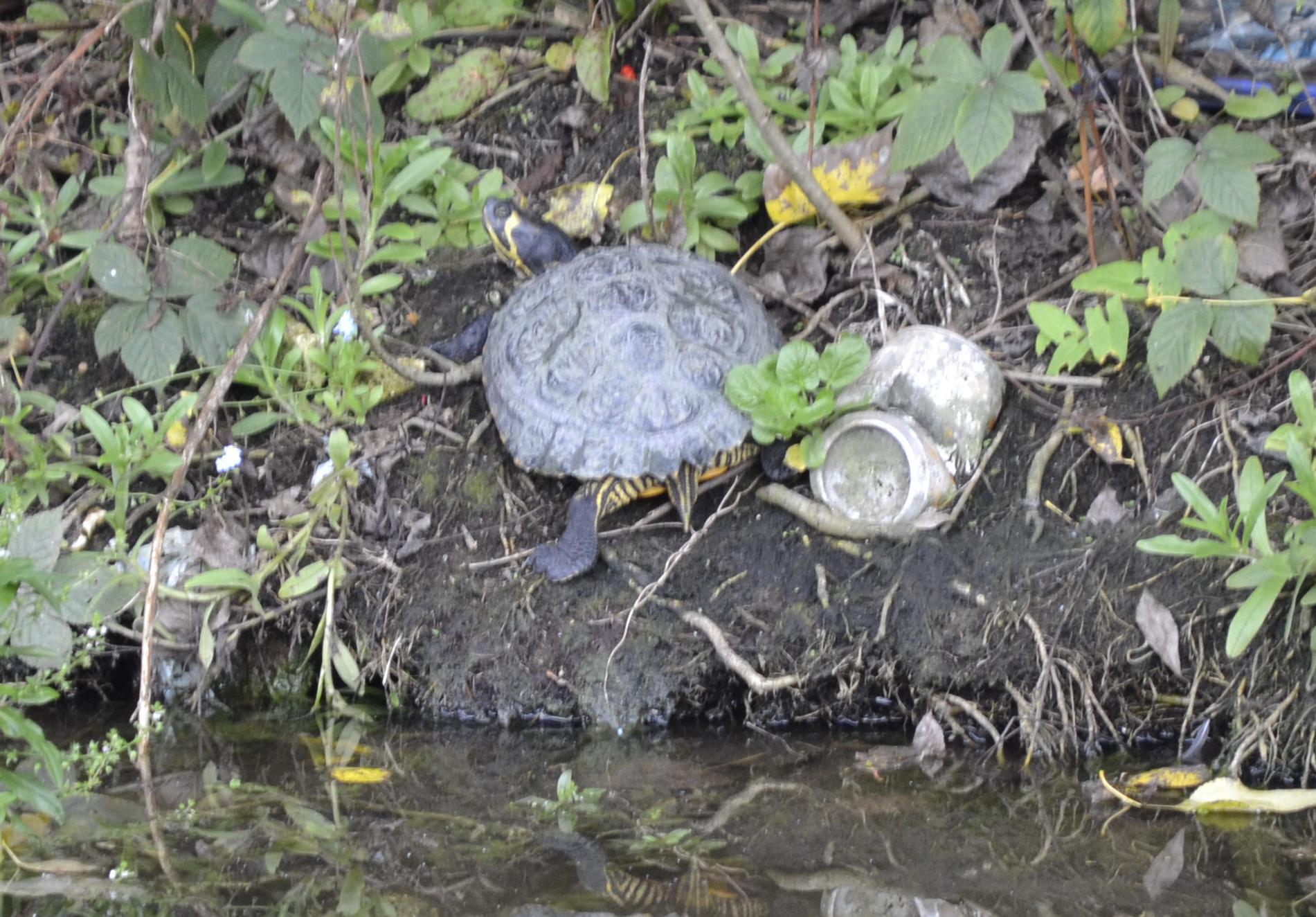 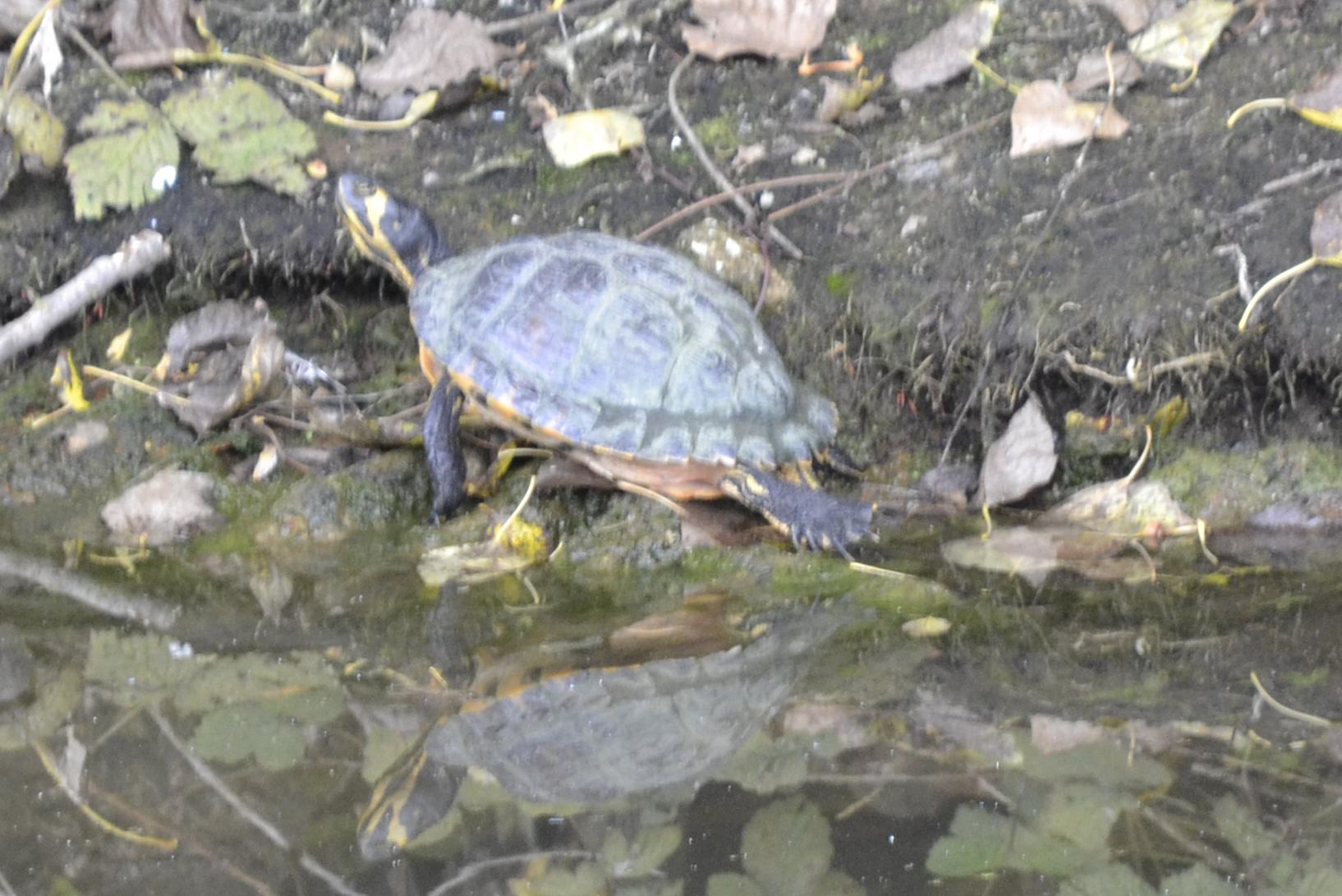 Certainly a few surprises today. It’s amazing the wildlife that can be found within our cities.