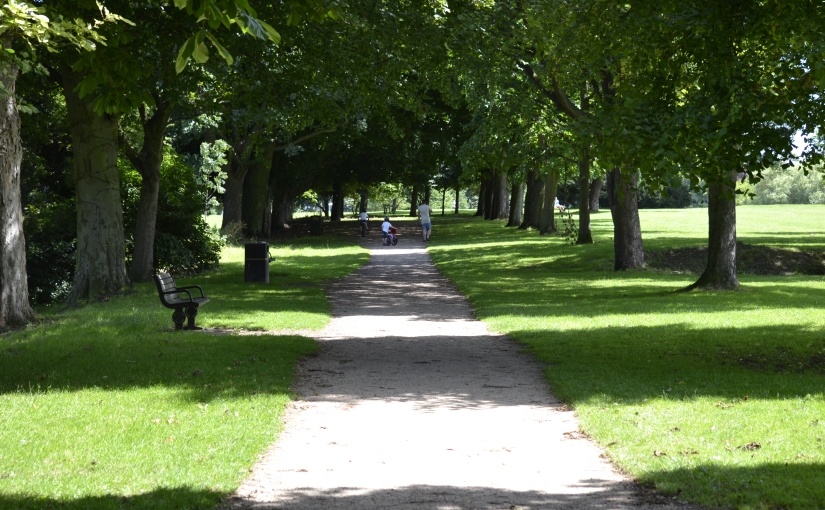 The woodland trust invite a tree for tea pack is back again. I used it last year with my class to learn about trees. The pack last year had a nice little ID guide, some games, treasure hunt. The pack this year again looks good. The premise is basic; trees are vital to us. But they are under threat, so the tree party is celebrating the value of trees, while raising money and awareness for the Woodland Trust. 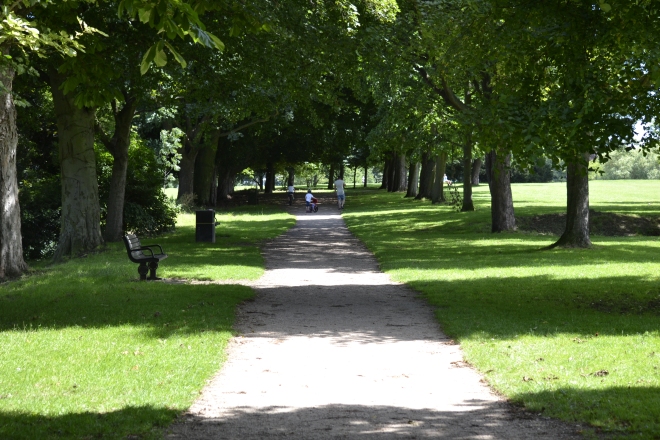 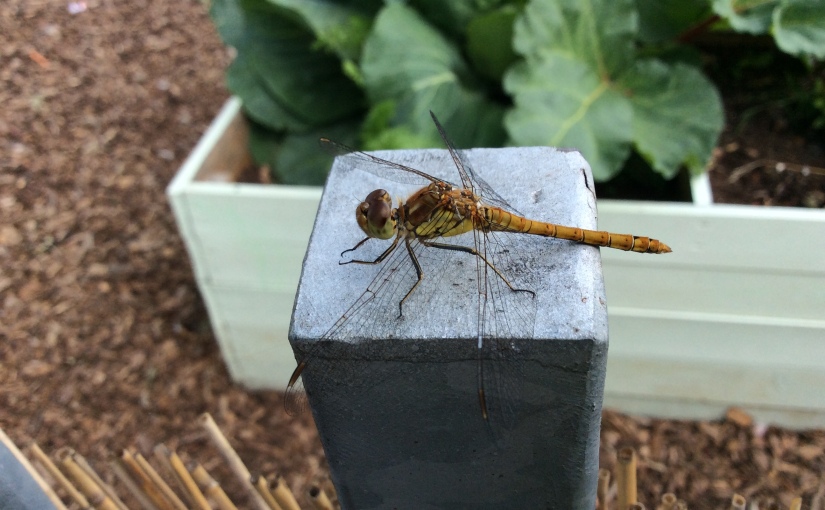 This week the gardening club have helped dig over the last of the plots. They’ve planted tomatoes, beans, chillies and courgettes. The children keep asking are the courgettes bananas, so probably a a good thing for them to see growing. There a bit wilted at the moment, but if I let the F2s in to water a few times next week they’ll flourish in no time.

While in the garden we had a drafonfly visiting. This fascinated the kids. Looking in the field guide I think it’s possibly a common darter. The lavender is bringing in the bees and seeing quite a few ladybirds in too. 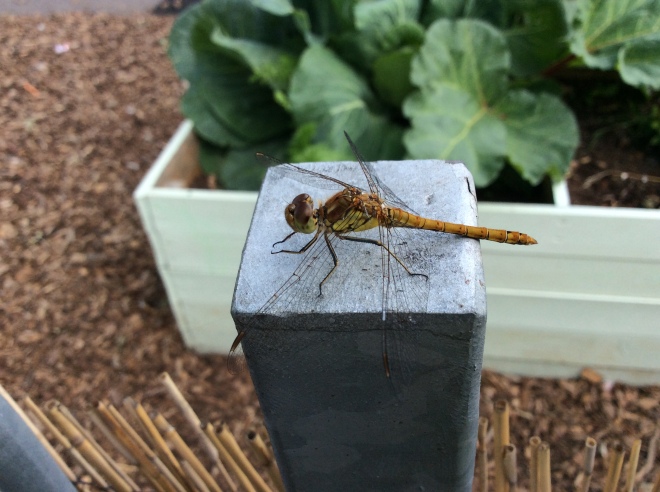 We had a local authority visit come to check my provision in my Foundation Stage. We got a positive report, commenting how children were focussed and how much mark making was going on outside. A lot of the boys were mark making too. In a city where this is an issue that was nice to hear. The outdoor provision has been my focus, so nice to know it’s improving. 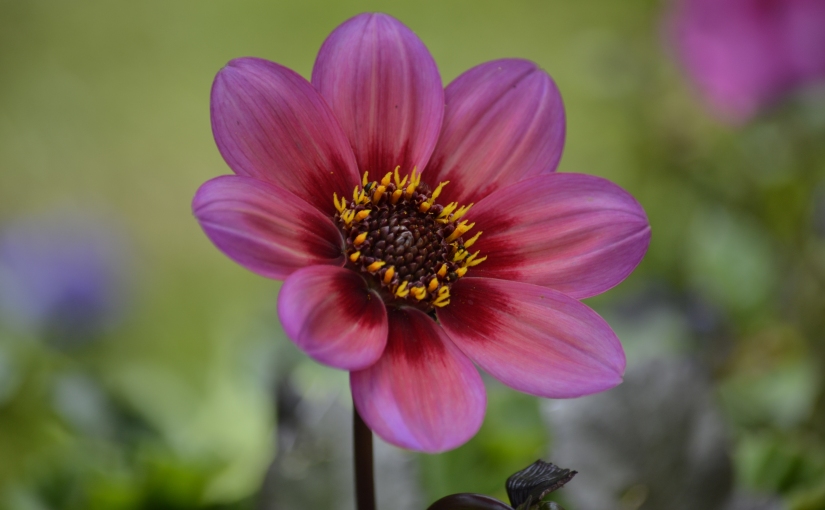 On Sunday we headed out to my parents for lunch.

Alice a nice time in her ladybird tent.

The bees enjoyed the passion flowers.

Then we went onto Amy’s sisters for her birthday. Lots of red admirals were out and about and a few moths.

Alice was excited to go on the trampoline. Although her feelings were mixed when on.

In my own garden the butterfly house is seeing visitors. Bananas I put out during 30 days are now attracting red admirals. They like their fruit matured a few weeks. So if you are looking to do the butterfly count leave fruit out now to over ripen. 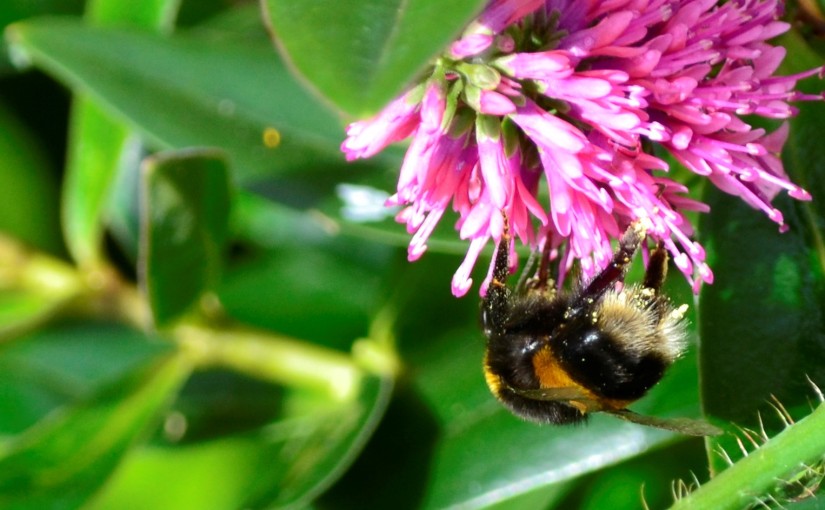 In every walk with nature one receives far more than he seeks.
John Muir

Yesterday had seen an unsettled night with Alice. She stubbornly refused to sleep on her own, so ended up resting on me until half 12. Then her morning nap was much the same. Thrashing and wailing all over the place. We don’t know if it’s teething, a reaction to the measles jab or something else and she doesn’t oblige by telling us. So I gave up on trying to put her down to take her out for some quiet time, pushing her around in the pram. Unlike many babies she doesn’t fall asleep that often in the pram. But I thought some time with her sat still might give her the rest she needed.

I head out round to the new housing estate. On the edge is a path taking you between what I think are wheat fields. The paths are pretty much only frequented by dog walkers.

Along the edge of the path, in the wildflowers, I saw a number of ladybirds. Some were native I believe, rather than the usual harlequins I see.

A lot of ringlets and red admiral butterflies criss crossed the verges.

The slugs and snails have been out all over the last week with the heavy rain, but now it’s starting to dry out they are making a retreat.

I took the footpath past the bunker. This path takes you through an overgrown area of brambles, bindweed, nettles and trees. It is a have for a whole variety of wildlife. Previously I discovered many robins and bluebells. On the walk up to it I passed a buddleja covered in red admirals.

The bunker is apparently a favourite kids play spot, which is nice that it can now act as a hideout den.

Around the bunker honeysuckle is starting to flower.

While walking along this stretch one of the dog walkers recommended a bridleway a little further out of town. A bridleway, for those who are unsure, is defined a path for horses. Motor vehicles are not generally allowed access and they are not for the movement of livestock. Walkers can use them and cyclists, although cyclists are meant to give right of way to others. While cyclists are allowed to use them there is no local authority obligation to maintain them to be suitable for bikes. The path was not overly suitable for the pram and at times was hard going. It did however bounce Alice around enough to put her to sleep, which is what I was hoping would happen. I wouldn’t recommend it as a pram walk though, but I was lucky that the ground was dry and the grass at a length I could push through.

The bridleway was a lovely route with fields either side, with house martins swooping over, butterflies, bees and hoverflies flitting along the edge. The path gently rolled upwards back to one of the roads out of Hornsea. I didn’t see another soul along the whole stretch.

A hoverfly on the nettles.

What I think is possibly a reed bunting. This is a new sighting to me to the area. I haven’t spent much time exploring the local farmland routes. As mentioned the pram is not really designed for this, but as Alice gets walking further we can get to know these paths better.

Damselflies mating at the end of the path.

On the way back home I spotted gull chicks venturing out of their nest on a roof.

As Alice was still sleeping I took a little detour through the park to give her longer sleeping.

I even spotted some mysterious activities going on at the town hall. They’ve possibly come to unmask local MP Graham Stuart.

So Alice got a decent sleep in the end and I’ve found out about a new path and seen some new wildlife. A good trip out. I’ll finish with a photo of the hebe I got for my birthday. It’s flowering now and is a lovely colour. The bees are loving it. 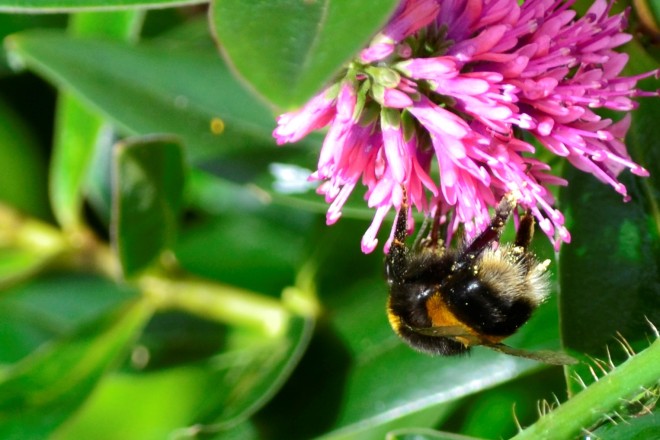 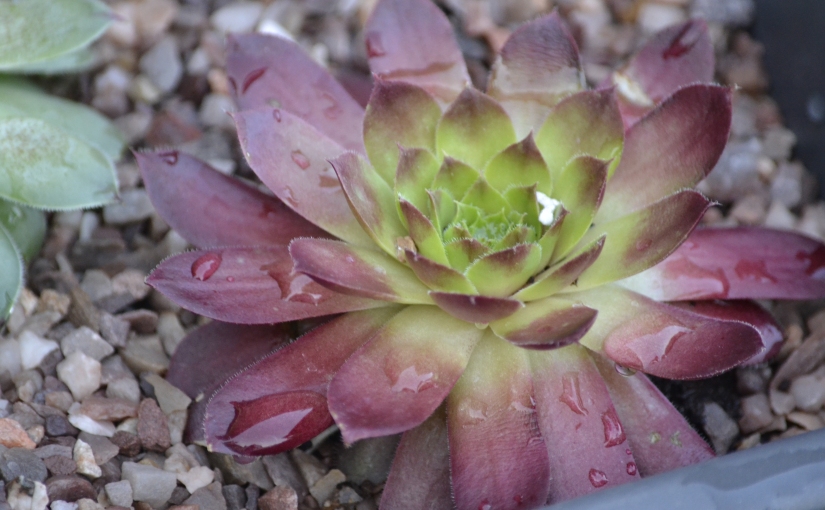 Kindle seems to of decided that this is a good month for gardening books. There are three RHS books on offer currently.

A book encouraging you to slow down and appreciate the garden.

While my garden isn’t tiny I still like to hear advice for small spaces. Were working out what to do with the patio area, so may get some useful tips here.

Again this may give me some ideas for the patio. It looks like a rockery planter on the cover. Having planted a few alpines recently to please Amy I think she’d like something like that. 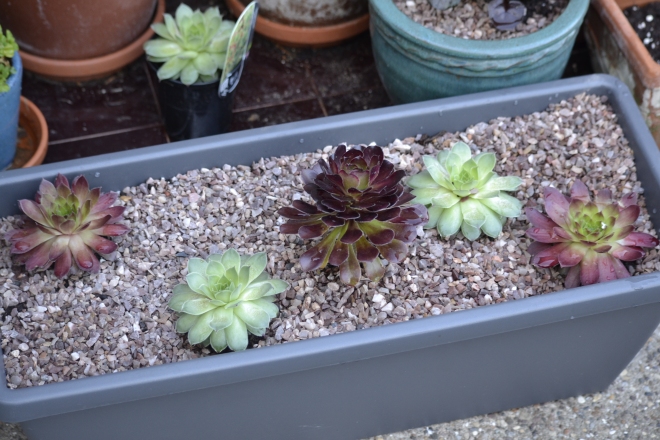 The last recommendation isn’t RHS. Margery Fish-cottage gardens. Coincidentally Margery Fish was discussed on Gardner’s World this week. My mixed border and mix of self seeders would be approved of by Margery. I have a number of her favourites growing. From a few wild flowers on the walls, foxgloves and hollyhocks to the geraniums. I think this book will be well suited to my haphazard mix.