Today started with catching up on the last Springwatch. Alice was a bit more interested today. She seemed to like the owls, but less interested in kestrels.

Then after her nap we headed out. Today was open gardens in Hornsea. A handful of generous people opened their garden to the public for a donation to raise money for Marie Curie cancer charity. The first we visited was down by the mere was owned by an ex-teacher who now has a workshop making lovely sculptures. Some willow, some metal. Many were on display in her beautiful garden. 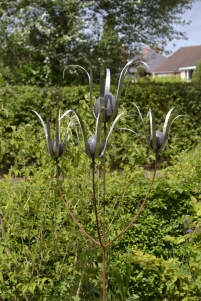 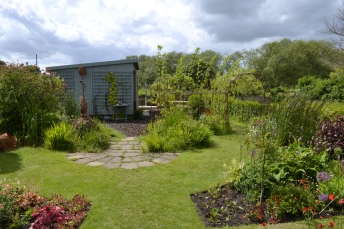 I particularly liked that they had made use of the field behind their house. They’d set up a seating area to look out onto a field of wilderness owned by the mere. I also like the pond adding to the biodiversity.

The second was just near one of Amy’s sisters. The back gardens are small courtyards overshadowed in part by their neighbors houses. To get to the house we went round the back alley. The couple who owned the house had moved up from Peterborough two years ago. In that time they’ve clearly put in a lot of work on the garden. Though a relatively small space they had worked wonders making a lovely hideaway. We stopped for tea and scones, which didn’t do any harm to the enjoyment of the garden either. Alice enjoyed digging in their slate path, picking and dropping the stone. 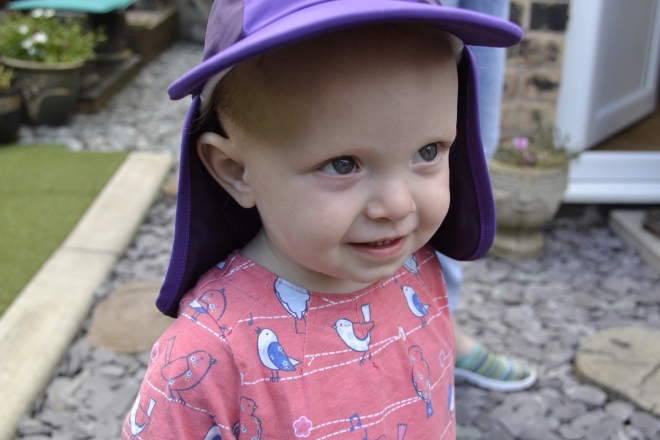 The next garden was long and narrow with a slope and a little pond at the bottom. He said he’d just been in a year, so doing pretty well so far. I saw a good variety of bees: carder, white tails, miner and what I think were some solitary I didn’t know. 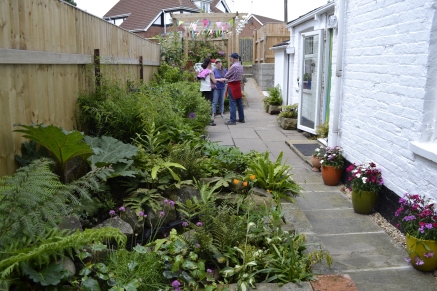 The next garden of over the memorial gardens. It had a decent sized front garden with a long patch of lavender at the front. There was also some interesting black plants, which I’m seeing around more recently.

The back garden is on several tiers with a pond lower down and larger trees up the slope. The large size of the garden allowed large blocks of planting, which looks more impressive than what I can manage within my garden. 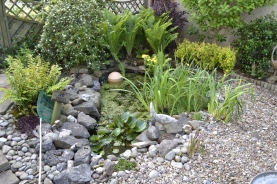 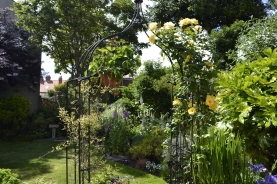 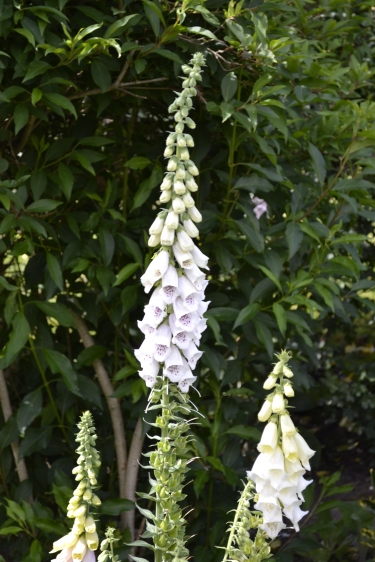 There was even an air raid shelter built by the French posted in Hornsea.

The next garden had a lot of Buddhist and Chinese influences with statues and bonsai dotted around.

We didn’t notice on entry, but in the corner was a chicken coop.

The next garden had lots planting for wildlife, bird feeders and insect homes. Alice enjoyed having a good explore. Lots of planting to my taste honeysuckle, lavender, clematis and foxgloves. Lots to attract in insects. 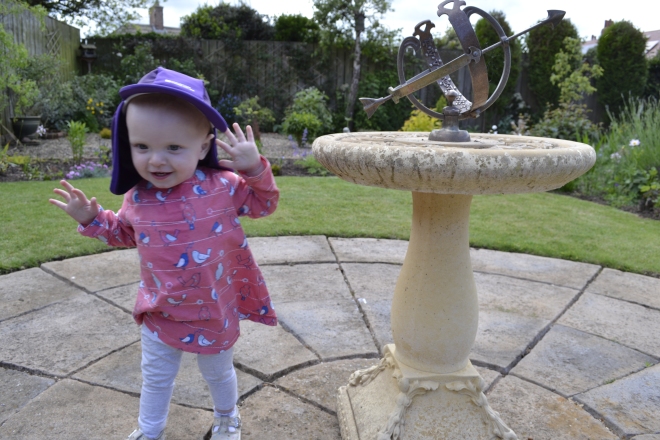 It was getting late on, but one more garden owner kindly let us have a look around even though it was the end time. It was a massive expanse, with paths winding around the garden. The kids were very lucky with a tree house hidden away.

I spotted a number of speckled wood butterflies hidden up high and plenty of Bee activity all over. 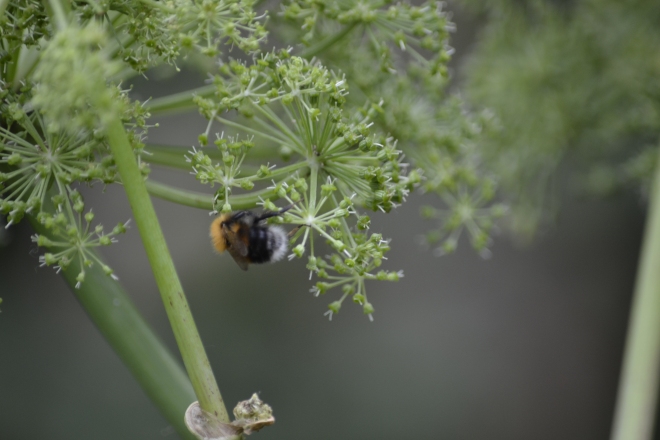 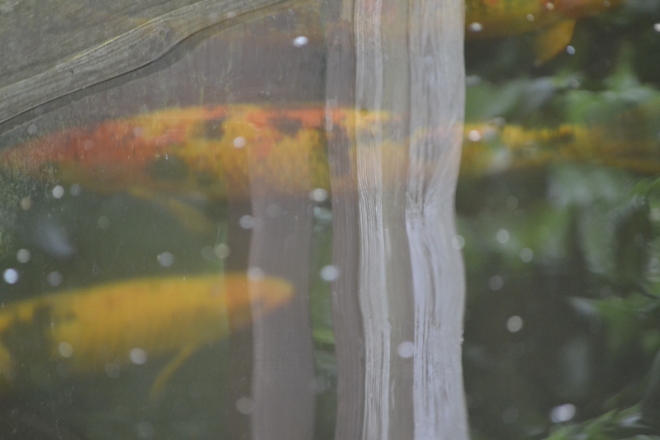 We didn’t make it around all the gardens as we had a late start after Alice’s nap. But the ones we did get round were spectacular. I’m grateful to the owners for opening up. Not only as it raised money for a good cause, but we also had a lovely afternoon pottering around. I think within my garden I need to look at larger clumps of the same flower for effect rather than all spread around. Then I need a better height progression in my borders. A very enjoyable afternoon and weekend.