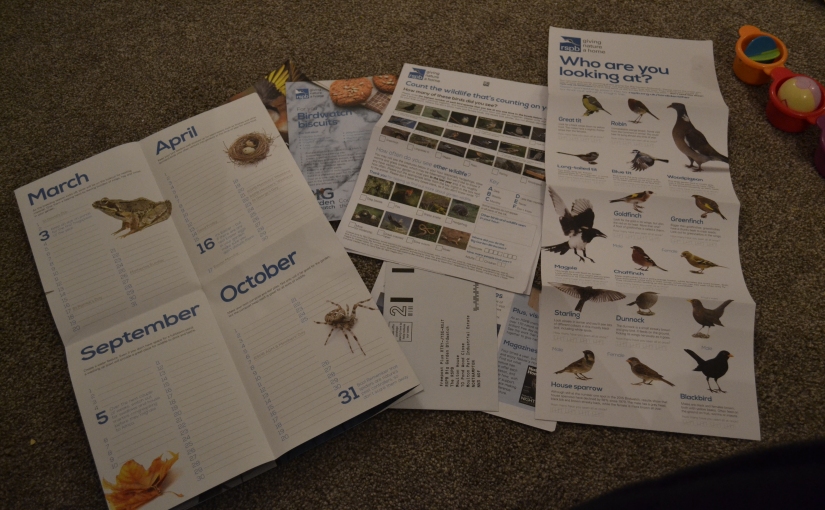 The last few days has seen snow come to Hornsea. It’s the first time Alice has seen snow. I wasn’t there to see Alice’s reaction, but apparently her face was a picture. 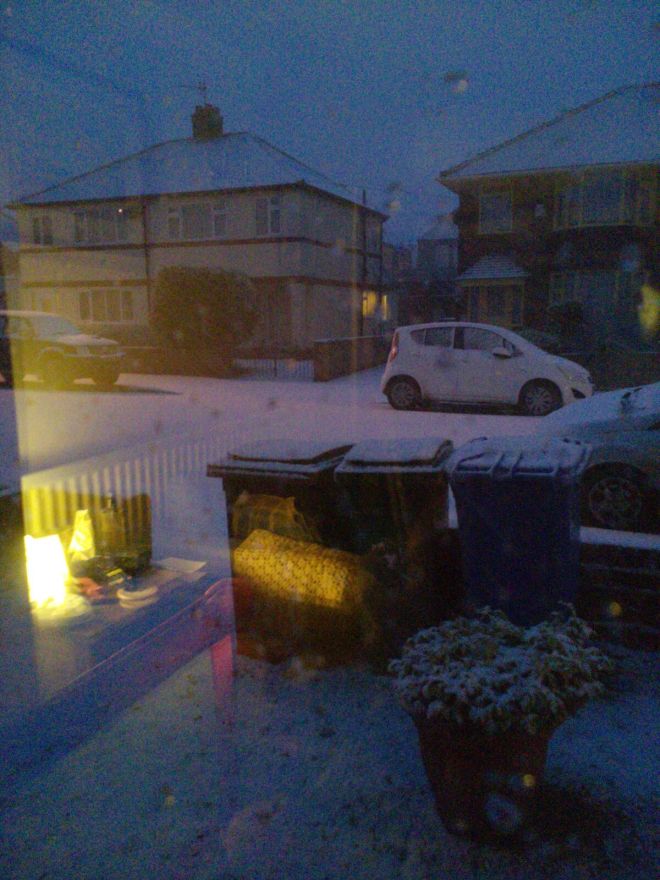 With the snow unfortunately came a storm and has flooded the roads on the sea front. So we will be avoiding walks down along the front for a few days.

This week I received my RSPB Big Garden pack. This is the worlds largest wildlife survey according to the RSPB’s claims. Simple idea, sit and watch your garden for an hour and record which birds come in. It has been going since 1979 after featuring on Blue Peter it went big. It provides one of the best long term studies of garden birds numbers. From the results the RSPB know which birds numbers are down and which could do with our help.

last year the top 10 were as follows:

Within my garden starlings will probably come out top, but we may have some more unusual visitors being by the sea with various gulls visiting regularly.

The pack contains some useful identification sheets. A wildlife calender for what to look out for through the year. They even threw in some ground coffee to drink while watching. Although as a coffee hating tea drinker I will be giving that a miss.

In the build up I’m going to be trying to makes sure the birds in my garden are being well supplied on the feeders. With the solid ground and snow they will struggle for food sources, so more than ever they need a good stock.

Alice is getting more mobile. She is pulling herself up, crawling and standing with small support. It won’t be long until she’s walking on our adventures out.

3 thoughts on “Snow and Birdwatch”